Both visited The Mote Sports Club in Maidstone on Sunday while Boris was playing cricket for the House of Commons and Lords XI against celebrity side Lashings.

After top-scoring with 27 not out for the Westminster team, Boris happily posed with a sign supporting World Squash Day, which takes place on Saturday October 10th.

He said: “I love playing squash and Unicef is such a good cause. I hope it will be a very successful day.”

Sports Minister Tracey Crouch, the MP for nearby Chatham and Aylesford, popped into The Mote Squash Club to meet several constituents and I took great pleasure in showing her the club’s impressive development plans, which include an all-glass showcourt.

She said: “I love all sports and used to play squash many years ago. World Squash Day looks to be a superb project.”

Lashings are already big supporters of The Mote Squash Club, with signage on all four courts.

The Mote are holding a 24-hour World Squash Day marathon, which already looks like extending to 32 hours, starting with a women’s racketball morning and school groups, embracing the usual Friday night and Saturday club activities, and finishing on Saturday evening with a big party!

Clubs and federations all over the world are gearing up for World Squash Day, with full details and ideas for events published on the WSD website: www.worldsquashday.com

Many squash clubs are full of happy and healthy youngsters and World Squash Day gives them the opportunity to do something special for children all over the world who are in desperate danger because of natural causes such as floods or earthquakes, or because of conflict in nations like Syria causing mass migration and placing children in enormous danger.

World Squash Day is raising funds for Unicef, the world’s largest children’s organisation. We have launched our own Just Giving page here, so please get those donations rolling in. 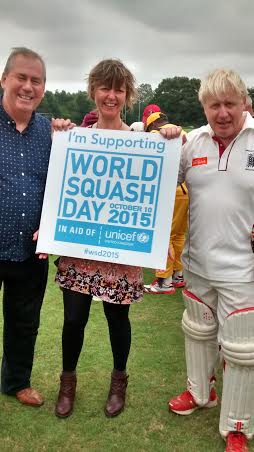 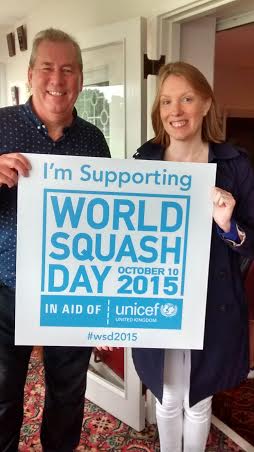