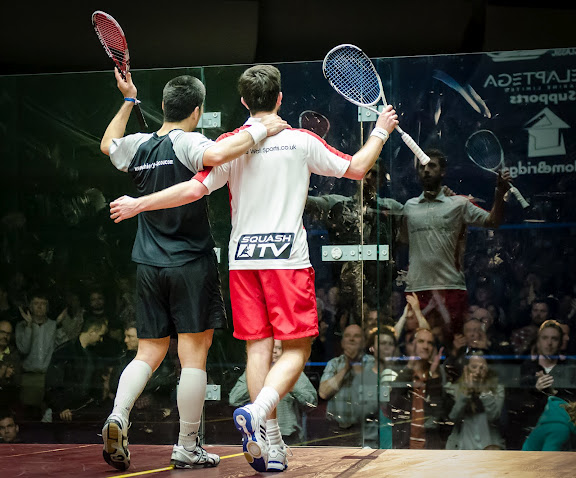 Leaving aside for one moment the reported discussions between Alex Gough and a PSL referee, it was revealing to learn that the PSA boss had been given a hard time by Sky TV and the new BT Sport channel because they felt top-level squash had too many stoppages caused by lets.

The issue certainly has costly ramifications for squash if that is regarded by major TV channels as a reason to justify NOT covering the sport. This is not a new issue. I have written many times before about the often-toxic relationship between professional players and referees.

Other racket sports have nets to separate the players. But not squash. Because the nature of our game requires both players to seek to dominate the same piece of floor space inside the court, our game is prone to accidental or sometimes deliberate physical contact.

We have our own unique lexicon to cover these events, with words and phrases like interference, direct access, clearing the ball and, my favourite, minimal interference. 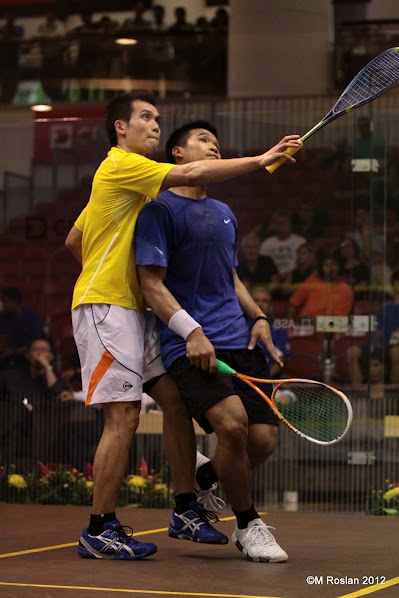 We teach our players to minimise the risk of causing such events by hitting the ball into the four corners. We teach our players incredible footwork patterns to try to improve their movement around each other on court. But still the lets keep coming.

Because of the speed of the game, it’s not always possible to be in perfect balance as you chase the ball to the front of the court, play a drop shot and try to complete a smooth exit to allow your opponent “direct access” to the ball … especially if he or she has read your intentions and their forward movement, with an optional push in the back, has prevented you from completing your retreat.

Many professional players are often just as guilty as their club counterparts in hitting straight drives that bounce around the middle of the court.

If the ball bounces around the front of the service box, then the incoming player is likely to be impeded by his opponent as he tries to get out of the way.

In the back corners, club players often have the misguided notion that, after hitting a shot to a decent length, they must immediately get back to the T area. Wrong. Their immediate priority is to allow their opponent a direct line to the ball, and adapt your footwork accordingly.

Just watch the footwork patterns of the top pros as they move around each other in the back corners, allowing each other just enough room to get through, sometimes with the occasional brushing of shirts and shoulders.

Sometimes an elbow might be involved. Sometimes not enough room is given at all. That’s when the fireworks begin, and a talented referee needs to be aware of all these subtle episodes to keep control of the match.

I believe the video appeal is a huge advance for the game, especially when the crowd are involved. But this too has produced irritating little side-effects, with the spontaneous flow of applause at the end of a game or match often delayed while the losing player opts to use a spare video appeal just for the sake of it.

Many players feel that if referees seek to manage matches at the highest standard then they need to have playing experience close to that level to understand what happens on court.

I wrote an article some months ago when I voiced the opinion that successful promoters in other sports would not allow the situation surrounding rules and referees to deteriorate to the detriment of the sport as we see so often in squash.

A professional organisation such as the PSA really ought to be recruiting former players and training them to the necessary standards, but apparently not a single PSA member sees this is a chosen career-path (let alone offer to help solve such a damaging dilemma).

At the moment, the PSA relies on the World Squash Federation to appoint referees on their behalf. These men and women take their job seriously, work hard for their qualifications, and genuinely love what they do.

However, many players feel that if referees seek to manage matches at the highest standard then they need to have playing experience close to that level to understand what happens on court.

Therein lies the great conundrum. If professionals ignore this call of duty, then they can hardly have any grounds to complain that those who occupy the chair in major events may have come from a lowly club background.

At the moment the chosen route in the UK is from club teams to county matches, sanctioned junior tournaments, then upwards to the PSL, BSPA, WSA and PSA events.

My own county chooses to give would-be referees every encouragement to move up the ladder,but the response is minimal. Where do these referees come from? My own research shows they are probably playing in Box Four at your local club.

My colleague Lee Horton has launched a brilliant Squash Mad campaign to get three-time world champion Nick Matthew on to the shortlist for the BBC Sports Personality of The Year.

We would love to see the whole sport start lobbying the right people to make it happen. Former champions have been either ignored by the BBC or given scant recognition for their successes in one of the most brutally physical of all sports. 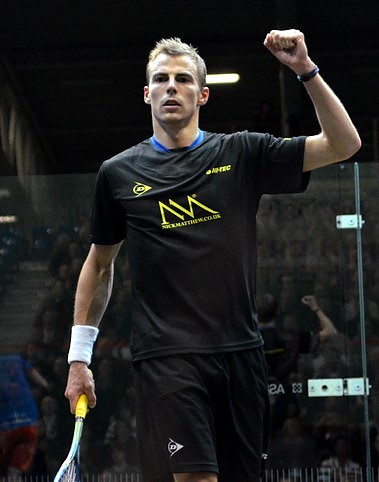 James Willstrop revealed last year that he had declined an invitation to attend the show for that very reason. Peter Nicol once recalled being sat between a famous tennis player and a world-class athlete who talked across him all evening.

Nick Matthew, however, joyously attended last year’s show and stayed up half the night partying with his good friend Jess Ennis, a fellow athlete from Sheffield who finished runner-up behind cyclist Bradley Wiggins.

This year’s SPOTY show is being broadcast live from Leeds Arena. Let’s hope Nick Matthew is a big part of the show.

Nick Matthew has had the showcourt named after him at his home club, Hallamshire.
Following our story about the Hawkhurst club staging a 24-hour marathon to raise money for Unicef, Hallamshire got in touch to mention their world record marathon attempt in aid of the NSPCC.

They said: “As part of our efforts to make greater awareness of the NSPCC and to raise funds for the ChildLine Schools Service in Sheffield, Hallamshire is attempting to break the Guinness World Record for the longest game of squash singles ever held hopefully beating the current record of 31 hours, 35 minutes and 34 seconds.

“Four Hallamshire members including Thomas Murton, 26, Josh Park, 19, Adam Snow, 21 and Alex Lewis, 21 will take on the challenge and attempt to play against each other in pairs on two courts for up to 36 hours (which is the target they are aiming to reach). The climax of the WR will take place around 7pm on Wednesday November 20.”

We send them our best wishes and look forward to lots of sponsors coming forward to support this very worthwhile cause.