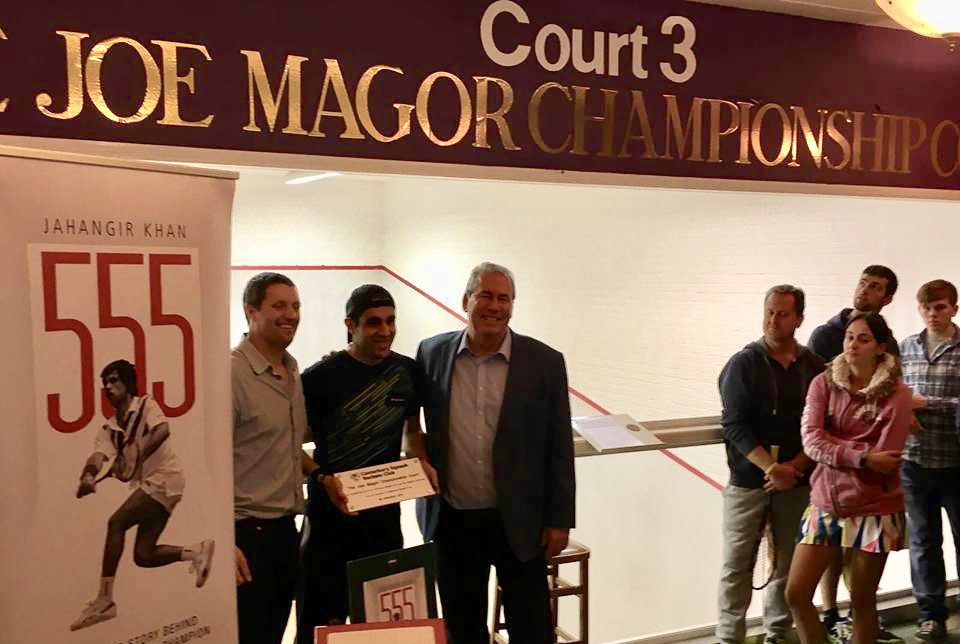 Tribute to the busiest man in squash

When you are invited to a special function to name a court in honour of someone who has devoted years of their life to squash, it’s usually because that person has moved upstairs to the great glass show court in the sky. Squash heaven is a place where every shot hits the nick, the showers are always warm, and your post-match massage, after a glass of champagne, would be both soothing and … sorry, that’s enough about the after-life.

In the land of the living, superstars such as Nick Matthew, Nicol David and Sue Wright have all had courts named after them while they were still playing, but, at club level, usually the Grim Reaper appears first.

It’s a nickname I have endured for years while working as an MC, because you always arrive at court-side right at the death, ready to grab the winning player for an interview before they leave the arena.

Last weekend, I was invited to do the honours at a special function to name a court at Canterbury Squash Club, in Kent, in tribute to a great friend who is one of the busiest guys I know in squash.

Canterbury had recently refurbished their two main courts, installing glass panels on the balcony to improve visibility. Thoughtfully, the clip-on markers’ desks included a drinks container, thanks to a great bit of design work by England vets international Duane Harrison, with input, no doubt, from Tony “Peroni” Gamble.

The recipient of the nomination was blissfully unaware of what was to follow, simply because he was up to his neck organising the Canterbury Open Graded Tournament, with cash prizes for each of the four divisions, which helped to produce the usual healthy entry list for any event he runs. He had also taken the trouble to arrange a fund-raiser for young Sussex player Sumner Malik, who is awaiting treatment to deal with a brain tumour.

It was touch and go whether I could make the ceremony. It was a Saturday night and I had been in bed for two days with a hacking cough. But, thinking about Sumner and what he and his family are going through, and the fact that I didn’t want to miss the occasion for such a deserving individual, I made the short journey to Canterbury and my throat held up long enough for me to hold a short talk about the book I have co-written with Rod Gilmour, Jahangir Khan: 555.

At one point I discussed the decline in UK playing numbers since the Khan era, with numbers tumbling from almost three million to less than 10 per cent of that figure now.

It was an appropriate moment to mention the clubs and the individuals who are working so hard to keep the game alive, which gave me the opportunity to invite Joe Magor to step forward to receive an award from the club.

Canterbury chairman Ashley Troth presented Joe with a special plaque, at which point many club members began ripping wallpaper from above the mantle of the newly-decorated Court Three, revealing some impressive gold lettering which spelt out ‘The Joe Magor Championship Court’. 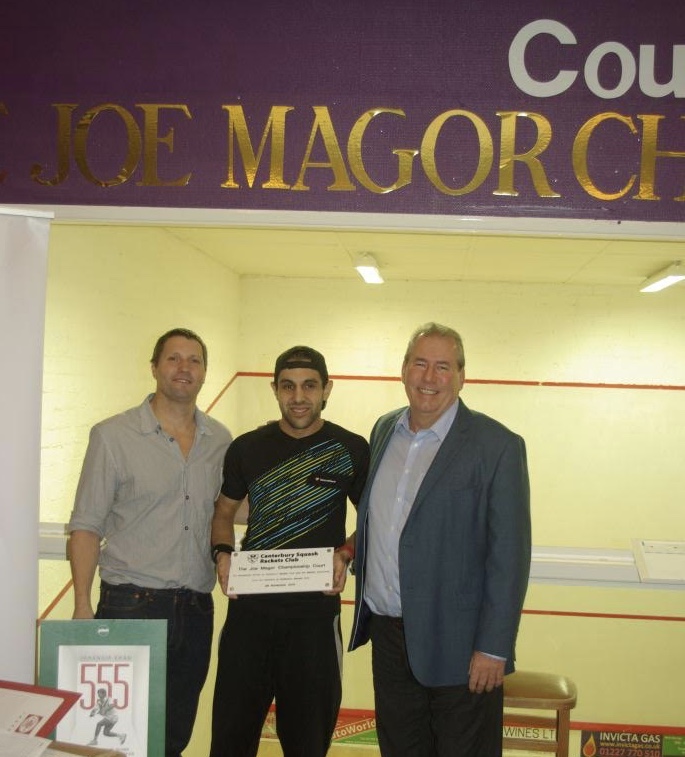 Well done to everyone (especially Nic Wallder) for keeping it a secret. Joe was totally overwhelmed but after a quick photocall (and the obligatory Peroni) he was back at his desk to sort out the four draws, update the results and map out Sunday’s playing schedule.

I headed home before the party started, back to my pillow and my cough medicine, but look forward to buying Joe a drink or two when he runs the Lashings One-Day Graded for us at The Mote in January.

We need more guys like Joe Magor in squash, guys who are prepared to put the time in to do something special for the game.

For Joe, squash is more than just a massive passion. Many people express their passion simply through playing, but Joe has the innate ability to understand that for events to happen, you need someone to actually pull their finger out and manage the whole process.

He does it brilliantly, bringing in sponsors, arranging great tournaments, and delivering weekends that leave people looking forward to the next one.

Perhaps Chaucer had Joe Magor and his party nights in mind when he penned the Canterbury Tales:

Absalom’s encounter at yon open window springeth to mind;
Whence Gamble kisseth a bare behind.
A woman with a beard leaves him in no doubt;
Of his next decision; hande in or hande out.
Such folly tis true can befall him only;
Having vouchsafed the liquid fruites of vintners Jager and Peroni.

Well done, Joe. It was an honour and a privilege to share part of a special evening with you.

And I hope you enjoy the book.