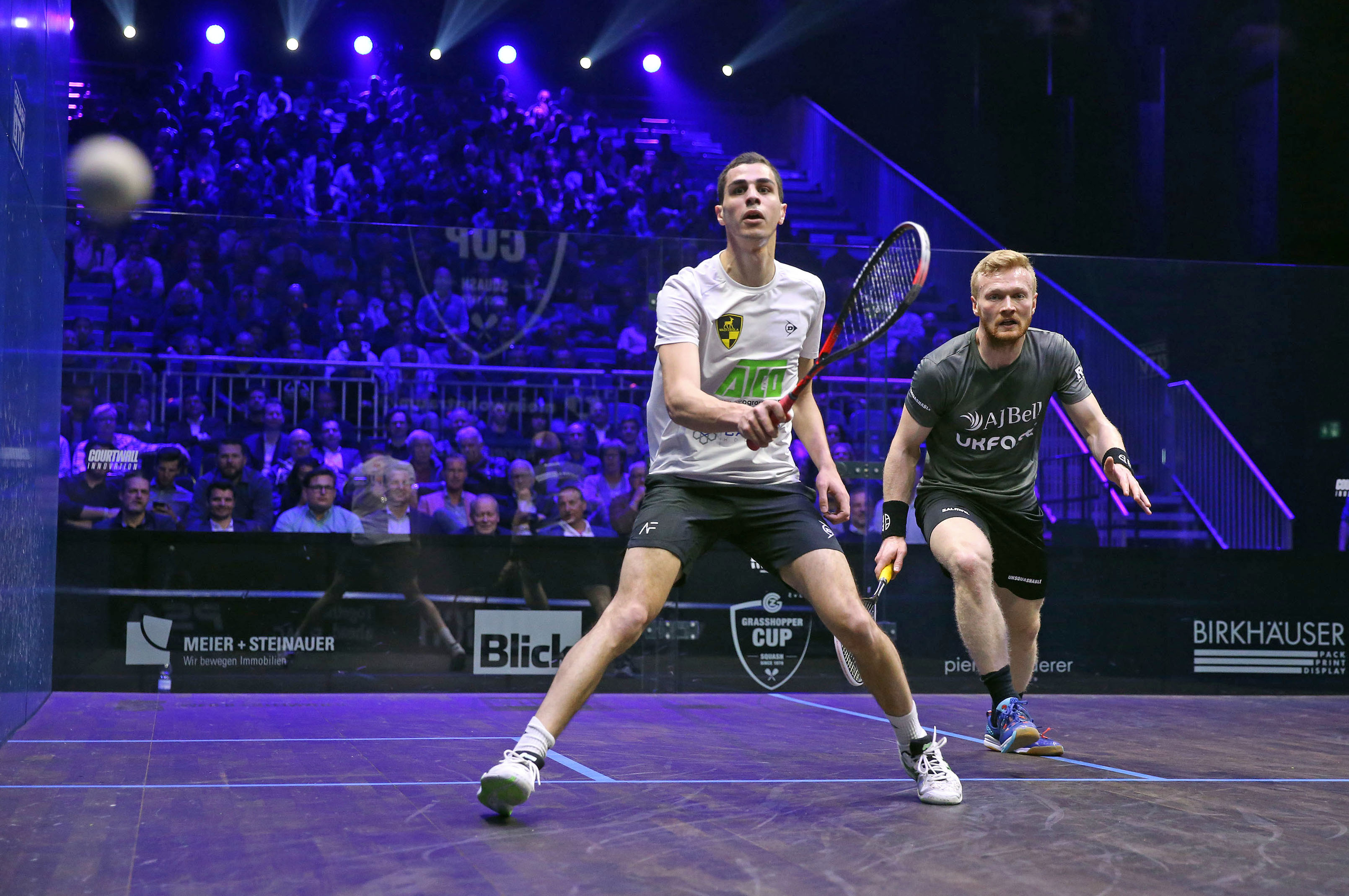 Home hero Nicolas Mueller bowed out of the Grasshopper Cup on day three of the PSA World Tour Gold tournament after falling to Egypt’s Mohamed Abouelghar in straight games inside Zurich’s Halle 622.

Zurich-based Mueller was cheered on by his home crowd, with every winner he hit throughout the match greeted with a roar from the spectators, while a multitude of Swiss flags were on show in the stands. But he was unable to overcome Abouelghar as the World No.8 won the battle at the front of the court to complete an 11-8, 11-8, 11-9 victory in 37 minutes.

“I don’t think I’ve ever seen so many Swiss flags in one day,” Abouelghar said afterwards. “I’m really happy to be back playing in Switzerland, it’s a special place for me and I’ve always played well. Even though I was playing against Nicky and I had all the crowd cheering against me, I still enjoyed it and it was a pleasure to be part of that tonight. 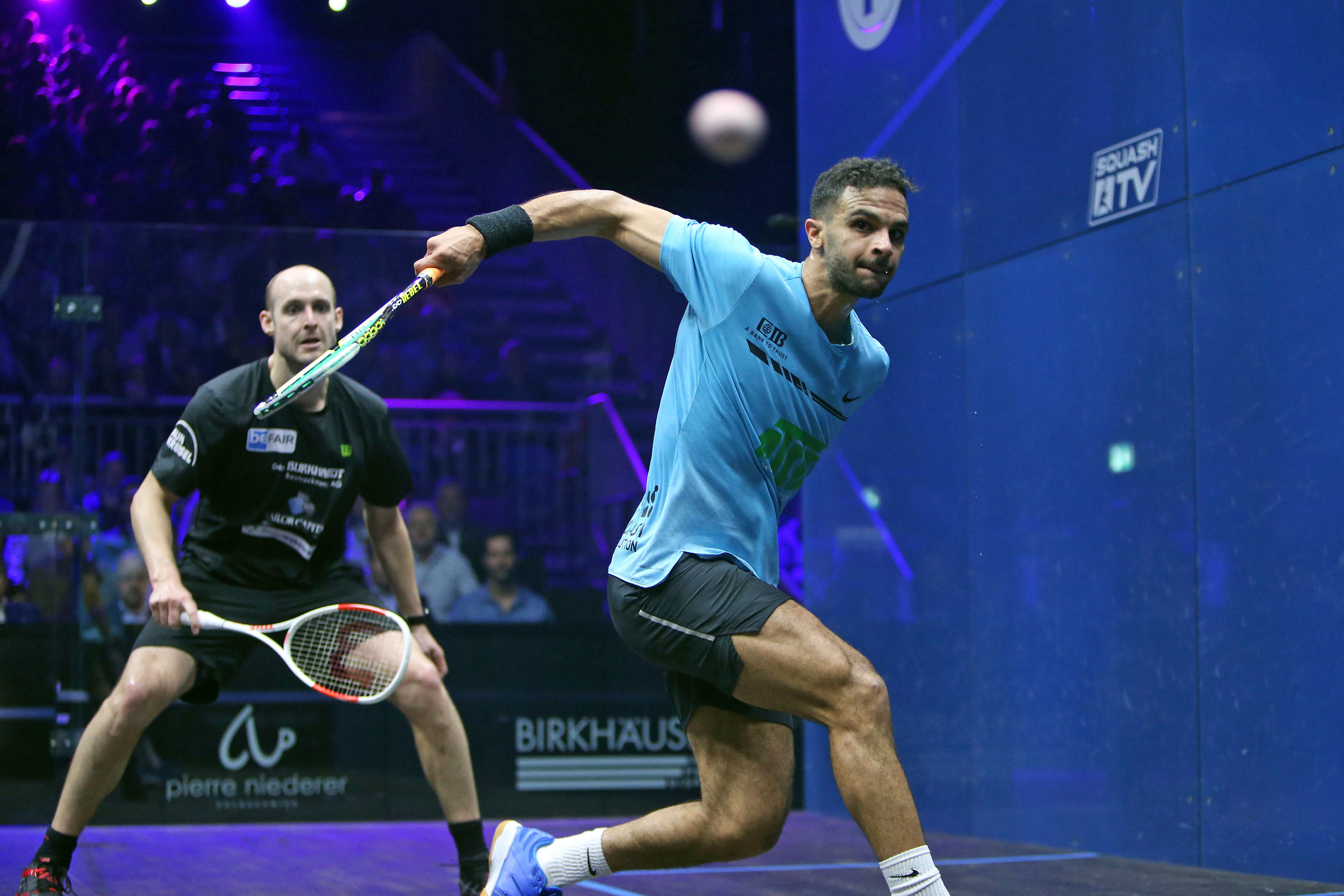 “I’ve played Nicky before, and I’ve watched him a lot. We both play the same way, we like to go short and play an open game, and in the critical points I thought I had to stick to the side wall more and play less risky squash. I’m happy with the way I dealt with it at the end of each game and happy to be through in three.”

Abouelghar will line up against World No.1 and World Champion Ali Farag in the quarter-finals. Farag came back from a game down to see off Welshman Joel Makin in a thrilling four-game encounter which saw the pair walk off court to a standing ovation.

Some gruelling rallies and incredible feats of athleticism from both players was on show throughout the 64-minute contest as the contrast of playing styles made for a fascinating encounter, with Farag’s deft touches and free-flowing movement clashing with Makin’s tenacity and speed.

They sent the crowd wild in the opening game after contesting a gladiatorial 100-plus shot rally, which totalled over two minutes in length, with Makin prevailing en route to taking the first game.

Farag, the 2017 runner-up, has won both of the PSA Tour events he has appeared at in 2019 though – including the PSA World Championships – and he managed to get the better of Makin in the next three games to book his last eight berth.

“Now that I’m here, I feel how much I missed playing this tournament last year,” said Farag. “The Grasshopper Cup has grown from a $25k, to a $35k, $50k, $70k and now here it is at a Gold level. [Tournament Promoters] Steve [Buchli] and Claudia [Schurmann] do a fantastic job making us feel at home from the very first second we step on court, and the crowd always makes us motivated to play.” 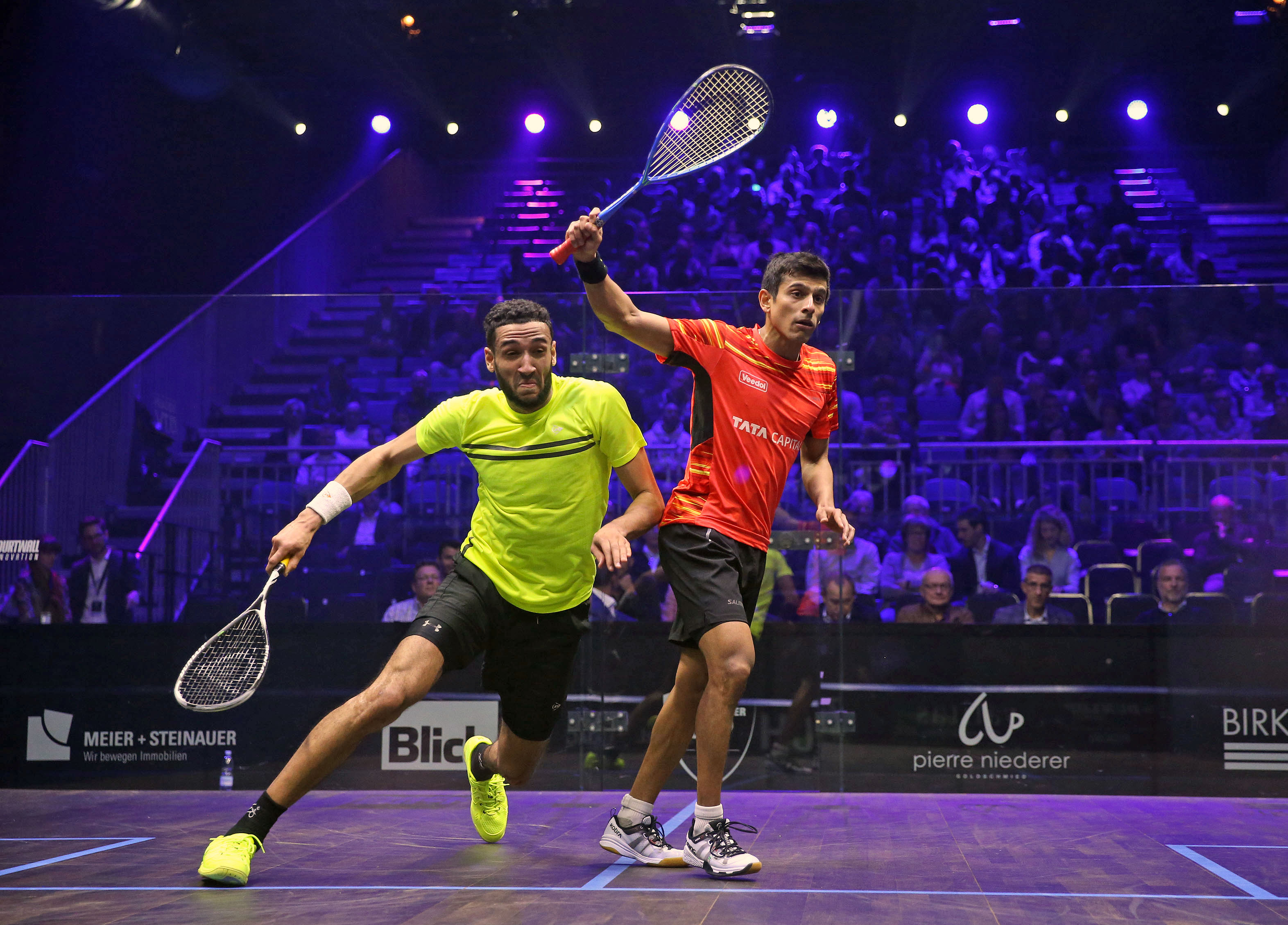 Declan James takes the long way round against Saurav Ghosal

“I’m quite pleased with the way I played,” Momen said. “As tough as back-to-back tournaments are on the body, they get you in the zone and make you really sharp. From the word go, I felt like I was just playing a tournament yesterday. It’s a good thing and a bad thing, but I’m trying to take the positives out of it.”

A crucial second game went the way of Ghosal after he recovered from 6-0 down and then 10-8 down, and despite dropping the third, the World No.12 held firm in game four to earn his quarter-final spot.

“[The second game] was obviously a key moment because when you’re coming back from 6-0 down, it’s a big mental hurdle for him to cross,” said Ghosal. 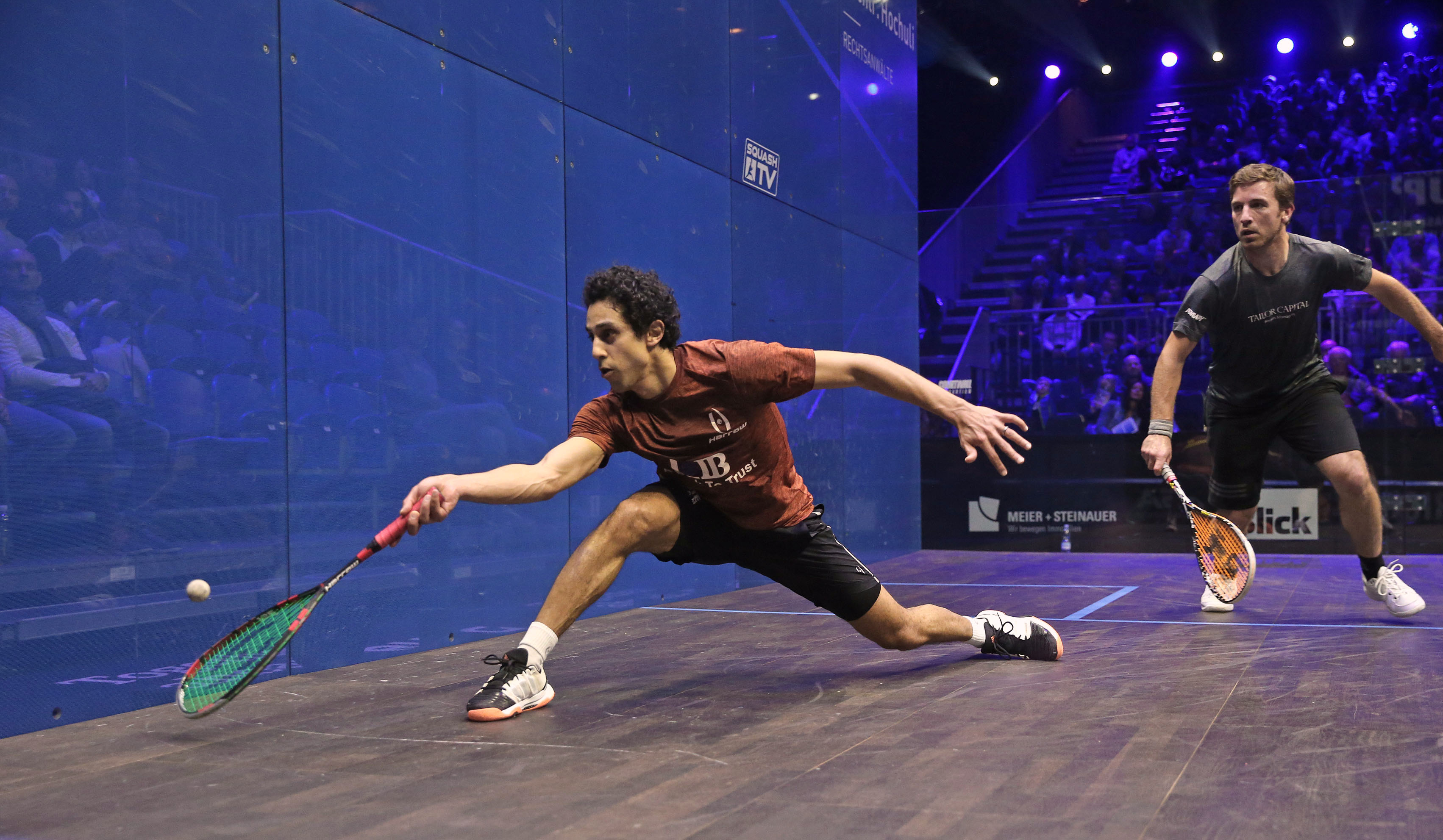 “But he showed how good a player he is and how much of a fighter he is in the third. Fair play to him, sometimes you have to hold up your hand and give credit to the other guy for playing that well on those points. You have to focus on the next one and take it point by point. That’s what I was trying to do, and I tried to do that as much as I could.”

The quarter-finals take place on Friday March 29 and play begins at 17:30 (GMT+1). Action will be shown live on SQUASHTV (rest of world), Eurosport Player (Europe only) and the official Facebook page of the PSA World Tour.