Adrian Waller so close to shock win over Mohamed Abouelghar

Alan Thatcher February 1, 2019 No Comments on Adrian Waller so close to shock win over Mohamed Abouelghar 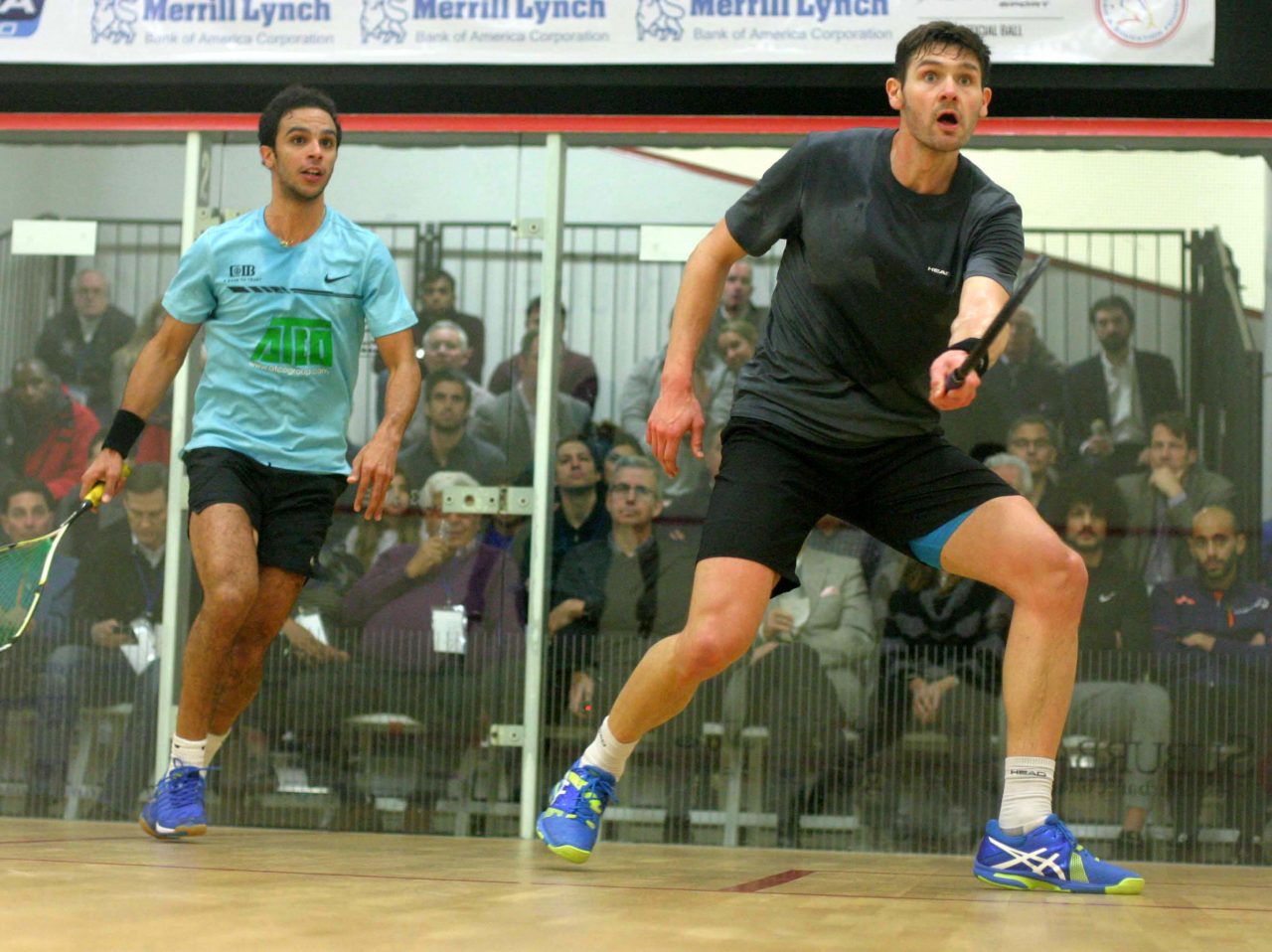 Adrian Waller in action against Mohamed Abouelghar in Detroit

Three of the top four seeds advanced Thursday to the semifinals of The Motor City Open presented by the Suburban Collection. And unseeded Zahed Salem crashed the party.

Salem made it three Egyptians in Friday’s semifinals, knocking off second-seed and the 2015 MCO champion Miguel Rodriguez of Colombia in four-games at the Birmingham Athletic Club.

“I always believed that I could win,” Salem said. “But until the last point – until we left the court – anything could change. I had to keep focused and not do something different, because I could lose anytime if I lose concentration.”

Rodriguez won the first game, 11-6, but Salem ran through the last three against the “Colombian Cannonball.” The Egyptian let out a scream of joy after the final point.

It was Salem’s first career win against a top 10 player, as Rodriguez was ranked World #6 until today. Salem said it was also his firstvictory against Rodriguez in about a half-dozen tries. When they last met, Rodriguez swept Salem by three games in November at the Hong Kong Squash Open.

In Friday’s semis, Salem will meet close friend and countryman Mohamed Abouelghar, the third seed and World #10. It will be a rematch of the finals in Guatemala a few years back, which Abouelghar won against a hobbled Salem.

“He’s a very good player and a very good friend of mine,” Salem said. “I’m looking forward to a good, clean, and fair match.”

Abouelghar needed five games to get through unseeded Adrian Waller of England. The Egyptian regrouped after Waller won the fourth game 11-2 to earn the deciding fifth.

“I feel good to be through it, to be honest,” Abouelghar said. “Sometimes, when you’re not on your best, you just need to find a way to get through the match with a win.”

ElShorbagy topped his countryman in 34 minutes. “It was quick, but it was tough,” ElShorbagy said. “Omar is a great player and I’ve learned so much from him over the years. He’s a great fighter. He’s trying to get back to his best, and I’m happy for him, but for me to be able to win three games makes me more fresh for tomorrow.”

“We’ve played each other a lot of times,” ElShorbagy said. “We’ll see what happens. No pressure on both of us. Hopefully we have a good match, and hopefully we both enjoy it.”

Against Elias, Cuskelly came into the quarterfinals ill and then got tied up with his opponent in the match’s opening point. After an injury timeout, Cuskelly returned to the court, but the 2017 MCO champion couldn’t shake his ailments.

“It’s just something that happens in squash, I just hit him with my knee in his calf,” Elias said. “It was too bad he couldn’t keep going.”

The MCO is the second-longest running pro squash tourney in the US. In addition to his take of the $75,000 total purse, the champion will take home a Longines watch from Greenstone’s Jewelers.

A charity auction will be held in conjunction with the MCO with proceeds to benefit Racquet Up Detroit, a youth development program that combines squash, mentoring, and community service. Racquet Up juniors will be among those participating in the MCO’s Junior Clinic where tourney pros coach young players from the greater-Detroit area and Windsor.

Article by MATT SCHOCH in Detroit. Edited by ALAN THATCHER