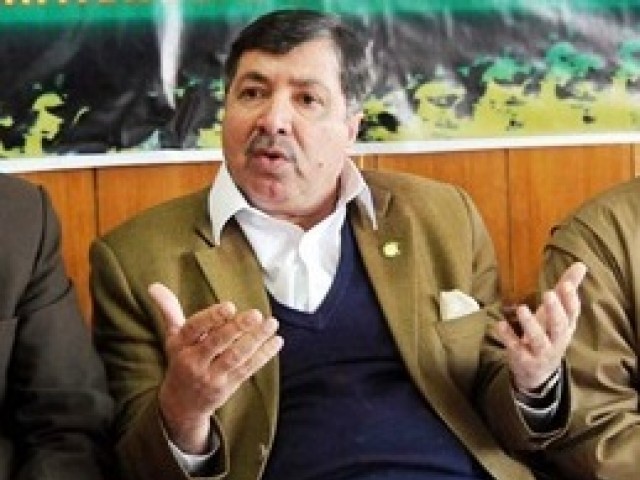 KARACHI: Former world champion Qamar Zaman (above) has postponed a national junior squash event which was scheduled to be held in Peshawar later this month over the issue of players lying about their ages.

He has accused players of producing suspect documents and has demanded that the national federation set things right first.

He highlighted the case of one player competing in under-19 events while studying for a degree and his older brother was still playing in under-17 events!

“The issue of over-age players in Pakistan’s junior squash is wrecking the sport, nipping the young talent in the bud. I am fed up with this persisting issue and sadly the PSF is not doing any thing in this regard,” said Qamar while talking to ‘The News’.

He said that he had postponed the national junior events for under-11, -13, -15, and -17 categories as a protest and has pledged to hold no junior event in Peshawar until the PSF had resolved the issue.

“I have informed the PSF that the event which was to be held from October 27-29 in Peshawar has been postponed. And I am not going to hold any junior event in Peshawar until over-age players are ousted,” he added.

Qamar said it was surprising that the PSF was doing nothing to address the problem despite the issue of over-age players being exposed after a long process conducted across the country.

“I am unable to understand why the PSF is sitting on this very grave issue. I request the PSF to resolve this issue in the best interest of talented young players and the future of the sport in Pakistan,” he added.

He said that the PSF could ask for school certificates of the players to determine their real age and place them in proper categories.

“A number of players who were expelled from the national junior circuit by the PSF after age scrutiny came back in the circuit on the basis of medical certificates. This should be investigated,” he added.

Qamar said the players hid their age for prize money. “It is against the international practice to have prize money for junior events. This makes players keep playing in the same categories for years. The PSF should not allow organisers to offer prize money in junior events,” he said.

He said Fezan Khan, a player from Peshawar, had been playing in under-15 category for the last three years although he was doing bachelors. Brothers Ahsan and Zeeshan Khan from Peshawar were students of BA, but strangely Ahsan, the younger of the two, was in the under-19 category and the elder brother was playing in the under-17 category.

“Some players have more than five B forms with different birth dates. This is the height of cheating. Their purpose is to win cash being offered in junior events,” said Qamar.

The World Squash Federation (WSF) and the Asian Squash Federation (ASF) had directed Pakistan officials to conduct age scrutiny of players after receiving complaints that most of Pakistan’s junior players were over age for their categories.

The ASF in June this year directed Pakistan authorities to share with them the results of the age scrutiny.

The PSF conducted scrutiny of almost all junior players of the country in three phases: in June 2012 at Islamabad where 14 players of under-11 category were found overage; 18 players for under-13; 22 players were overage in under-15 category; 34 in under-17; and 31 in under-19.

The third phase was conducted in Peshawar in March this year, where 25 junior players were scrutinised and five players had their age category shifted.

Despite this, the PSF has not even asked those players found overage to get their passports renewed with their birth dates finalised by the PSF’s age scrutiny committee.