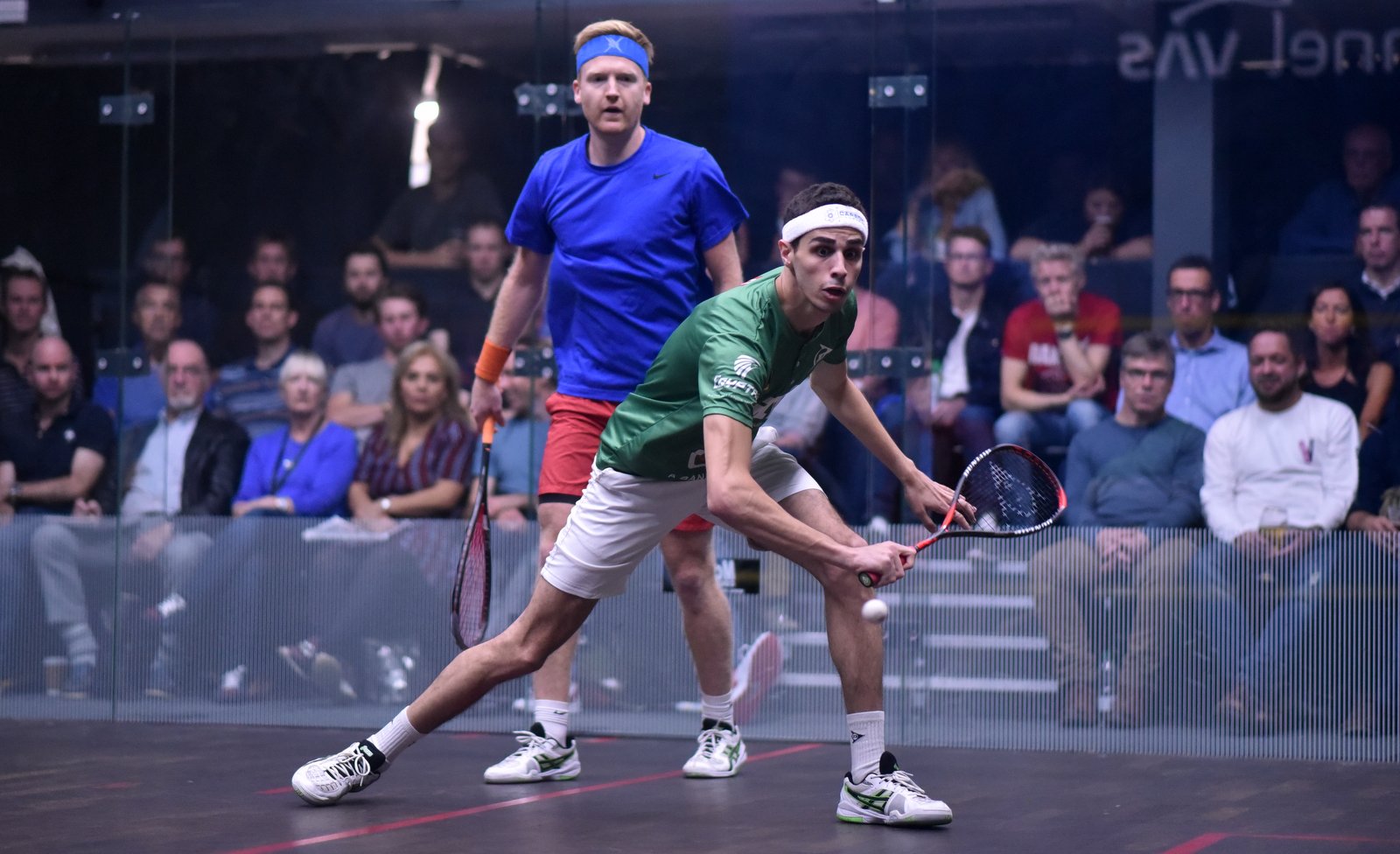 A trio of Egyptian players will line up in the semi-finals of the Channel VAS Championships at St George’s Hill as Ali Farag, Karim Abdel Gawad and Tarek Momen all claimed victories on day four of the PSA World Tour Gold event held in Weybridge.

World No.2 Farag booked his place in the semi-finals here for a second year running after he ended the run of home favourite Tom Richards. Richards was backed to the hilt by a partisan crowd at St George’s Hill Lawn Tennis Club, but Farag had too much for the Englishman today as he closed out an 11-6, 11-7, 11-8 win to reach the last four.

Farag will go up against former World Champion Karim Abdel Gawad in the semi-finals after Gawad put in a sensational performance to down World No.11 Saurav Ghosal 3-0.

“Karim and I grew up playing in the same age group and we’ve played around 40 or 50 times, plus the hundreds of times we’ve played during practice,” said Farag. 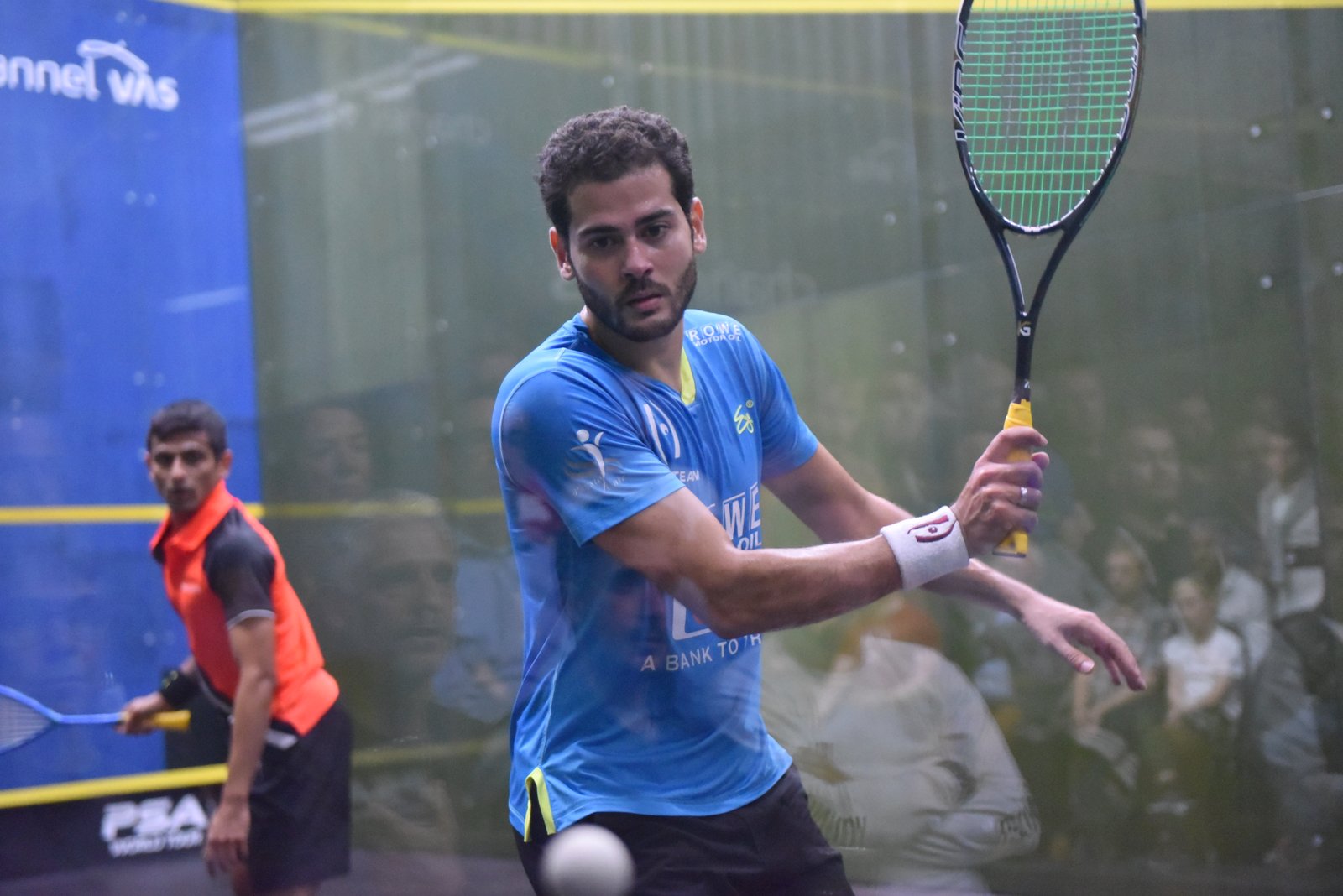 “From a squash perspective, Karim showed us today that he’s back in the kind of top form that took him to World Champion. He was very sharp today, played really well and I will have to try as much as possible to stop those attacks and to attack myself.”

A loss of form from Gawad over the past 18 months has seen the former World No.1 tumble down the World Rankings, but his display against Ghosal today evoked memories of the form he displayed in the early part of 2017 as he hit a feast of winners en route to an 11-6, 11-7, 11-8 victory.

“Squash is beautiful when everything goes the way you want,” Gawad said. “Unfortunately it doesn’t happen a lot, so you have to enjoy the day everything goes into the nick and you can play a tight, basic game. Saurav is one of the best shot-makers on tour, and in order to play him today I had to make sure that I didn’t give him a lot of chances because he was going to kill me in the front corners.”

Egypt’s World No.3 Tarek Momen avenged his defeat in the 2016 final to World No.8 Paul Coll, with a sublime display seeing the 30-year-old triumph in straight games. 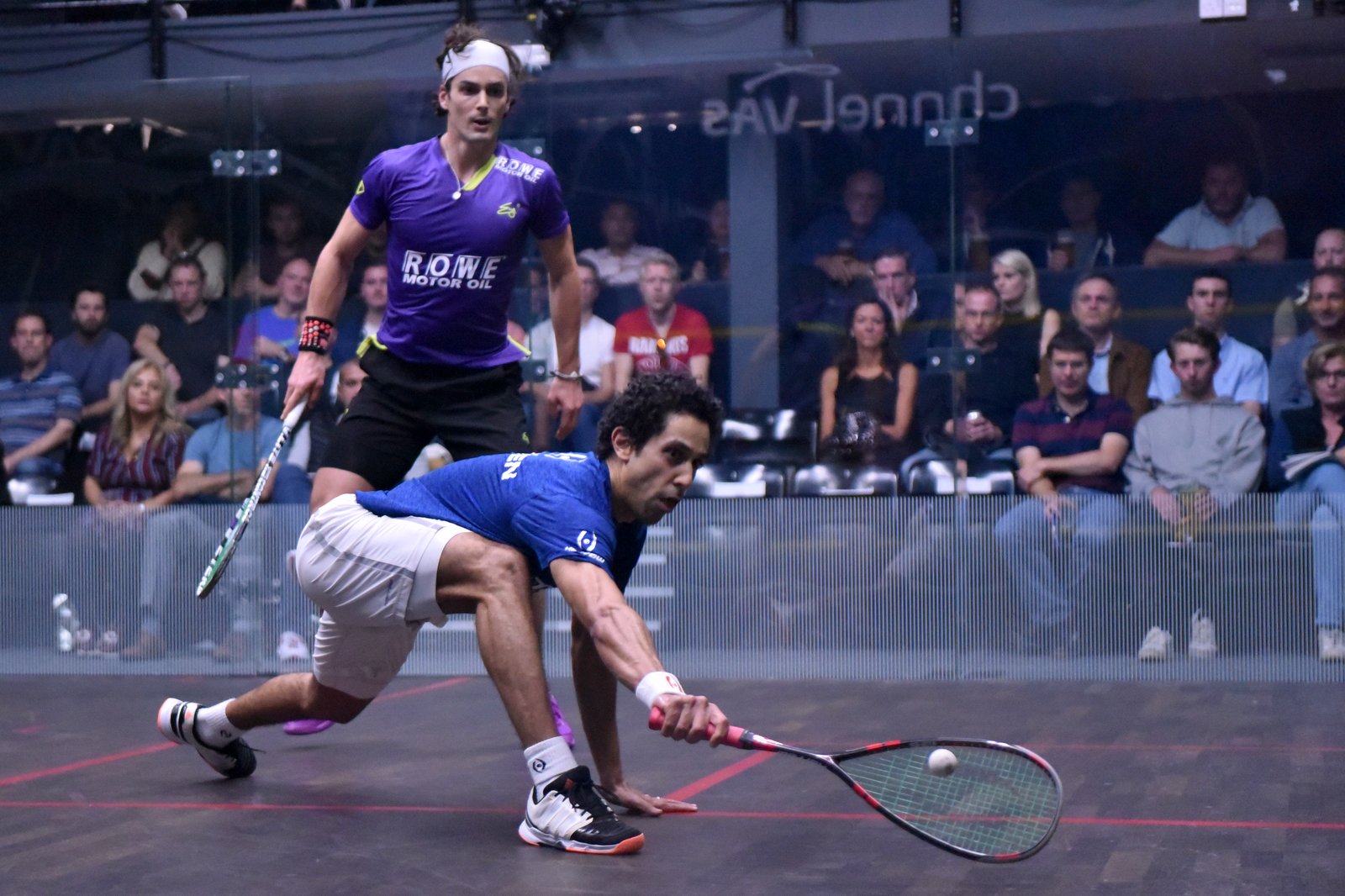 Tarek Momen gets down low against Paul Coll

Coll’s momentous victory over the Egyptian here two years ago was one of the key reasons behind his eventual ascent into the top 10, and he also overcame Momen in a brutal 96-minute clash at the U.S. Open last week. But Momen was irrepressible today as he controlled his shots to perfection and proved very difficult for Coll to read.

“I used the same game plan that I put together for the U.S. Open, it just worked a little bit better this time,” Momen said afterwards.

“In the U.S. Open, I thought I played the first three games really well, and I was unlucky to lose the second. I just tried as much as could not to give him that chance today. I’m very happy with how I dealt with these conditions and was able to play my game.”

Peru’s Diego Elias was the only non-Egyptian to win on day four as he ended the run of giant-killer Joel Makin to set up a semi-final match against Momen.

Makin caused arguably the biggest upset in this tournament’s history when he ended World No.1 Mohamed ElShorbagy’s title defence in the previous round, and he tested Elias today as he took the opening game. 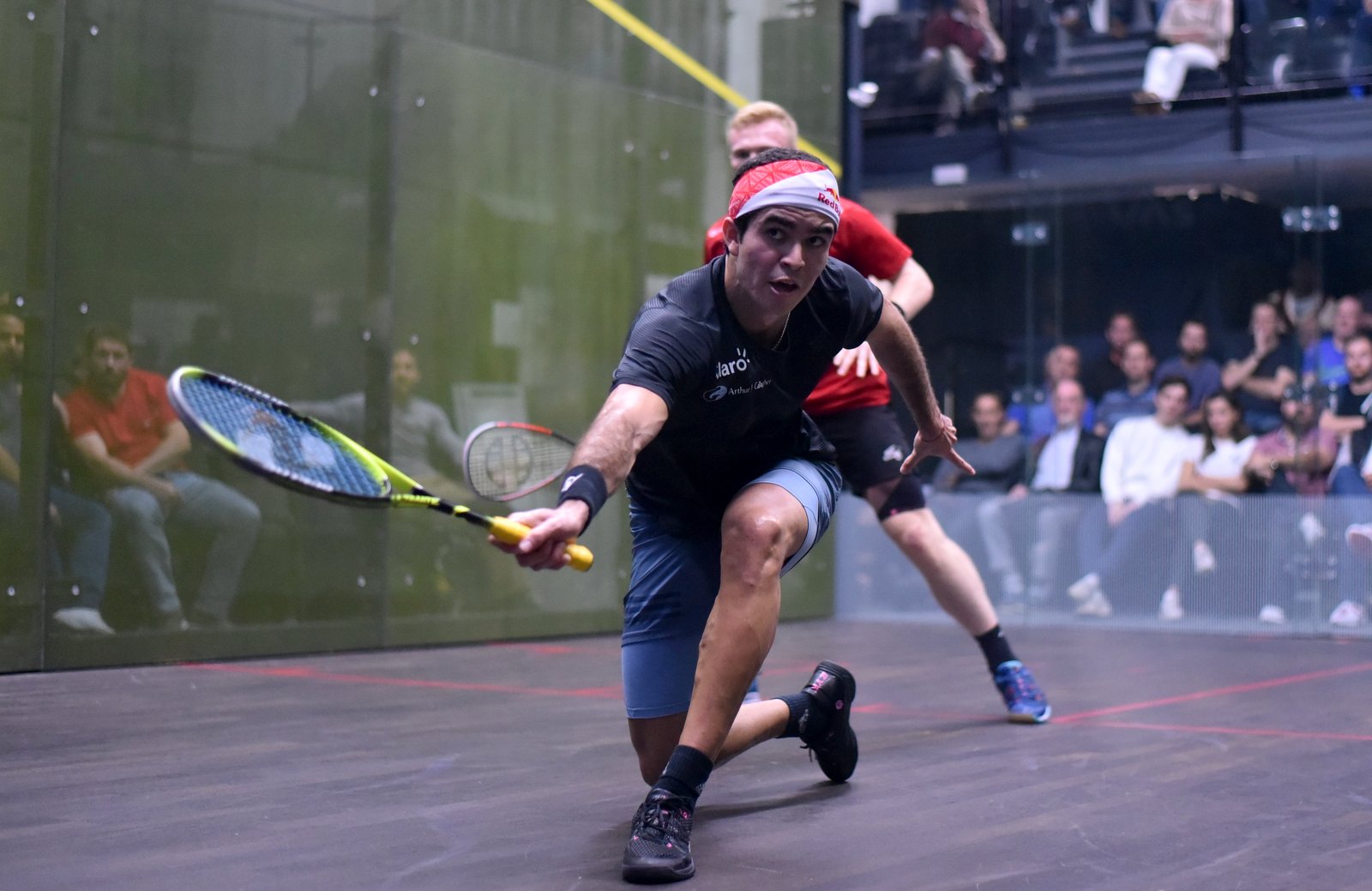 But Elias attacked well into all four corners off the court and he came from behind to earn his place in the semi-finals courtesy of a 10-12, 11-7, 11-7, 11-9 victory after 79 minutes of intense squash.

“I knew it was going to be really tough. He beat ElShorbagy, the World No.1, so I knew he was playing really well,” said Elias.

“I had a really good strategy against him. It didn’t work in the first game, but then it started working and he got a bit tired, so I’m happy with the way I played. I knew it was going to be a very long match, so the first thing for me was to be patient.”

The semi-finals of the Channel VAS Championships begin at 15:30 (BST) on Saturday October 20 and the action will be broadcast live on SQUASHTV (Rest of World) and Eurosport Player (Europe only).