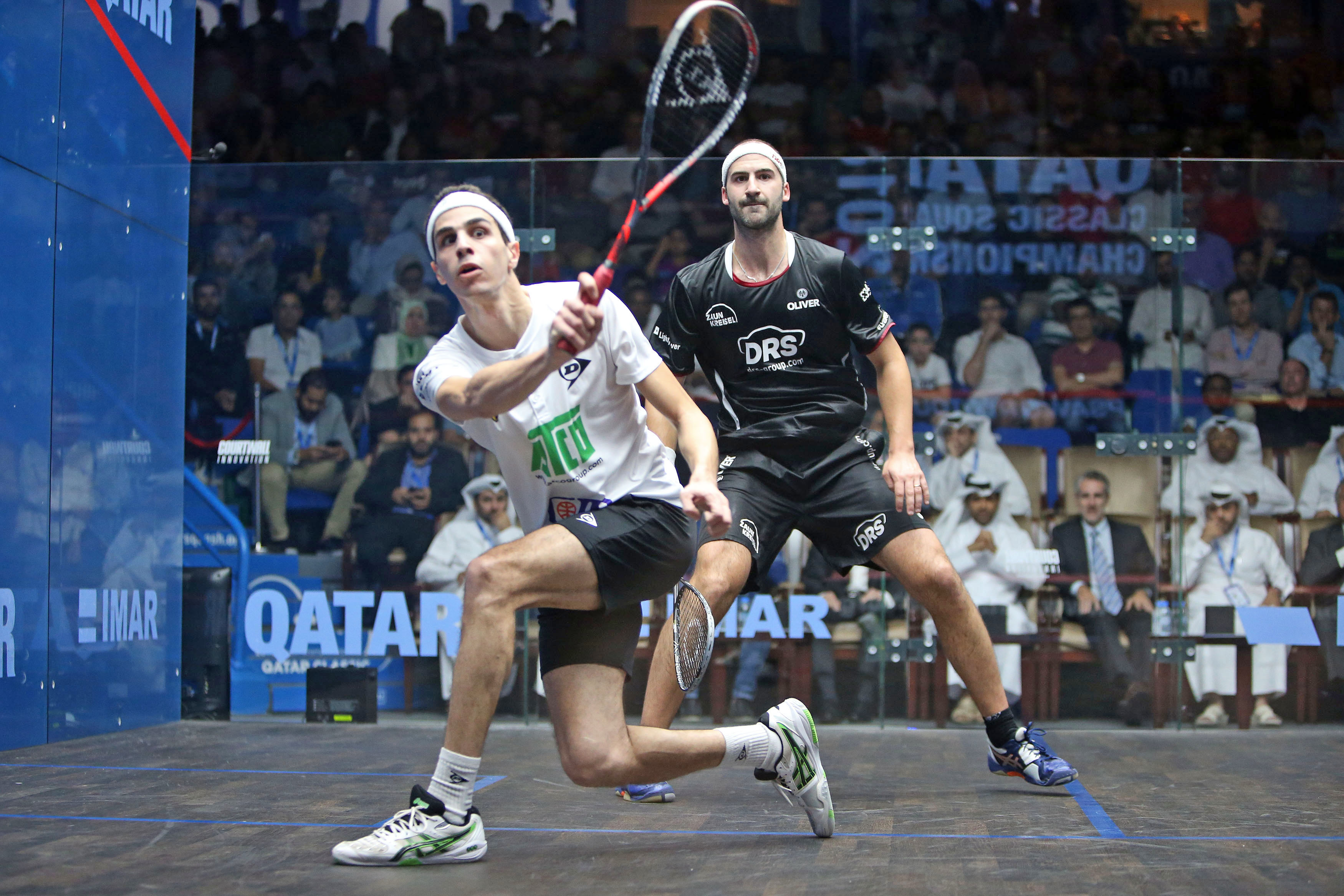 Egypt’s Ali Farag heads up an unchanged top 20 after the PSA Men’s World Rankings for September were released today.

Farag, the 27-year-old from Cairo, has now held on to the World No.1 spot for a seventh successive month, while Mohamed ElShorbagy (No.2), Tarek Momen (No.3), Karim Abdel Gawad (No.4) and Simon Rösner complete the top five.

India’s Yash Fadte is the biggest mover in the men’s rankings. The 17-year-old moved up 223 ranking spots to World No.337 after reaching his first ever PSA semi-final at the SRFI Indian Tour earlier this week.

His compatriot, Velaven Senthilkumar, also reached the last four of that tournament, and he too is rewarded with a hefty increase in his World Ranking, moving up to World No.311 from No.500. 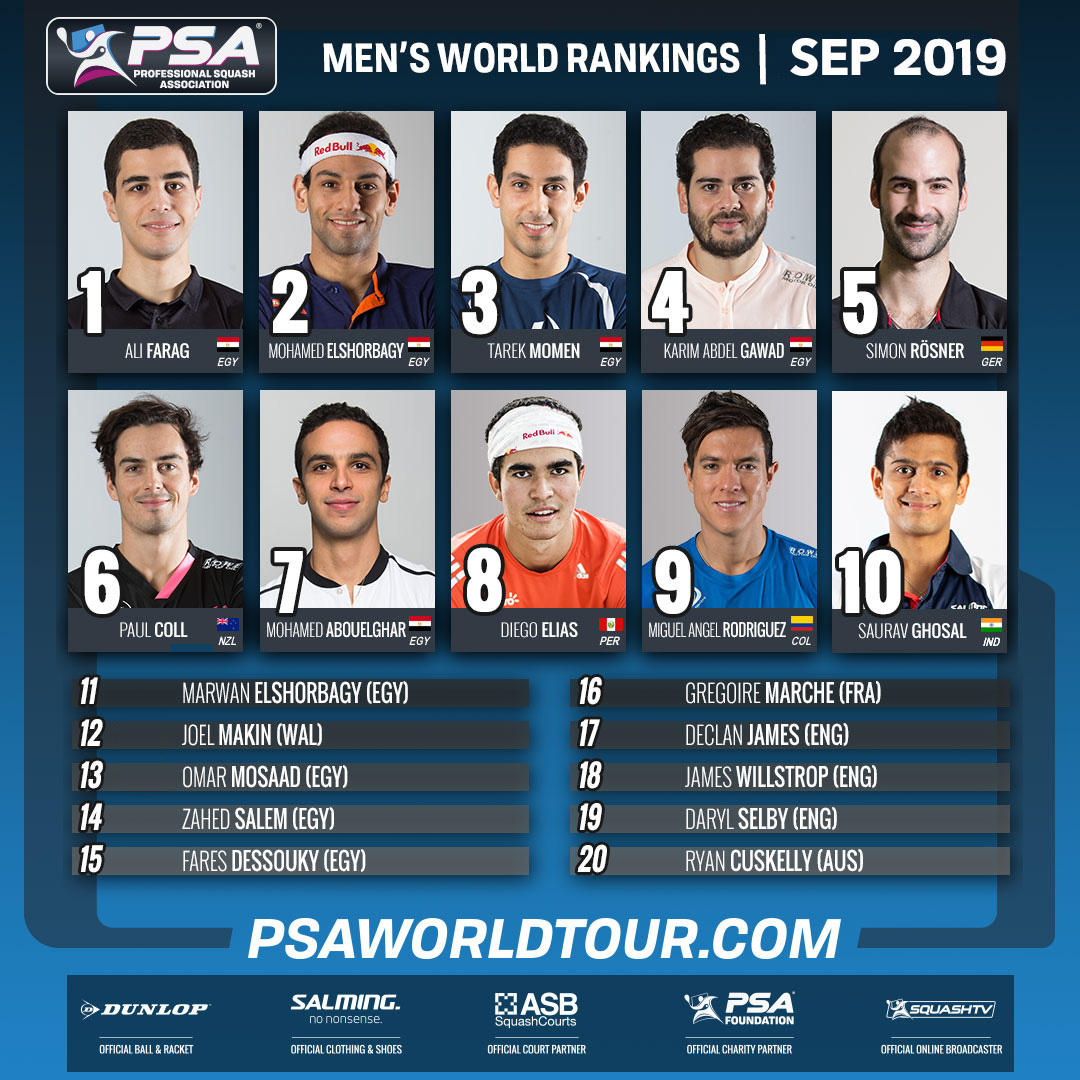 Picture and graphic courtesy of  PSA