Malaysia and Hong Kong will both be the biggest winners in the men’s and women’s individual events of the Asian Games as Nicol David and Sivasangari Subramaniam set up an all-Malaysian final in the women’s, whole Leo Au and Max Lee set up an all-Hong Kong final, while India had their hopes dashed multiple times as all three of their semi-finalists were on the losing end.

In the women’s semi-finals, eight-time world champion Nicol David, who is seeking a record fifth individual gold medal, set the early pace as she swept India’s Dipika Pallikal aside at the Gelora Bung Karno Stadium on Saturday.

The world number 9, who has never failed to reach the final in five previous editions of the regional multisport spectacle, lived up to the high expectations as she claimed an 11-7, 11-9, 11-6 win over world number 19 Dipika.

“I’m pleased to win my match today and I felt good going up against Dipika who is a tough contender,” said Nicol.

Nicol will certainly need to be at her best as she goes up against fellow Malaysian S. Sivasangari in the final. Whoever wins tomorrow, it will be the tenth gold medal the sport has contributed to Malaysia’s all-time medal haul.

The 19-year-old Sivasangari is certainly living the dream after producing yet another top-notch performance to beat India’s joint third-fourth seed Joshna Chinappa 12-10, 11-6, 9-11, 11-7 in the other semi-final.

Having already beaten world number 11 Annie Au of Hong Kong in the quarter-finals, world number 40 Sivasangari started strongly and had Joshna on the back foot to take the first two games. The Indian number one however fought back to take the third but Sivasangari was not to be denied as she stepped up before sealing the win as Joshna failed to return a serve on match ball.

The Games’ debutant stunning run means Malaysia will finish with a gold and silver for the second straight edition, after Nicol beat Low Wee Wern in the 2014 final in Incheon, Korea. 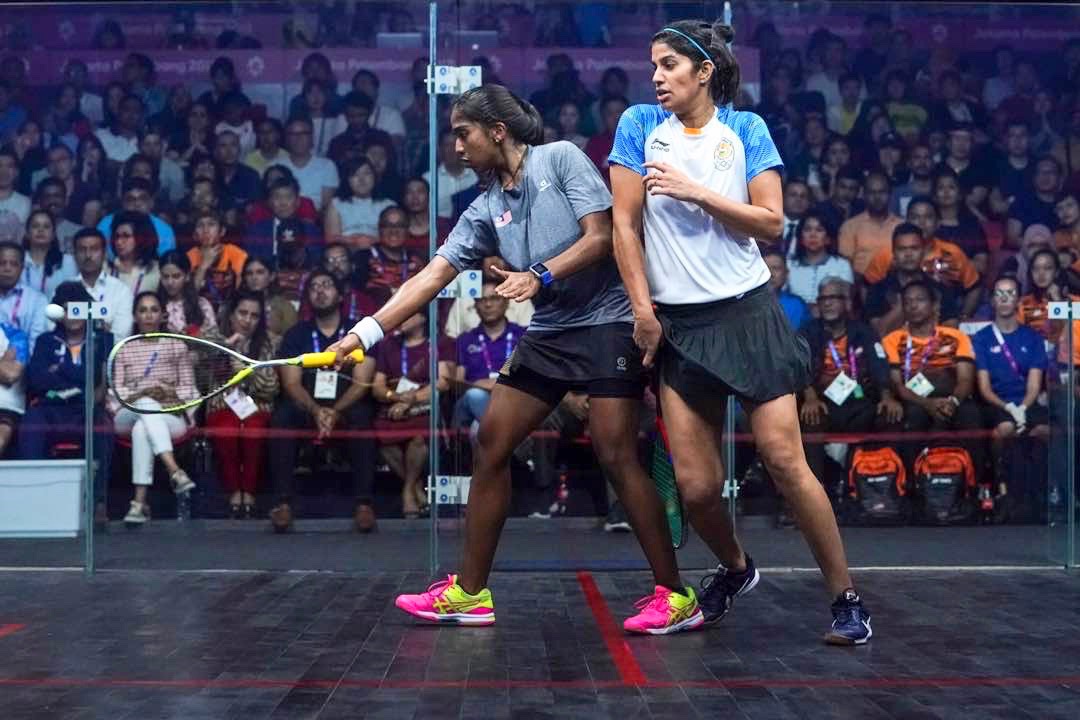 “I really can’t believe it. First beating Annie and then Joshna today. Both of them are top players on the world tour. It feels really amazing to get into the final in my first Asian Games,” said a jubilant Sivasangari.

“I know I had nothing to lose today and even though Joshna came back really strongly to take the third, I just kept my focus and did what I needed for the win.

But it’s not the end yet. I have another big match against Nicol. It will be my first time playing her and it’s really like a dream come true but I just have to stay focused and give it everything I have.”

While Malaysia celebrated success in the women’s game, it was Hong Kong who stole the show in the men’s event. First, world number 21 Leo Au, produced a big-match performance as he handed world number 12 Saurav Ghosal of India yet another Asian Games heartbreak.

The Indian had settled for silver in Incheon, Korea four years ago and looked determined to win his first individual gold medal after taking the first two games. But Leo had other ideas as he refused to go down and came back with renewed determination before sealing a stunning 10-12, 11-13, 11-6, 11-5, 11-6 comeback after 76 minutes.

“I think today, I was able to be more patient and stay focussed (despite being two down) right till the end. I’m happy that it’s an all-Hong Kong final tomorrow. We will give our as we’ve already achieved our team goal,” said a happy Leo. 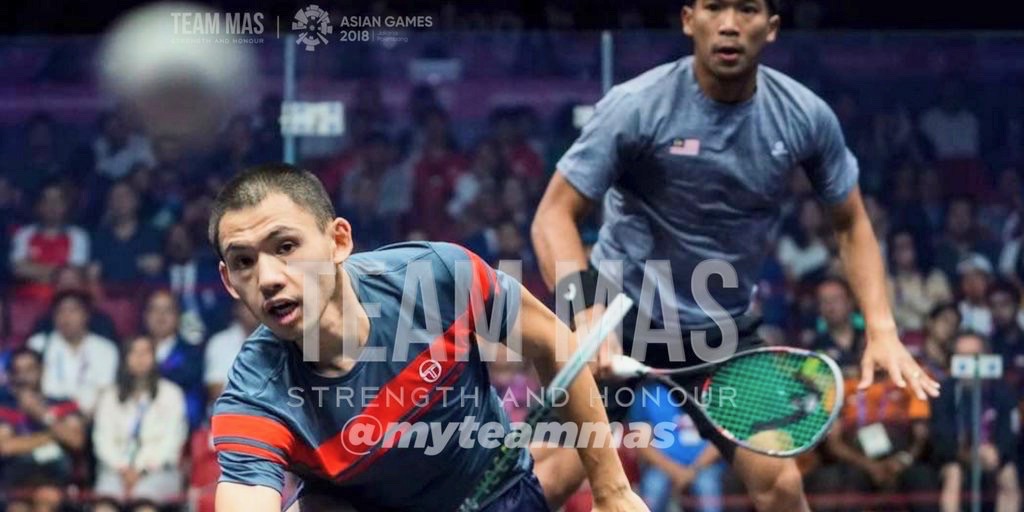 World number 19 Max Lee then made it double joy for the Hong Kong camp as he too, produced a comeback of his own to stop a charged-up Nafiizwan Adnan of Malaysia. Nafiizwan, the joint fifth-eighth seed, had looked good to join Nicol and Sivasangari in the final after storming into a two game lead. But Max persevered and hung on before notching a 5-11, 6-11, 11-5, 11-5, 11-9 win.

Max and Leo’s success means Hong Kong will enjoy a first ever gold and silver medal finish in the men’s individual event, eclipsing the bronze medal effort by Max in 2014 and their current coach, Faheem Khan (in cover photo) in 1998. Hong Kong’s only individual gold medal was in 2002 through Rebecca Chiu, who remain the only player ever to have beaten Nicol David at the Asian Games.