Amanda Sobhy ‘back at full force’ as she plans for ToC

Alan Thatcher January 10, 2019 No Comments on Amanda Sobhy ‘back at full force’ as she plans for ToC 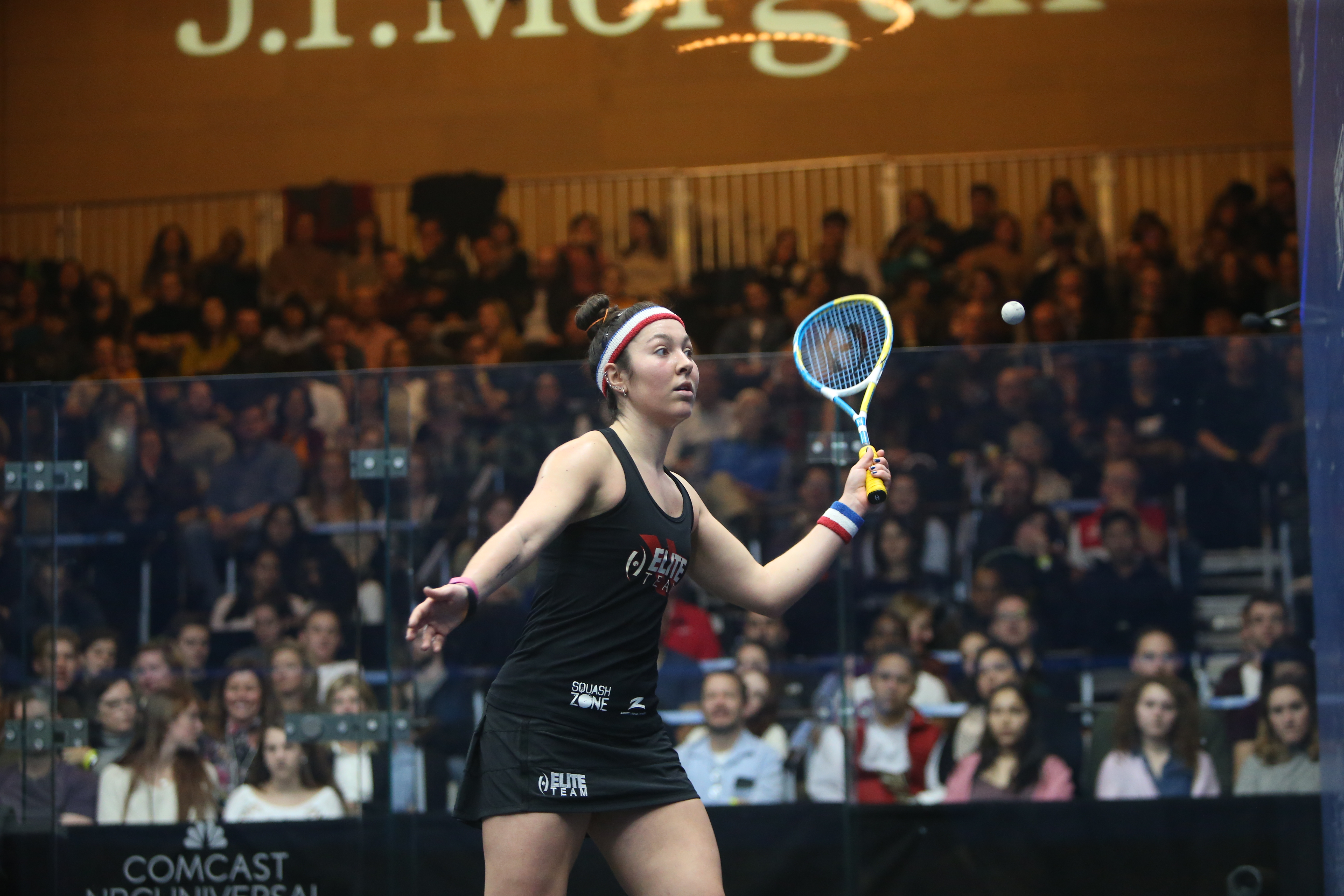 United States No.1 Amanda Sobhy will return to New York’s Grand Central Terminal next week as she competes for the J.P. Morgan Tournament of Champions, PSA Platinum title – and the 25-year-old says she’s back at full fitness as she aims to become the first American-born player to win the famous trophy.

Harvard-graduate Sobhy made her comeback from a ruptured achilles at this tournament last January after a 10-month absence and spent much of 2018 working her way back up the rankings having dropped from a career-high World No.6 ranking to No.28.

Sobhy, who now sits at No.11 in the world, says that she is back to her best this time around and is hoping that some strong performances in New York will help her break back into the top 10.

“Making my PSA debut at the Tournament of Champions last year after being out for 10 months was an emotional rollercoaster for me,” said Boston-based Sobhy. 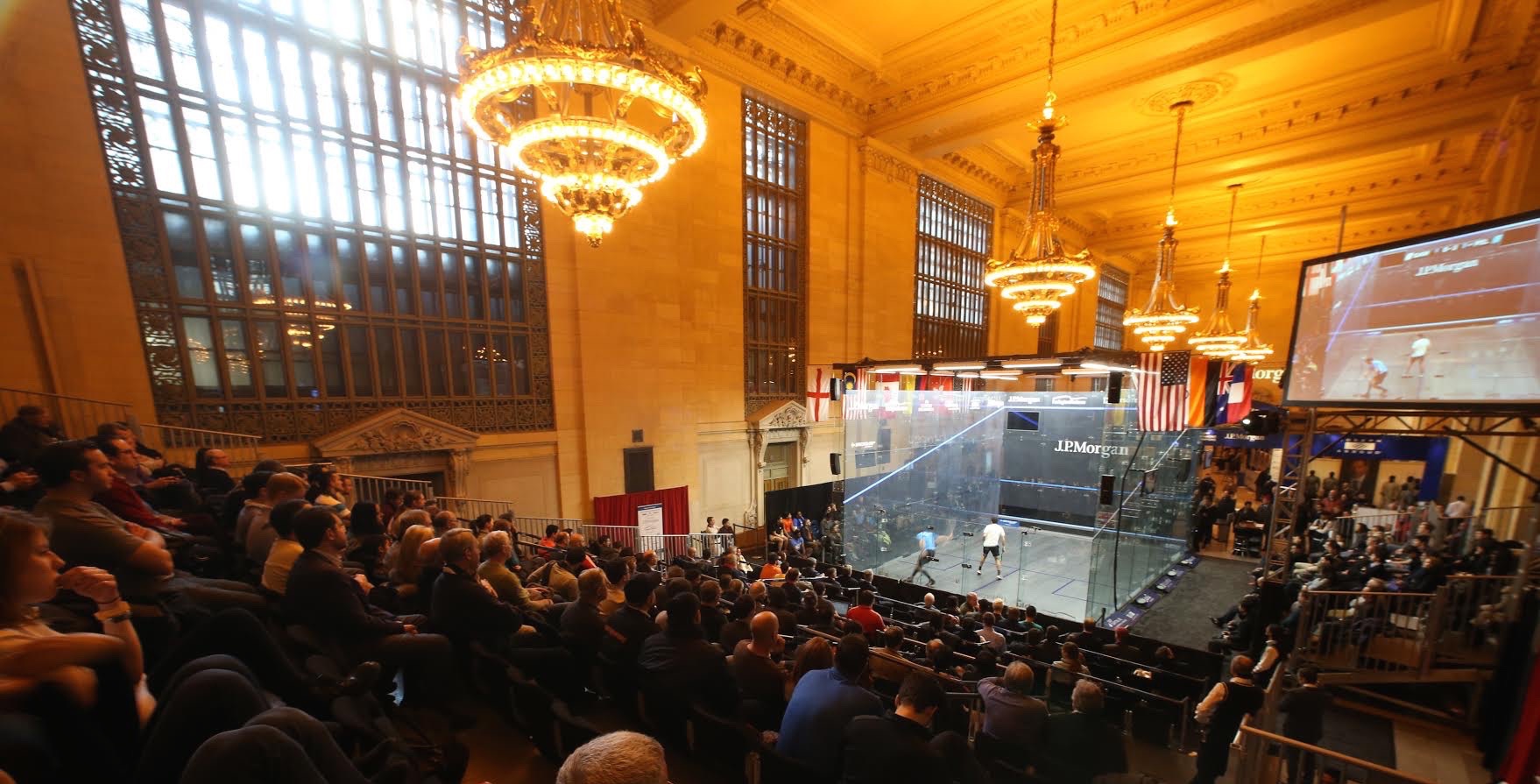 The ToC venue at Grand Central Terminus in New York

“It was a combo of extreme happiness and joy to be back playing again and doing what I love. [It went from having] a ton of nerves, doubt, and fear of being out for so long and whether or not I’d be able to perform at that top level again, to finally just wanting to cry because of everything I went through and how hard me and my team worked to get me back playing at the professional level again. It was a lot.

“The biggest challenge was getting over the fear of injuring myself again or the mental fear of going all out in the movement that ruptured my achilles. It’s always something I will need to address, whether it’s physically paying more attention to my left leg or mentally getting over the trauma of the injury, but the more I play, the easier it gets.

“I’ve definitely set some goals for myself this year since now I am no longer testing out the waters and regaining the confidence. I am back in full force and looking to get back in the single digits this year and cause some upsets. It should be a good time.”

Sobhy reached the final of this tournament in 2016 – losing to World No.2 Nour El Sherbini in the final – and she is hoping that a partizan home crowd will help inspire her to even greater heights this time around.

“Starting the year off with my favourite tournament on tour is always exciting for me,” she said.

“Not only is it in such an iconic venue, it’s also on home soil, so I love having the boisterous, rowdy New York crowd supporting me.”

Sohhy receives a bye through to the last 32 and will come up against either Canada’s Samantha Cornett or Danielle Letourneau. A win there will see the American clash with 2018 runner-up Nour El Tayeb and she will look to replicate the kind of form that saw her beat the World No.3 in October’s U.S. Open.

This year’s Tournament of Champions is the second most lucrative tournament on the PSA Tour during the 2018-19 season and features a $360,000 prize purse, which is split equally between the men’s and women’s tournament.

Tickets start from $10 and can be purchased here.