Amanda Sobhy climbs back into the world top ten

Alan Thatcher May 1, 2019 No Comments on Amanda Sobhy climbs back into the world top ten 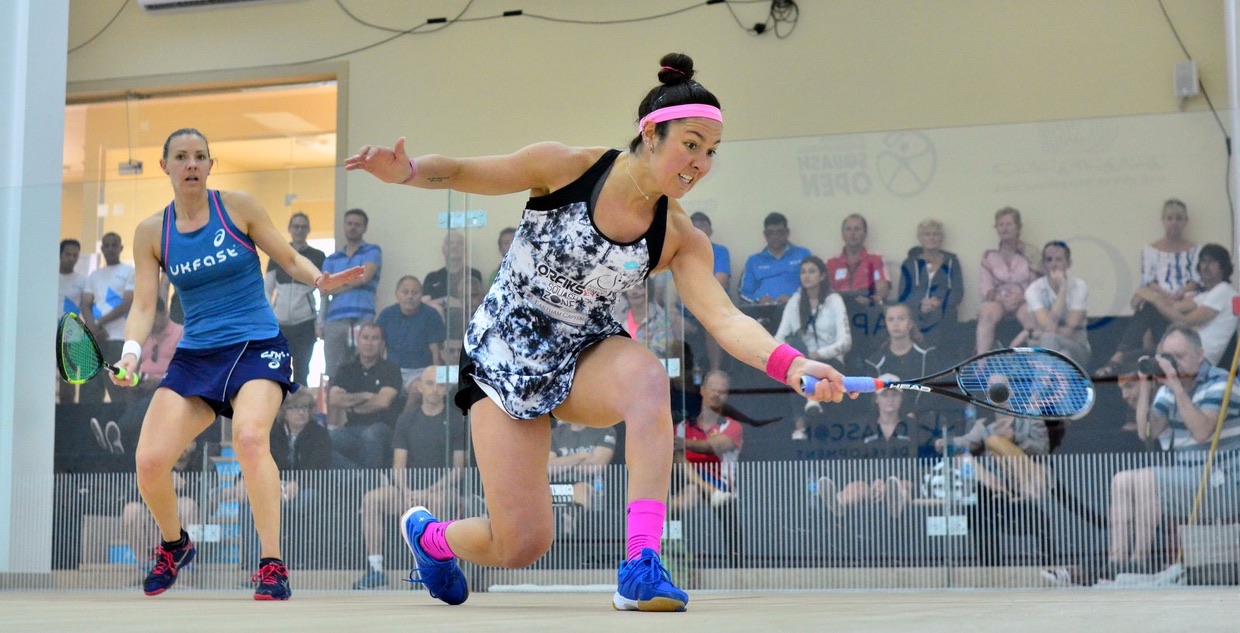 United States No.1 Amanda Sobhy has risen four places to sit at World No.8 after the PSA Women’s World Rankings for May were released today (May 1).

Sobhy, the 25-year-old Harvard-graduate from Boston, last week reached her first PSA World Tour Platinum semi-final since rupturing her achilles in March 2017, with a run to the last four of the El Gouna International Squash Open.

Sobhy, who beat World No.3 Nour El Tayeb and World No.10 Laura Massaro en route to the semis, has returned to the top 10 after a two-month absence.

Meanwhile, El Gouna International champion Raneem El Welily remains at World No.1 for a sixth successive month ahead of World No.2 Nour El Sherbini. El Tayeb stays at No.3 ahead of France’s Camille Serme, who has cut the gap on the Egyptian to just 20 points. New Zealand’s Joelle King rounds off the top five.

England’s Sarah-Jane Perry stays at No.6 ahead of El Gouna runner-up Nouran Gohar. Wales’ Tesni Evans drops to No.9, while England’s Massaro drops two spots to No.10, her lowest ranking since May 2008.

Hong Kong’s Annie Au drops a spot to No.11, while Alison Waters falls two places to No.12. England’s Victoria Lust stays at No.13, with Egypt’s Salma Hany (No.14) and India’s Joshna Chinappa completing the top 15.

Yathreb Adel rises two places to a career-high No.16 ranking to sit ahead of fellow Egyptian Hania El Hammamy.

Malaysia’s former World No.1 Nicol David moves up a place to No.18. David, 35, spent an unprecedented nine years atop the World Rankings between 2006-2015 and will make her final appearance in the rankings this month as she brings a trophy-laden career to a close at the Allam British Open between May 20-26. 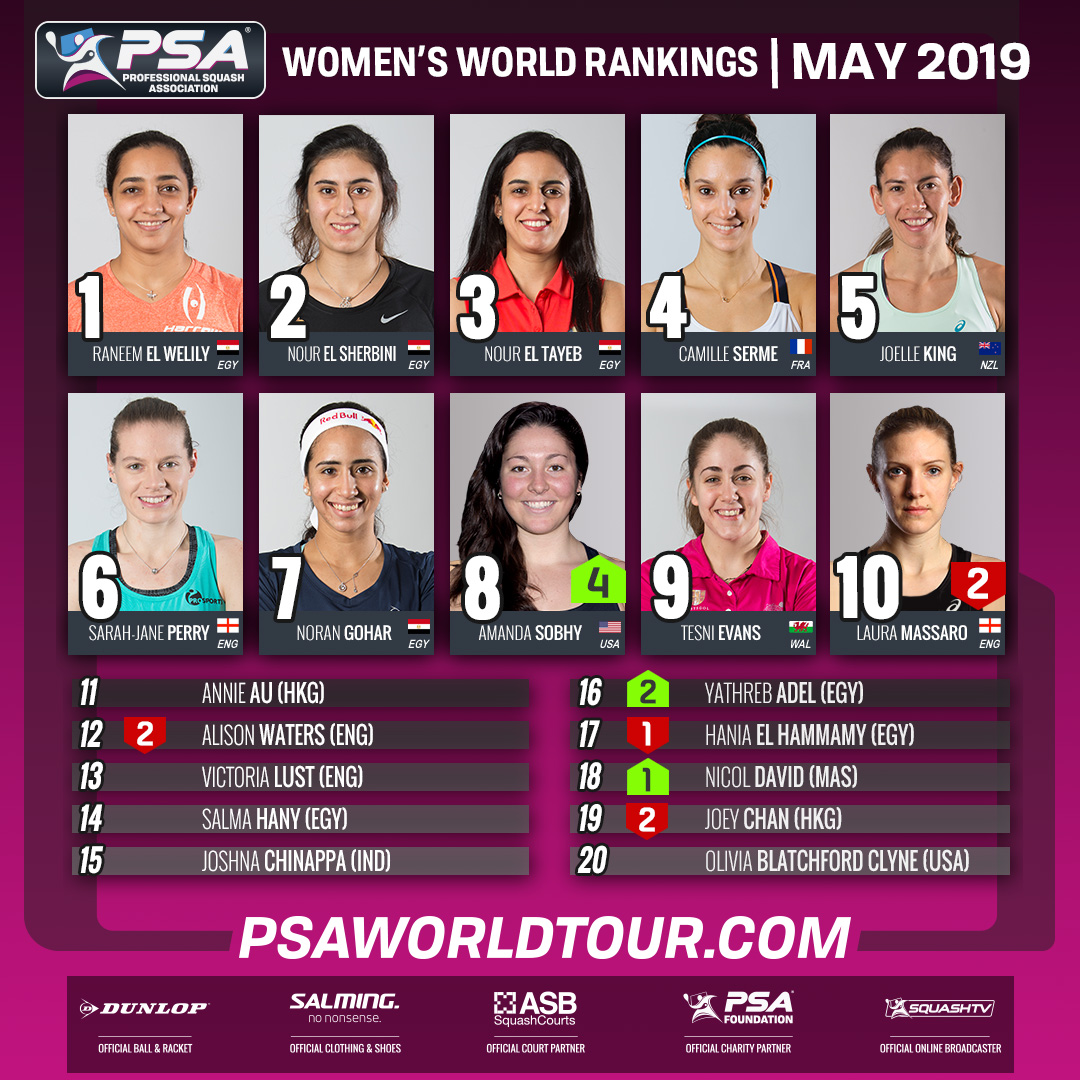 Pictures and graphic courtesy of PSA