Alan Thatcher April 23, 2019 No Comments on Amanda Sobhy comes from behind to tie down Nour El Tayeb in El Gouna 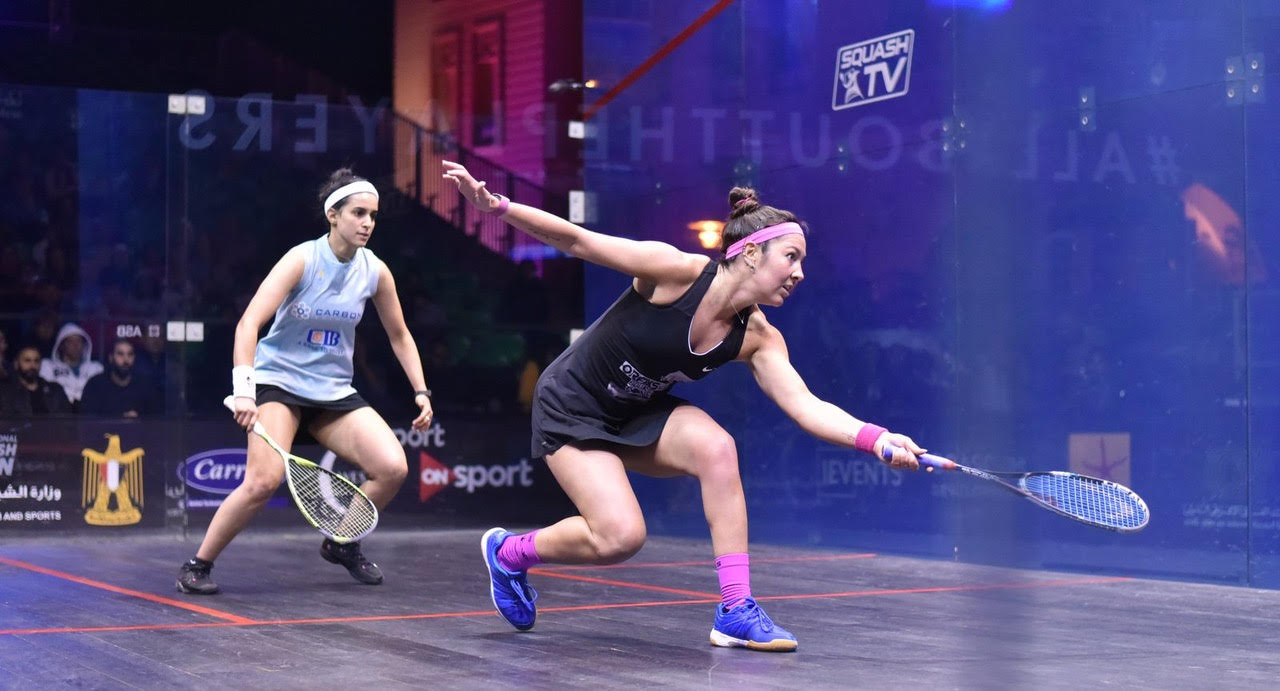 Amanda Sobhy gets in front against Nour El Tayeb

World No.12 Amanda Sobhy is through to the semi finals of the El Gouna International, PSA World Tour Platinum tournament after sensationally coming back from two games down against World No.3 Nour El Tayeb on the at Abu Tig Marina earlier today.

Egypt’s El Tayeb took the first couple of games with ease but a change of game plan saw the American fight her way back into it as she showed more attacking intent.

She took the third and the fourth, and made a strong start to the decider, as El Tayeb lost her composure completely, resulting in her breaking her racket against her own leg after falling 4-1 behind. After the World No.3 returned to court, a conduct stroke was given against Tayeb, with the American taking full advantage to go on and secure victory.

Sobhy will face Egypt’s World No.1 Raneem El Welily on Thursday (April 25) for a place in the final.

The American left-hander said: “I wasn’t thinking I had a chance to win, I was thinking about not getting slaughtered and trying not to embarrassing myself. It is a quarter final … and Tayeb was playing well, but I told myself to give it everything I had.

“There was some rage, some anger fuelling me, and I just tried to power through. Fortunately I got a good lead in both the third and fourth and in the fifth, I wasn’t event thinking about how I had come back, I kept thinking I needed to keep my head down and to keep going.

“I think I was not prepared for the glass court, and I had over 48 hours of rest. I didn’t do much yesterday apart from a 30-minute hit, so I think it was just that shock to the system of the pace. I had to get the lungs working again, I couldn’t find my lengths and she was all over me. I don’t really know how, but I just told myself to stop being a baby and to push through.”

Defending champion El Welily is through to the semi finals after beating New Zealand’s Joelle King in a high-quality four-game affair.

The pair had met 15 times on the PSA World Tour in the past, with the Egyptian having won 11 of them. However, King had won four of the last six, including the finals of the Hong Kong Open and Cleveland Classic in 2018. 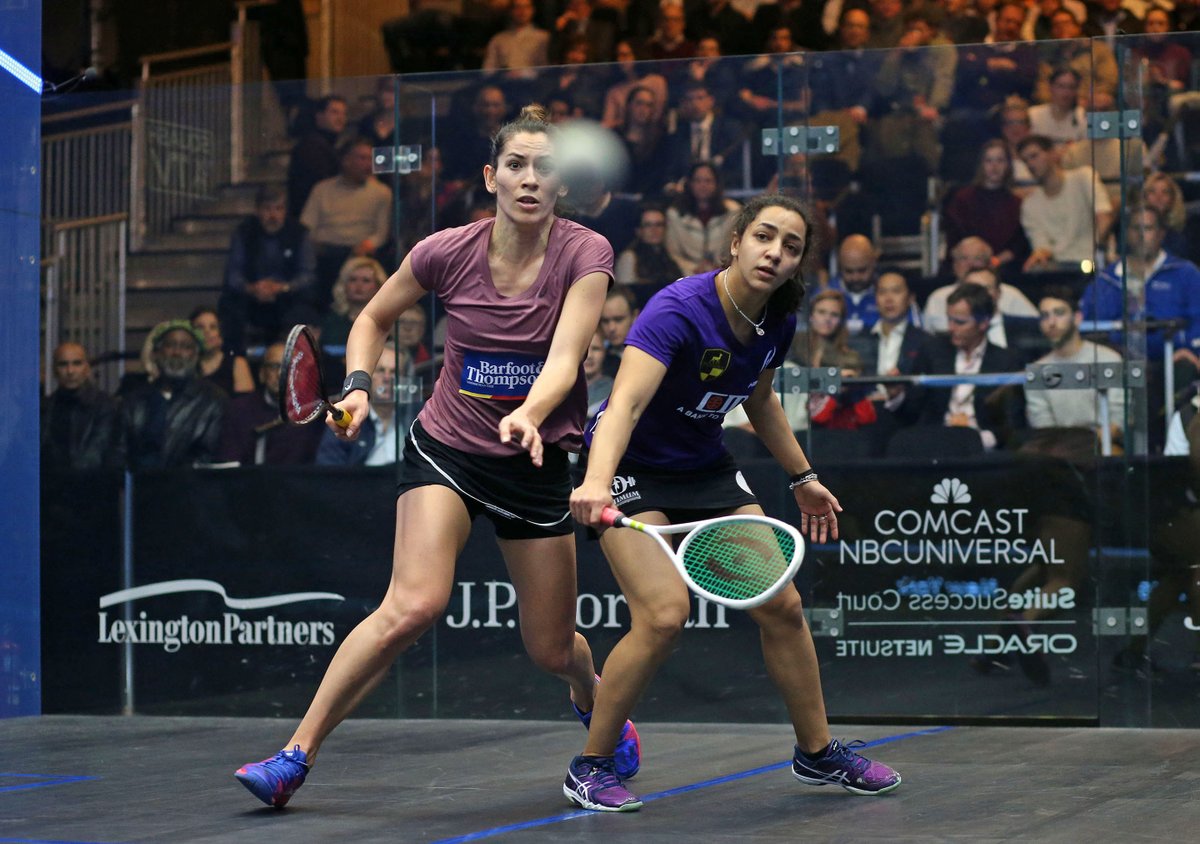 Welily came out strong to win the first game, but the Kiwi pegged her back with some quality squash in the second. The World No.1 found another gear though to claim victory and book her spot in the semi finals.

“I am definitely pleased to be into the semis here in El Gouna. Playing Joelle has not been easy for me lately but to come out with a 3-1 win is definitely something that makes me pleased,” Welily said after her victory. 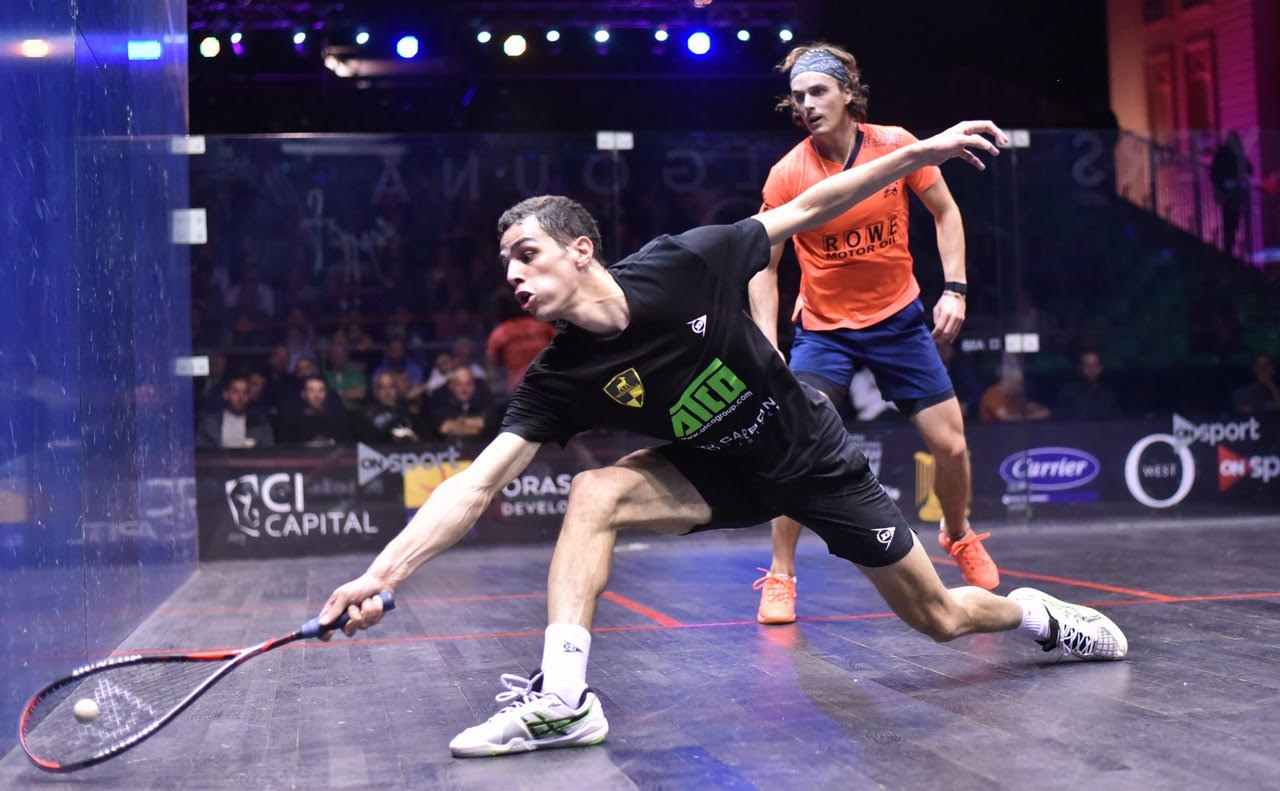 Meanwhile, the first men’s semi final will see a repeat of the PSA World Championship final as both World No.1 Ali Farag and World No.3 Tarek Momen booked their places in the last four.

Farag advanced to the semi finals after coming through a tricky match with New Zealand’s Paul Coll.

This was the eighth meeting between the pair, with Farag having won the last six, including at both the World Championships and the Tournament of Champions earlier this year.

Despite the 3-0 scoreline, Farag never had full control of the match, as World No.5 Coll kept himself in the match thanks to his trademark retrieving ability. However, the Egyptian was able to score points at exactly the right times to secure victory, setting up a clash with Momen in the last four as he aims to improve on last year’s runner-up finish to Marwan ElShorbagy.

“He is never going to give you any cheap points, so you have to earn every single point and that is not easy when you play against someone like this. However, I think I had my tactics sorted today, and I tried to make sure I did not get into a physical battle with him, so I am glad to be through in three.” 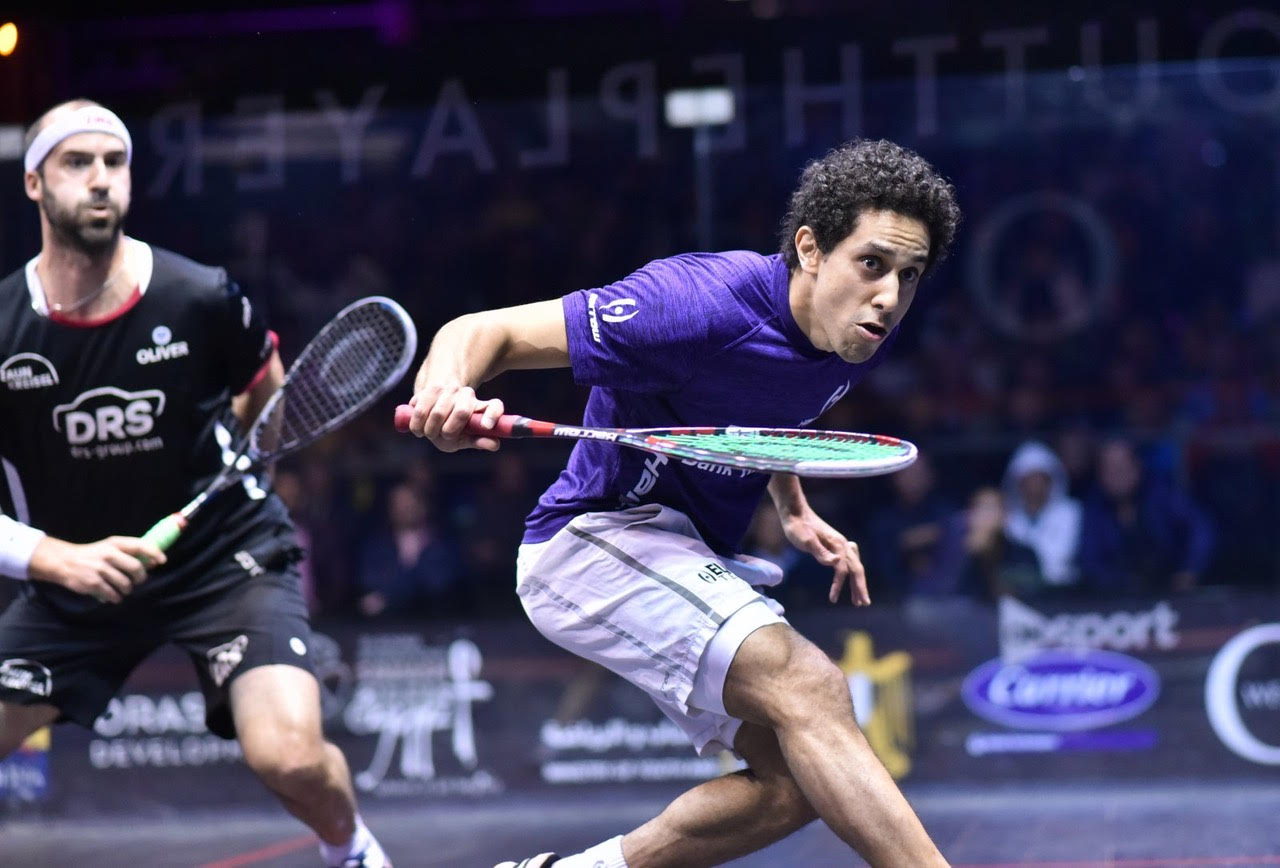 Egypt’s Momen is through to the last four after a great display of attacking squash helped him defeat Germany’s Simon Rösner to claim his 250th win on the PSA Tour.

Momen took the first two games comfortably, but Rösner fought back, as he aimed to win a third straight match against the Egyptian, a run which includes the 2018 J.P. Morgan Tournament of Champions final. It was not to be though, as Momen went back on the offensive to reach his first semi-final in El Gouna.

Momen said: “I try to isolate things, I don’t like to get my revenge. Every match I play, I go in for the win. I’m fully committed to getting my win over Ali, irrespective of what happened in the past.

“I don’t want to link between what happened then and what happened now. It’s just a match, he’s a good opponent, and I have to come on court with the right gameplay and execute it to the best of my abilities.”

With both Momen and Farag into the last four, this guarantees an all-Egyptian men’s final, as Fares Dessouky, Karim Abdel Gawad and both ElShorbagy brothers face off in the other two quarter final matches.

Quarter final action continues tomorrow evening (Wednesday April 24) as the bottom half of the draw play their last eight matches on the glass court.

Matches from the glass court will be broadcast live on SQUASHTV (rest of world), Eurosport Player (Europe only) and the official Facebook page of the PSA World Tour (excluding Europe and Japan). Play starts at 18:30 local time (GMT+2).