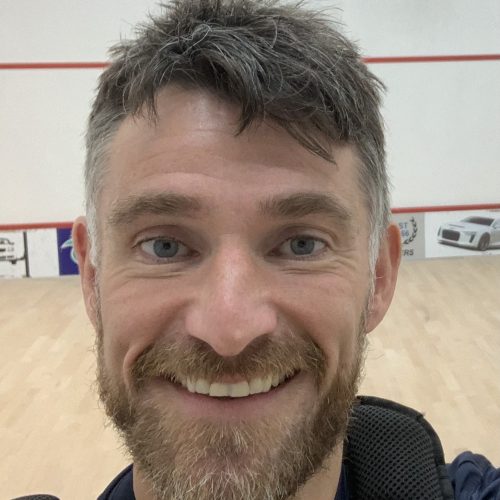 In my eyes, squash is pretty much the perfect sport – however, convincing the world of this still needs some work, and for me the obvious next step is the refereeing situation on the professional circuit.

In terms of world appeal via broadcasting squash, the standard of squash being played now is outrageously good; both men and women play with the same rules, regulations, dimensions and share the same governing body; every aspect of the PSA TV coverage is superb; the ball is now easy to see on the screen; the media and marketing is great; and the venues are spectacular – the only area which needs obvious improvement is the refereeing.

When it has come to showcasing our sport to the masses, the factors holding the sport back have been:
(1) ball visibility issues, (2) people finding the sport inconsistent and confusing because the men and women played with different scoring systems and different tin heights, and (3) the referee’s role – including understanding let and stroke decisions, too many stoppages and players arguing.

Numbers one and two are fixed. Number three is constantly addressed but far from being fixed.

Arguing between the officials and the players is considerably less than what it once was, and the introduction of the video appeal system really helps this aspect as well as adding another level of excitement and intrigue for the viewer. Cross words are still exchanged, however, and this generally doesn’t look good to a new viewer.

There are two aspects of refereeing which need to improve: the decisions and the personnel.

‘Blocking’ has dramatically reduced, and that’s a great thing for the sport. The guidance regarding ‘strokes’ seems to change regularly and this is an issue for the players and the spectators. I do think this area has improved, though, because in general strokes are a less common occurrence than they were 20 years ago.

We all want free-flowing, exciting squash where points are won from players hitting good shots instead of points being awarded by the referee. However, there are certain areas of the court where strokes can still be given too easily, especially in the front corners after counter-drops. The guidance here needs to be finalised because the last two seasons became more unpredictable than it was a few years before in this department. Although, I do not think we are too far off finding the right balance.

For me this is the main area: having confident, knowledgeable referees that are, most importantly, respected by the players. In my opinion the obvious way to achieve this is to have ex-professionals become referees.

Immediately the players on court will know that their referee will have been in every possible situation numerous times as a player themselves.

This is vital experience for referees to have in order to make correct decisions time and time again, because in squash not every situation is the same. There are incredibly subtle differences between similar situations during a squash match.

Many factors come into play and players who have played at an elite level understand these and can quickly apply their experience to their decision – not every decision is ‘black or white’ just because of where it has happened on the court, and where it appears the two players are stood.

Professional referees who know the rules ‘to the letter’ but have never been in certain pressure situations themselves cannot make fully informed decisions and are therefore going to disappoint the players on court.

Many referees have played squash to some level, but club squash is very different to elite squash and refereeing decisions need to be tailored accordingly. But, on the professional world stage this can only be achievable by having refs who have lived through similar experiences themselves. This is the only way to achieve consistent refereeing.

I’m not saying that professional squash players are guaranteed to make good referees, just like a good player is not guaranteed to become a good coach, but it certainly helps. And for a referee who has undergone to proper training, it most definitely helps gain the respect of the two players on court.

How on earth can this be achieved?

Attracting elite players to ‘the refereeing game’ has always proved difficult, if not impossible. And that’s the case in almost all elite sport, not just squash. How many top footballers have ever retired and become a referee? None. I know that under the current set-up, I certainly wouldn’t be tempted to become a referee. It’s incredibly unappealing. But it doesn’t have to stay that way…

So, how do we change this?

Easy. Offer considerably more money. This way you attract ex-players to make refereeing their main career after squash. All professional players need a career after squash, but nobody will want a career where they don’t get paid or get paid so little they’d struggle to cover their food costs.

This is important now – we must acknowledge the vital role referees play in our sport. If this is the main area which is holding the sport back, it has to be changed in a way we’ve never tried before.

Simply tinkering with the rules and increasing the intensity in the way referees are trained and assessed will not work, because it is not working! If we acknowledge that the referee is as important to the two players on the court, then their increased relevance should be rewarded with increased pay.

The players are making more money every year (when we’re not affected by coronavirus) as the PSA Tour grows financially – which is brilliant for our sport and may it continue to do so – but surely referees’ fees need to be increased too, and not just by £20 here and there, but substantially enough to make it an attractive potential career. Top referees need to be as recognised as the players are by the governing bodies.

The more ex-players who become referees, then the more will want to become referees, and so on. It will become an enjoyable and sociable career choice – but the money has to come first. Squash refereeing is a high-pressure environment and not always particularly enjoyable.

Surprisingly, it’s also physically and mentally demanding. Imagine having to ref five, six, seven or more matches in a day between some of the best players in the world – so surely we can agree that their pay should reflect this pressure?

Initially, I suggest ex-professional players are targeted ASAP with the view of generating a new group of five or six qualified referees within the next two years (all under 45 years of age), who can be filtered into PSA World Tour events.

I would recommend a non-ground-breaking salary of around £20,000 a year with their flights, accommodation and food covered for all events they are required to attend. I’m positive the PSA and WSF could budget for £150,000 per year to cover this initiative.

Then I think a realistic five-year plan would be to have a group of 15 international referees who officiate all the main televised events, and who are all ex-professional players.

This is how we will make the PSA World Tour an even greater spectacle and in turn have our sport appeal to many more people across the globe – and, dare I say, the Olympics.

How Andy can help your club:

AWsome Sports creator Andy Whipp is now offering squash consultancy / sports club consultancy. Given his many years’ experience of all things squash at every level of the sport, and after countless people asking for his advice on a range of squash and club matters, he has decided to use his expertise to offer a FREE squash consultancy service.
AWsome Sports are happy to help with league and club committee ideas and decisions, as well as squash advice to parents and professionals.
So if you need some general advice, inspiration, fresh ideas, or a mediator for your club or league committee debates – please contact Andy at [email protected] for more information.