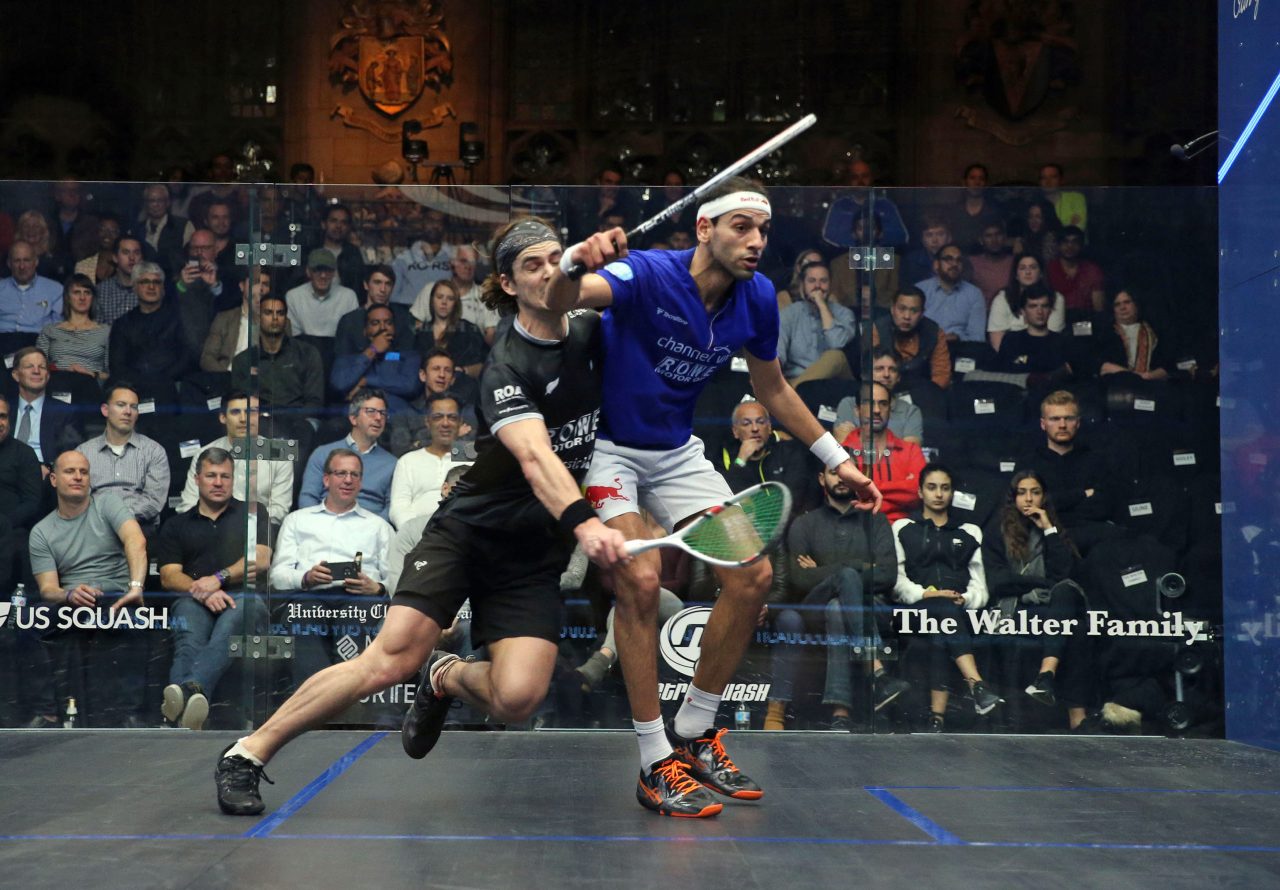 Mohamed Elshorbagy, Egypt’s Bristol-based world No 1, has launched an explosive attack on the Professional Squash Association (PSA) after being sent a disciplinary email by the players’ body hours before losing at the ongoing Windy City Open in Chicago.

Elshorbagy, who has lived in the west country of England since he first came over as a 15-year-old to attend Millfield School, admitted the falling out in a 10-minute Facebook video today, during which he also revealed that he could not travel to Egypt during 2020.

The Egyptian lost his quarter-final match to New Zealand’s Paul Coll on Monday night before being interviewed by the PSA. But Elshorbagy said that the interview was not made public and claimed that the decision was made by Lee Beachill, the former world No 1 who is now the PSA’s chief operating officer.

Elshorbagy said: “I found that surprising. I’m not someone who makes excuses when they lose, but what happened to me in this event has been very unfair and people need to know.”

As a top eight player he is obliged to play in the PSA Tour’s platinum events. As such, Elshorbagy, coached for several years by the great Jonah Barrington, revealed that he sent an email on February 10 to the PSA board outlining why he could not play in major events in Egypt in 2020.

Elshorbagy, who did not reveal why he can’t travel to Egypt, said that he had not received a reply by the time he travelled out for the $250,000 tournament in Chicago.

According to Elshorbagy, he subsequently received an email from the PSA board the day before Monday’s match against Coll. It is understood that Shorbagy was handed a “disciplinary zero”. The Egyptian stated that it would now be “a miracle” to keep his world No 1 ranking.

He said: “I can live with the decision but how can they send me it the day before the quarter-final of a major? I couldn’t sleep before the match and the way it was handled was very unprofessional.”

Ali Farag, the world No.2 and Elshorbagy’s rival, is one of nine PSA board members and the email outlined that his fellow Egyptian had abstained from the board vote. 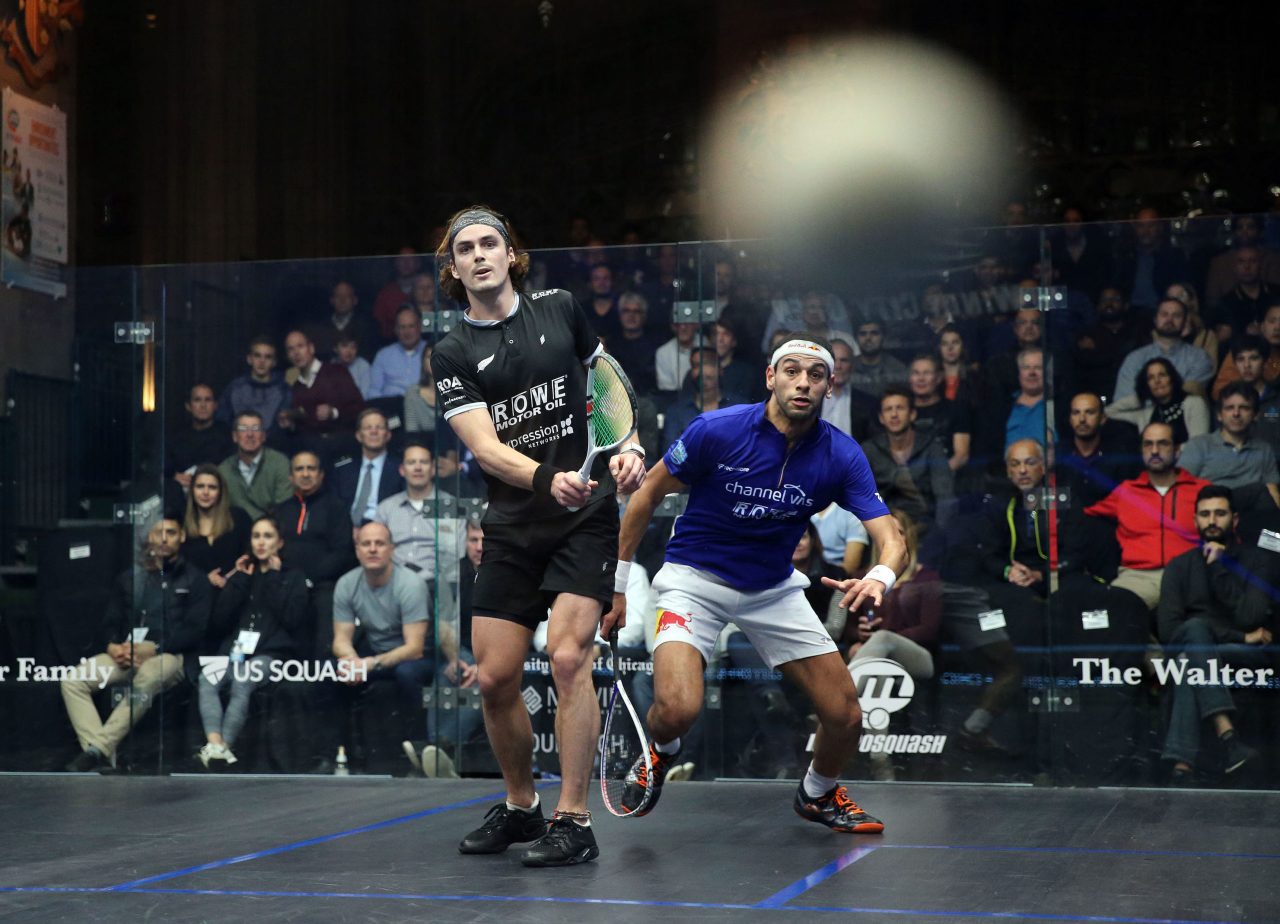 However, Elshorbagy accused the PSA of a “huge conflict of interest” after the email was sent by its chairman Ziad Al Turki, who also sponsors Farag.

Referring to his non-broadcasted video, Elshorbagy added: “Why was I not allowed to say the truth? I’m very disappointed in going to a match and my preparation being completely messed. None of us deserve to be treated this way during a major event.”

It was later confirmed by the PSA that ElShorbagy had revealed (in the interview that was not broadcast) that Egyptian males aged 19 to 34 face conscription. Athletes and celebrities based overseas can avoid the call-up by paying 50,000 dollars every time they return home to Egypt.

It’s an unofficial deal the government have with business and sports stars, although Liverpool footballer Mo Salah has been given a special dispensation by the Prime Minister.

Adding a further twist, the PSA received praise on social media last night for broadcasting an interview with American No.1 Amanda Sobhy, who accused Egyptian Nouran Gohar of deliberately blocking her path to the ball and criticised match referee Wayne Smith for failing to spot these alleged incidents.

Sobhy later qualified her remarks by saying that she did not wish to discredit Gohar as a player.

ElShorbagy said he assumed that because PSA Board member Daryl Selby (who represents Sobhy) had applauded the revealing tone of Sobhy’s interview that he would have also stuck up for the comments made by ElShorbagy.