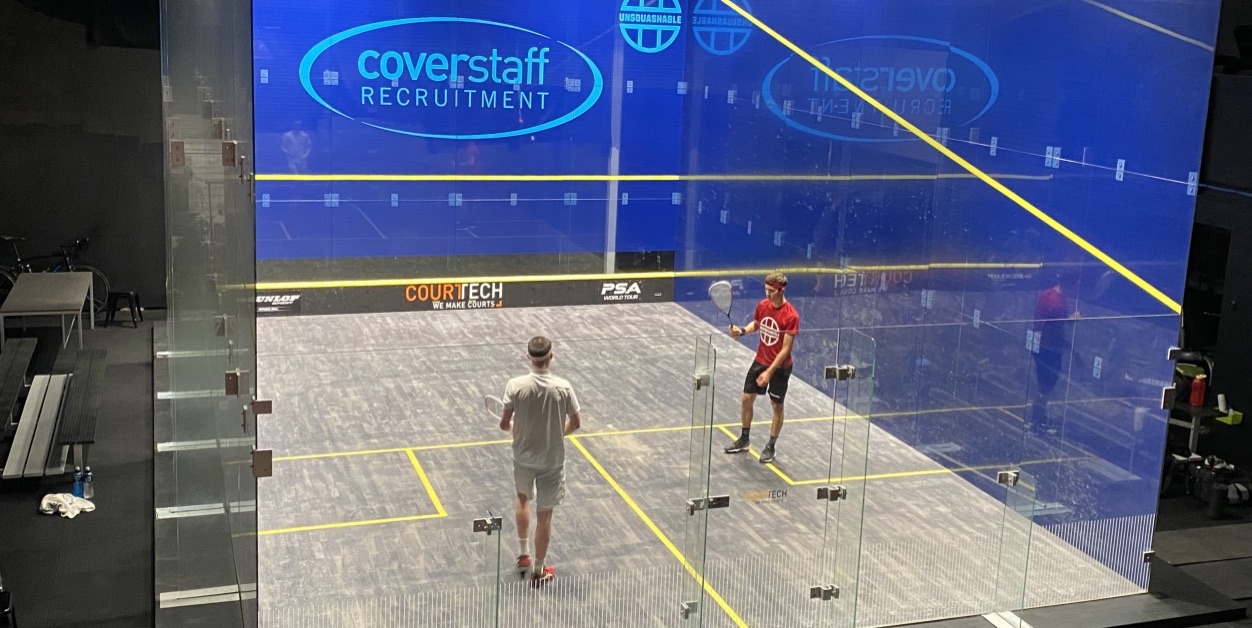 The start of the final weekend of the Premier Squash League left no doubt that even in a round robin format that players were there to win and weren’t leaving anyone wondering about their efforts.

Apa showed plenty of good touch and holding skills with the ball and racket, but not quite experienced enough in the rally to counter his older international-ranked opponent.

Michael Shelton Agar and Jack Conder then played out a lengthy five game contest where neither player looked assured of victory until the last point with the oldest player in the field, Shelton Agar coming through in the end.

In the Premiership Division it was Joel Arscott, the winner of week two of the competition, scoring a win over his then final’s opponent, Elijah Thomas. On this occasion it was a four-game match, but still took close to 50 minutes.

Thomas won the first game with relative ease. However, scores were then turned around quickly in the next two games. Into the fourth the play became intense with each having similar styles. With the scores at 10-10 it was called ‘long’ to win by three by Thomas, but Arscott was able to take the set and the match 13-10.

In the final match between the two shot makers of Temwa Chileshe, the winner of week one and week three of the series, and Leo Fatialofa, it was always going to be entertaining.

The contest lived up to expectations with winners a random and a closeness that belied the straight game score. Chileshe, with a world ranking of 337, finished the winner 11-6, 13-10, 11-8.

The second round robin matches start from 3pm on Saturday June 6 with Apa Fatialofa first up against Shelton Agar followed by Templeton facing Conder. Then it’s the turn of the Premier Division as Arscott takes on Leo Fatialofa followed by Chileshe against Elijah Thomas.