Guest Contributor May 24, 2020 No Comments on Arscott finishes the fifth in fine fashion to win week two of Unsquashable PSL 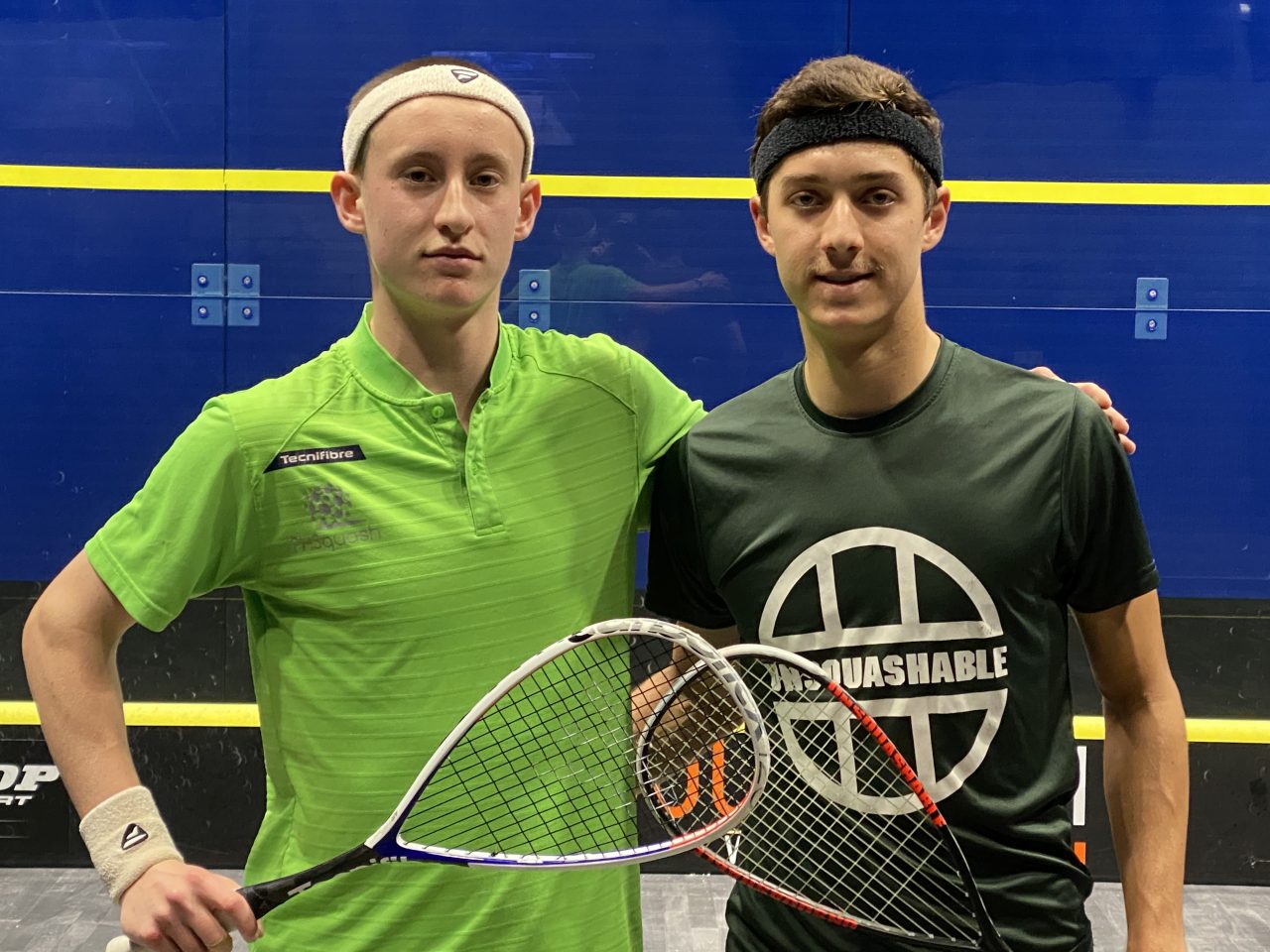 Joel Arscott (right) and Elijah Thomas before the final

Joel Arscott prevailed in five games to win the final in week two of the Unsquashable Premier League in Auckland, New Zealand.

Control shifted one way then the other during the early stages as each traded long rallies and physical play to try and gain the ascendancy. Only in the fifth game, as the overall time extended 60 minutes, did Arscott manage a significant lead and was able to hold on to it as a couple of unforced errors crept in to his opponent’s game.

For Arscott it was a good finish to some concentrated training and play of the last eight weeks. He said: “I’m not overly sore or tired; it was a good contest. It was nice to have a battle like that again. It was a tight-fought contest, but I really enjoyed it.”

With the temperature dropping at the SquashXL venue on New Zealand’s only glass court, which traditionally plays quick, the finalists had to push forward or force their opponents deep into the corners.

Arscott added: “It stays very short and dies off at the back so there was some pretty dynamic movement from both of us. He (Thomas) is a real battler and plays some really disciplined squash. I just got the momentum at the start of the fifth and managed to get away.”

In the third and fourth play-off the previous week’s title winner Temwa Chileshe was victorious over Leo Fatialofa in four games. Chileshe had to keep a steady head against the shot making of Fatialofa, who at times reeled off spectacular winners followed by the odd unforced error.

The fifth and sixth match had Glenn Templeton account for Michael Shelton-Agar in four games while in the seventh and eighth match Jack Conder won in five games in 40 minutes over teenage rival Mason Smales in a tight contest.

Week three of the four-tournament series begins on Friday.