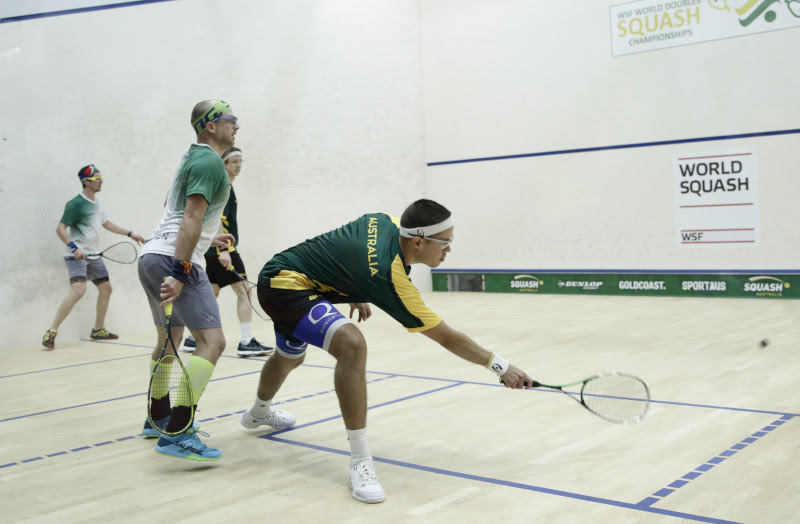 Hosts Australia are guaranteed gold medals in all competitions after dominating day four of the WSF World Doubles Squash Championships at the Carrara Squash Centre on the Gold Coast.

In the men’s competition, defending world champions Cameron Pilley and Ryan Cuskelly overpowered their Colombian opponents Andrés Herrera and Juan Camilo Vargas to have another shot at gold.

The pair from New South Wales won the match 11-5 11-7 and will face a challenge from second-seeded compatriots Zac Alexander and Rex Hedrick in the final.

“I thought we played really well, we probably lost a bit of concentration in the second where the ball got a little bit dead after the first game, but overall very confident,” Cuskelly said.

Pilley added: “We haven’t played together since the Commonwealth Games over a year ago so we are getting better with each match and getting more confident.”

Alexander and Hedrick were pushed by gritty South African duo Jean-Pierre Brits and Christo Potgieter (all pictured above), with the Australians eventually winning 11-9, 11-4.

“They (the South African pair) have looked dangerous the whole time and they’ve had some good results, so we knew it was going to be tough and a bit tricky but we thought we’d stick to our guns and do what we do well,” Hedrick said.

Partner Alexander added: “For us as a team it is getting through the first couple of points at the start of the game and the other boys (Cuskelly and Pilley) are so strong and attacking and are pretty much top 20 in the world still so we are the underdogs for sure.”

With no bronze medal playoff at the WSF World Doubles, both the Colombian duo and the South African pair will take home bronze. 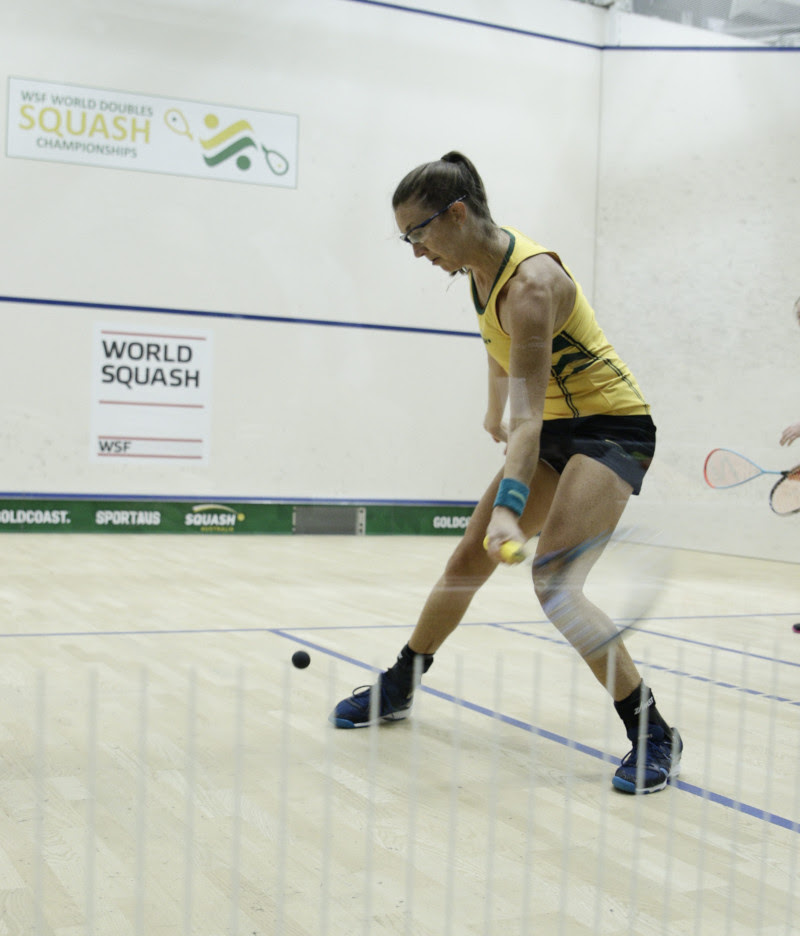 Pilley will have a shot at a second gold in the championships when he pairs with cousin Donna Lobban in the mixed doubles final. Pilley and Lobban, the defending Commonwealth Games mixed doubles gold medallists, won through against Alexander and 17-year-old South Australian Alex Haydon 11-9, 11-7.

“It is nice to not play your absolute best and still come off with a two-nil win so we will take that,” Lobban (pictured) said.

“We thought our Aussie team-mates played really well today and it was a good game, so yeah we’re happy to be in the final.”

Making his senior Australian debut at the tournament, Ethan Eyles (also 17-years-old) will play off in the gold medal match with his partner Christine Nunn. Eyles and Nunn tamed their more experienced opponents, Catalina Pelaez and Matias Knudsen of Colombia, 11-10, 11-6.

Australia will take gold in the women’s doubles competition as well, with the final round robin match between Lobban/Nunn and Sarah Cardwell/Jessica Turnbull to determine the final position.

Cardwell and Turnbull are guaranteed a silver medal at worst on the final day, after defeating Colombian sisters Laura and Maria Tovar 11-8, 5-11 ,11-5 in what was day four’s tightest match.

The Colombian pair will be looking to stop an Australian clean sweep of medals, when they play Taylor Flavell and Selena Shaikh on the final day. The Victorian pair, who are making their national team debut in the tournament, defeated Jemyca Aribado and Aysah Dalidah of the Philippines 11-7, 11-6 on the penultimate day to give themselves a shot at world championship bronze.