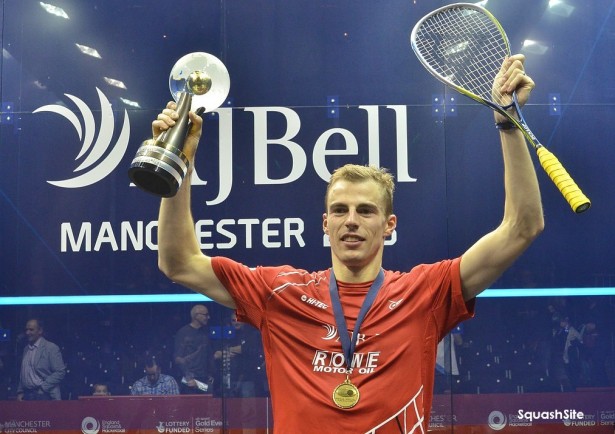 World number four Nick Matthew was a glaring omission on the BBC Sports Personality of the Year 2013 shortlist, as their expert panellists predictably overlooked his record-breaking achievements in favour of more ‘high-profile’ athletes.

Matthew (pictured above), who became the first Englishman to win three World Open titles with a dramatic final victory over Gregory Gaultier earlier this month, had received the surprise backing of Deputy Prime Minister Nick Clegg who ‘tweeted’ his support for the 33-year-olds inclusion last week.

But despite the best efforts of our Squash Mad campaign to back Matthew’s addition, the three-time British Open champion and double Commonwealth gold medallist will need not reserve another space on his mantelpiece for the coveted trophy.

The announcement, which was made on the One Show on BBC One, bears a close resemblance to the heartache suffered by Yorkshire rival James Willstrop last year, who was snubbed despite spending 11 months as world number one during 2012.

Wimbledon champion Andy Murray is the early favourite to win this year’s crown, with Mo Farah and Chris Froome also in contention.

All 10 candidates will be looking to follow in the footsteps of 2012 Tour de France and Olympic Road Cycling winner Sir Bradley Wiggins, who received the prestigious trophy last year from the Duchess of Cambridge and ex-England captain David Beckham.

The annual event, which is expected to attract 12,000 spectators, will be held at the First Direct Arena in Leeds on Sunday, 15 December.