As we warned, Squash 57 rebranding exercise is laughed out of court

Alan Thatcher August 30, 2016 12 Comments on As we warned, Squash 57 rebranding exercise is laughed out of court 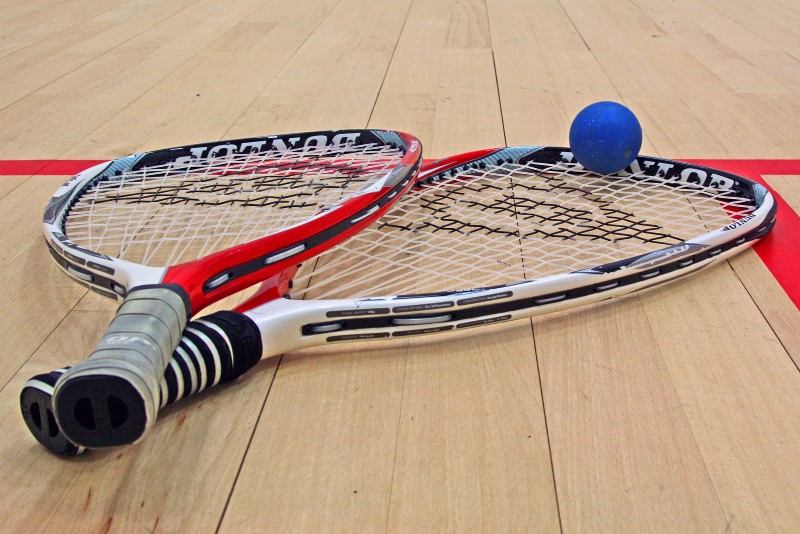 Does racketball need a new name?

As we warned the other day, attempts are being made to officially rebrand racketball as Squash 57. The news was officially announced today by the World Squash Federation to a chorus of disbelief and derision from clubs, coaches, players and manufacturers.

The WSF today issued a media release announcing the proposed name change after working on these plans with England Squash, who recently dropped the name “racketball” from their title.

Racketball players and racketball manufacturers are furious at the proposals and say they will refuse to abide by the decision.

Enthusiastic racketball players maintain that they will continue to keep calling their game by its familiar name, while many leading manufacturers claim not to have been consulted and are refusing to change their branding guidelines. With thousands of pounds/dollars’ worth of product already in circulation in the marketplace, they claim that cost of rebranding is prohibitive, as well as being hugely confusing to consumers.

Coaches also claim the name might be confusing to newcomers, and club officials are complaining in unison about the cost of changing the name on their signage, club websites, stationery.

British racketball champion Tim Vail, from Hampshire, said: “Not a fan of this idea to be honest. I can’t ever imagine calling myself a “squash 57” champion.”

The news has been greeted with disbelief, both in comments on the original Squash Mad article, and remarks on social media questioning the reasons for the proposed change. One club chairman described the move as “swivel-eyed lunacy”.

“Our primary concern is the apparent ‘closed door’ behind which this liberty with our sport was taken. The suddenness of the timing and the lack of detail in the public announcement provokes an element of fear that thorough canvassing of affected parties was not carried out. The use of the non-specific terms ‘international federations’ and ‘equipment manufacturers’ in the press release does not suggest that there are any backers willing to put their name to this rebrand. Certainly now we are left reeling as to the possible implications of a decision we had no ability to influence, and no doubt various national federations are now receiving questions which they were unprepared for.

“It is extremely disappointing to see Racketball treated as very definitely secondary to Squash and as something of an inconsequential plaything by World / England Squash. Racketball is of course an invaluable stepping stone into squash, but it is also a legitimate sport in its own right. We take exception to the suggestion in the press statement that the sport is only ‘popular in England’ and ‘will grow to complement squash in many other countries’. There have been tireless efforts domestically and in many countries to promote Racketball which deserve recognition.

“The other major concern of ours: who is going to pay for the rebrand? We estimate the cost of redesigning and replacing our graphics, club decorations, signage, barware and advertising to be north of £4,000 even relying on volunteer hours. We could refurbish two of our courts for this money. It is obvious by omission that World / England Squash expect us to fund this ourselves. As if to rub salt into this wound, we have been offered absolutely no justification as to why we should invest this money or assurance that there will even be a payback.

“Our expectation is that World / England Squash will offer visibility and transparency of their decision making process alongside credible market research supporting what we can only interpret at this stage as swivel-eyed lunacy.”

The WSF release is published here:

Racketball, a form of squash sport played on a squash court which has grown significantly in popularity in England and has begun to take hold elsewhere, will be rebranded as Squash 57 in an initiative spearheaded by the World Squash Federation.

It was earlier this year that the WSF, in partnership with England Squash, signposted a change of name for the game, which is played with a larger ball and a shorter racket. The new name focuses on the key difference to squash – the larger ball, which has a maximum diameter of 57mm (compared with 40mm for a squash ball).

The game is a popular introduction to squash and can keep generations of players fit and active, and playing on court well into later years.

Following consultation including a questionnaire to more than 20,000 England Squash members, focus groups, and consultation with other stakeholders including international federations and equipment manufacturers, the new name has been selected.

The rebrand will ensure that the game is seen as part of the squash family, whilst also eliminating any confusion with ‘racquetball’, a primarily North American game played on much larger courts with no tin and a different type of ball.

WSF Chief Executive Andrew Shelley said: “There is no doubt that the game, already popular in England with 12,000 weekly participants, will grow to complement squash in many other countries.

“Whilst current players will doubtlessly still call Squash 57 by its old name, the change has formally been made. As it grows, Squash 57 will be seen more clearly as a discipline of squash, and may even give us greater chance of adding it to major events such as the Commonwealth and other major Games in future.”

England Squash CEO Keir Worth added: “We support the WSF’s position and hope that an increased synergy between squash and Squash 57 will broaden appeal and create a stronger playing community. We are excited to be working in partnership with the WSF and will drive Squash 57 to the widest possible audience.”

The game will become Squash 57 from 1st October and the Squash 57 registered logo, which is available for product and general use, is shown above.