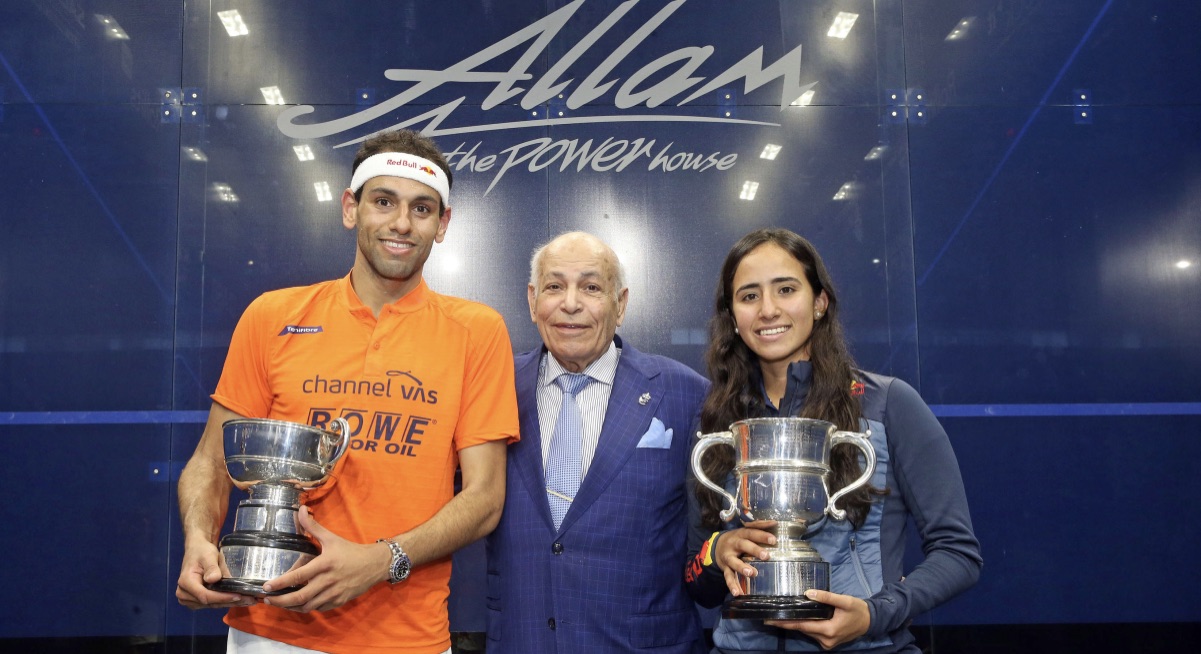 The Allam British Open, one of the crown jewels of the squash calendar, is one of the major casualties as the PSA announced the extension of the World Tour shutdown because of the coronavirus pandemic.

England Squash Chief Executive Keir Worth confirmed that they were discussing possible new dates with the PSA in what could be a crowded landscape when the Tour resumes and organisers of postponed events clamour for new dates.

On the day that England Squash announced the cancellation of this season’s Karakal Premier League (PSL), he said: “Yes, we will be looking at other options and of course, want the event to go ahead. There are logistical issues we are discussing and working through. Hopefully, we will have good news later this year.”

The British Open had been scheduled for May 25-31 at the The University of Hull Sports and Fitness Centre, with a $177,500 prize fund for both men and women.

Other major casualties include the Grasshopper Cup in Zurich, El Gouna, Manchester and Mauritius. Smaller events, for players often living hand to mouth and competing on the PSA Challenger Tour, have also been decimated.

A number of events on the Australian circuit, planned for August, have already been postponed, although one event, the Victorian Open, is being allowed to go ahead in July, plus another event in India. The PSA will not accept any registrations for other tournaments in July.

The PSA World Series Finals, scheduled for Egypt in June, will take place later in the year.

This is a difficult time for the PSA staff, who are all working from home, not knowing how long this crisis will last.

A statement confirmed: “We have every intention of staging the World Tour Finals later in 2020. It would have taken place in June but obviously this is no longer possible.

“We hope to be able to announce the new Tour schedule for the rest of 2020 in the coming weeks.”

The PSA staff are offering financial advice to all members and severl national federations are doing the same. Many leading players, of course, are on contracts with their federations but most PSA members, like their coaches, are now facing life with zero revenue coming in.

For major tournament promoters, the picture is even more financially precarious. Every one of them will have had to pay deposits on venues and hotels, plus facilities including glass courts and seating. Some difficult negotiations are inevitable if suppliers insist on charging fees even if an event is cancelled or postponed.

Renegotiating sponsorship contracts is another difficult challenge with legal and financial implications for promoters, especially with some insurers refusing to pay out if an event is called off because of a global pandemic.

Yesterday, the UK recorded a death toll of 563, the highest daily figure so far. Reports are emerging from UK government sources claiming that China has misreported the death toll in Wuhan, where the virus was discovered.

China are officially reporting a total of 3,500 deaths but some media outlets are claiming that 46,000 people have died in Wuhan alone. Other media reports suggest that China’s total death toll is close to 100,000.

The PSA issued the following statement this morning:

The Professional Squash Association (PSA) can confirm that the suspension of the PSA Tour put in place following the global outbreak of COVID-19 has been extended and all World Tour, Challenger Tour and WSF & PSA Satellite Tour events originally scheduled for May and June have been postponed.

On March 13, the PSA initially suspended both the PSA World Tour and PSA Challenger Tour until the end of April, but following regular communication with tournament organisers and players, and in line with health and safety recommendations being put in place by governments across the globe, a decision has been made to extend this suspension until July.

Two PSA Challenger Tour events currently scheduled for July – the Victoria Open and the Noida Leg of the HCL SRFI Indian Tour – are expected to go ahead as planned, while the PSA World Tour is expected to resume in August. The PSA will continue to review the situation over the coming weeks.

“We have worked tirelessly and assessed all available options with regards to preserving the PSA Tour calendar, but have been left with no choice to make the decision to extend the suspension of the tour until July,” said PSA Chief Executive Alex Gough.

“We have given a lot of consideration to the health and wellbeing of our players, promoters, fans and staff and this decision has not been made lightly. Plans are already being put in place to ensure that affected tournaments are being rescheduled for later on in the year where possible.

“I would like to thank our players and tournament promoters for their cooperation and patience at what has been a difficult time for all involved. We will stay vigilant and keep abreast of further directives from governmental health authorities across the world as we look to come through this period. In the meantime, our best wishes and thoughts are with everyone affected by this virus.”

England Squash have cancelled this year’s Premier Squash League. In a statement published on their website, they say:

England Squash have confirmed that the 2019-20 Karakal Premier Squash League (PSL) has been cancelled due to restrictions around the COVID-19 pandemic.

“Our primary aim has to be to ensure the safety and wellbeing of all players, officials and spectators, and it is now evident, especially in light of today’s extension of the PSA World Tour suspension, that the world will not get back to ‘normal’ soon enough to complete the current season,” said England Squash Events & Competitions Lead Paul Walters.

The current season has been declared null and void with changes to the league format planned for next season held back until the 2021-22 season.

The 2020-21 season, when it is able to start, will use the same structure and regulations as the current season with all existing teams given the opportunity to compete.

Further information regarding the 2020-21 season will be announced as soon as possible.