Australian cousins Cameron Pilley and Donna Lobban struck double Doubles gold on the final day of action in the WSF World Doubles Squash Championships as hosts Australia claimed eight medals across the three events at the Carrara Squash Centre on the Gold Coast.

Cuskelly and Pilley set the tone early, racing to a lead in the first game and taking it convincingly 11-5. In the second, Alexander and Hedrick fought hard with Cuskelly taking issue with a number of refereeing decisions. The experienced duo from New South Wales managed to prevail in the second to secure a second straight world championship title.

“That second game was very much 50-50 and could have been anyone’s but very happy that we pulled back that deficit at the end of the last one,” Pilley said after the medal ceremony.

Cuskelly added: “They had us a little nervous at the end but they played some good squash – we’re just happy to have got the job done.” 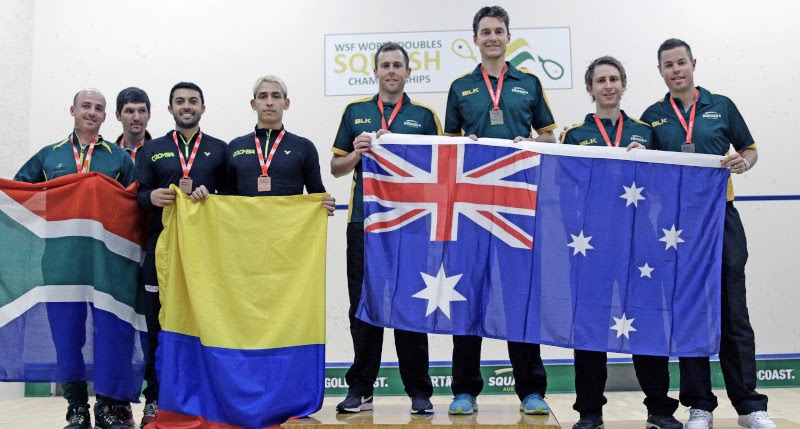 Pilley partnered Lobban to take gold in the mixed decider as well. The combination, which was victorious at the 2018 Commonwealth Games, again proved too strong against compatriots Ethan Eyles and Christine Nunn, winning 11-5, 11-8.

The 17-year-old Eyles, making his Australian senior debut, was impressive in the final against his more experienced opponents.

Nunn added to her silver medal in the mixed and Lobban to her gold, with the pair teaming to win gold in the women’s doubles event.

The experienced duo, who were partnered for the first time in this tournament, were pushed by fellow Australians Sarah Cardwell and Jessica Turnbull. 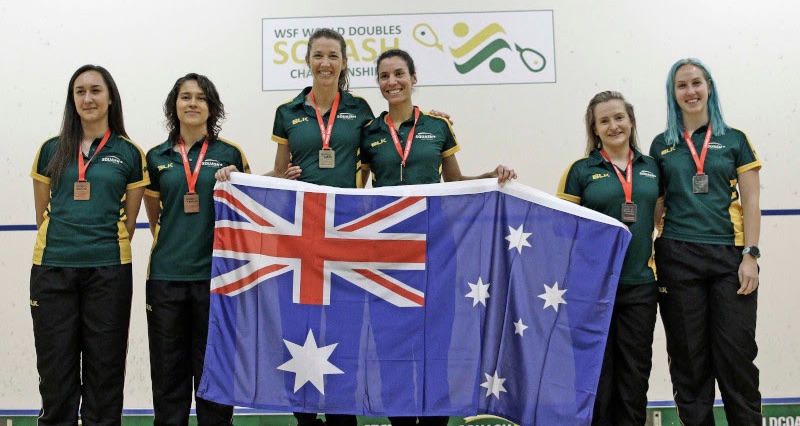 Lobban and Nunn claimed a tight first game 11-9 and were up 2-0 in the second game before a heavy collision between Nunn and Cardwell sent the latter to the floor. Cardwell hit her head in the fall, but was cleared by medical staff and was able to resume the match.

Lobban and Nunn stayed composed despite the delay in play and went on to win the second 11-4.

“I’m really happy with how we played and stayed focus throughout the tournament,” Nunn said. “It’s been a good week and we’ve been able to build on every match.”

The two said their immediate concern after the match was for the health of their team-mate (Cardwell) but were elated with the result.

Victorian pair Taylor Flavell and Selena Shaikh ensured an Australian clean sweep of the medals, defeating Colombian sisters Maria Tovar and Laura Tovar in the 3rd-place play-off in the Pool 11-6 11-8.