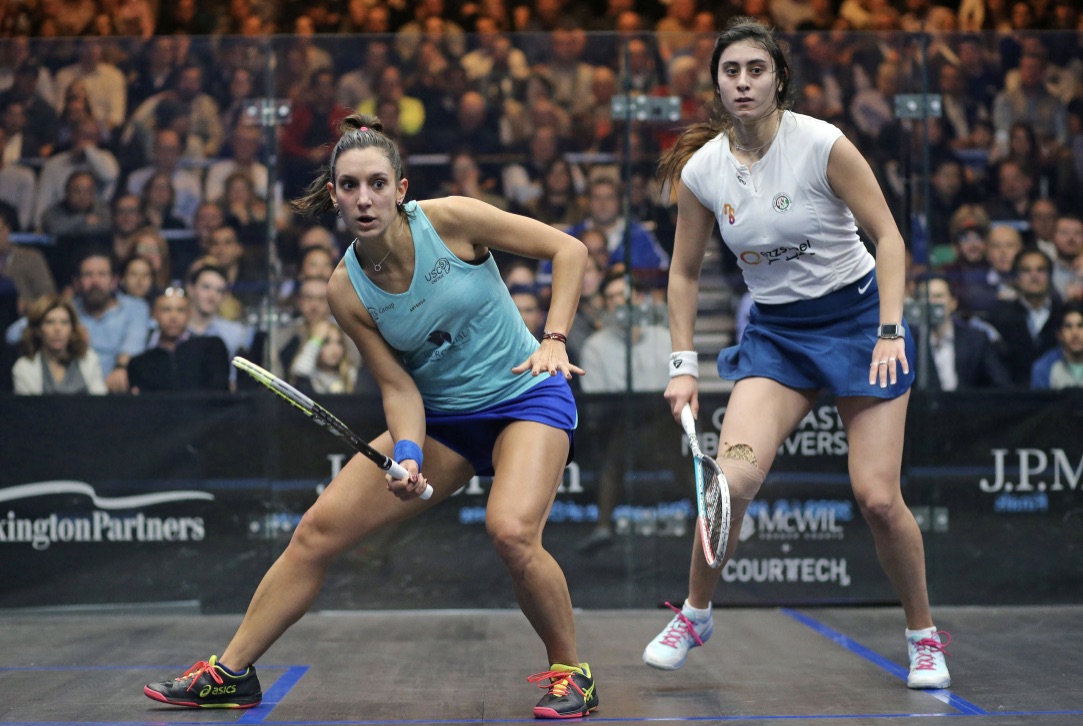 France’s Camille Serme has moved back into the top three of the PSA Women’s World Rankings for February after her title victory at last month’s J.P. Morgan Tournament of Champions.

Serme beat reigning World Champion Nour El Sherbini in New York’s Grand Central Terminal to win her first major PSA World Tour title in three years and that has seen her move up two places to break the top three for the first time since September 2019.

En route to the final, Serme beat World No.1 Raneem El Welily – who retains top spot for a 14th successive month – and Nouran Gohar, but Gohar avenged that defeat a week later as she overcame Serme before downing Nour El Tayeb to win the Carol Weymuller Open.

As a result, Gohar rises to World No.2, with El Sherbini and El Tayeb dropping to No.4 and No.5, respectively.

Kiwi Joelle King stays at No.6, while England’s Sarah-Jane Perry swaps places with America’s Amanda Sobhy as she rises a place to No.7. Tesni Evans stays at No.9, with Hania El Hammamy completing the top 10.

Annie Au and Joshna Chinappa remain at No.11 and No.12, respectively, while Salma Hany rises a spot to No.13 as Alison Waters falls the other way to No.14. Victoria Lust takes the last spot inside the top 15.

Yathreb Adel (No.16), Olivia Blatchford Clyne (No.17) and Nele Gilis (No.18) retain their spots, while Nadine Shahin moves up a place to No.19. Two-time World Junior Champion Rowan Elaraby moves up a spot to reach a joint career-high ranking of No.20.

The biggest risers in the women’s rankings are 15-year-old Torrie Malik from England and Egypt’s Salma El Alfy, who both move up 26 places to No.139 and No.193, respectively. 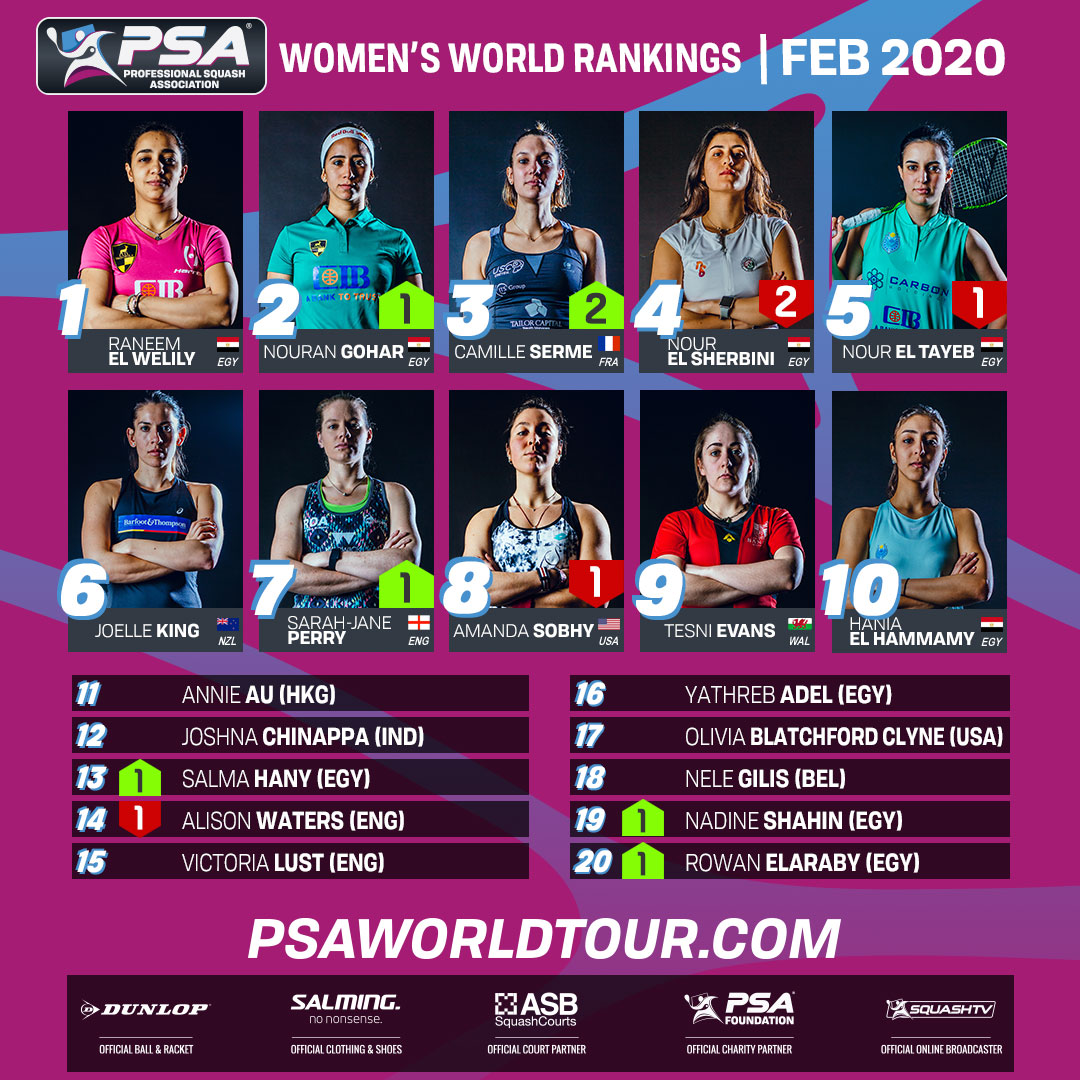