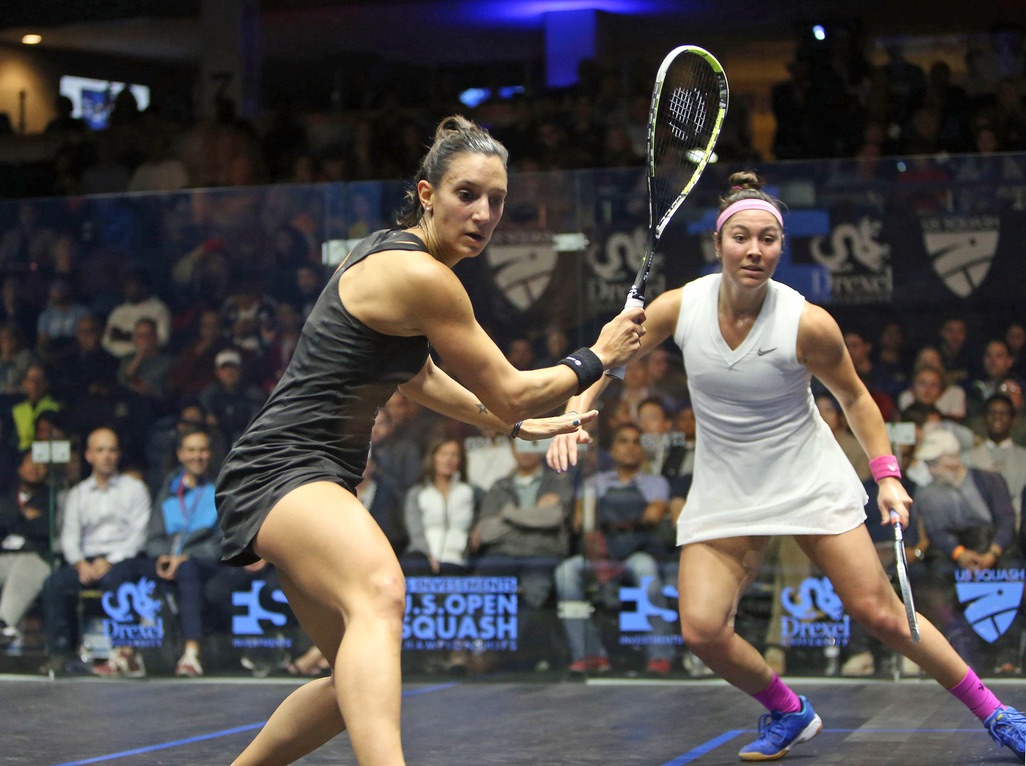 Camille Serme (left) sets up her shot against Amanda Sobhy

French No.2 seed Camille Serme put in an immaculate performance to defeat the only American player left in the FS Investments U.S. Open Squash Championships draw, Amanda Sobhy, to book her place in the semi-finals of the PSA Platinum tournament taking place at Philadelphia’s Drexel University.

The match was a repeat of last month’s Open de France final, which Serme won 3-1 to claim a sixth successive win over the Boston-based World No.8, and the Frenchwoman was methodical and deadly accurate as she dismantled Sobhy to win by an 11-2, 11-4, 11-5 margin in just 24 minutes. 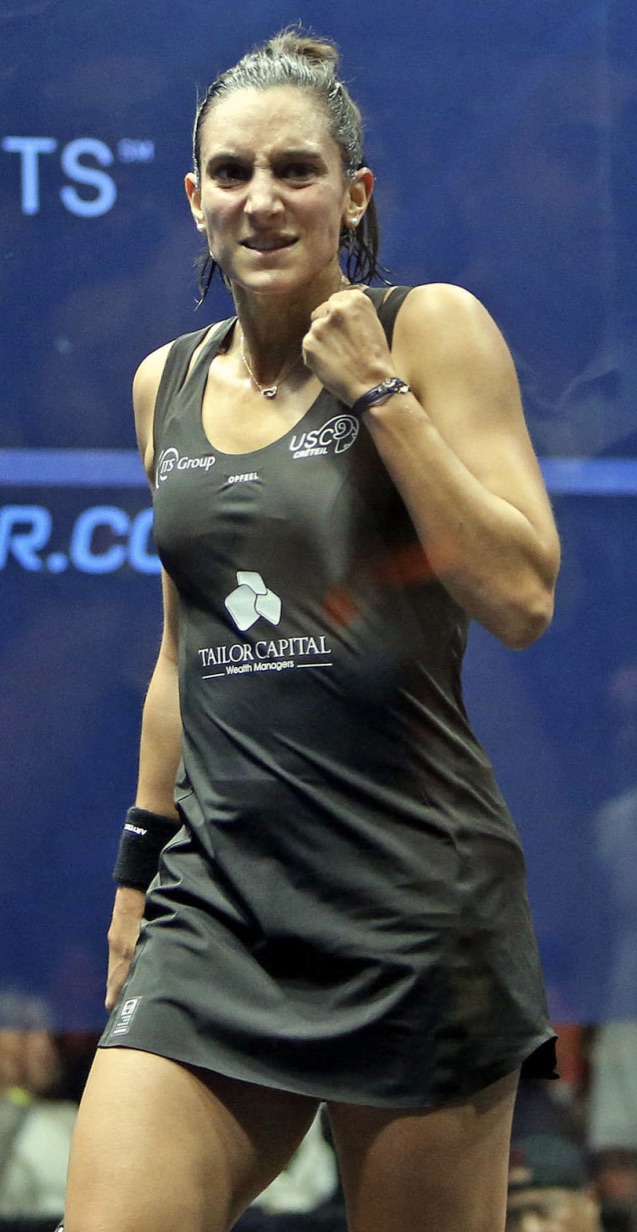 Sobhy has been carrying an adductor injury throughout the event and, despite a spirited showing, the 26-year-old was unable to really get stuck into her opponent and made a succession of errors as Serme dominated proceedings to set up a semi-final fixture with World No.5 Nouran Gohar.

“I know Amanda has been struggling a little bit with her leg, it’s not easy to know that and play your best,” said 2017 U.S. Open champion Serme.

“It was a great battle in France, she played really well. She’s very strong physically and I always try and play on that with Amanda to make the rallies really long and make it as long as I can. Even if she is going to win the point, I try to make it hard for her.

“I haven’t played Nouran since June at the World Tour Finals, so I’m really looking forward to this match. It will be a tough match and I’m very happy to be back in the semis of this tournament.”

Serme and Gohar will contest a repeat of the British Open final – which went the way of Gohar – although Serme did gain a measure of revenge in their most recent meeting, which came in the last four of the CIB PSA World Tour Finals.

Gohar will appear in her first U.S. Open semi-final after she defeated last year’s semi-finalist Tesni Evans in straight games. The Cairo-born 22-year-old was firing on all cylinders as she established her renowned hard-hitting style of play on the match right from the off, and Evans could not stop the flow of winners as the Egyptian triumphed 11-8, 11-5, 11-5 in 34 minutes.

“They say third time lucky, but for me it’s four,” said Gohar. “I started playing the U.S. Open when I was 15 years old and it was my first World Series event. I remember I was playing with Joelle King when she was World No.4, before the injury, and I was so excited to be on court and practicing and everything, so to be in the semi-finals now is unbelievable.” 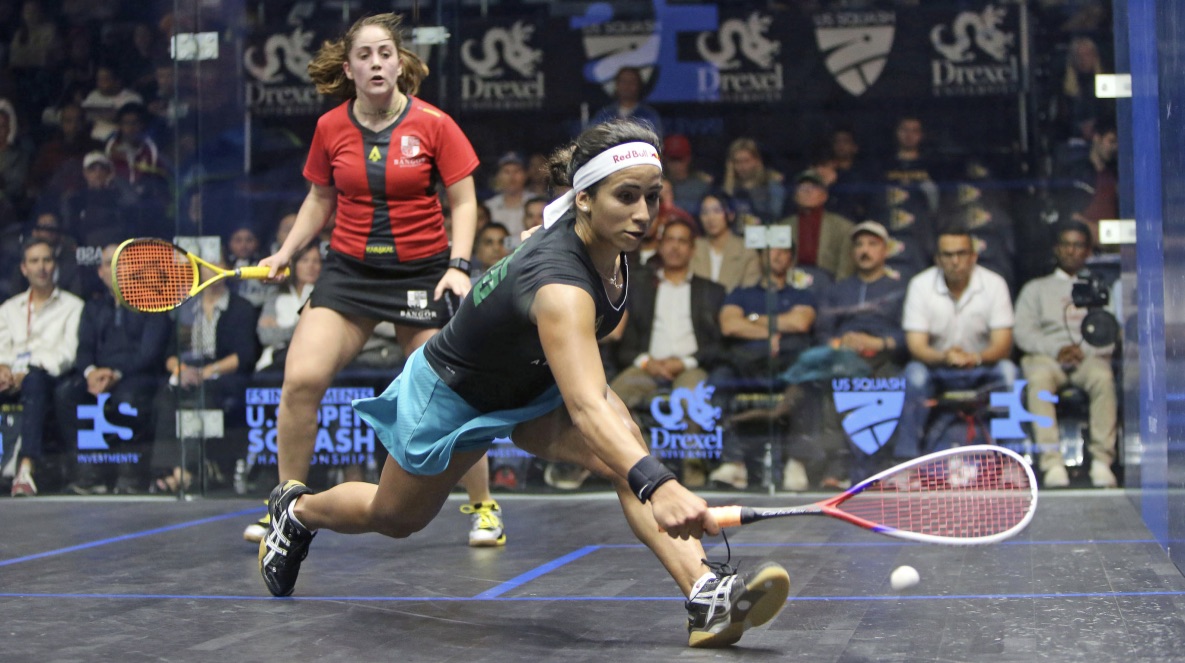 Defending champion Mohamed ElShorbagy continued his title defence as he defeated New Zealand’s Paul Coll to reach a sixth consecutive U.S. Open semi-final. The pair were both unbeaten this season heading into this match, and they played out an electrifying 60-minute encounter in front of a packed house at Drexel University.

ElShorbagy took the opening two games on the tie-break after some gruelling rallies, with Coll unable to make the most of two game ball opportunities in the second. That proved crucial as ElShorbagy outplayed the Kiwi in the third and final game to record a fifth successive win over the World No.5. 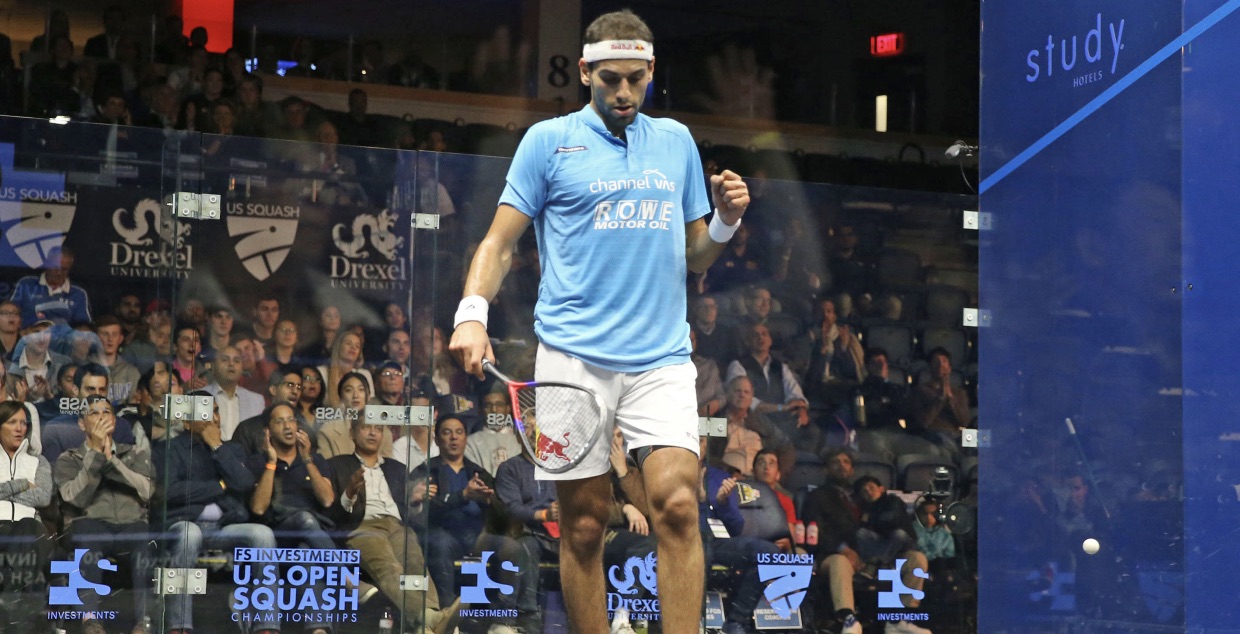 ElShorbagy has fond memories of the tournament after title wins in 2014, 2016 and 2018, claiming the World No.1 spot for the first time after the first of those victories. The 28-year-old will now have the opportunity to reach the final of this tournament for a third time in a row, winning 12-10, 14-12, 11-5 to set up a last four meeting with World No.3 Tarek Momen.

“Playing Paul is always going to be tough,” ElShorbagy said. “You have to accept before you go on court with him that you are going to go through a physical war with him before you can try to beat him. I had to have courage and go for more winners. I didn’t volley as much as I would have liked in the match and I didn’t go as short but I went for it in the tie-breaks and luckily it paid off.”

ElShorbagy beat Momen in the final of the Oracle NetSuite Open last week and the latter will look to avenge that defeat after coming back from a game down to defeat 2018 runner-up Simon Rösner.

Their head-to-head record stood at five wins apiece heading into the match and, while Rösner showed some good touches to take a one-game advantage, he soon tired, allowing Momen to grow into the match as he completed 8-11, 11-8, 11-3, 11-3 victory to reach his first U.S. Open semi-final. 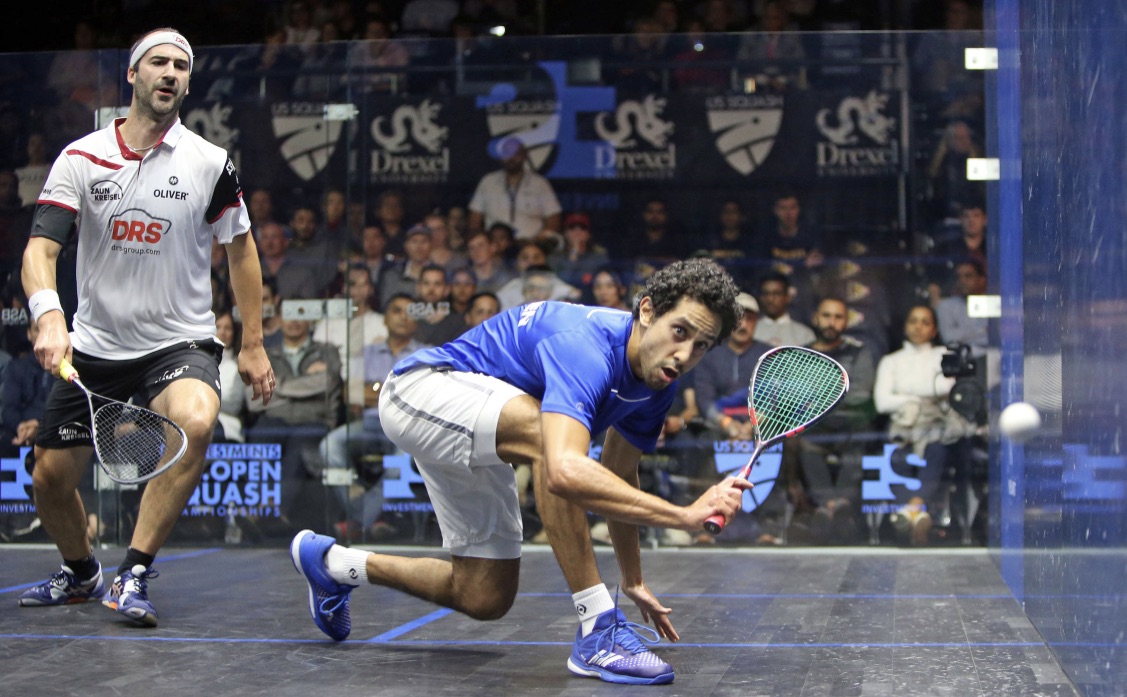 “Getting to my first semi-final here is special,” said Momen. “I’ve always wanted to do well here, but I’ve never reached the semi-final. The closest I came was last year when I was match ball up in the fifth but lost it in the tie-break, so it’s good that I have gone one step further, and hopefully I continue to go further into the tournament.”

The U.S. Open semi-finals will take place at 17:30 today (Friday October 11) with all four top seeds in action in the women’s event, while No.7 seed Diego Elias is the surprise semi-finalist in the men’s after he beat No.4 seed Karim Abdel Gawad in the quarter-finals on Tuesday night.

Live coverage will be shown on SQUASHTV (rest of world), Eurosport Player (Europe only) and the official Facebook page of the PSA World Tour (Indian subcontinent only).