Alan Thatcher March 3, 2020 No Comments on Canary Wharf Countdown: Joe Lee returns to the fray after back injury 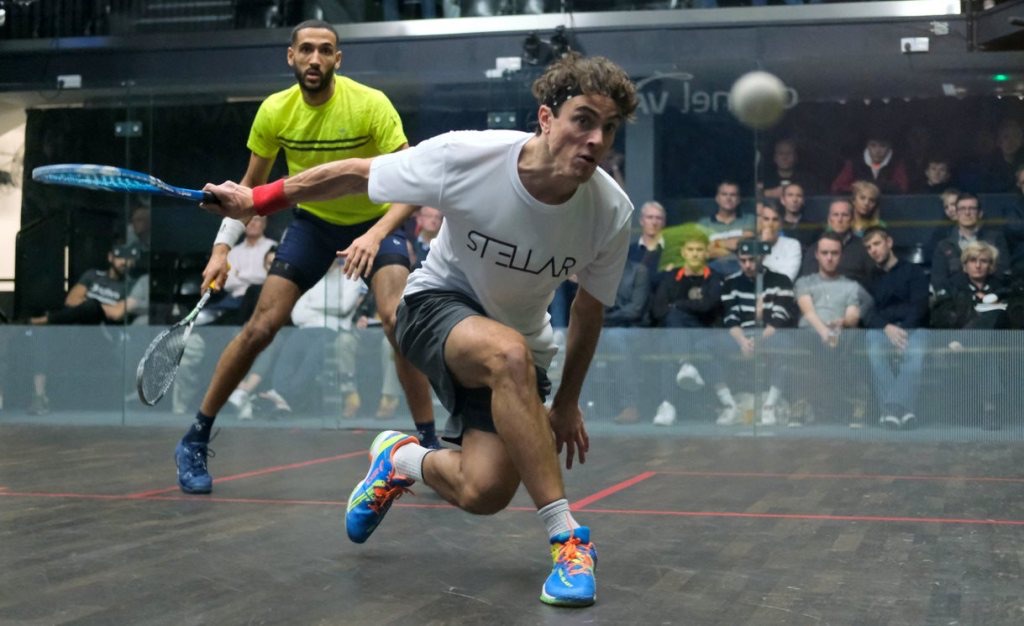 ‘After a year of rehab, I needed two operations on a prolapsed disc’
INTERVIEW by ALAN THATCHER – Squash Mad Editor

Joe Lee is ready to put his body on the line again in full-time professional squash after suffering a serious back injury.

After two operations to cure a prolapsed disc, he is prepared to confront all the physical challenges that a brutal game like squash can offer up.

Having played in smaller PSA tournaments and in PSL matches for St. George’s Hill, we will see him in action when he plays Tom Ford in the Wild Card Challenge at the St. James’s Place Canary Wharf Classic on Friday, March 13. Ford is also attempting a return to the game as he deals with the problems caused by chronic fatigue.

Here, Joe discusses his treatment programme and his feelings about taking an enforced break from the sport he loves.

1: Joe, it’s great to see you back playing again after your long break from the game because of injury. Please tell us about the issues that caused you to step back from the PSA World Tour.

A: I had a prolapsed disc in my lower back, which was irritating my sciatic nerve and causing discomfort both in the back and hip.

2: How long did it take to get an accurate diagnosis?

A: It was around four months between first feeling the symptoms and having an MRI confirmed the prolapsed disc. I was playing some of my best squash at the time, which masked it to some degree. Gradually the discomfort became more severe and began to interrupt my training and I went to see my doctor at the EIS and I was referred for a scan.

3: What sort of treatment did you have to undergo?

A: After a year of rehab with little progress the decision was made to have surgery to tidy up the disc. Unfortunately this took two attempts, but since the second operation I have gone from strength to strength.

4: And how long was the recovery programme? What movements were you able to do, and what you were told not to do?

A: Whilst my doctor, physios and trainers have always been confident I could return to playing, it was unknown how my body would recover and respond to all the different elements of training. We did not adhere to any strict time frame; if you try to get back for a certain date you can lose clarity on how your body is feeling and as my World Ranking had already gone, there was no real reason to rush back.

For the first six months the main focus was on rebuilding strength and trying to encourage good form in basic movements. Gradually the intensity of my training was able to increase and I was able to get back on court. There weren’t many things that were ruled out but it was more a case of trial and error, learning what my body liked and didn’t like as we went along. For example, in the early days bike training was causing me to stiffen up (prolonged sitting isn’t great for lower backs and hips) so I switched to swimming. Now I am robust enough to do either.

5: How did you keep busy during that time? I saw you were doing some coaching around Surrey. How about your love of music?

A: I have been coaching at New Malden Sports Club, I am still doing a day or two a week and would like to stay involved with some of the juniors I am working with as I return to playing professionally. I also had more time to make and discover music, although I didn’t have much cash to fuel my record habit. 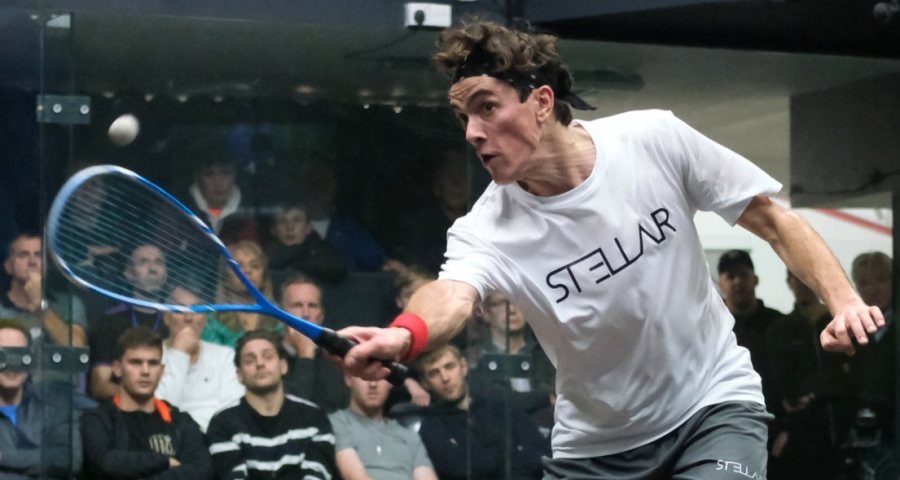 Joe Lee and his brother Charlie are both recovering from injuries

6: Your brother Charlie had some injury problems as well. How is he coming along?

A: He seems to be doing really well. I think we are at quite a similar level at the moment but we haven’t managed to get on court much yet!

7: A lot of players talk about their feelings for the game changing when they are out for a prolonged period. Did that happen to you? If so, please share those thoughts.

A: Through coaching I have witnessed the game at club level and I’ve realised that there is a lot more to squash than the PSA tour. I now have a better perspective of what the game means to people of all levels and how it has a positive impact on their lives.

8: While you were out of action, did you still follow all the news from the PSA World Tour, or did you have spells when you just wanted to switch off from it all?

A: At first it was actually quite refreshing mentally to detach from the Tour. I wouldn’t say I kept up much with it at all during my absence but since I have started to enter tournaments I have definitely become more engaged with what’s going on and it is nice to be able to watch with a fresh perspective.

9: Now that you are back in action, are you having to adapt your approach to training?

A: I have adapted my technique and movement with my coach Danny Massaro. Due to all of the physical work I have done I am much more robust and I feel that I am now hitting and moving in a way that is less stressful on my body.

10: You had a good battle with Declan James on your return in the Channel VAS tournament at St. George’s Hill. What were the positives you took out of that match?

A: It was good to get the feeling of competing back and to prove to myself that I can play at that level again. I came away from it happy enough with the performance but hungry to improve and do more in future.

11: I saw that you competed in Germany and Denmark but there was an 11-0 reverse in the fifth game in Odense. Was that a misprint or a bit of fatigue setting in?

A: It was just a small lapse of concentration and energy, really. Despite the fifth game scoreline, I was probably only a few good minutes of squash away from winning the match in the fourth. There is no substitute for that match experience and I think I’ve probably improved another 10% with that match under my belt. Credit to my opponent Farkas who got into a rhythm and played some classy squash.

Thank you, Joe. Good luck in the Wild Card Challenge.