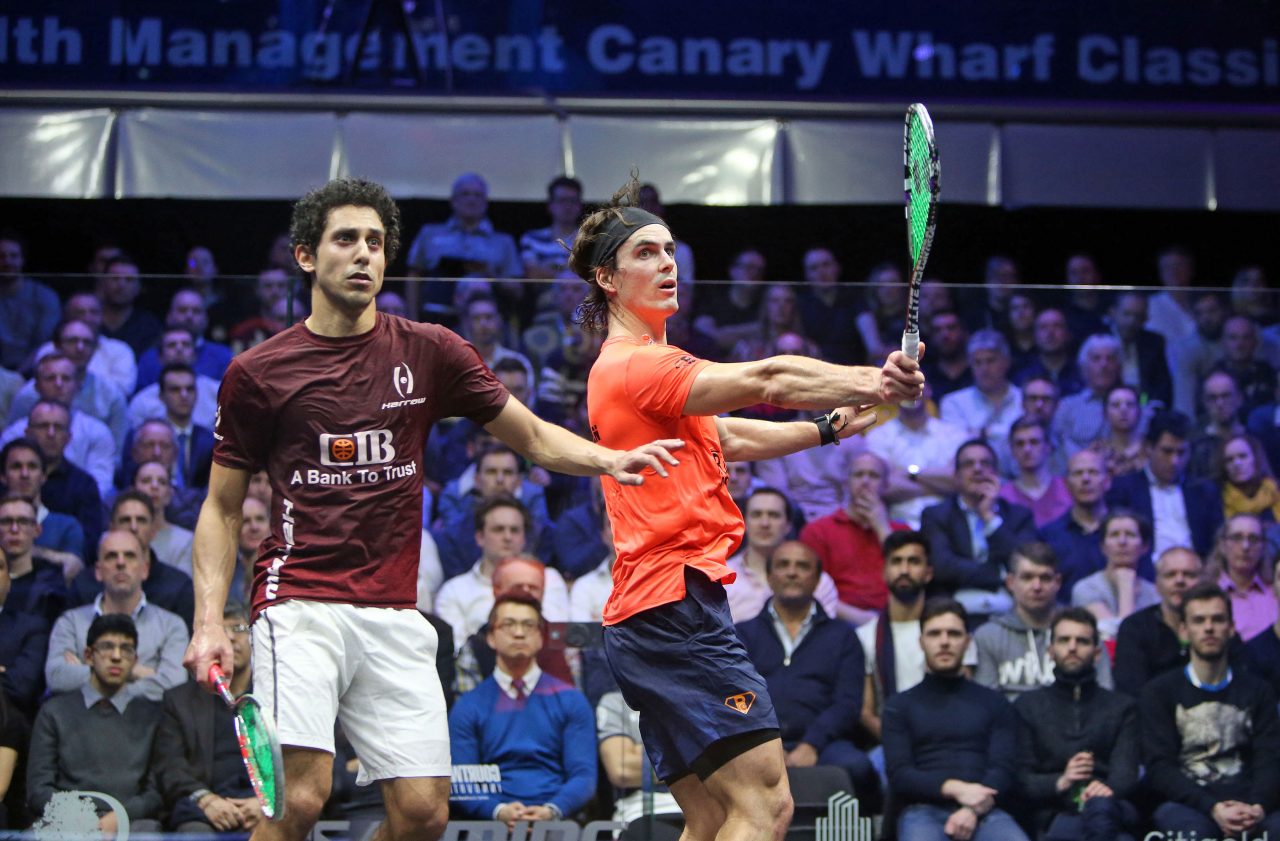 Squash is one of the fastest games on the planet – and squash fans need to be up to speed to grab the hottest tournament tickets in London.

Tickets for the 2020 Canary Wharf Squash Classic go on general sale today (Friday October 4th) and squash fans will be racing for their phones and laptops to make sure they don’t miss out.

The 17th edition of this PSA World Tour Gold event takes place in the heart of Canary Wharf, at the fabulous East Wintergarden venue between March 8-13 next year.

London’s favourite tournament has sold out every ticket, every day for the past eight years and next year’s Classic is on course to be another sell-out.

Tournament Director Tim Garner revealed: “The annual scramble for tickets has already begun. We sold 650 tickets in the first 90 minutes of pre-sales to priority spectators on Wednesday, with partners including members of the PSA Foundation, so demand is obviously as high as ever!”

Paul Coll became the first New Zealander to win the title in March this year, beating Egyptian Tarek Momen in the final, and the world’s leading stars are once again lined up to provide some explosive entertainment in this PSA World Tour Gold event.

Action takes place on the all-glass court inside the spectacular East Wintergarden venue, with play once again beginning on a Sunday (March 8th).

Tickets are available for purchase via Ticketmaster

All of the action will be broadcast live on SQUASHTV (Rest of World),the PSA World Tour Facebook page (excluding Europe), Eurosport Player (Europe only), while action from the semi-finals will be shown by major broadcasters around the world, including BT Sport, beIN Sports, Fox Sports Australia and Astro.