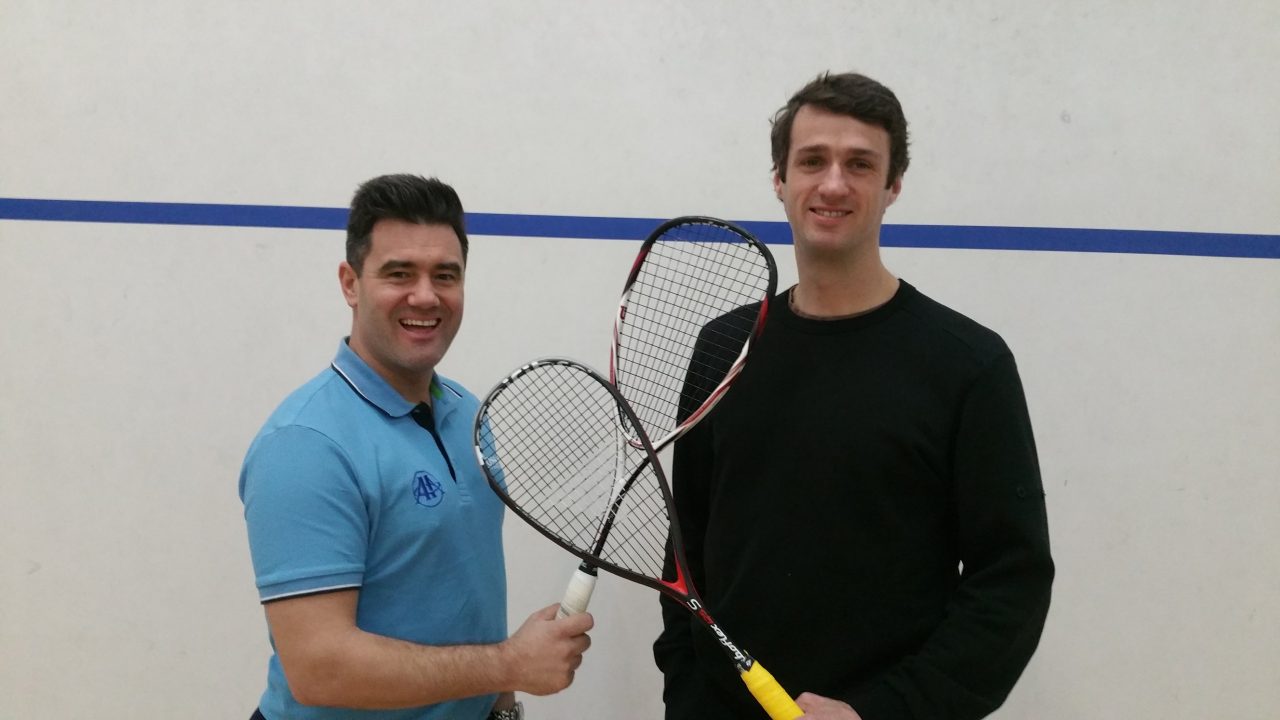 Sponsors with a passion for squash
By ALAN THATCHER

The Canary Wharf Squash Classic is delighted to welcome two new Associate Sponsors, Veblen Wine and financial planning and wealth management company Ashmax Associates, ahead of the 2018 tournament in March.

This new partnership with the Canary Wharf Classic is inspired by leading figures in each company enjoying a massive passion for squash. 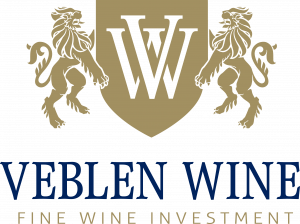 Founder Lazare Morel has developed Veblen Wine into one of the most successful wine investment companies in the world.

Veblen is one of only 450 companies licensed to trade on the London International Vintners Exchange (Liv-Ex). They are specialists in buying, selling and valuing the fine wines of Bordeaux.

Lazare played golf and snooker to a high level but is now firmly committed to squash, both as a player and a sponsor.

He said: “Squash has helped my health and fitness and I have met some great people through playing the game.

“More and more people are looking at wine as an investment, and with an average annual return of 12% over the past 25 years it is a very attractive alternative to the more traditional forms of investment.” 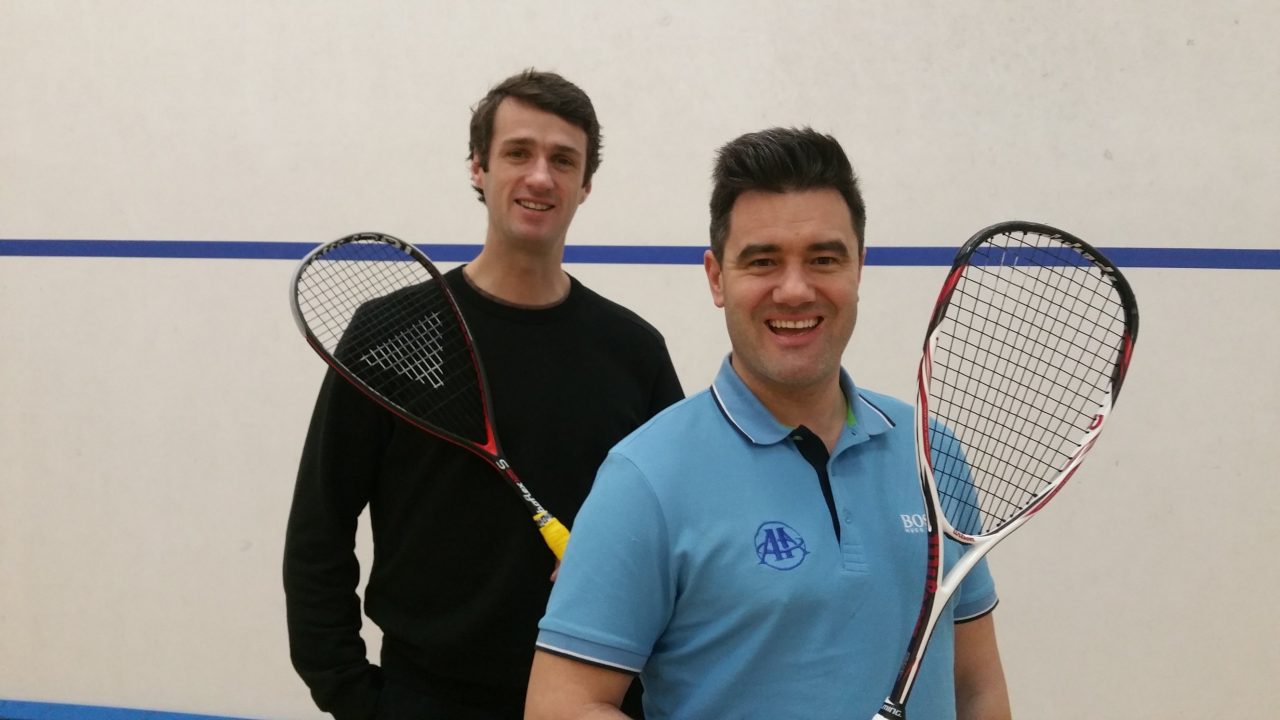 After enjoying a short professional career, he went on to play for 15 years at semi-professional level years with Kent teams Ebbsfleet, Dover, Dartford and Ashford.

He shares a passion for squash as well as business and said: “At Ashmax, we are very keen to talk to anyone connected to squash, including players and companies who might benefit from our simple financial planning presentation and workshops. As an ex-professional, I am passionate about helping athletes to concentrate on their sport knowing they have the financial plans in place to ensure the lifestyle they desire. 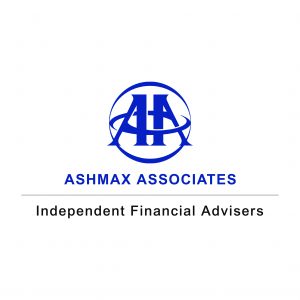 “We currently work with people in sport at various levels including football and rugby and I would love to extend this to squash.

“Since retiring from playing professional football I have started playing competitive squash and am passionate about the game.

“Both Lazare and I are excited about being involved with the Canary Wharf Classic, one of the greatest tournaments in the game, and watching many of the world’s leading players in action at the East Wintergarden.”

Both companies will have a presence at the East Wintergarden throughout the tournament, offering spectators the chance to win a high-quality bottle of wine every day in a simple draw. 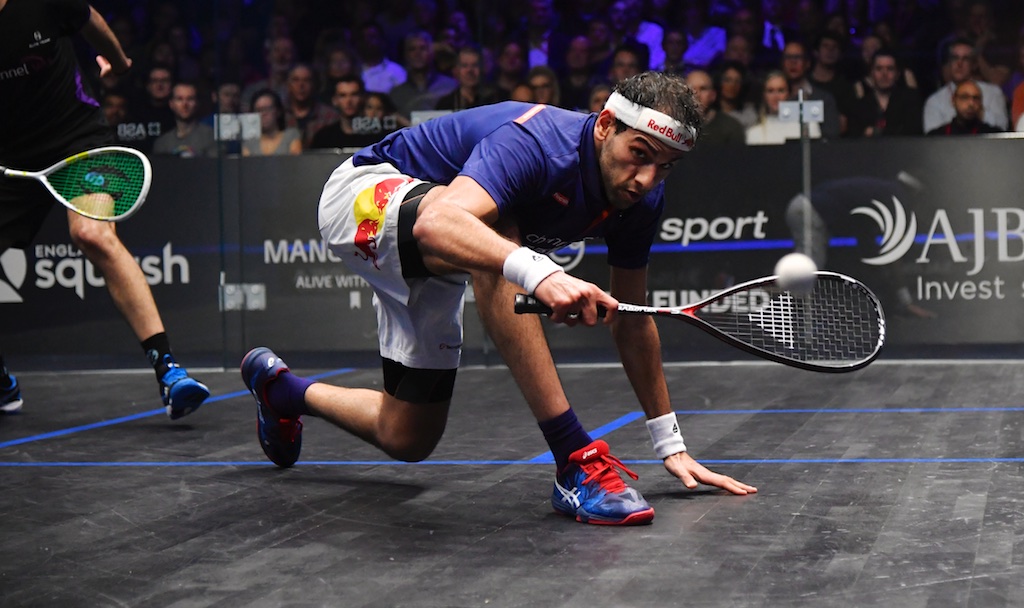 The 2018 Canary Wharf Classic is headed up by world champion Mohamed ElShorbagy, while the likes of World No.3 Ali Farag, three-time World Champion Nick Matthew (a six-time winner at Canary Wharf) and four-time winner James Willstrop will also be in action. ElShorbagy competes in the tournament having returned to the number one position in the world rankings. His brother, Marwan, who he beat in Manchester to win the world title, is seeded three.

This year’s instalment becomes the first ranking PSA World Tour event to be played using a best-of-three games scoring format up until the semi-finals and final, where it will revert to the traditional best-of-five scoring.

Live coverage from the tournament will be shown on SQUASHTV (Rest of World) and Eurosport Player (Europe only), while the semi-finals and final will be shown live on BT Sport, beIN Sports, Fox Sports Australia and Astro and more.

Pictures by ALAN THATCHER and PSA