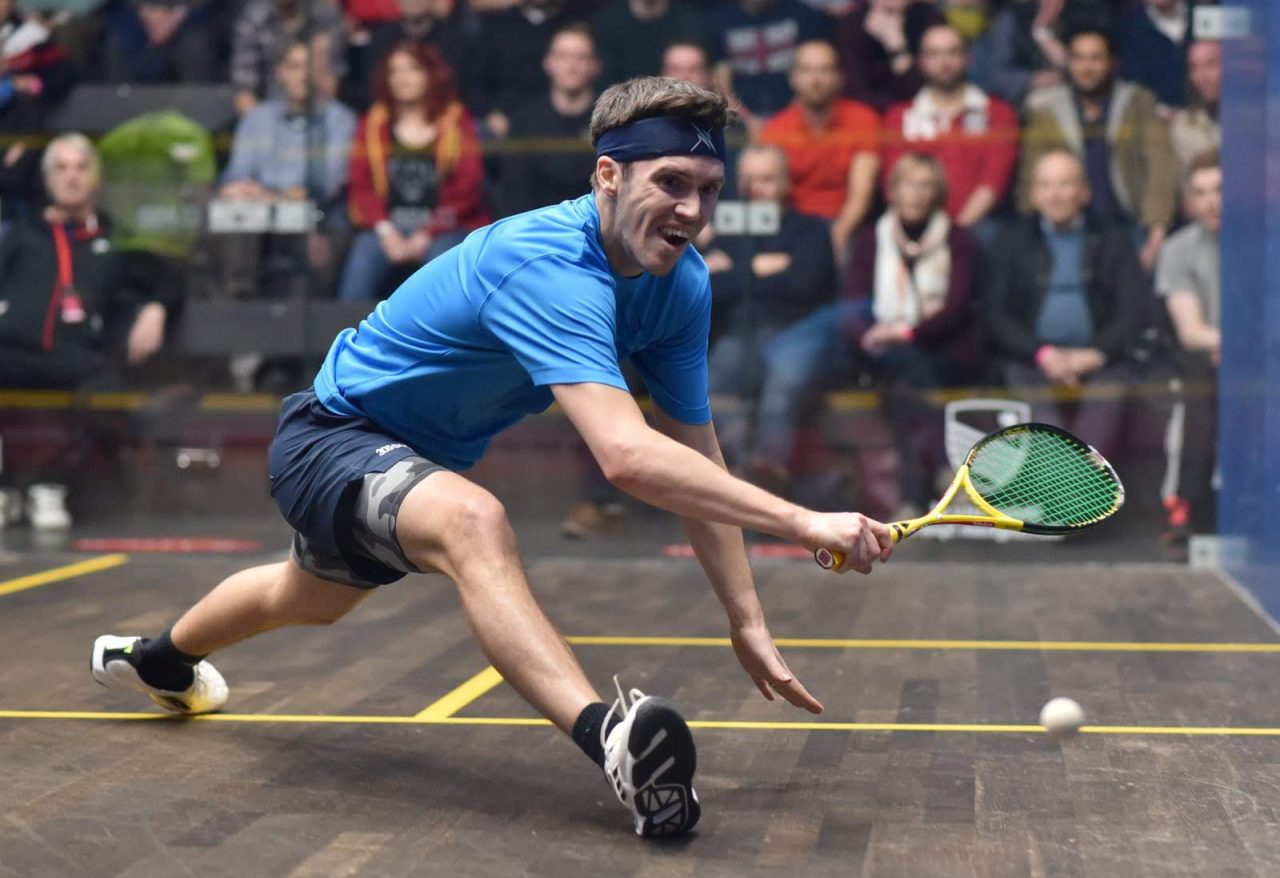 Chris Simpson in action at the British Nationals

England’s Chris Simpson has announced his retirement from professional squash with immediate effect.

Simpson, 32, turned professional in 2005 and captured his first PSA title in 2008. The former world No.20, who hails from Guernsey, represented England multiple times as both a junior and senior.

A four-time British National junior champion and European Under 19 champion, Simpson was part of the England team who claimed World Junior bronze in 2004 and most recently, the 2016 European Team Championship title.

Simpson said: “It’s been an amazing journey, but after over 14 hugely enjoyable years of professional squash I have now played my last tournament. I am excited for the next chapter as I start a Trainee Financial Planner role in January.

“So many people have helped me over the years, unfortunately, I can’t list you all but you know who you are so… THANK YOU.

“A special thanks to my parents for all the sacrifices you made that allowed me to chase my dream, spending so many years taxiing me across the country, weekends in stuffy squash clubs and dealing with my bad moods after losses! Also to my wife, Charlotte, for all your support over the last 10 years.

“Lastly to England Squash, your support has been invaluable throughout my career. Squash will always be a big part of my life, so I will always stay involved in some capacity. I look forward to following my friends on the PSA tour as a fan.”

David Campion, National Coach at England Squash said: “Chris has been an integral part of England Squash for over 20 years. He has represented his country successfully at both junior and senior level, and always given the very best account of himself.

“Chris has many friends in the world of squash, largely due to his great character. He is the utmost professional – one of the good guys, very fair on court and always played with great spirit.

“On behalf of England Squash, we wish him all the very best with his new career and will miss him.”

Let’s have your tributes to Chris.

Readers are invited to share their tributes to Chris below.