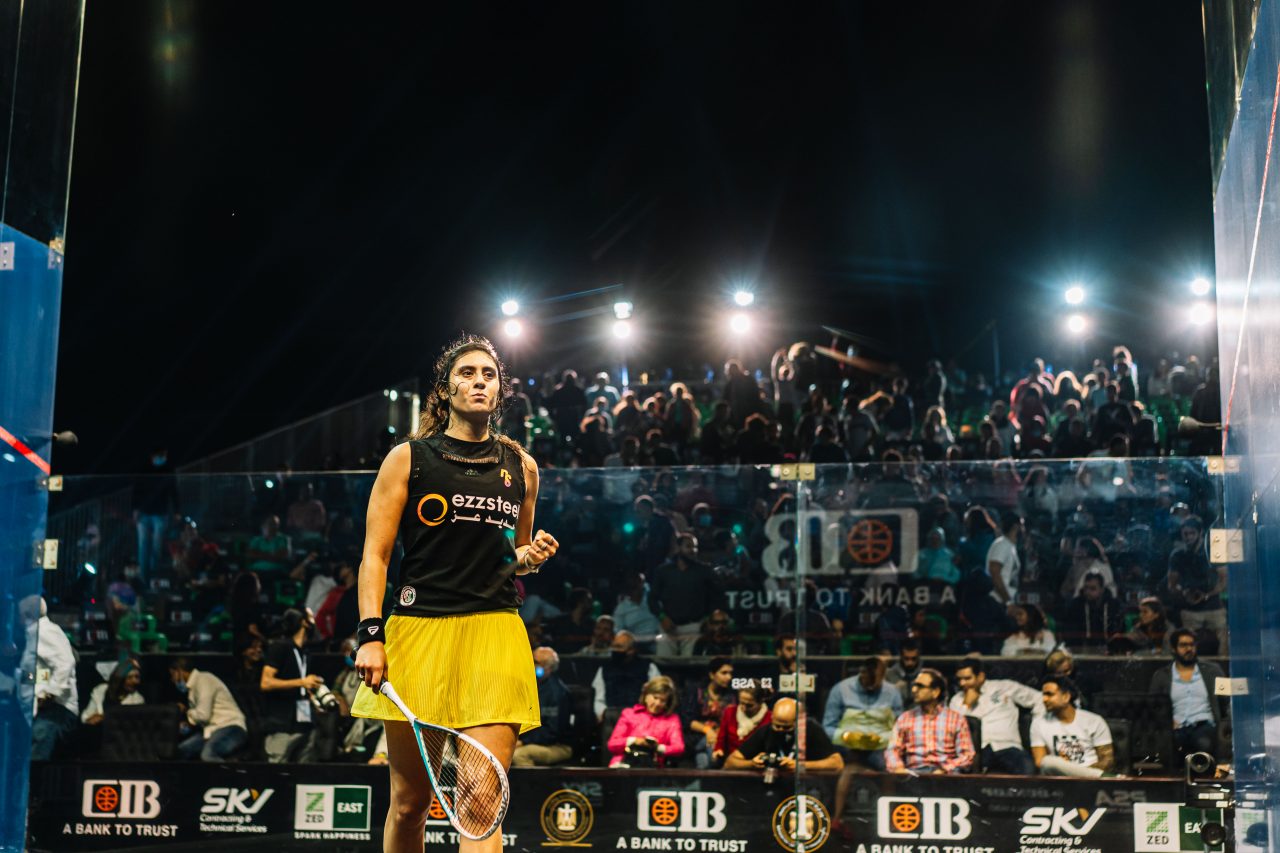 World Champion Nour El Sherbini will line up against World No.1 Nouran Gohar in the final of the women’s CIB Egyptian Open, PSA World Tour Platinum tournament as she looks to continue her stunning run of form in front of the spectacular Great Pyramid of Giza.

The 24-year-old, who captured her fourth World Championship title on this very court 11 months ago, has made it three out of three finals in front of the last remaining Wonder of the Ancient World after beating World No.4 Nour El Tayeb 3-1 to avenge her defeat to her fellow Egyptian two weeks ago at the CIB PSA World Tour Finals.

The World No.2 overcame the now retired Raneem El Welily in front of the Pyramids last year – gaining revenge for her defeat to El Welily at the 2016 Al Ahram Open – and she will now line up against the woman who took over El Welily’s World No.1 spot, Nouran Gohar, in the inaugural women’s final.

“Of course it is very tough, I have been playing with Nour for 10 years now and every time it is tougher than the one before,” El Sherbini said.

“This one was very tough and she tried to come back. We played two weeks ago and I won the first game before she came back strong. I didn’t want this to happen again this time, so I had to be sharp from the start and I am really happy to be through.

“Nouran is very tough also, she has been playing really well this tournament. It was a very tough match for her today but all credit to her. It should be a good one hopefully.” 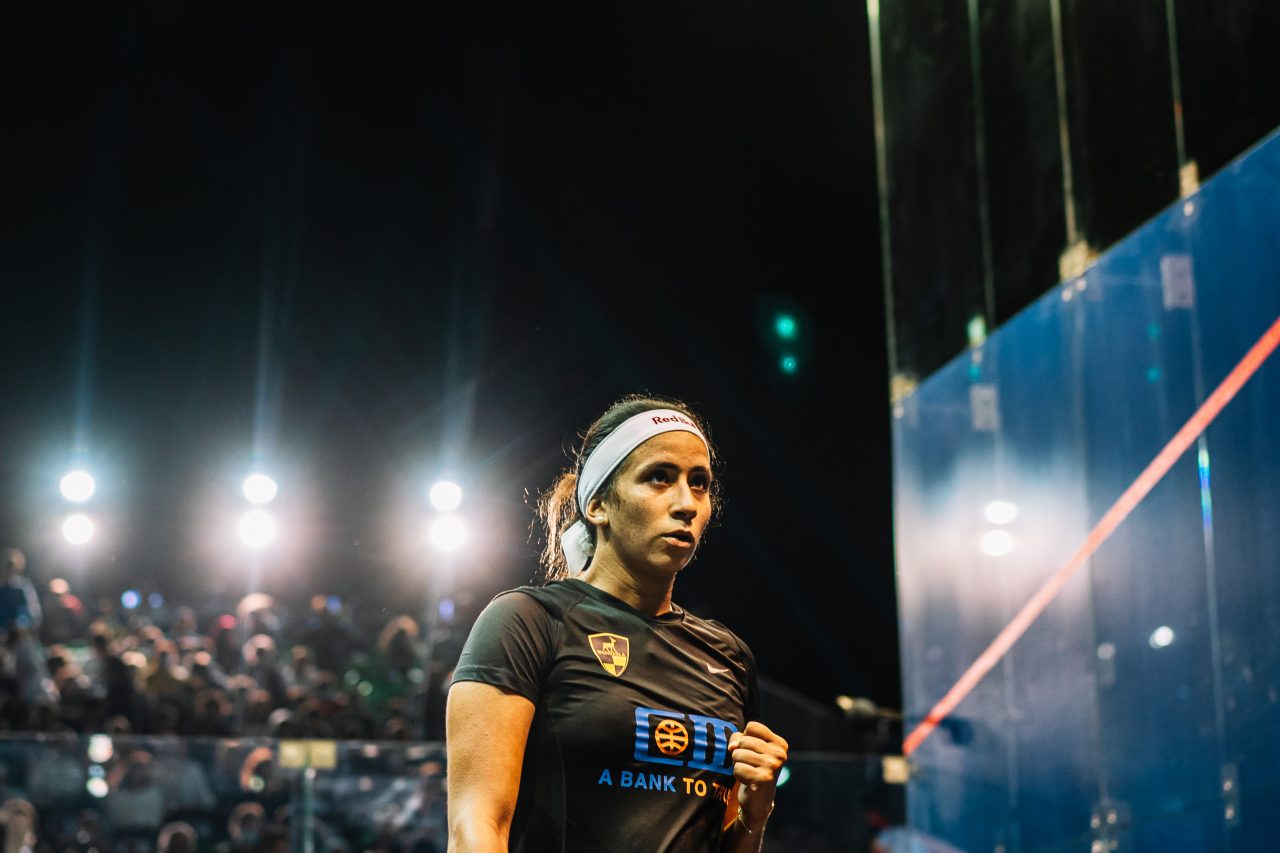 World No. 1 Nouran Gohar overcame injury to see off the challenge of Hania El Hammamy

Gohar is through to her first final in front of the Pyramids – and her first since becoming World No.1 in July – after getting the better of CIB PSA World Tour Finals winner Hania El Hammamy by a 9-11, 11-7, 13-11, 11-4 scoreline in 75 minutes.

Gohar has been struggling with an ankle injury throughout the tournament but, despite picking up an additional hip flexor problem during the third game, her focus and mental resilience was unwavering as she earned her place in a 17th PSA final. Gohar has won three of 13 matches against El Sherbini and lost to her compatriot at the World Tour Finals in Cairo two weeks ago.

“This week has been a little bit different, I’ve been having a different injury every day,” Gohar said.

“Hamdullah, it’s not a severe one, but it doesn’t really help the mind. I’m really proud of myself with how I dealt with it. With the little niggle in my leg, I had to adapt and change and it just went my way this time, but we will have great battles in the future, I’m 100 per cent sure.” 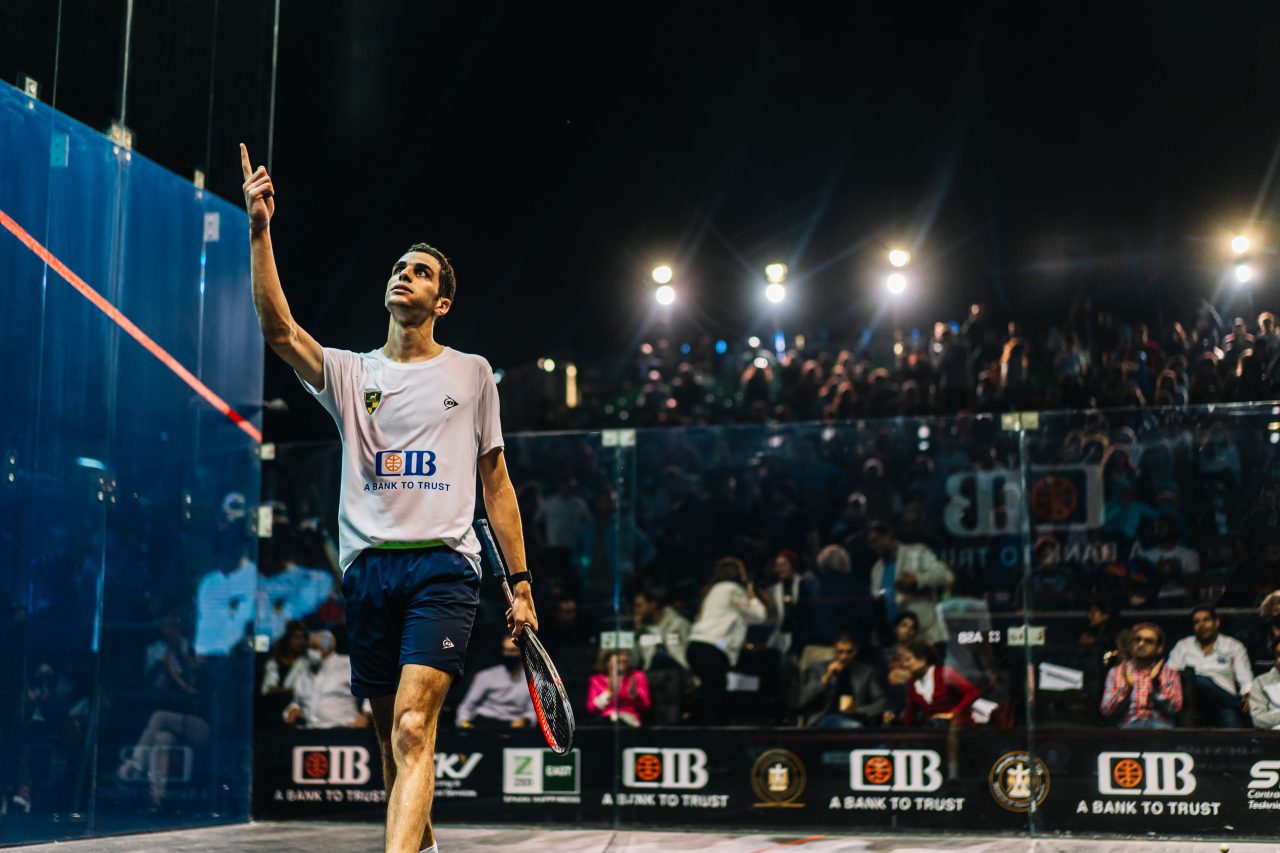 Ali Farag inn imperious form and through to the Final

Asal’s controversial victory over World No.5 Paul Coll in the previous round – and the wild celebrations that followed – had been the talk of the squash world, with footage of his celebration being viewed over 200,000 times on the PSA World Tour’s social media channels.

But the 19-year-old came up against an immovable object in Farag, who played with control and craft to complete an 11-3, 11-7, 12-14, 11-4 victory which will see him compete in the final of this tournament for a second straight year having lost to World No.3 Karim Abdel Gawad in last year’s showpiece event.

“I can’t stress enough how thankful we are to CIB, [Tournament Director] Amr Mansi, i-Events and the PSA,” said Farag afterwards.

“Obviously there are tough protocols they have to go through because of COVID-19 precautions and we’re super grateful to be here. I’m starting to enjoy myself again on court, I’m finding myself again, my character and my game plan.” 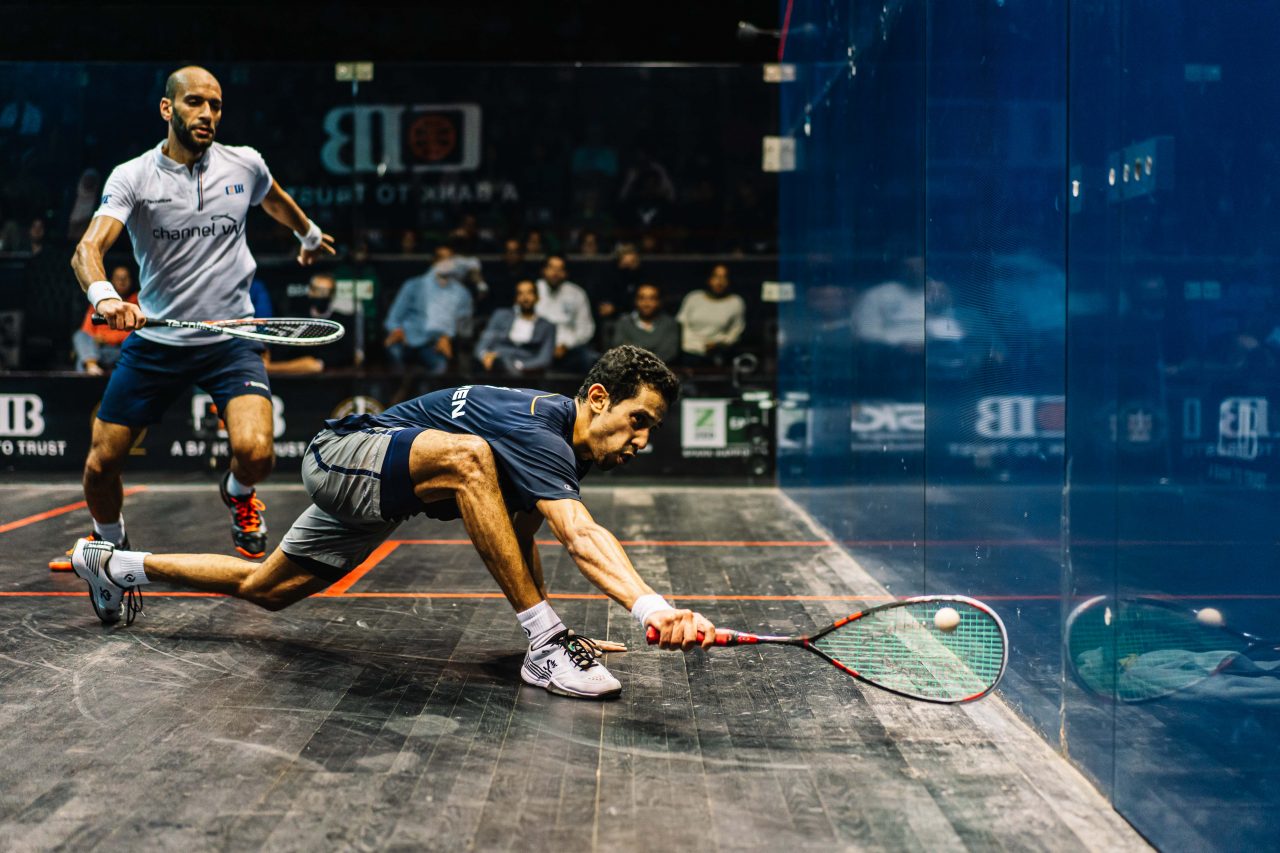 In the final match of the evening, Momen overturned two match balls to make it six wins in a row over the in-form ElShorbagy. The match was a scrappy affair with plenty of discussions with the referee, who awarded a conduct stroke against ElShorbagy for repeated remonstrations.

The 27-year-old looked to be on course to book his spot in the last four but a loss of focus, coupled with a tremendous fightback from Momen, means that it is the World No.4 who will take on Farag in tomorrow’s title decider in what will be his 28th PSA final.

“Marwan is a great guy and I have known him forever and he has always been a good friend,” Momen said.

“I just don’t understand what was happening today. He just seemed to be so irritated from the very beginning, and I am not sure if he had an issue with the ref but he was very angry and this anger just started to transform into aggression on court. I am sure he is just trying to win and he is just trying to play his own game.”

The finals will take place tomorrow (October 17) at the Great Pyramid of Giza from 19:00 (GMT+2) onwards. Action will be shown live on SQUASHTV and multiple mainstream broadcast channels around the world.