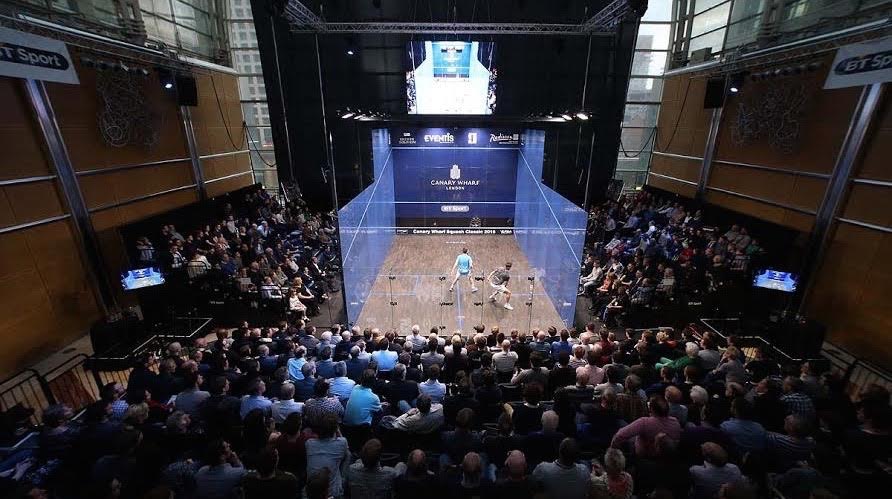 The best-of-three games scoring format will be trialled for a second successive year at the Citigold Wealth Management Canary Wharf Squash Classic in 2019 when the PSA World Tour Gold tournament returns to the superb East Wintergarden venue from March 10-15.

The 2018 edition of London’s favourite tournament became the first ranking PSA Tour event to be played using the best-of-three format and a week of brilliant squash culminated in World No.1 Mohamed ElShorbagy beating World No.4 Tarek Momen in a fabulous all-Egyptian final.

This year’s tournament will see a best-of-three games format used in the first round, second round and quarter-finals, while scoring for the semi-finals and final will revert to the traditional best of five format, similar to last year. In a new-look format, with no qualifying competition taking place, first round action will begin at the East Wintergarden on Sunday March 10.

“We’re excited to once again trial the best-of-three games format in Canary Wharf and are confident that it will contribute to an explosive week of action,” said PSA Chief Operating Officer Lee Beachill.

“Last year’s tournament proved to be one of the most exciting instalments of the Canary Wharf Classic ever, with the early rounds showcasing some incredible drama and high-intensity matches.

“The best of three format gives players more recovery time between matches and this was evidenced by the fact that we had three terrific matches across the semi-finals and final last year, with those fixtures averaging over 75 minutes in length.”

Tournament Director Tim Garner said: “The best-of-three games format fits our tournament perfectly. Not only was the on-court action just as eye-catching and dynamic as ever, the format gave us more flexibility when it came to scheduling the matches, which resulted in capacity crowds for every single fixture.

“The Canary Wharf Classic has been a hotbed of innovation for the sport in recent years and we are pleased to continue along that vein as we trial the best of three format once again.”

As always, tickets for the 2019 Citigold Canary Wharf Classic have been selling fast and a limited number are still available via Ticketmaster