Alan Thatcher June 15, 2019 1 Comment on Clubs that offer squash and padel serve up a double winner

There are more than 60 padel courts in the UK, many of them built during the past year and a half, and that figure is certain to escalate in the coming months.

Padel is best described as a cross between tennis and squash. It is for doubles only, making it a fun and sociable sport to play, uses the tennis scoring system and has very similar balls, and is played on a court with enclosed glass walls much like a squash court. Padel is often stated to be the fastest growing sport in the world. Just like squash used to be.

Using plastic rackets, and featuring an under-arm serve, it is an easy game to learn. Head to YouTube to dig out some crazy rallies as players dive around the court, and even race through the door to head outside the walls to keep the ball in play. Professional events attract huge crowds, and make for great television. This video even reveals that our famous court cleaner at Canary Wharf, Ken Narain, has an international rival!

The leisure industry is a rapidly-changing environment and businesses that fail to adapt to changing times and trends are likely to struggle. The current enthusiasm for padel certainly brings back memories of the rapid growth of squash in the 1970s and 1980s.

Clubs that provide both options (plus racketball, of course) would appear to be on to a winner.

Squash enjoyed the popularity of cult status 40 to 50 years ago as new courts sprung up all over the UK and beyond.

Tennis, cricket and rugby clubs added courts to generate extra revenues and cute entrepreneurs realised the commercial attraction of building facilities that reflected the aspirational lifestyle of those distant times.

Many of those entrepreneurs have since sold up, cashing in on the escalating property value of their premises.

Adding to a dusty backdrop of demolition workers bulldozing clubs to make way for offices and apartment blocks, especially in the city of London, came the anguished cries of squash players seeing their clubs taken over by so-called health and fitness chains.

These companies have adopted an all-out slash and burn attack on squash, converting courts into rooms filled with gym machines, or kicking out squash to make way for cross-training sessions, as David Lloyd Club squash members know only too well.

Many squash players consider gyms to be miserable, soulless places. But, just like padel, the money men love them.

Accountants working for multi-sport clubs with a variety of activities available to members and the wider public are delivering upbeat reports and forecasts as the padel boom accelerates. Clearly, a new breed of entrepreneur likes the look of padel. And squash clubs, if they are smart, should think about investing. One company advertises installation costs for as little as £20,000 per court. 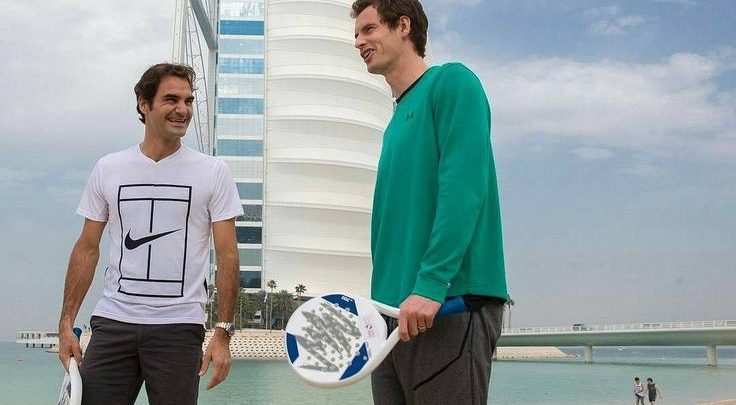 In the same city, Edinburgh Sports Club were way ahead of the curve. They installed their first padel court five years ago, to add to their excellent squash, tennis and gym facilities. And they have recently installed a third.

Club manager Jonathan Tait said: “We built the first padel court in Scotland five years ago now. We are officially the Home of Scottish Padel. And I am the chair of the Scottish Padel Federation.

“Padel was so successful in its first year that we made the decision to build another immediately. We erected a canopy on our first court and that has ensured that for 95 per cent of the year we are playing padel. You can get canopies that will allow 100 per cover but we decided on a more aesthetic look.

“Such is the demand for padel here, we will be putting another canopy on court two and are building a third court. We have upwards of 80 players who are members, and we have a further 100 registered players who are non members who play either in a league, as a corporate activity, or infrequently. We do allow pay and play but only in padel.

“I get an enquiry every other day about padel. Importantly, we have players that gave up sport at the club and are now back playing. We have a Spanish coach and we have 20 or so Spanish members we did not have before, so we are all taking Spanish lessons! Players have become total addicts very quickly.”

You can check out the Edinburgh Sports Club Padel facebook page here: www.facebook.com/padelESC 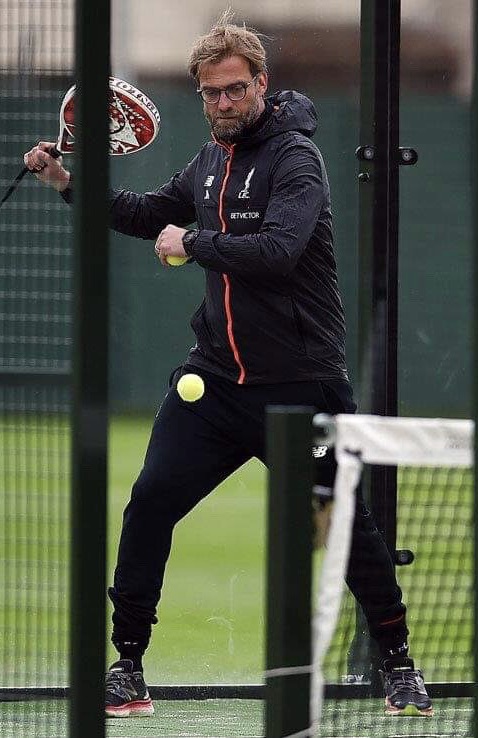 We know Andy Murray loves padel because he was filmed playing squash fan Roger Federer opposite one of Dubai’s leading hotels. And guess how Liverpool manager Jurgen Klopp relaxed ahead of the club’s triumphant flight to Madrid for the Champions League final? Why, playing padel, of course.

The Merseysiders have installed a court at their Melwood training ground, making the club even more attractive to stars from Spain and South America.

The sport of padel started almost by accident in Mexico, when a wealthy businessman built a court in his back yard, and spread throughout South America before crossing the Atlantic to Spain, where there are now six million players.

Sweden has also caught the bug, with around 400 courts, including a new centre launched by former soccer superstar Zlatan Ibrahimovic.

Now, new new centres have grown up at Stratford, east of the city, and at Bishop’s Park in Fulham, which will host a World Padel Tour event in October.

In picturesque Maldon, the Park Drive Club has built three courts next to the promenade and the club is now widely billed as “the” Essex padel centre. Annual membership is a very modest £80 and court fees are £6 an hour per person.

Further up the east coast, the Middlesbrough centre has recently installed two covered courts that are floodlit.

The Padel Court Company, based near Winchester in Hampshire, is run by squash lovers Jon Foster and Chris Herridge, a former WSF technical director for more than 30 years.

Their courts are shipped from Austria, where they are made by Wolfgang Denk’s famous Courtwall company, providers of the glass court used at the Citigold Wealth Management Canary Wharf Classic. Wolfgang now reports that he is producing far more padel courts than squash.

The Padel Court Company team built a court at their rural headquarters in Stockbridge to show potential customers. Word gradually spread and the court has become a popular club in its own right, with 150 members spreading the news about padel by word of mouth!

Squash players in the London area who fancy a peep at padel should head to Canary Wharf for the annual Pop-Up Padel event.

For three weeks, from June 17 to July 4, an outdoor padel court is installed at Montgomery Square offering city workers, locals and tourists the chance to enjoy free taster sessions and get a feel for the sport.

A Corporate League is already up and running for company teams and the event will also feature a two-day World Padel Tour Exhibition, with some of the world’s greatest players showcasing the sport to promote the tournament in Fulham later this year.

The Courtwall website lists some fascinating historical facts about padel. The sport was first played in 1965 in Acapulco, Mexico, when the billionaire Don Enrique Corcuera built a special tennis court matching the available size in his back yard.

The first court in Europe was built at the Hotel Puerto Romano de Puerto Banas in Marbella in 1968. From Spain the Padel sport found its way in 1976 to the famous Ocean Club in Mar del Plata in Argentina. By 1995 there were more than 500 padel clubs in Buenos Aires and today in Argentina an estimated six million enthusiasts play Padel on more than 40,000 courts.

Spain boasts the same level of popularity for padel, with a similar number of  players and an incredible array of 14,000 courts in Madrid alone.

And before you ask, yes, there are specialist travel companies offering package holidays for padel, with Benidorm a popular destination.

Coinciding with Andy Murray’s investment in the padel business, the sport was recently adopted by the Lawn Tennis Association, a move which will inevitably lead to development funds becoming available for the expansion of this fun game. Three courts are going up at the National Tennis Centre in Roehampton.

Like many squash lovers, I am keen that our sport does not miss a trick here. We have already had to deal with the pig-headed nonsense spouted by the anti-racketball brigade. Now, many squash clubs rely on racketball to keep them ticking over.

For squash clubs who are keen to take a look at padel, to give your place a buzz, to encourage new members, and increase your footfall all-year-round, I have compiled a list of useful contacts below. Many more can be found on Google. Other search engines are available.

COMING SOON: Elliot Selby on “Why I love padel.”