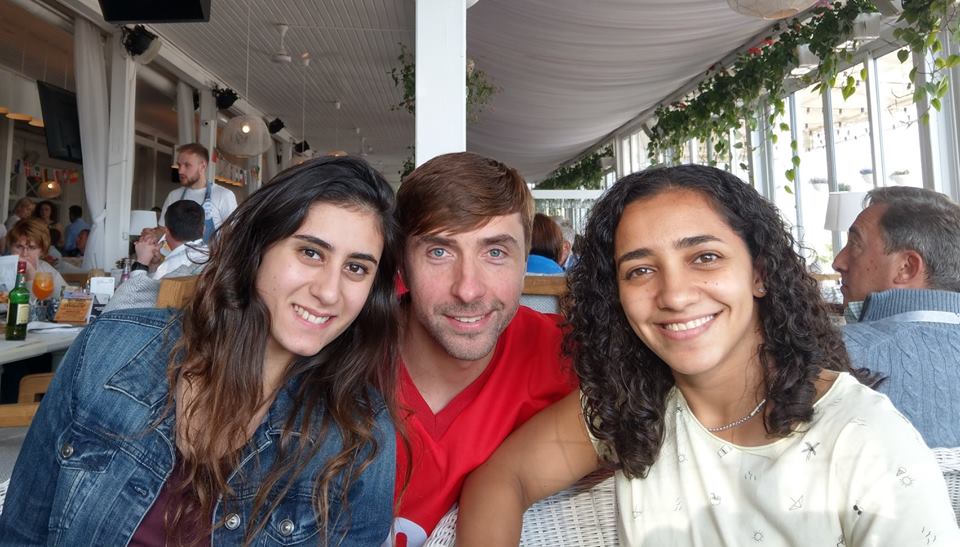 Looking ahead to World Squash Day, I am very keen to see what events take place in Russia.

One of the world’s great political and military superpowers, a group of enthusiasts are determined to make Russia a squash superpower as well.

If hard work and creativity are significant yardsticks to measure a nation’s potential, then Russia seems destined for great things in the world of squash.

The beautiful and historic city of St Petersburg (formerly known as Leningrad) is at the epicentre of Russia’s great squash revolution.

Anton Odintsov, the co-founder and joint owner of the PRO Sports Club, has already staged some impressive events to promote the game.

Established in 2009, PRO Sports Club has six squash courts, making it one of the three biggest squash clubs in Russia/CIS. Other facilities include a multi-purpose hall for team-sports (including basketball, volleyball, mini-football), a fitness bar and squash shop.

Anton said: “The club employs nine squash coaches, seven of whom have been trained by the club and to hold ESF 1-2 levels.

“Every year we stage at least two international squash tournaments, with 200-plus players from many different countries and we are looking forward to a PSA event in November.

“We also host master classes and squash camps with some of the world’s top players and coaches. In 2015 we welcomed Miguel Rodrigez and Zahed Mohamed, Gregory Gaultier came over in 2013 and Hisham Ashour in 2011.

“We have found it very hard to promote squash in a region like Russia, where 98% of the population have never even heard about squash, which was recognised by the Ministry of Sports only in 2010! Explaining what squash is, via standard channels such as text or even video is very difficult. People need to try it. Then they fall in love with it!”

Anton is rightfully proud of some phenomenal marketing activities. He added: “In 2017 we participated in two mass events (attracting more than 70,000 visitors) promoting squash on our mini-court.

“One was the VK Festival. VK is the biggest social network in Russia with a local audience of 54 million users. In comparison, Facebook has only 25 million. They arranged a huge two-day open-air festival in one of the biggest parks in St. Petersburg. It is a combination of a music festival (with three stages featuring top Russian pop stars and international DJs) and various other activities (mostly sports, lectures and crafts).

“There were 100,000 visitors over two days and more than one million event subscribers in the social media network, and wide coverage in the press. Interestingly, (Glastonbury take note) alcohol and smoking is prohibited and strictly controlled.

“At this year’s VK Festival we (with the support of the National Squash Federation) installed a full-size glass court, which attracted a lot attention and visitors to our squash stand.

“We also take part in an annual exhibition called “Choosing Sport” where all kinds of sports federations present themselves to a big audience, mostly children with their parents.

“At both events some 200-300 new people tried squash, and around 40% visited the club afterwards for free group masterclasses, and eventually around 10-20% became club members, which is a very good conversion rate for Russia.”

Anton and Pro Sports have always supported World Squash Day, and we look forward to more fantastic innovation on October 13.

Earlier this summer, he was pleased to welcome several Egyptian squash stars who had flown to Russia to support their football team in the World Cup. With Anton’s energy, maybe one day Russia will be competing alongside the Egyptians in squash. A glass court in front of the Winter Palace in St Petersburg would certainly rival the Pyramids as an iconic location for squash.

COMMENT: Feel free to send messages of support to Anton and his team by posting below.