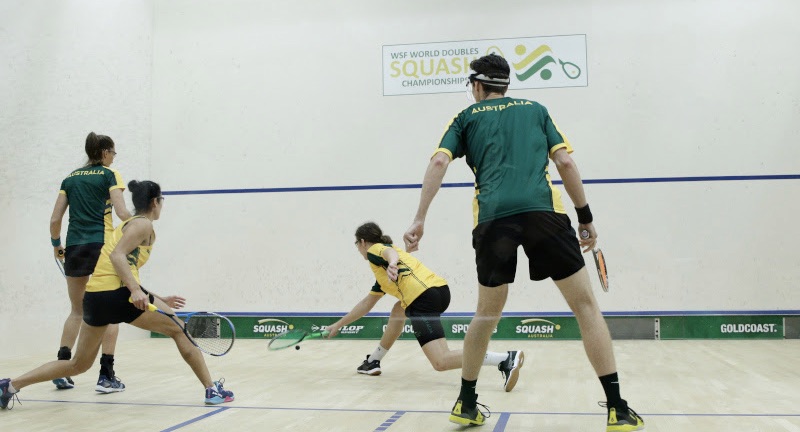 Host nation Australia will head into the knockout stage of the WSF World Doubles Squash Championships at the Carrara Squash Centre as gold medal favourites after the top seeds charged into all semi-finals.

The cousins from Yamba in New South Wales (pictured in action above) defeated fellow Australian’s Christine Nunn and Ethan Eyles 11-4 11-5 to top pool A. Nunn and Eyles, who are teaming for the first time, will also progress to the semi-finals where they’ll face a tough matchup against Colombian pairing Catalina Pelaez and Matias Knudsen.

The second-seeded Colombians have impressed throughout the tournament, finishing undefeated at the top of Pool B. 17-year-old South Australian Alex Haydon will also feature in the semi-finals alongside partner Zac Alexander, with the duo finishing second in the pool (only losing to Colombia).

Pilley is also chasing gold in the men’s draw, where he is again yet to be beaten, this time with partner Ryan Cuskelly. The pair from New South Wales, who are defending champions in the event, defeated Australian siblings Nick and Tom Calvert to lock up top spot in Pool A.

“It was a pretty good match, it was tight early but as experienced campaigners we managed to get our way through and we’re happy to be through to the semis,” Cuskelly said. 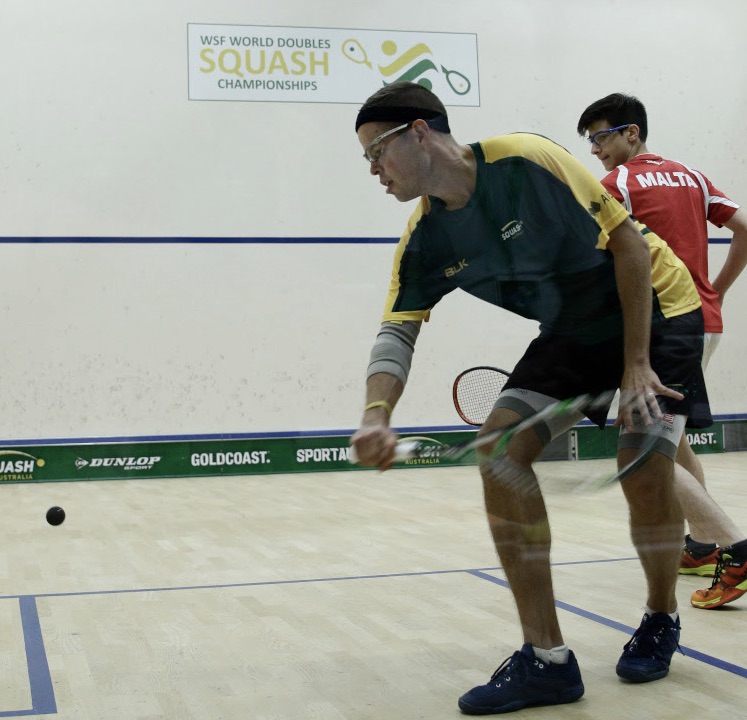 The Calvert brothers faced a morning matchup against South Africa’s Jean-Pierre Brits and Christo Potgieter which effectively decided the other semi-finalist from the pool.

The gritty South Africans prevailed 11-1 11-4 to finish second behind Pilley and Cuskelly. The South African pair have self-funded their trip and have provided some of the most entertaining matches of the tournament so far.

Brits and Potgieter will have to overcome the second seed Australian pairing of Zac Alexander (pictured right) and Rex Hedrick, who also cruised through their pool undefeated. Colombian pair Andrés Herrera and Juan Camilo Vargas will also progress to the semi-finals.

“We are excited to have made the semis and it was great to play against Zac and Rex and I think we played ok,” said Vargas.

“Tomorrow will be a good match against Pilley and Cuskelly and we’ll give it everything.”

In the women’s round robin competition, Australia are on track to claim both gold and silver with Donna Lobban/Christine Nunn (top) and Sarah Cardwell/Jessica Turnbull (second) topping the pool. Colombian sisters Maria and Laura Tovar continue to sit in the bronze medal position and will face the second placed Australians on day four.