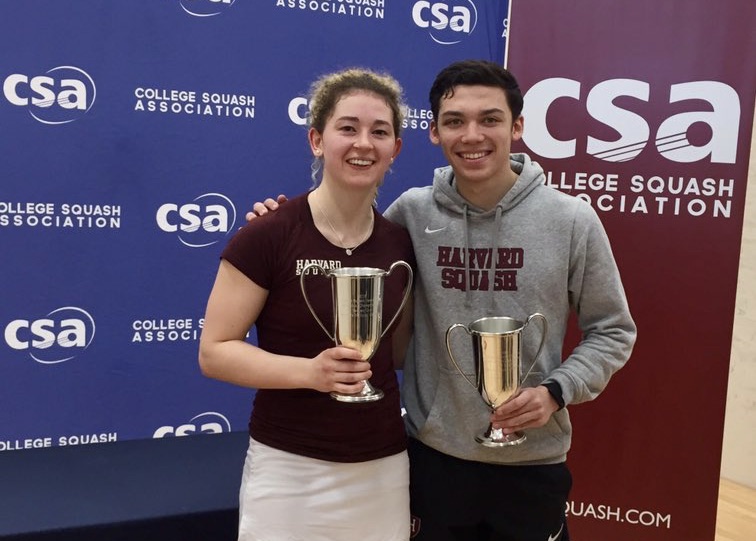 Once again we will see the ferocious intensity of the world’s leading scholastic team competition, just as we did last weekend for the women at Yale.

At Yale, the Harvard women were unstoppable, epitomised by the performance of their third string player Hana Moataz, as she set out the Harvard stall in the first match of the final encounter against Princeton.

Her opponent, Emme Leonard, a stylish and efficient athlete whose flow and control around the court is exemplary, was ultimately powerless to deal with Moataz, a whirlwind combination of a buzz saw and a machete who, from the first rally, simply took no prisoners. 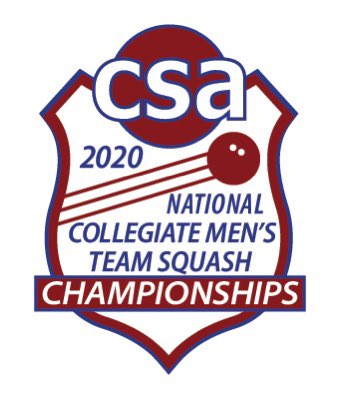 With the talented and world class Gina Kennedy from England and her compatriot Amelia Henley to follow, in similarly destructive mood in the numbers one and two spots respectively, Harvard delivered a knockout blow that Tyson Fury would have been pleased with in his heavyweight boxing match in the wee hours of Sunday morning.

The men’s championships promises more of the same from Harvard, who, led by a truly world class talent who is only improving week by week in the shape of the Frenchman Victor Crouin, must be in confident form.

However, coach Mike Way will certainly be reminding his charges that the National Championships has a way of upsetting the form guide, as emotions bubble and expectations load unexpected burdens on the shoulders of favourites and give the wings of Hermes to fleet footed underdogs who take this opportunity to produce legendary performances.

Not only will we be looking to the top division for tremendous excitement, but throughout the 58 team strong competition, athletes who have given heart and soul for each other, their coaches, their families and their colleges and universities, will pour their final ounces of passion, energy and desperate fight into this, the ultimate college clash of squash titans.

Beyond the players, in the background, some of the greatest former players and coaches the world of squash has ever seen will be plying their trade to help their teams to success and in doing so, hope that they are also providing an attractive storefront for the next generation of talented high-school squash players in order to tempt them into their institutional ranks. 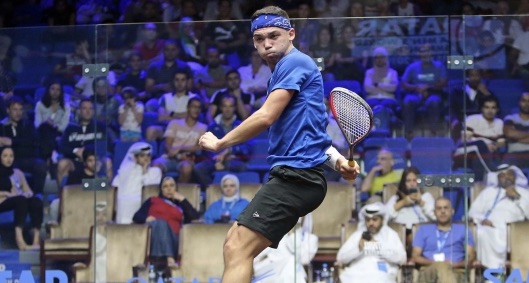 Names such as Thierry Lincou, David Palmer, Martin Heath, Mark Talbott, Hansi Wiens, Gavin Jones, Jacques Swanepoel will compete with the previously mentioned Mike Way and legendary coaches like Dave Talbott and stalwarts like Jamie King from Hamilton College, who has smoothed the path for literally hundreds of talented young people on their life journeys, as they have passed through the doors of Hamilton.

Why do these institutions put so much energy, resources and enthusiasm into our sport and in doing so make the CSA the most powerful driving engine of squash in the USA and the much of the rest of the world?

I asked this question of the bursar of Cornell University some 24 years ago when I started my college coaching career.

It’s simply a matter of math, he told me. In a leading academic institution we try and recruit about 11% of the student body as athletes. Why, you may ask? Well, we know those students will bond cohesively, enjoy an extraordinary experience as a team while they are here and compete to the zenith of their ability for this institution.

But then he told me the exciting piece.

Having had a marvellous life experience at college, these extraordinary and competitive young people go out into the world and continue to compete hard and they invariably succeed in whatever they do.

Having succeeded, often to an extraordinary degree, they usually look back warmly at their college days and want to see both their team and other young people like themselves succeed and bond and grow in their lives.

And so they give.

And they give big.

Typically in a modern American college such as Harvard, that 11 percent of the student body are responsible for 33 per cent of the annual giving. Three to one over non-athletes!

And since the squash demographic is one of, if not the most successful of all graduate student demographics, these colleges know that they can rely on these extraordinary young people.

So this weekend, as you watch epic battles unfold, hearts broken, teams explode with joy and some of the best technical squash you will see anywhere – combined with some pretty rough and ready, highly ‘testosteronized’ behavior, bear in mind that you are watching powerful human beings in whose hands our sport will likely be safely secure for much of the next half century – long after the final point of their college careers is done.