David Palmer not ready to take a back seat

Guest Contributor August 3, 2016 1 Comment on David Palmer not ready to take a back seat 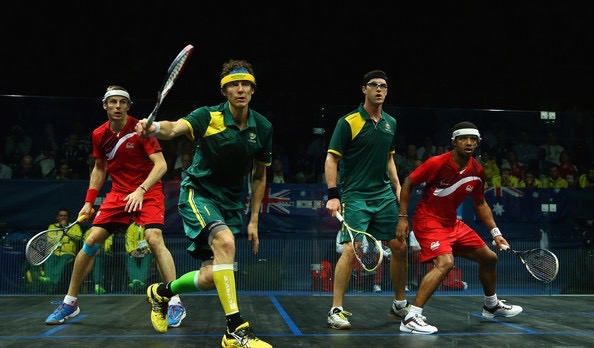 David Palmer and Cam Pilley in action against England in Glasgow

It speaks volumes about the extraordinary abilities of David Palmer that in 2016, just after his 40th birthday, he is still regarded as one of Australia’s finest squash players.

What makes it even more incredible is that he rarely plays competitive squash tournaments any more. He runs a very successful coaching program in the US, turning out the stars of tomorrow.

But don’t think for one moment that he no longer has the passion to play for his country. Quite the contrary.

This latter event brought the curtain down on 11 days of extraordinary success for promoting squash in Glasgow, with full-house crowds every day for both singles and doubles creating a huge wave of optimism for squash’s chances of gaining a deserved place in the Olympic Games.

“Yes I still enjoy playing for Australia, and I have performed well under pressure,” Palmer said this week.

“If I can still be competitive and win medals, it helps Squash Australia program going forward.

“I have been good at preparing in the past so I am ready for the big events and will be the same this time as well.”

Palmer will in many ways be the smoky in Darwin, the player everyone will be wary of and not really knowing what to expect. 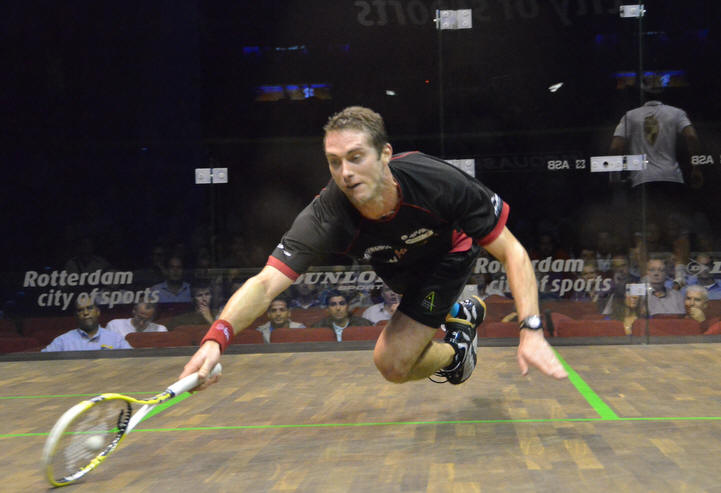 David Palmer will give it his all for Australia

After winning double gold in Glasgow, his pedigree in this form of the game can’t be questioned.

And, he likes playing doubles.

“Since they changed the court size and lowered the tin, I have really enjoyed playing doubles and I think it’s more entertaining now,” he said.

“Changing back from singles to doubles is usually hard. But I am not playing much singles these days, so it’s easier now just to be focusing on the doubles.”

Palmer has had an incredible squash career, reaching the world number one ranking back in 2001 and again in 2006.

He’s won four British Open titles, two World Opens, and an Australian Open. And he has his sights set on more honours yet.

“100 per cent the goal is to make the team for 2018 Gold Coast, so this is the first step for making the team, so I’ll be focusing on performing well,” Palmer said.

Palmer and Hedrick find themselves in the same pool as the Australian top seeds and current world top 20 players, Ryan Cuskelly and Cameron Pilley.

Their encounter will be one of the must-see matches of the World Championships, and could go a long way towards identifying a gold medallist.