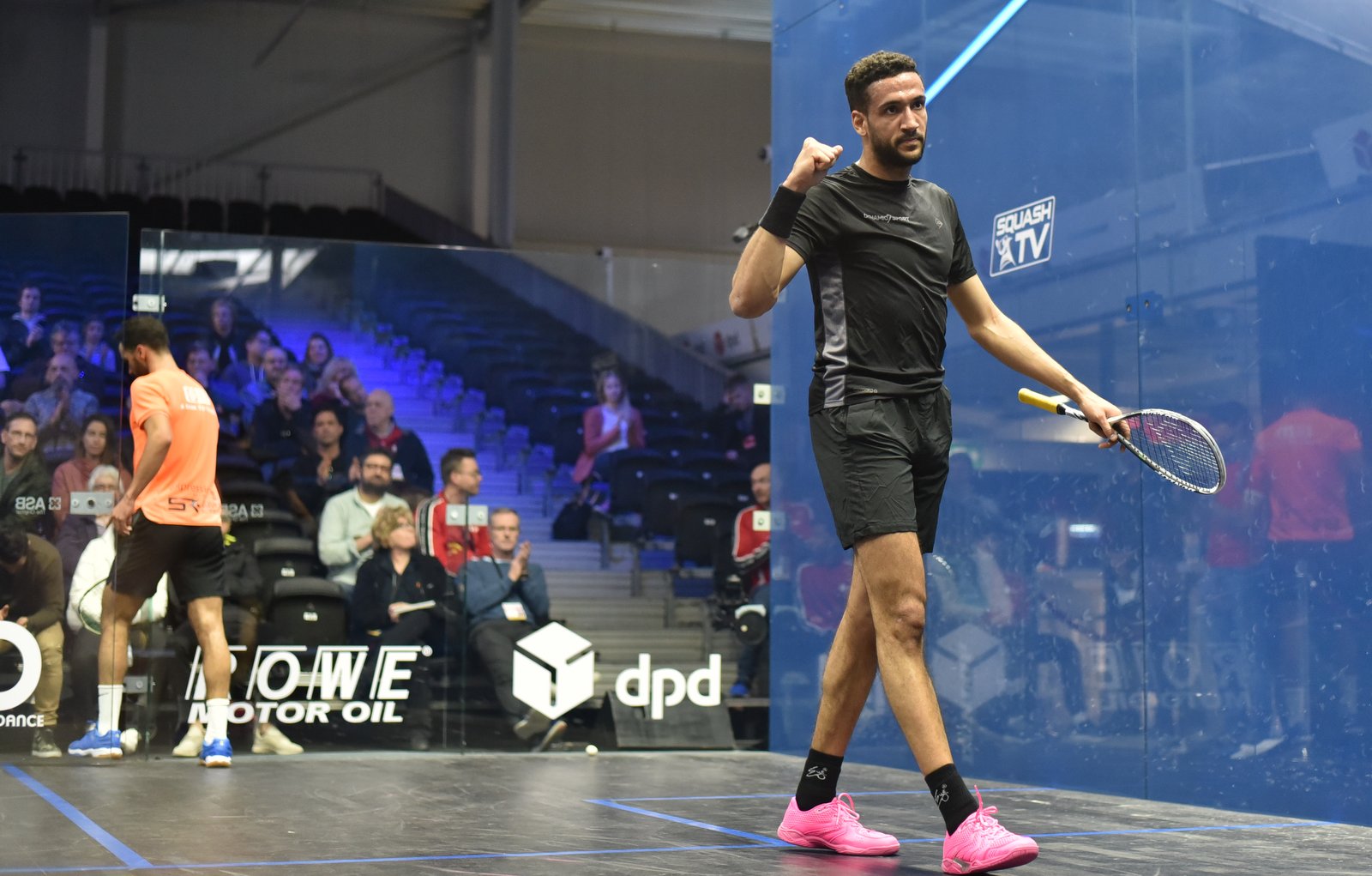 English No.1 triumphs in straight games
By ELLIE MAWSON

England’s World No.17 Declan James delivered a huge upset to reach the quarter-finals of the DPD Open Squash after he knocked out Egypt’s World No.8 Mohamed Abouelghar on day two of the PSA World Tour Gold tournament in Eindhoven.

England’s No.1 produced one of the biggest performances of his career to triumph in straight-games in just his second win over a top ten player after defeating Egypt’s Marwan ElShorbagy last month at the Citigold Wealth Management Canary Wharf Classic.

The two players last faced each other last month at the PSA World Championships in Chicago, where James took the Egyptian all the way to five-games before Abouelghar closed out to reach the second round.

James looked down and out in the opening stages of the first game as Abouelghar peppered the front wall with his artillery of shots to take a 10-5 lead. However, the tall Englishman soon grew into the game, capitalising on any loose shots that came from the racket of the Egyptian to take the first game on the tie-break.

The nerves appeared to continue to set in for Abouelghar as James took the lead in the second game with the Egyptian making a lot of errors to allow the Englishman to capitalise.

The 25-year-old James held numerous game balls in the second, but Abouelghar kept fighting back. However, James was able to get a handle on his nerves and close out on the tie-break to double his advantage.

World No.17 James then continued to keep the momentum fully in his favour as he closed out a 14-12, 12-10, 11-6 victory against just his second opponent in the top ten.

“I knew that I was playing well coming into this event,” said Nottingham-born James. “Me and my coach went back after Grasshopper and worked on a couple of things and it seems to have made a difference quickly which I’m really happy about.

“I knew I was playing well coming into the match, but I didn’t find my range in the first half of the first game. I was too loose on the backhand side and Mohamed is just lethal. Any loose ball then he will just punish you.

“In the second half I found my range and that allowed me to get back into the match. Even though I was down in that initial phase, I wasn’t too worried about the scoreboard I just wanted to find my range.

“I held myself together, a couple of nerves towards the end of the second, but I manged to convert. It’s only my second time beating a top ten player so I’m still learning, but I’m proud of myself and just want to do more this week.

“I’ve learned more about myself in the last couple of years and I’ve tried not to let bad losses get me down or exciting moments getting me too excited.

“You put yourself in a position of 2-0 against someone like Mohamed Abouelghar and I just tried to stay level headed and play good squash and make good decisions. The reason why I’m finding some form this week is that I’m making good decisions and keeping level-headed.

“I think I’m good enough to become a top ten player. I work hard off the court and for me the mental side is the important thing. It’s a battle in my mind really and I think that’s the difference for me and if I can get it right there then that’s the key to becoming a top ten player.”

James will now face Germany’s Simon Rösner for a place in the semi-finals, after he defeated talented Egyptian Mazen Hesham in straight-games.

The German didn’t put a foot wrong in the opening two games as he put Hesham, who defeated France’s Mathieu Castagnet yesterday, to the sword to take an early advantage. The Egyptian came back in the third, but it proved to be in vain as Rösner closed out on the tie-break.

“He is such a unique player,” said the 31-year-old German. “You don’t know what you are going to get so you can’t prepare really. Even though I was 2-0 up, I knew that he could come back at any time, so I just tried to be on my toes, and I think it was good for my confidence today.

“It’s amazing to have a tournament here, just to see all of those packages running around the belts is quite amazing and it’s a cool new venue.” 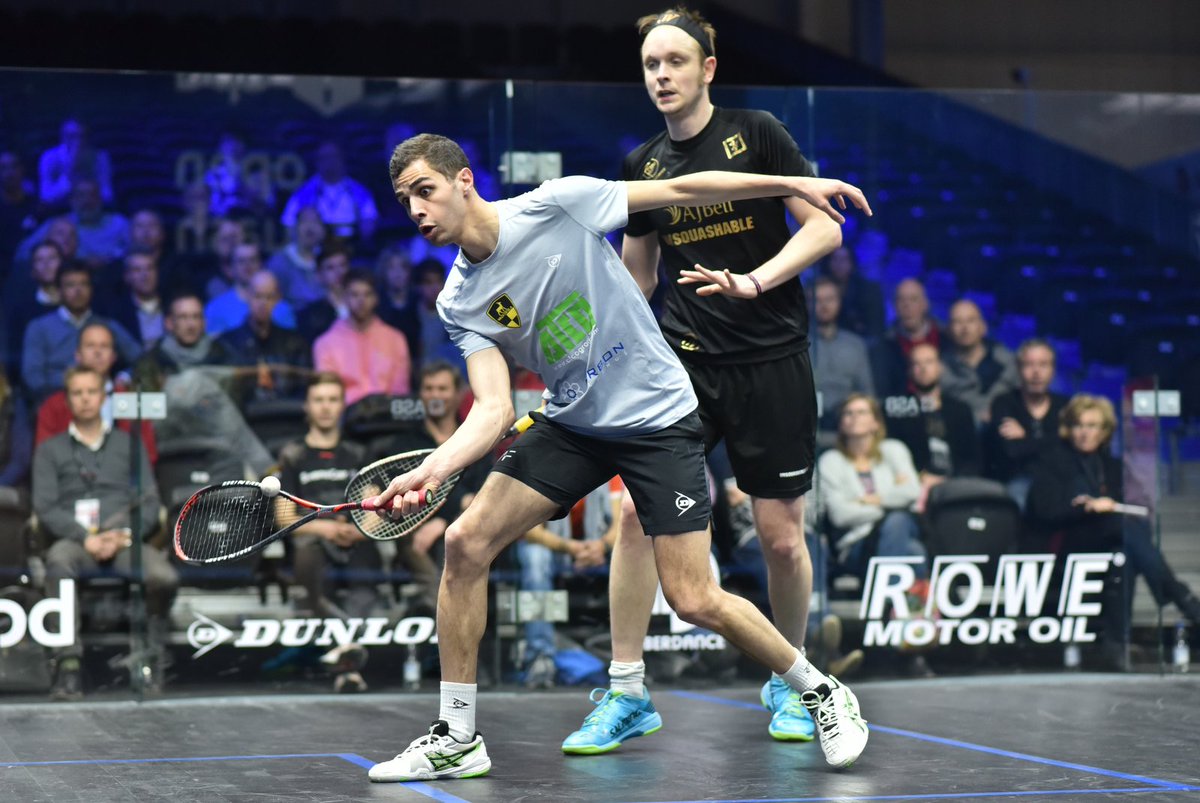 The other quarter-final match up will see World No.1 Ali Farag take on Colombia’s World No.7 Miguel Rodriguez after the Egyptian conquered England’s former World No.1 James Willstrop in straight-games to advance.

“I’m happy I got the win today,” said reigning World Champion Farag. “He came at me in the first and I guess he is more used to the court, but I’m glad I got that one in my favour because the mentality would have been different otherwise.

“It has been an amazing season, but I don’t want to stop here. There are a few tournaments left and I want to do well in them.”

Farag will face Rodriguez in the next round after he overcame skilful Englishman Daryl Selby in four-games.

Selby overturned multiple game balls to take the opener 16-14, before Rodriguez found his best shots over the course of the next three games to take the match, with some exhibition style rallies between the pair impressing the crowd.

“I really liked it and I’m happy with my performance,” said the Colombian afterwards. “In the first game, he played unbelievably well. He was patient, he was getting everything, and I had to come back stronger in the second.

“I tried to stop myself playing in exhibition mode, but that’s Selby’s fault! I think we had a little bit of fun in the second and third, but overall I think it was a good performance.” 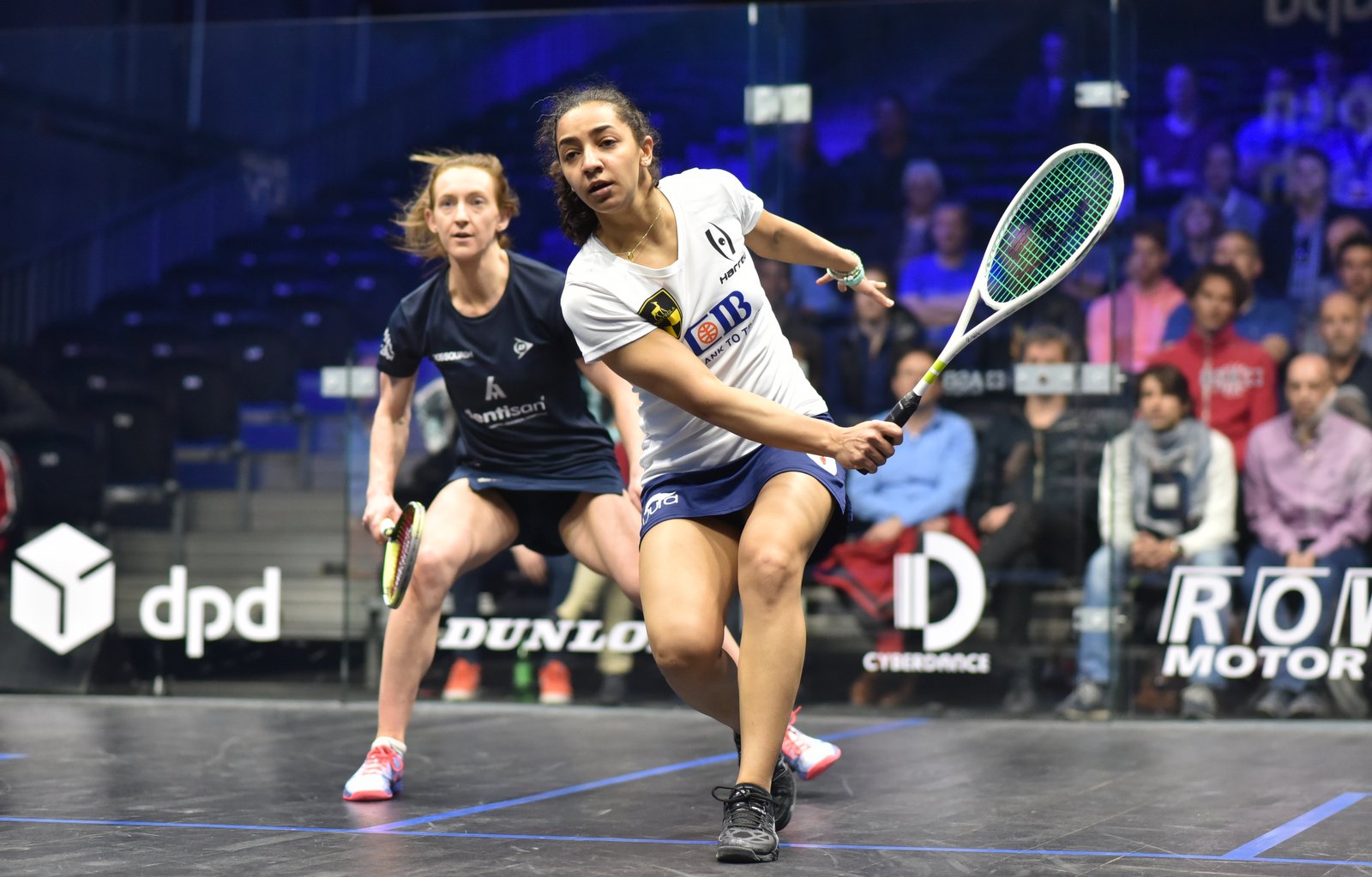 In the women’s draw, World No.1 Raneem El Welily scrapped through to the quarter-finals after a five-game battle with England’s World No.22 Millie Tomlinson.

“She was really attacking,” said the 30-year-old Egyptian after the match. “Everything was going her way and in the nick all the time. It was a very tough match for my first round here but I’m happy to be through and survive the storm.

“I was just trying to manage the conditions. I’m very happy I took the lead in that fifth, she almost came back but I’m happy to finish it in the end.”

El Welily will now face United States No.1 Amanda Sobhy for a place in the semi-finals after she displayed a dominant performance to down England’s former World No.3 Alison Waters in straight-games. 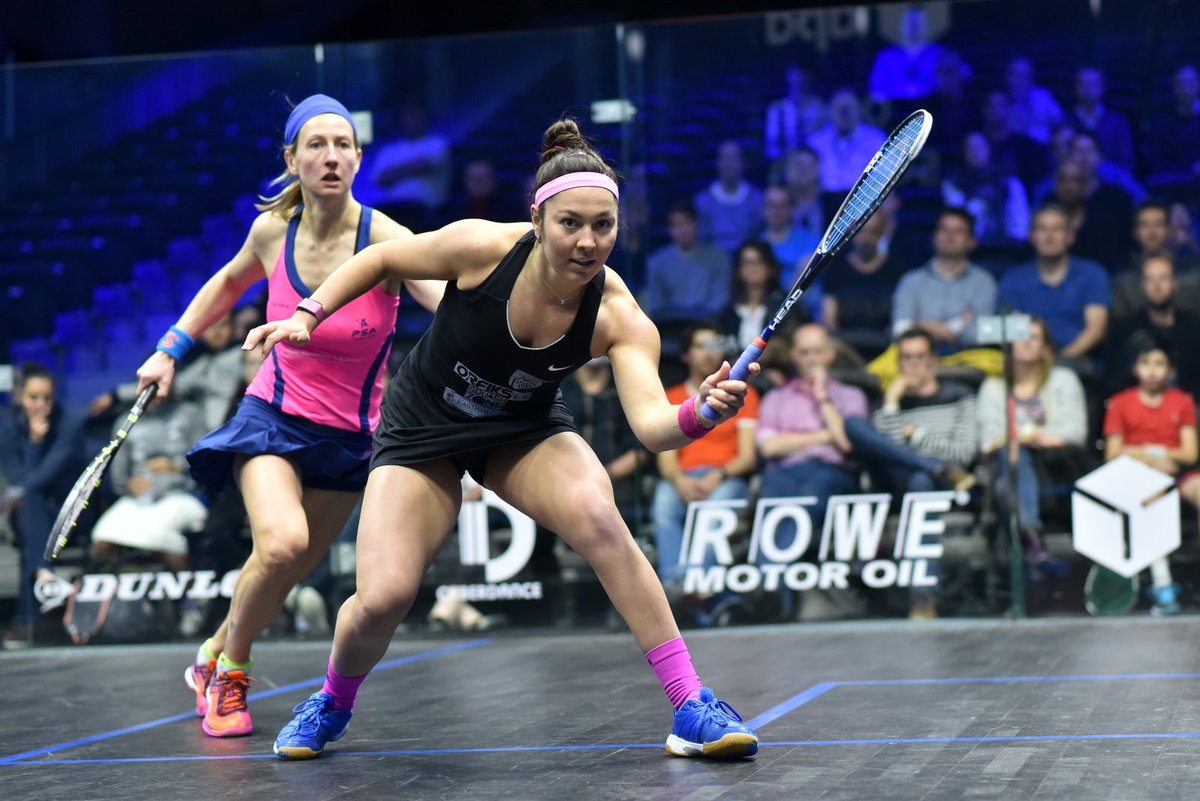 Meanwhile the other quarter-final match in the top half of the draw will see England’s Sarah-Jane Perry battle against Egypt’s World No.3 Nour El Tayeb.

Perry avenged her defeat from a week ago at the Texas Open against former World No.1 Rachael Grinham in Eindhoven as she claimed a 3-1 victory, while El Tayeb was clinical to dispatch Belgium’s Nele Gilis in straight-games in the Dutch city.

“I was very prepared,” said 25-year-old El Tayeb following her win. “I knew that she could run and pick up everything, so I had to be ready for that. Mentally I was prepared for a hard match and I think I played very well and I’m very happy with my performance.

The second round continues on Thursday April 11 at 11:00 local time (UTC+2) and the action will be broadcast live on SQUASHTV (rest of world), Eurosport Player (Europe only) and the official Facebook page of the PSA World Tour (excluding Europe and Japan).