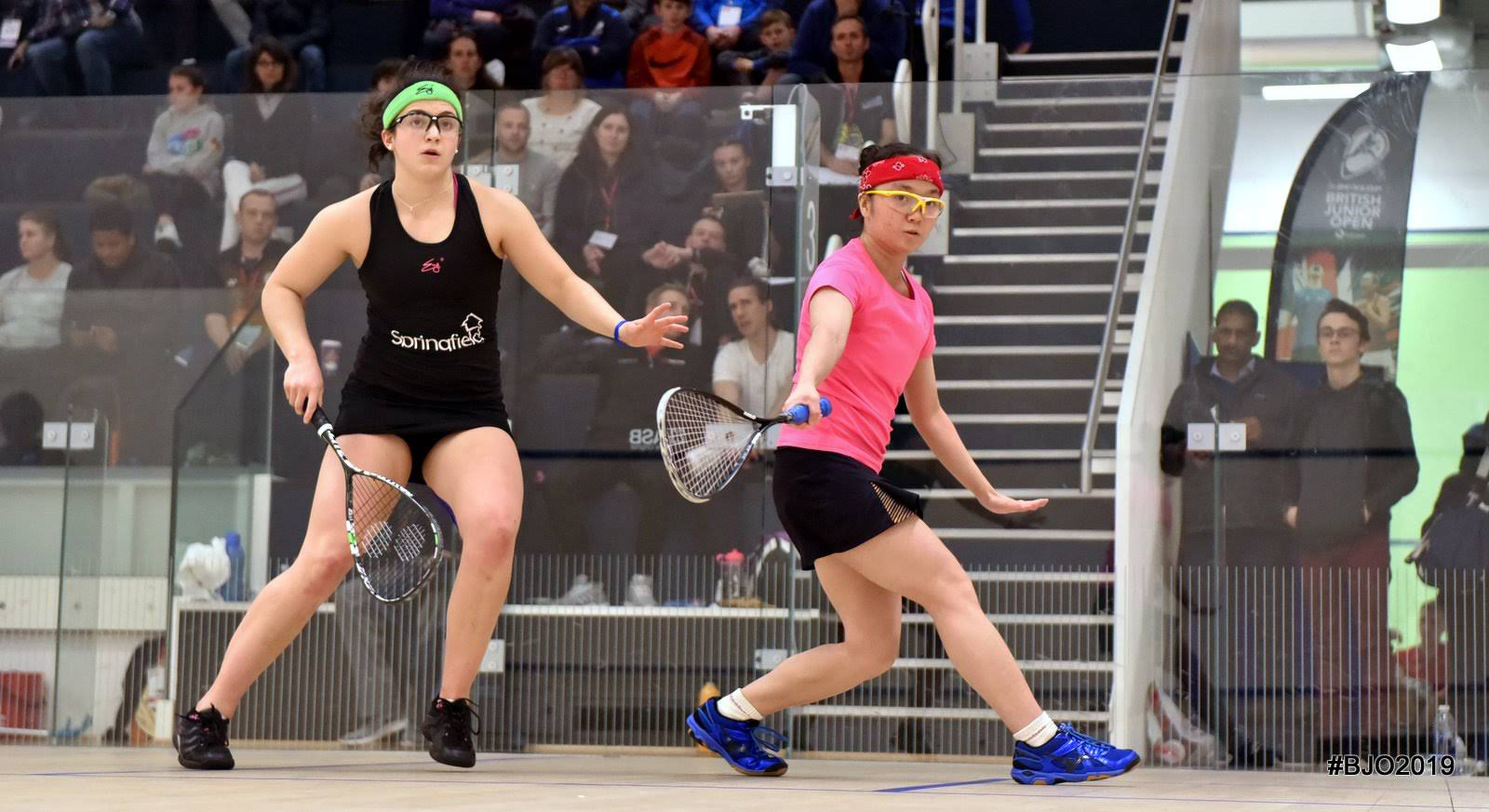 Georgia Adderley driven out by Ooi
By DONNA HELMER in Birmingham

A total of 33 juniors from Egypt and 17 from Malaysia will contest their place in the last four, and will see Egyptian representation across all of the ten age categories.

History was made in the Girls’ Under 19 event as Malaysian Kah Yan Ooi [9/16] defied her seeding by edging [5/8] Georgia Adderley of Scotland and join Aifa Azman and Chan Yiwen as part of the first trio of Malaysians ever to reach the age category’s last eight.

Elsewhere, unseeded Dutchman Rowan Damming, who claimed day one’s major scalp in his defeat of England’s [3/4] Jonah Bryant, could not repeat his Under 15 heroics, going down in straight games to American [33/64] Mukunth Gopalakrishnan: 4-11, 8-11, 1-11.

In contrast to the earlier part of the day, major upsets were lacking as all 18 surviving first and second seeds won in straight games to progress, without undue fuss, to their respective quarter-finals.

Full results can be viewed at www.britishjunioropen.com/draws-results