Egyptian quartet power through in Chicago

Alan Thatcher February 28, 2019 No Comments on Egyptian quartet power through in Chicago 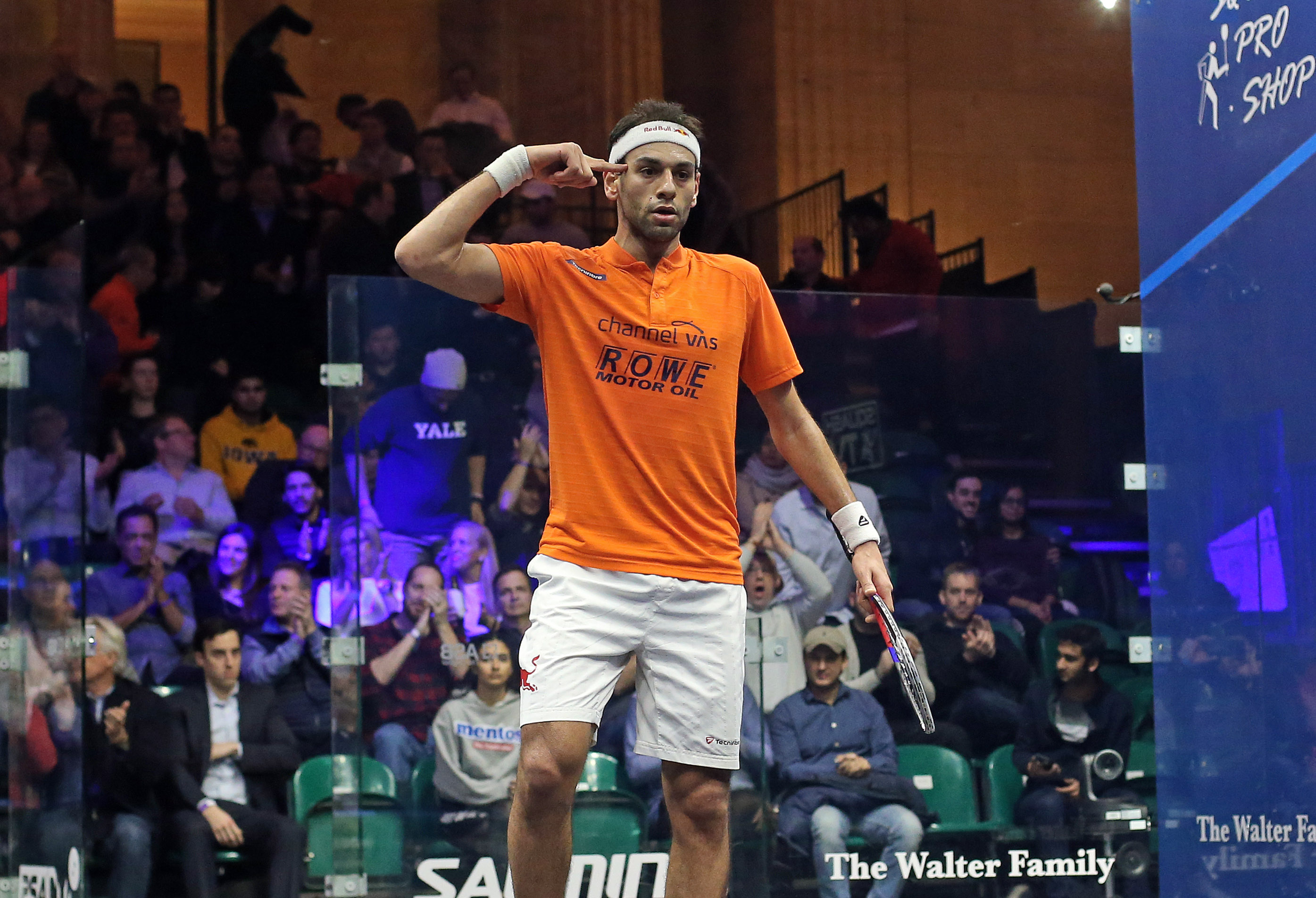 A quartet of Egyptians – containing reigning champions Mohamed ElShorbagy and Raneem El Welily – claimed victories on the opening day of quarter-final action at the 2018-2019 PSA World Championships in Chicago to ensure that there is guaranteed to be an Egyptian finalist in squash’s first $1 million tournament.

ElShorbagy, the current World No.1, booked his place in the last four courtesy of a 3-1 win over Colombian World No.7 Miguel Rodriguez inside the Great Hall of Chicago’s Union Station.

The pair met in the final of the sport’s longest-running tournament – the British Open – last May, with Rodriguez gaining the win on that occasion. The South American took the opening game, but ElShorbagy stayed strong mentally and battled back to take the next three games without reply, winning 5-11, 11-7, 11-6, 11-6 to book his place in the semis.

“I actually think this is one of the best times he has played against me,” ElShorbagy said.

“From the first point I could see his focus, and I knew that I was one for a battle tonight. I could see that if I needed to win a point then he wasn’t going to give it easy to me today. I had to win the point myself and I had to extend the rallies as much as possible.

“It was very tough playing him tonight and every point we played, physically and mentally, I had to get my tactics right after I lost that first game, and I’m really glad I pulled through in the end.

“[Coach David] Palmer and me worked out a plan after that first game, and we needed to look at what was happening and that’s what you had to do. You go on with a game plan and, if it’s not working, then you have to get the next one on and tonight, I had to do that.” 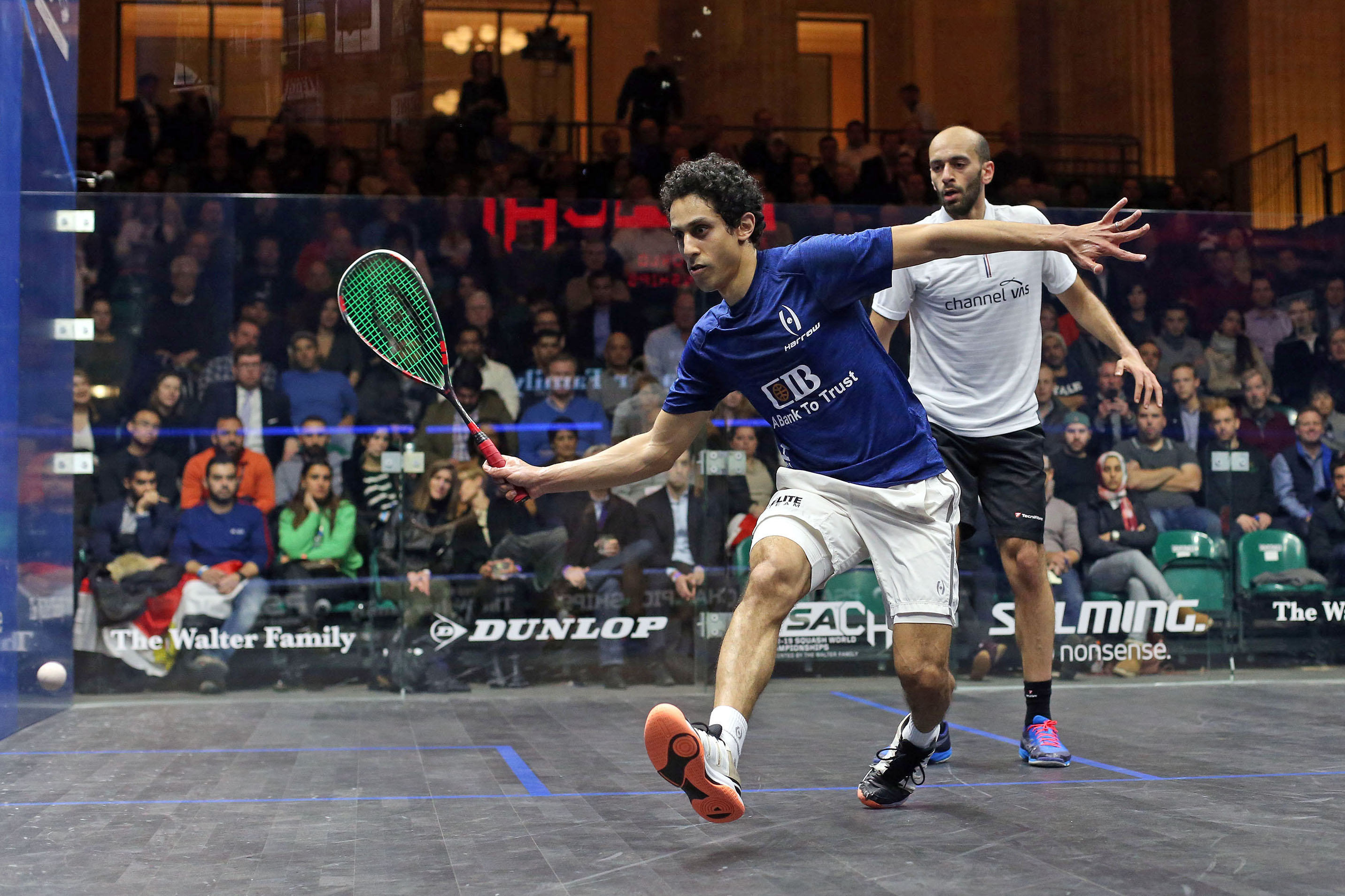 Tarek Momen is on form against Marwan ElShorbagy

Compatriot and World No.3 Tarek Momen awaits ElShorbagy in the semi-finals after he defeated the defending champion’s brother, Marwan, in straight games.

Marwan narrowly lost out to Mohamed in a historic World Championship final in Manchester back in December 2017, but was outplayed by Momen, who displayed some superb attacking touches during an 11-5, 11-4, 11-6 triumph to reach the semi-finals of this tournament for the first time since 2015.

“This result is more than I could ever have dreamed of because I had a very tough five-game match with Abouelghar and to keep my hopes alive in this tournament, I needed an easier match today,” said Momen. 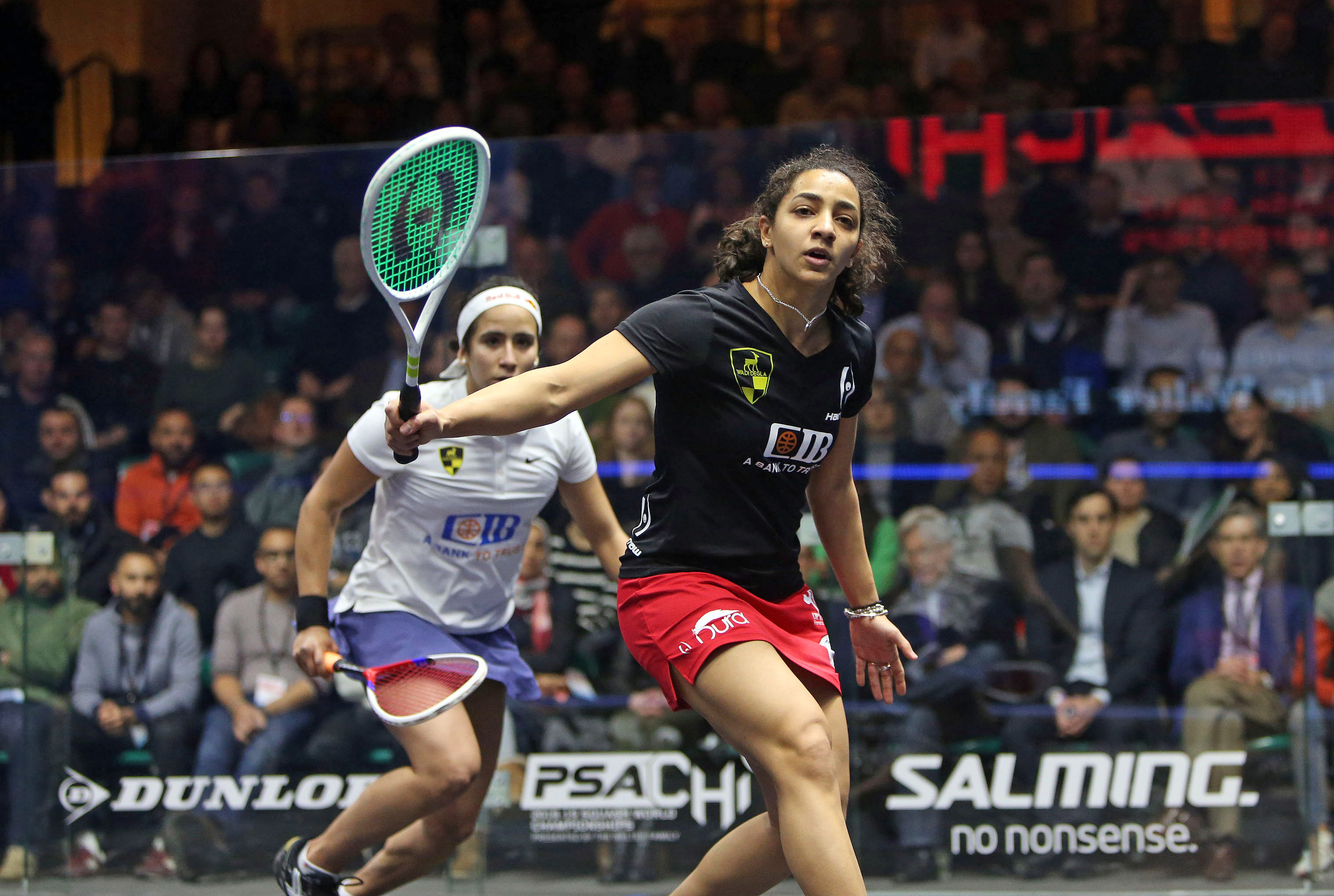 Momen’s wife, World No.1 El Welily, will join her husband in the semi-finals after she saw off the challenge of World No.8 Nouran Gohar.

The 30-year-old El Welily lost out to her younger compatriot in the semi-finals of the Egyptian Nationals earlier this month, but she overcame her opponent by an 11-4, 6-11, 11-4, 11-2 margin, which extends her winning run over Gohar on the PSA Tour to four matches.

“I was a bit nervous to be honest,” said El Welily, a three-time World Championship finalist.

“Nouran and I have played many times this season, with the last being 10 days ago at the Nationals and she beat me, so I was a bit edgy at the start. But I managed to push myself through the pressure to handle the situation that I was put in, and I’m pleased with that.” 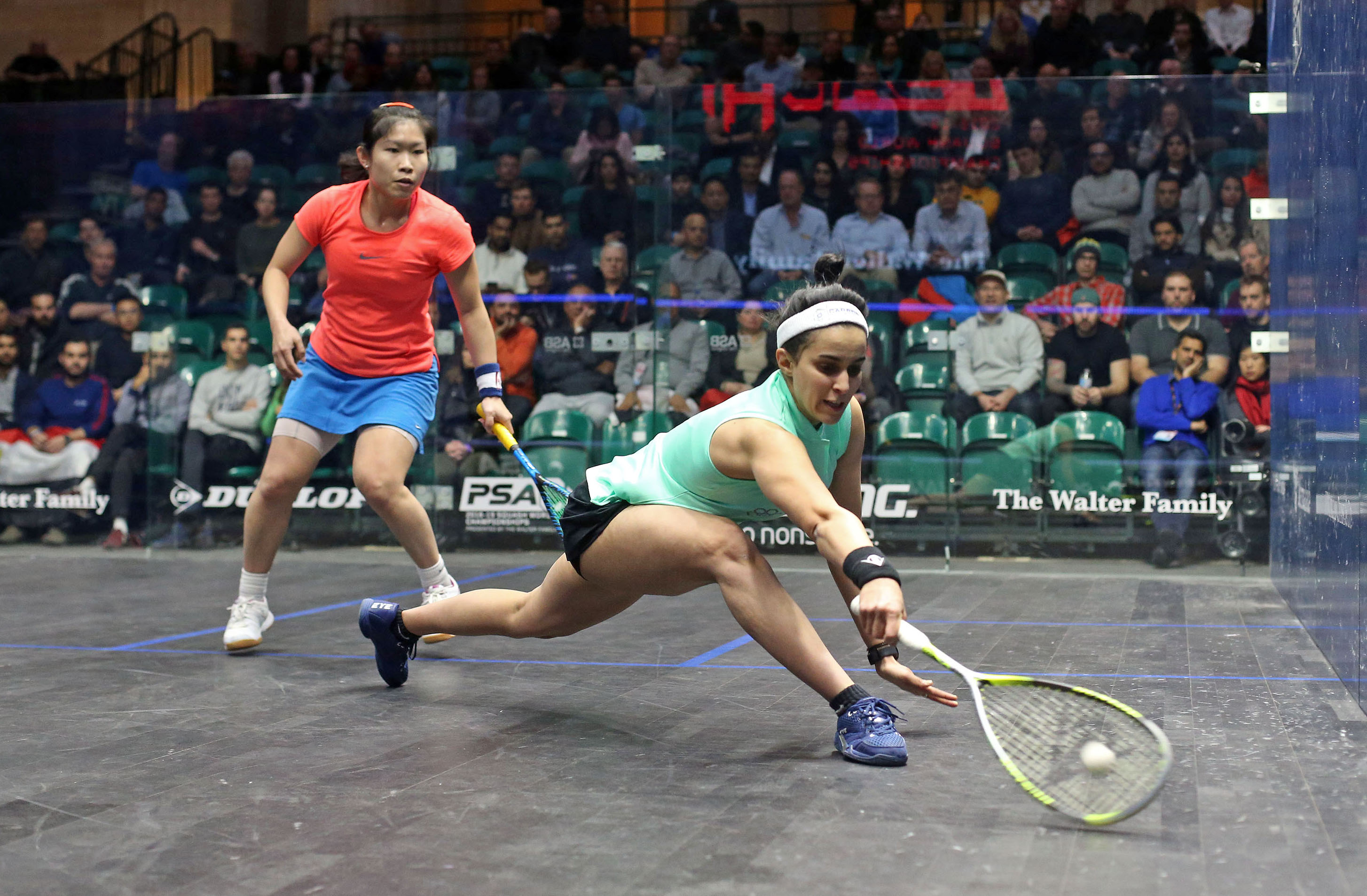 Nour El Tayeb lunges for the ball against Annie Au

Au had beaten former World Champion Laura Massaro in the previous round to become the first player from Hong Kong ever to reach the quarter-finals of the sport’s biggest tournament, but she was unable to get into the match against a ruthless El Tayeb.

El Tayeb’s husband – World No.2 Ali Farag – will contest his quarter-final fixture tomorrow against New Zealand’s World No.6 Paul Coll, and a win for the 26-year-old Harvard-graduate will mean that the World Championship semi-finals will feature two married couples for the first time ever.

“For me, anyone who beats Laura, I worry,” said the 25-year-old Egyptian.

“Last time I played Laura was a few months ago and I lost in three, so anyone who beats Laura scares me, but I was ready for it. I tried to take away all the time for her because she hits so many lobs. I hope I can become more relaxed now that I have made it to my second semi-final in a row, and I’m excited for whoever I play next.”

Quarter-final action continues on Thursday February 28, with play starting at 17:00 (GMT-6). All matches will be broadcast live on SQUASHTV (Rest of World), Eurosport Player (Europe only) and the official PSA World Tour Facebook page (excluding Europe and Japan).