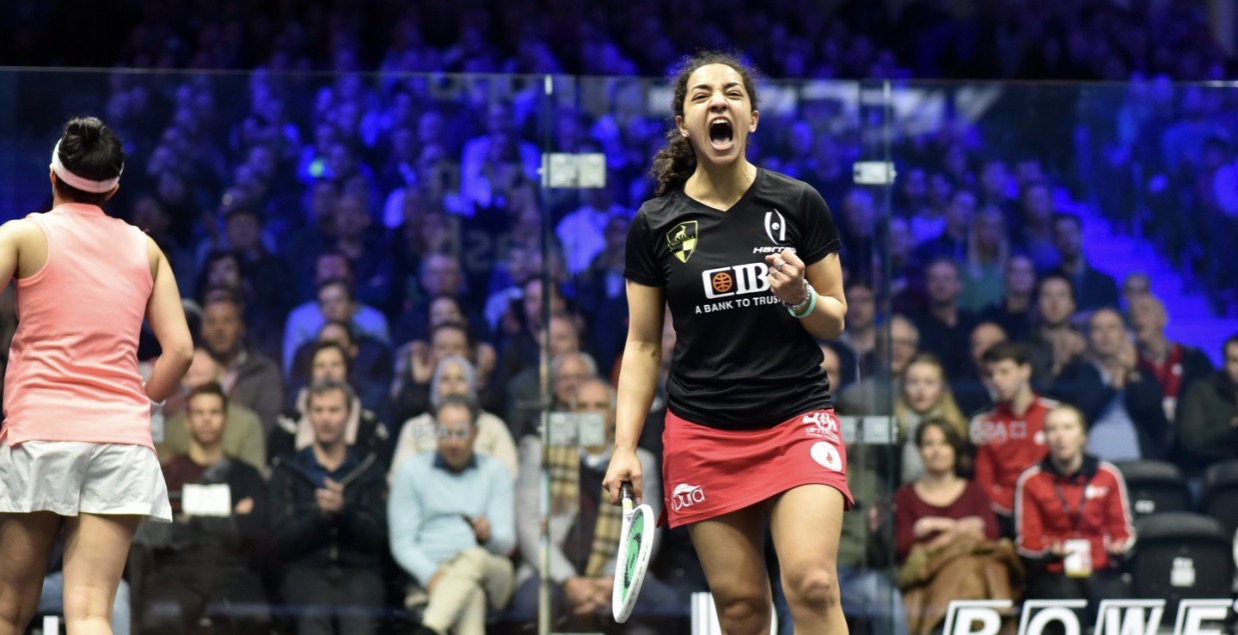 An Egyptian quartet will feature in the finals of the DPD Open Squash as the world’s top four players – Raneem El Welily, Nour El Sherbini, Ali Farag and Mohamed ElShorbagy – get set to do battle for the PSA Gold titles in Eindhoven, Netherlands.

World No.1 Raneem El Welily and World No.2 Nour El Sherbini will go head-to-head in the women’s final after they were both pushed all the way to five games by compatriot Nour El Tayeb and France’s Camille Serme, respectively. 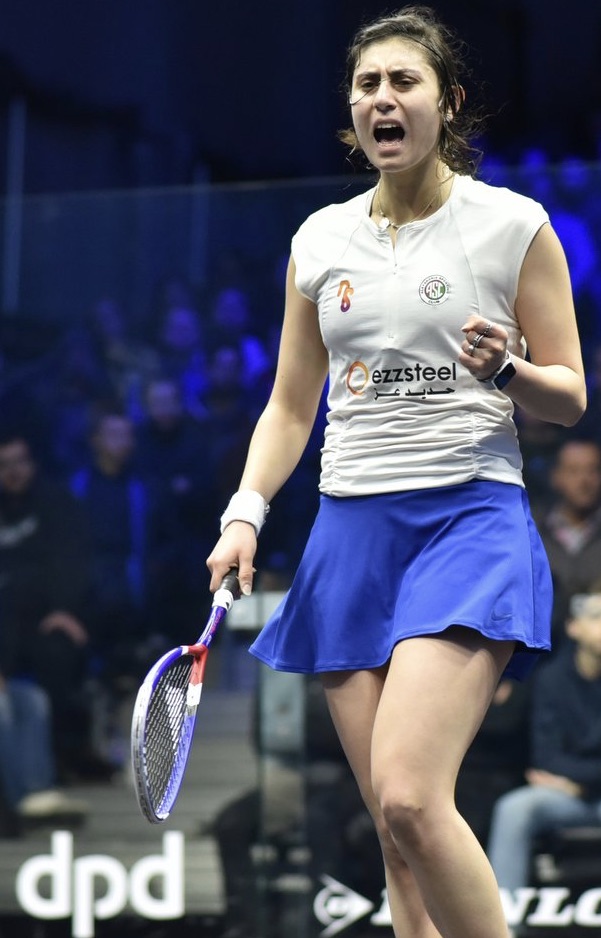 “Nour played really well and maybe better than me in some parts of the match,” said World No.1 El Welily. “I just hung in there and tried to push myself to fight until the end and I live to see another day.

“My attitude and personality on court, they help me get to where I am today and it’s definitely something I’ve been working on and I’m happy to be in another final this season.”

El Welily and El Sherbini will contest their 12th successive PSA final after the latter overcame France’s World No.4 Serme in another epic five-game battle in the women’s draw at the DPD Hub in Eindhoven.

The two players have faced each other in the previous two tournaments, with both of those encounters also going to five in the favour of the Egyptian, and today proved to be no different as El Sherbini halted a Serme comeback to be victorious by an 11-9, 11-4, 2-11, 3-11, 11-6 scoreline.

The 23-year-old El Sherbini said: “It is the third time that I have beaten Camille 3-2. That shows how hard and tough the match is every time. Unfortunately, we have played the last three tournaments against each other, back to back, but I’m really glad to be on the winning side. 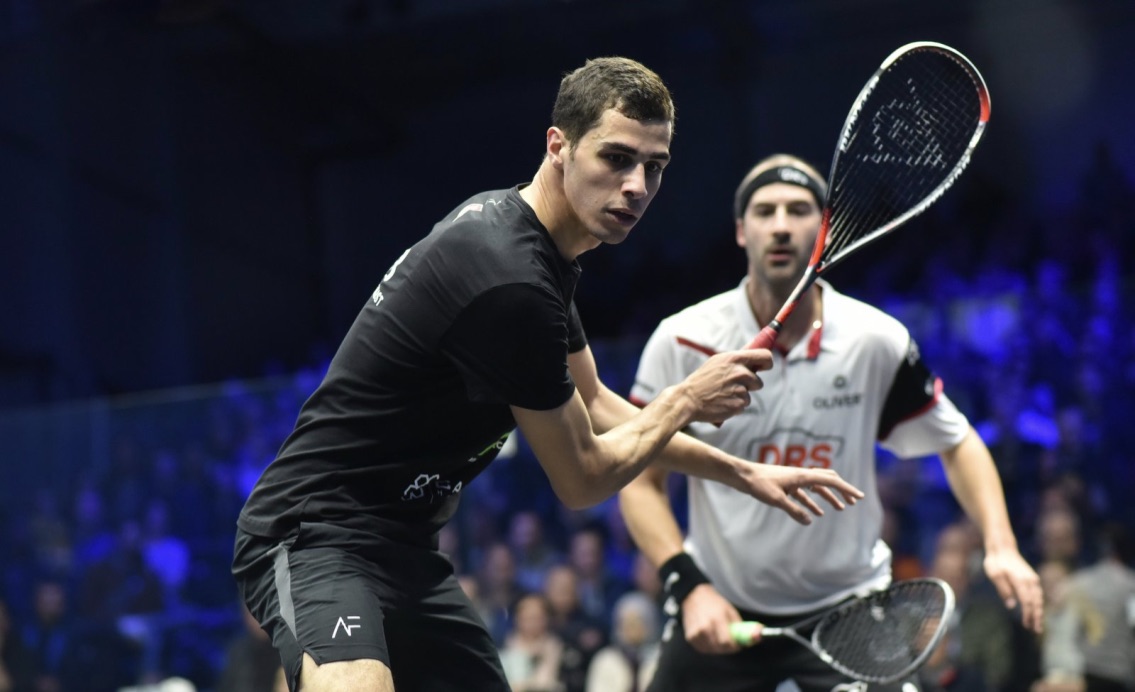 The men’s final will also be contested by the World No.1 and World No.2 as Ali Farag and Mohamed ElShorbagy claimed respective semi-final wins over Germany’s World No.4 Simon Rösner and Egypt’s World No.6 Karim Abdel Gawad.

Reigning World Champion Farag was in top form to despatch Germany’s Rösner in straight-games in 38 minutes and progress through to his eighth PSA final of the season.

“Winning that first game was really important because I know it could have been totally different if I lost that one,” said 26-year-old Farag. “I think my movement got me through today, I don’t think my squash was the best, and he was dominating the ‘T’ area for most of the time.

“I’m just glad I was moving well and picking up a lot of his balls. It’s always tough against Simon, tough but very fair, so it’s always a joy to play against him especially in front of this crowd.”

Meanwhile, ElShorbagy played out a high-quality match with former World No.1 Gawad to progress through to his second successive final after winning the Grasshopper Cup earlier this month.

The two players brought the crowd to their feet with an emphatic display with ElShorbagy taking an 11-9, 7-11, 11-8, 11-9 victory that will see him face Farag tomorrow in their first meeting since 26-year-old Farag took the World No.1 spot from him. 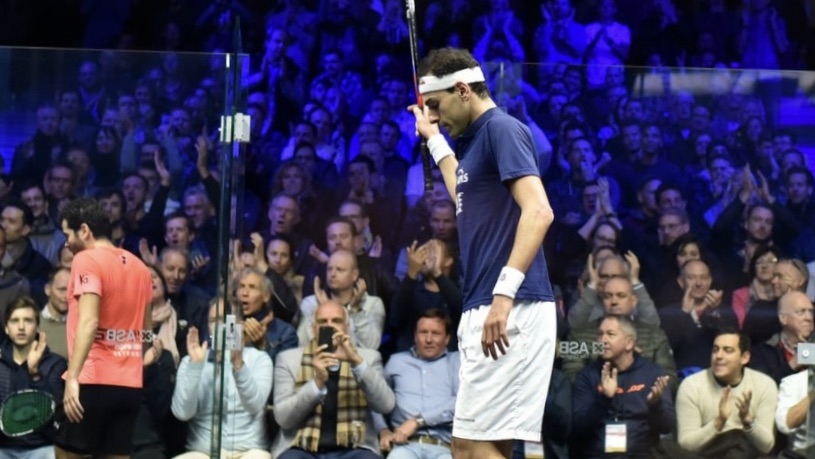 “He’s [Gawad] definitely the most talented squash player we have on tour now,” said 28-year-old ElShorbagy. “You have to get the physicality into the match and make him work hard. The players who like making squash look easy don’t like playing players that make it look tough.

“This is the first time we play where he is No.1 and I’m No.2 now, so it’s reverse pressure a little bit. I think he [Farag] is going to feel what I always feel when I played him before. It’s going to be a new experience for both of us. He has been having an unbelievable season. He raised the bar for all of us and we are all trying to get to that level and I’m sure it’s going to be a great match tomorrow.”

The finals will take place on Sunday April 14 at 15:00 local time (UTC+2) and the action will be broadcast live on SQUASHTV (rest of world) and Eurosport Player (Europe only).