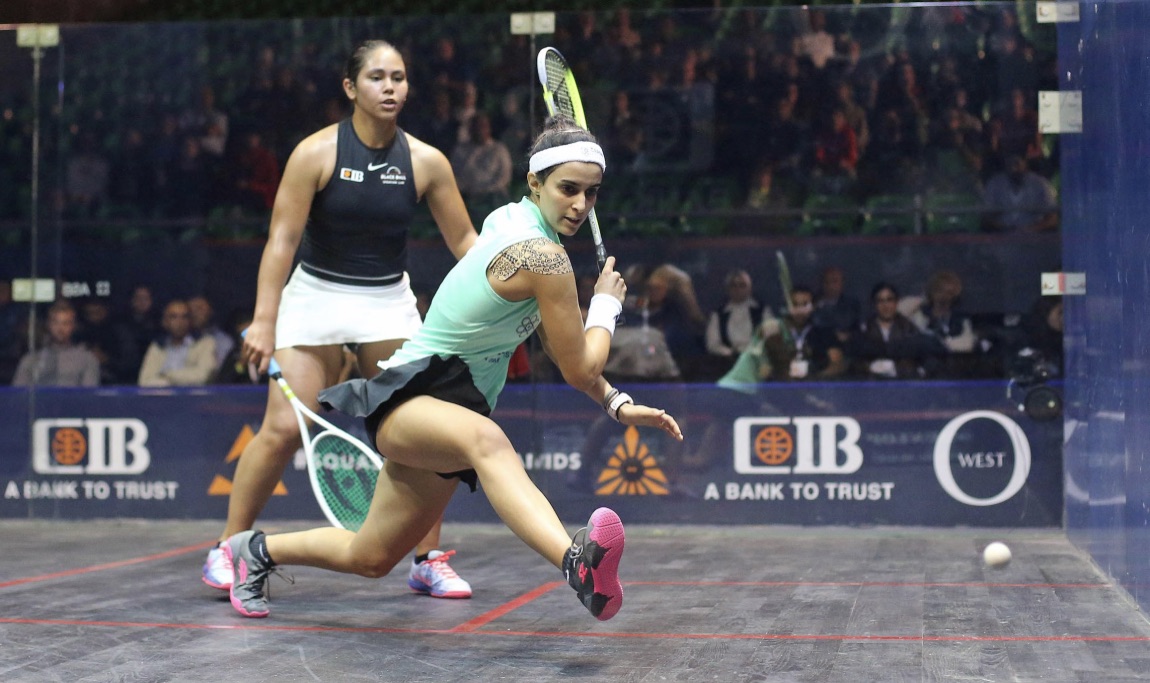 World No.1 Raneem El Welily and World No.3 Nour El Tayeb will face off in a blockbuster quarter-final contest at the CIB PSA Women’s World Championship after the pair claimed respective wins over England’s Alison Waters and Egypt’s Salma Hany in round three in front of Cairo’s famous Great Pyramid of Giza.

El Welily – who is the only female to win a professional squash tournament in front of the Pyramids – and El Tayeb met at the semi-final stage of last season’s World Championship in Chicago, with El Tayeb taking the honours after 64 minutes of intense squash.

The pair have met three times already this season, with El Tayeb winning two of them, including her semi-final triumph two weeks ago at the FS Investments U.S. Open. They will now meet against the backdrop of the iconic Egyptian landmark after both players claimed comfortable 3-0 wins in their third round fixtures.

“I’m pleased with the way I played, I couldn’t have asked for a better performance today,” said El Welily afterwards.

“Alison is such a strong player, she is one of those players that I have seen since day one and she, along with Laura [Massaro], Jenny [Duncalf] and many other English girls took the game to a new level. I’m always pleased to be with Alison on court, I was just trying to stay in every rally as much as possible and not let anything go loose. 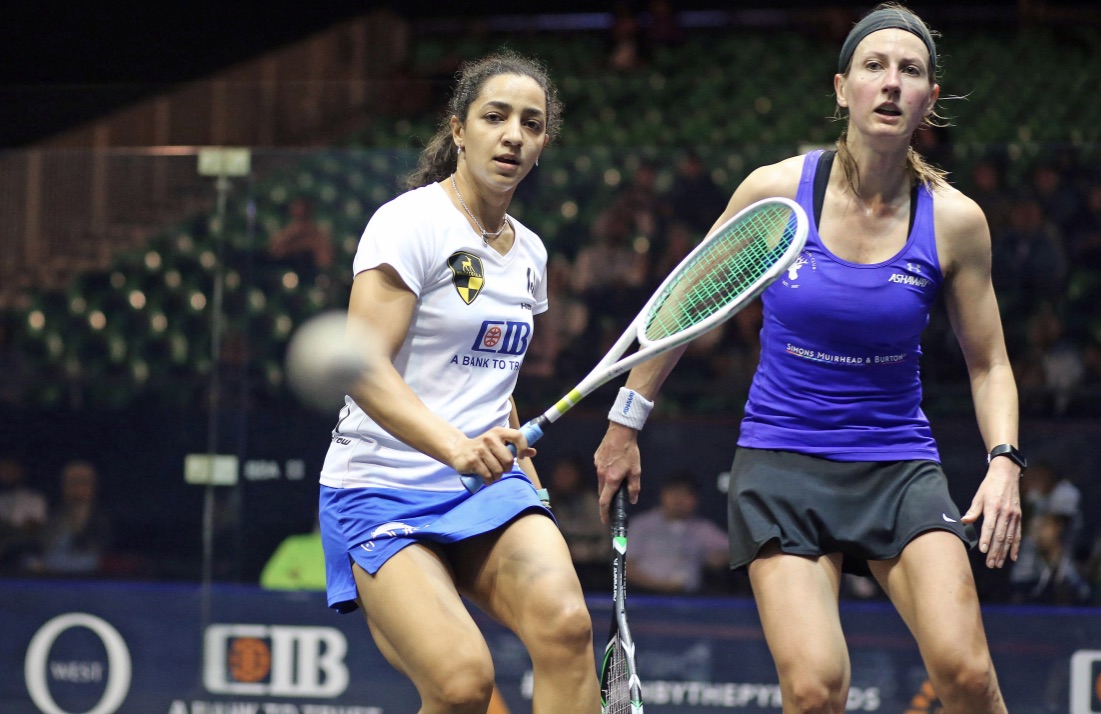 “Nour [El Tayeb] is at the top of her game right now and playing very good squash. She has had very good results so far this season, and I know it’s not going to be an easy match, but I’m definitely up for the challenge.”

El Tayeb said: “I was just getting used to the court and the conditions, so I’m very glad to stick in the first game. The first game is very important and builds a lot of confidence so it was important to take that one. 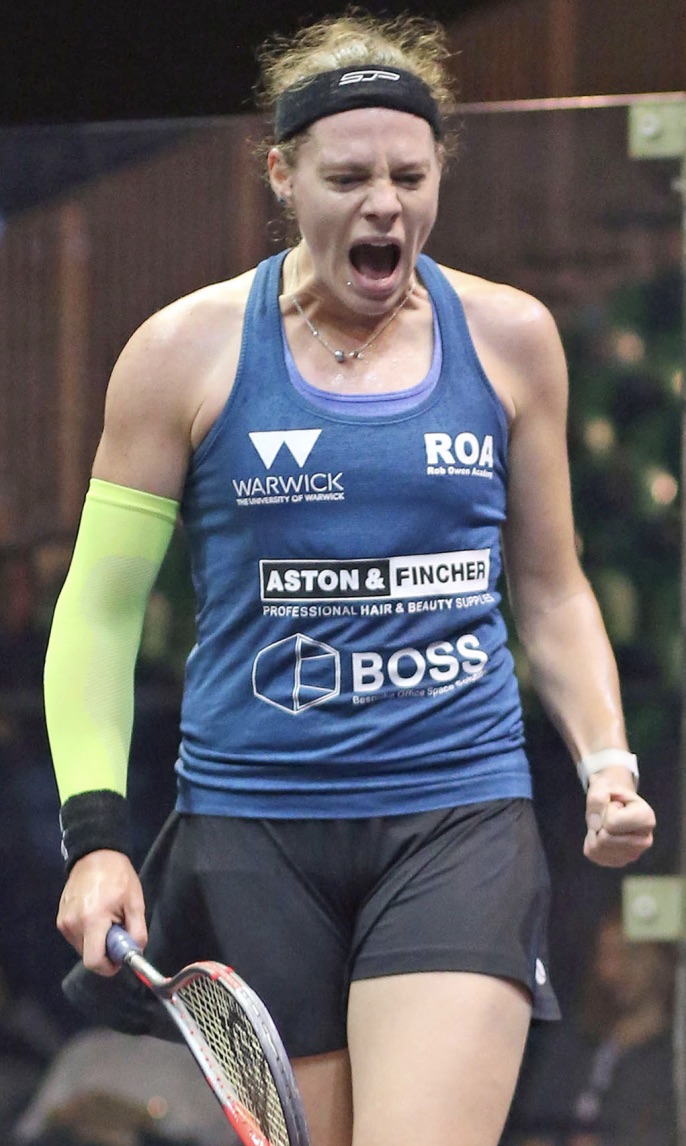 “It’s all the pressure combined in one event – it’s the World Championship, Pyramids – everything. I’m playing well so I want to keep the momentum going as well and I’m very glad to be in the quarter-finals. I hope I can come back the next round and play well.”

England’s Sarah-Jane Perry continued her fine record at the Pyramids as she got the better of fellow Brit Tesni Evans, dominating the Welsh World No.9 to win by an 11-7, 11-6, 11-5 scoreline.

Five of their previous 10 matches had gone the distance to five games, with Evans winning their last match in five during the semi-finals of May’s Manchester Open.

But it was a one-sided affair this time around as Perry established her game plan on the match right from the off, and she will play the in-form World No.4 Nouran Gohar in the next round.

“She has beaten me three out of the last four times,” said Birmingham-born Perry afterwards. “The last time we played was in Manchester and we both had match ball, but she won.

“Today, I just wanted to play how I wanted to play and stamp my authority on the game and hopefully that was good enough, so I’m really pleased with that.”

In the men’s CIB Egyptian Squash Open, England’s Daryl Selby reached his first PSA Platinum quarter-final in two years as he came through a 73-minute, five-game battle with compatriot Chris Simpson, winning 11-5, 6-11, 11-4, 7-11, 11-2 at the Shooting Club 6th of October.

Neither player played well at the same time, with momentum shifting between each Englishman on a game-by-game basis. Twice, Selby found himself a game ahead but Simpson, playing less than 24 hours after upsetting No.6 seed Mohamed Abouelghar, clawed his way back into the encounter both times. In the fifth it was all Selby and he closed out the win to set up a last eight match with Egypt’s World No.1 Ali Farag.

“Abou has been out for a little bit, but they said it was such a high quality match, and I know what Chris is capable of quality-wise, it’s very high and the last few times we’ve played with we’ve always had a 3-2,” 36-year-old Selby said.

“I think we’ve shared the spoils a little bit, so I knew it was going to be tough but he finished a bit later than me yesterday, so tactically I just wanted to start really fast, really strong and show him that he was going to be in for a hard game, and if he had any stiffness or anything from yesterday, I wanted to try and expose that early on.” 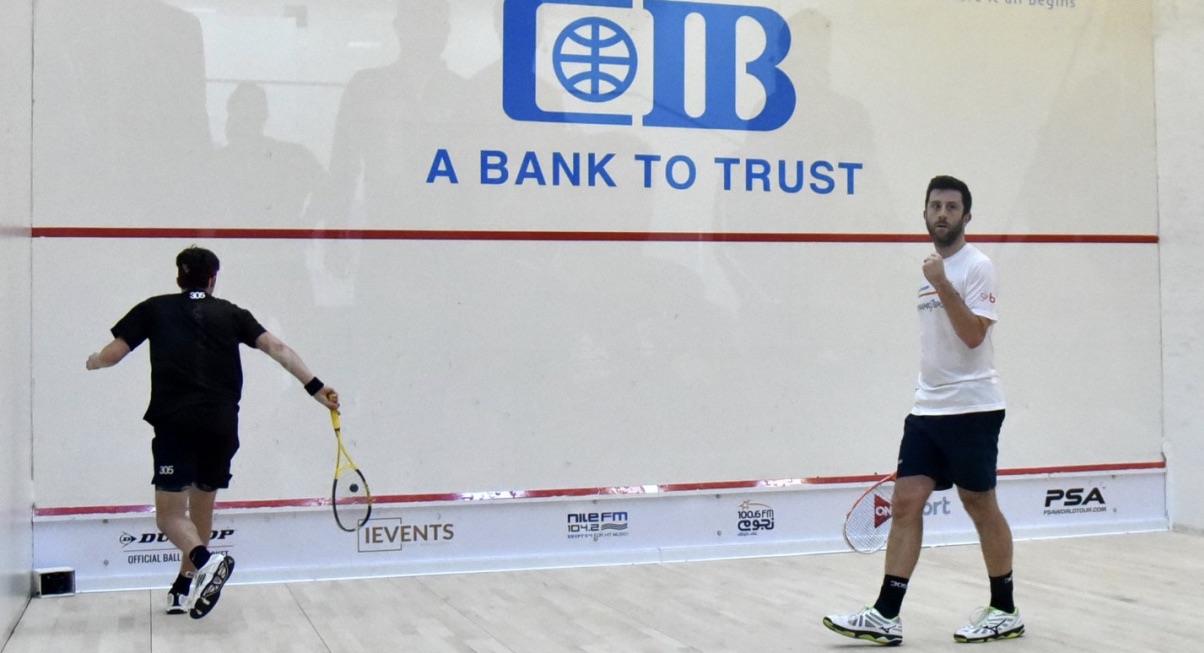 Farag defeated compatriot Mazen Hesham in straight games, while New Zealand’s Paul Coll and World No.14 Fares Dessouky were the other men’s winners.

Round three action at both the CIB PSA Women’s World Championship and CIB Egyptian Squash Open continues on Monday October 28. Play at the men’s tournament begins at 12:00 (GMT+2) at the Shooting Club 6th of October, while the women’s matches at the Pyramids get under way at 17:30.