Alan Thatcher October 31, 2019 No Comments on Egypt’s Raneem and Nour meet in local battle to rule the world 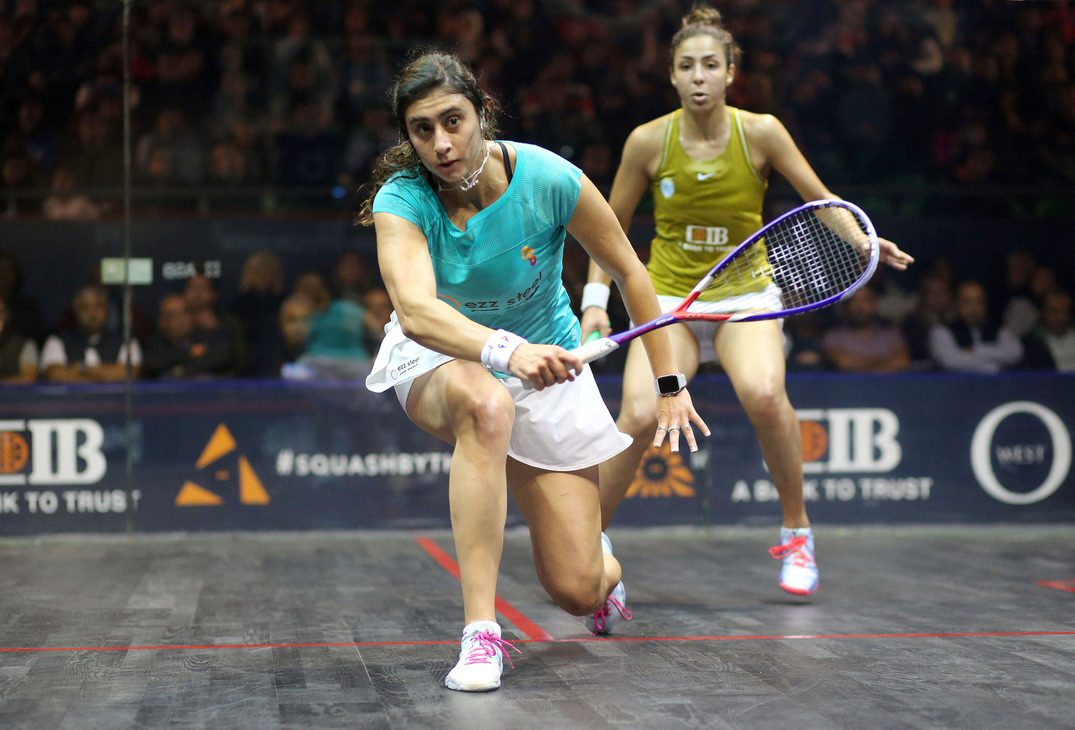 Three years on from becoming the first female squash players in history to contest a final in front of Cairo’s spectacular Great Pyramid of Giza, World No.1 Raneem El Welily and World No.4 Nour El Sherbini will once again go head-to-head at one of the most iconic locations in global sport after the Egyptian duo booked their places in the final of the CIB PSA Women’s World Championship earlier today.

El Welily and El Sherbini have been the pre-eminent players on the women’s tour over the intervening three years and have already met in two World Championship finals since their 2016 Al Ahram Open final clash. El Sherbini won the first of those in El Gouna when they met in the final of the 2016 edition, while El Welily avenged that defeat in Manchester in 2017.

El Welily beat El Sherbini in five games in that Al Ahram final, and the 30-year-old continued her 100 per cent record in front of the last remaining wonder of the ancient world as she came back from a game down to beat the in-form Nouran Gohar. 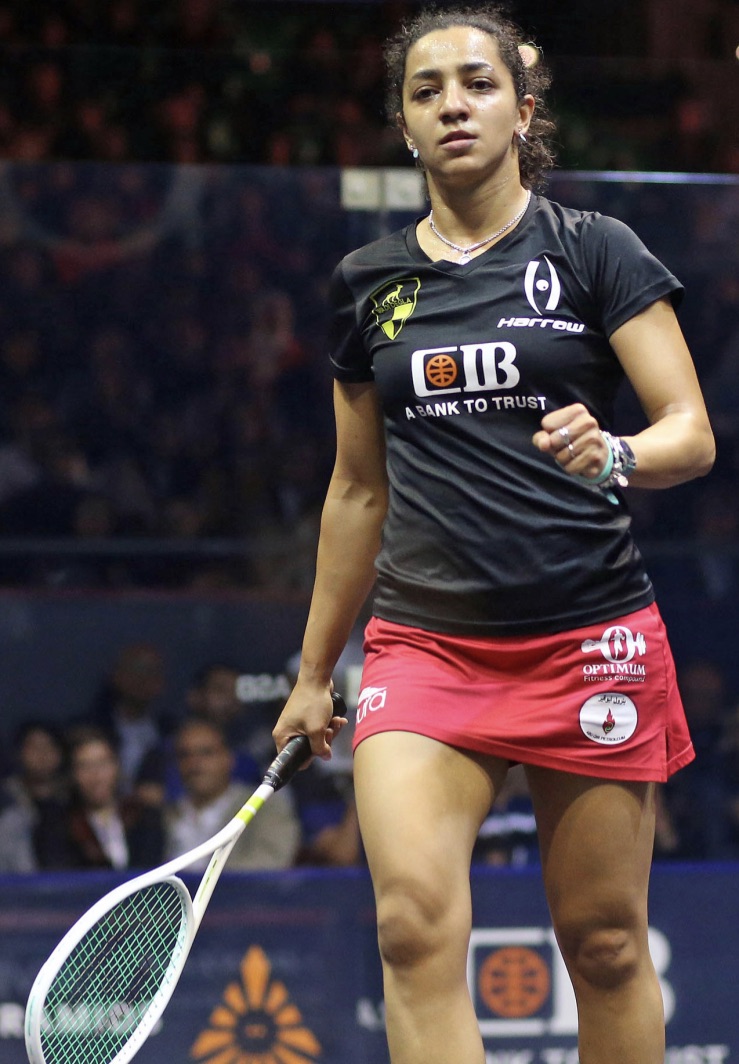 An error-strewn first game from El Welily handed Gohar the lead, but an onslaught of attacking squash from the world’s leading female player saw her come back to book her fourth World Championship final berth.

“I was sharp, I was prepared, I knew what I was doing but it just wasn’t working the way I wanted,” said El Welily.

“She was on fire obviously, but I’m very pleased to back it up in the second game and to manage to find a way somehow and not look back. She hits it hard and now she lobs as well. She’s varying the pace and mixing it up, so it’s not about the hard hitting anymore, it’s about adjusting to whatever she is firing at you.

“Her variety of shots has gotten so much better than last season, even though last season she was playing well. She’s playing well this season and I’m just pleased to be through. Thanks to the preparation of my coaches, I was able to prepare well today. It’s a big crowd today and quite a few friends and family members [in the audience] as well.”

El Sherbini – who is the third woman to reach a fifth successive World Championship after the legendary Nicol David and Susan Devoy – is appearing at her first PSA Tour event of the season after shrugging off a knee injury, and she maintained her perfect tournament so far as she defeated World Junior Champion Hania El Hammamy to make it five 3-0 wins in a row.

But she was outplayed against El Sherbini, going down by an 11-6, 11-2, 11-5 scoreline to ensure El Sherbini and El Welily will do battle for the first time this season.

“Hania is an amazing player, she is only 19 and is playing in the semi-final of the World Championship,” said El Sherbini after her 300th PSA Tour match.

“She got a huge win yesterday and I’m sure that it is still in her mind. I wanted to start from the first point in the match and just to keep going as much as I could. I’m really grateful that I’m standing here right now and I’m playing this tournament. I’m in the final, so I’m really grateful and hopefully not losing a game will give me a good advantage tomorrow.”

The men’s CIB Egyptian Squash Open is taking place alongside the women’s event this week and that final will also be a repeat of the Al Ahram Open title decider, with World No.1 Ali Farag and World No.4 Karim Abdel Gawad set to line up in the final.

Farag lost out on that day as Gawad became the first Egyptian since the legendary Ahmed Barada to win a trophy in front of the Pyramids, but the 27-year-old will have the opportunity to avenge that defeat after a composed display saw him defeat New Zealand’s Paul Coll in straight games. 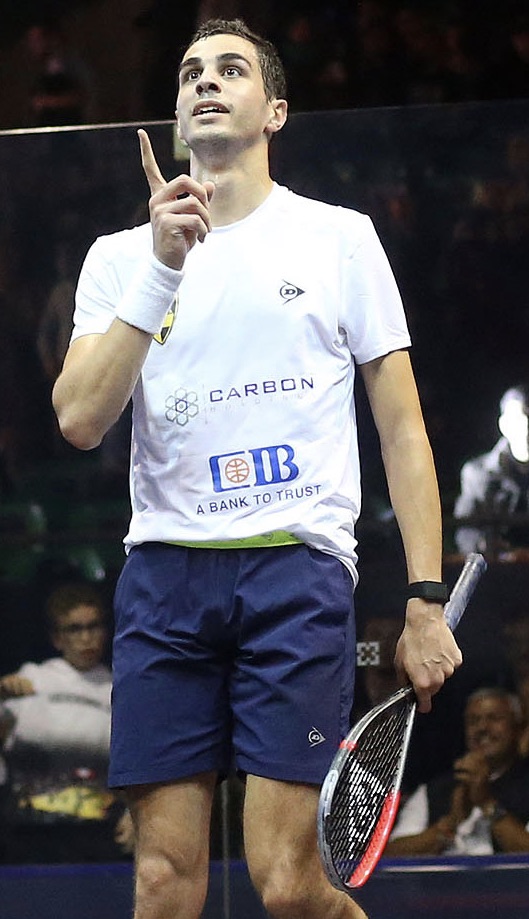 Their last match over a best-of-five format saw Farag prevail after 77 minutes of intense action during May’s British Open, but today was a more straightforward fixture for the reigning World Champion as he controlled proceedings to win 11-7, 11-6, 11-6.

“We had a game plan together, myself, Karim Darwish and Nour [El Tayeb] and my brother as well,” Farag said.

“I know a lot of players have already mentioned it numerous times, but I want to thank CIB and the entire institution for supporting us all the way through. It’s something we are really grateful for and thanks to Amr Mansi and I-Events for bringing this back. You see so many pictures of this venue and you can never get bored of it.”

Local man Gawad will look to repeat his 2016 success after he vanquished Welshman Joel Makin to reach his first PSA Tour final of the season.

Makin, appearing in his first PSA Platinum semi-final, was two games up against the Egyptian in their last meeting at January’s Tournament of Champions before injury struck and he was forced to retire from the match.

The World No.12 started strongly in the opening two games once again to make things tough for former World Champion Gawad. However, the quality of the Egyptian shone through in the end as he kept Makin at bay, before storming to victory in the third to complete an 11-8, 11-7, 11-4 win.

“You can’t not enjoy playing squash in this venue,” said Gawad afterwards. “Since day one, I have come here and just wanted to give myself another chance to come on court and play. Of course there is some pressure playing in your home country.

“Last time we played he had to retire through injury and I was 2-0 down, so I knew today was going to be a tough match for me. I just wanted to play good squash, focus on my length and play some good winners.”

The finals begin on Friday November 1 at 19:00 (GMT+2) with the women’s World Championship final following the men’s Egyptian Open title decider. Play will be shown live on SQUASHTV (rest of world), Eurosport Player (Europe only) and the official Facebook page of the PSA World Tour. 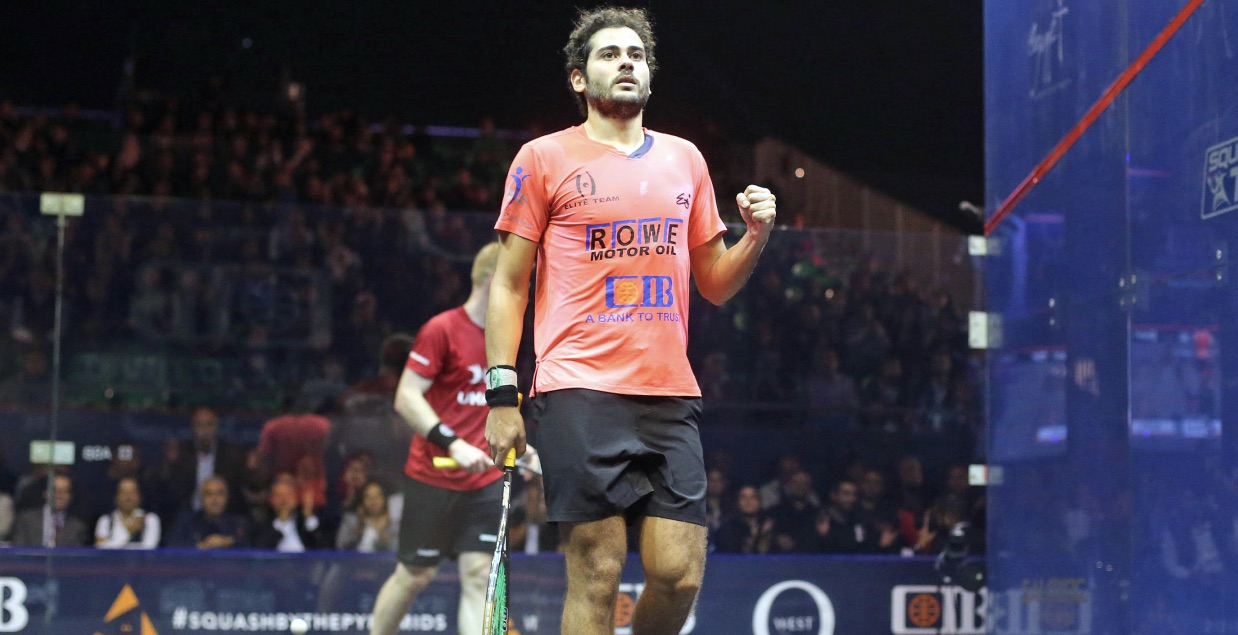 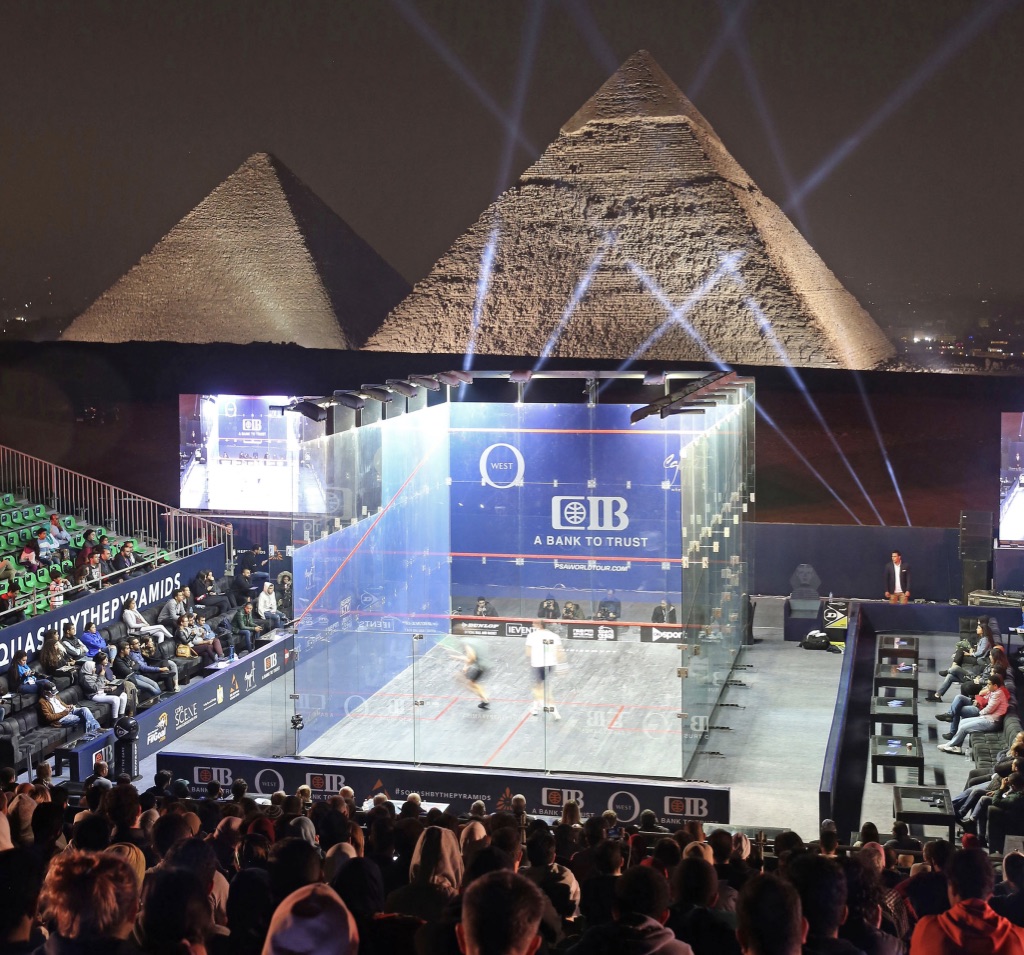