The annual Macau Squash Open returns onto the PSA calendar once again and will continue to feature equal prize money of US$ 50,000 each for both the men’s and women’s events. The PSA Bronze event will be held over five days from 10 – 14 April 2019.

The first three rounds will take place in the usual Macau Bowling Centre before play is moved onto the all-glass court at the Tap Seac Square in the St. Lazarus Quarter.

The men’s event has attracted a strong field and will feature two world top ten players. The draw will be headed by the “Peruvian Puma” Diego Elias and India’s Saurav Ghosal, who are ranked 9 and 10 in the April rankings. This is the Peruvian’s maiden appearance in Macau while Saurav was a runner-up at his last appearance here in 2017.

Ghosal, who broke into the coveted top ten for the first time this month, is seeded to face hard-hitting third seed Omar Mosaad in the last four. The Egyptian was a finalist last year and was two games up before losing out in five to Hong Kong’s Yip Tsz Fung in the final.

Hong Kong will have the biggest contingent in the men’s event with five entries. Yip is seeded fourth and he will have lovely memories of Macau after winning his biggest ever title here last year. He is drawn to meet compatriot Leo Au in the last eight, while 2016 finalist Max Lee is drawn to meet Elias in the same stage. 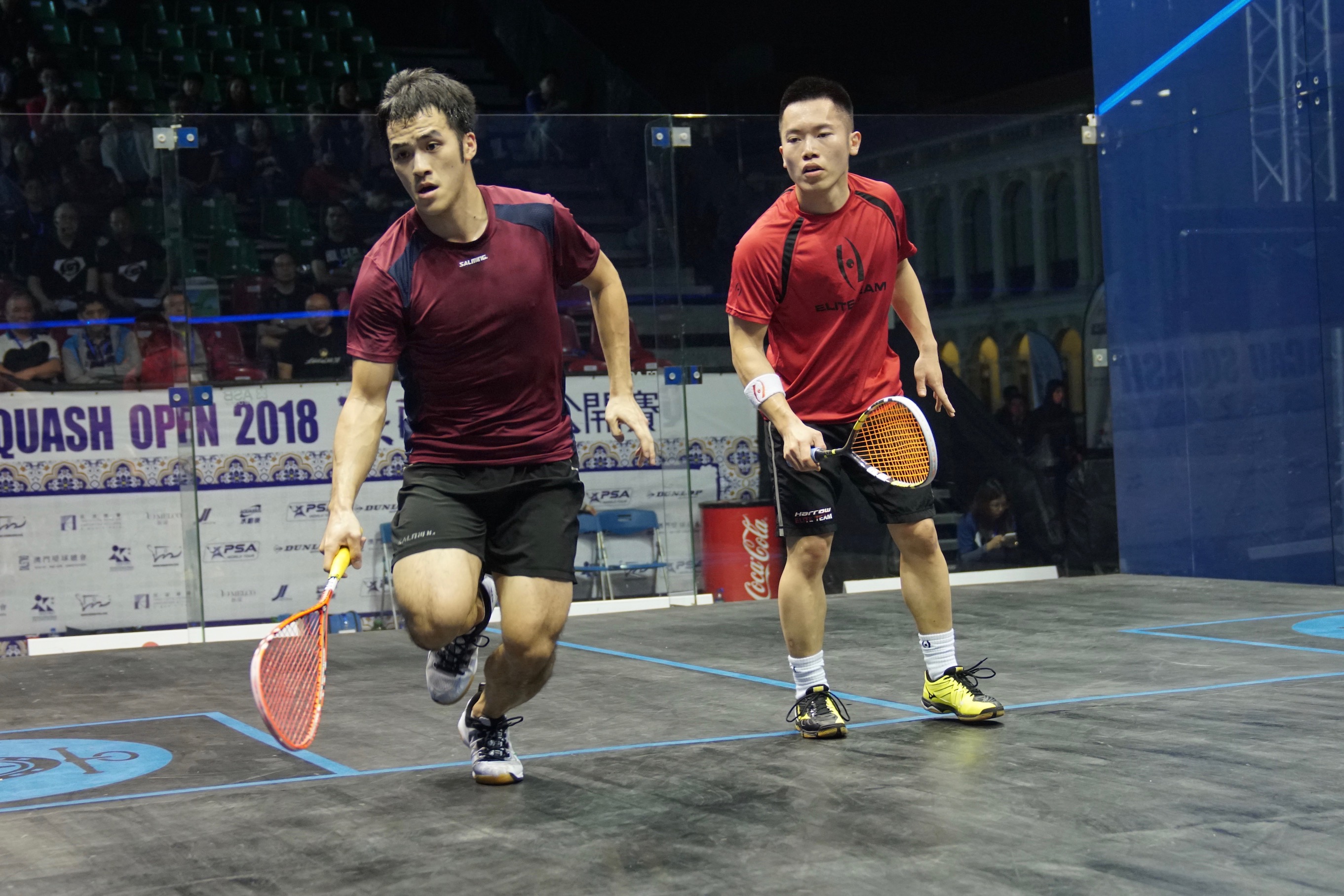 Manuel Gassmann will make his second appearance as a local wild card at the event. The 17-year old has been drawn to play Malaysian Ivan Yuen in the opening round. Hong Kong’s Lau Tsz Kwan will fill the second wild card spot and will play Spain’s Edmon Lopez.

An opening round encounter to watch would be the battle between 2017 World Junior runner-up Victor Crouin of France and Ng Eain Yow, the 2016 World Junior champion from Malaysian. The pair, currently ranked 74 and 37 respectively, will battle it out for a slot in the last sixteen against “The Komodo” Nafiizwan Adnan.

The women’s event, while not having any top ten players, is not short of quality entries. Local favourite Annie Au of Hong Kong is the top player in the field. The world number 11 has always been drawing local support and was a finalist in 2016 and semi-finalist in the last two editions.

Second seed Salma Hany of Egypt will be looking to relish her great performance here last year. The 22-year old was a surprise finalist after taking out top seed Camille Serme in the last eight and Hong Kong’s Joey Chan in the semis. Since that breakthrough run, she has had her best results on tour, including a quarter-final showing at a World Series event. In June 2018, she broke into the top 15 and then reached her career-high of 12 in March this year. 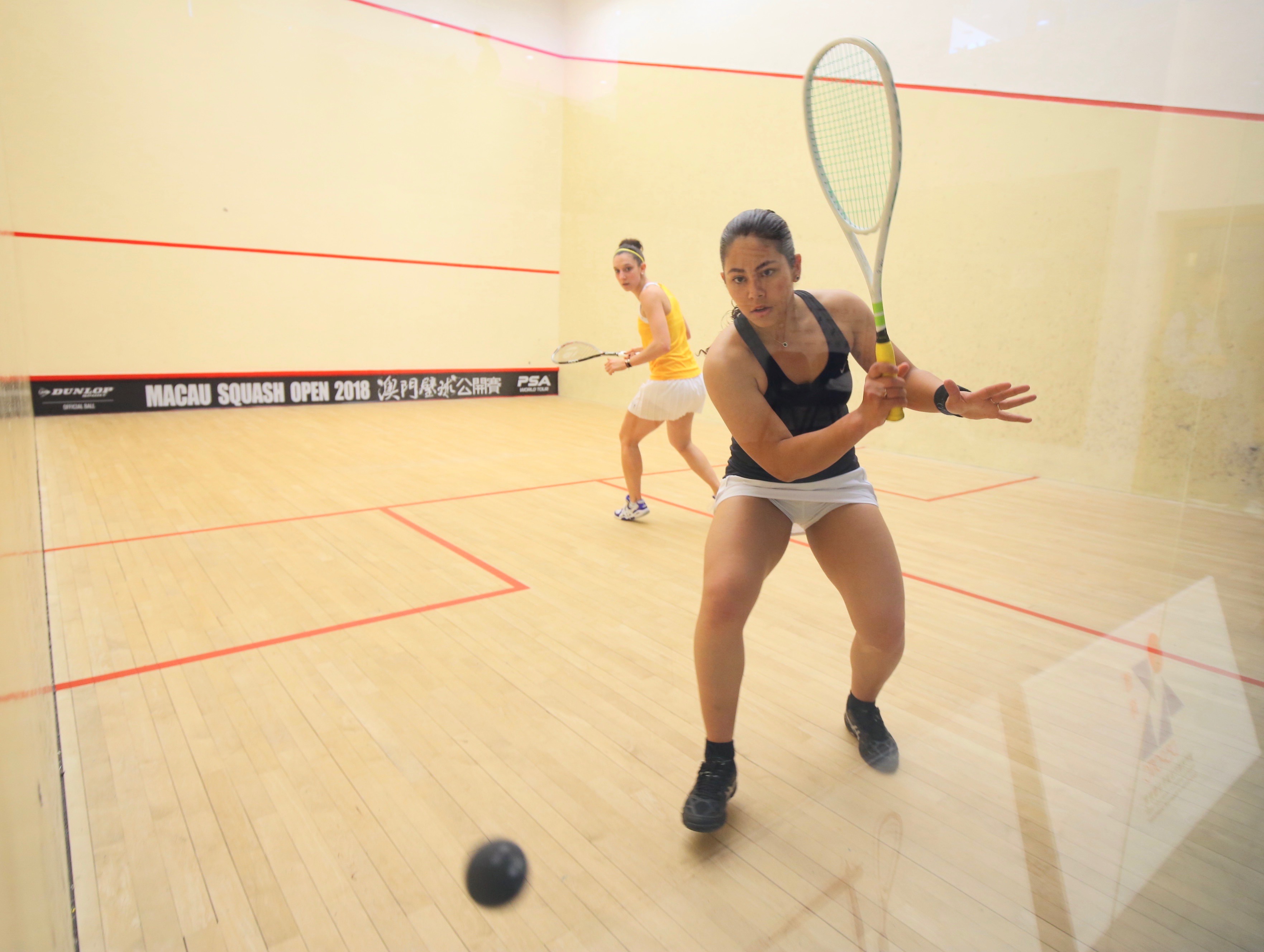 Salma Hany, who ejected top seed Camille Serme last year, will be looking for another good run at the event this year

However, former world number 5 Low Wee Wern has been drawn to play Hany and could potentially be a party spoiler for the Egyptian. Low will be making her debut in the event and will be looking to further improve her ranking after breaking back into the top 40 in February.

Asian pair Joshna Chinappa of India and Hong Kong’s Joey Chan are third and fourth seeds. Both potentially have tricky Egyptians in their quarter if matches go to seeding in the form of Mayar Hany and Zeina Mickawy.

Local challenge will be spearheaded by Liu Kwai Chi, who will be playing Japanese number one Satomi Watanabe. Hong Kong youngster Chan Sin Yuk has been given the second local wildcard and will face Kiwi Amanda Landers-Murphy.

Entry to the first round up to the quarter-finals at the Macau Bowling Centre is free of charge. Semi-finals and finals tickets at all-glass court on Tap Seac Square will be ticketed. They are free of charge but are limited. Squash fans interested to reserve their tickets may contact the ticketing hotline at +853 2853 0497 or email [email protected]

There will also be a carnival at the venue on 14 April 2019 that is open to the public, where visitors will have a chance to experience playing squash.