James Roberts May 18, 2020 No Comments on Elite French players given green light to resume on court squash training 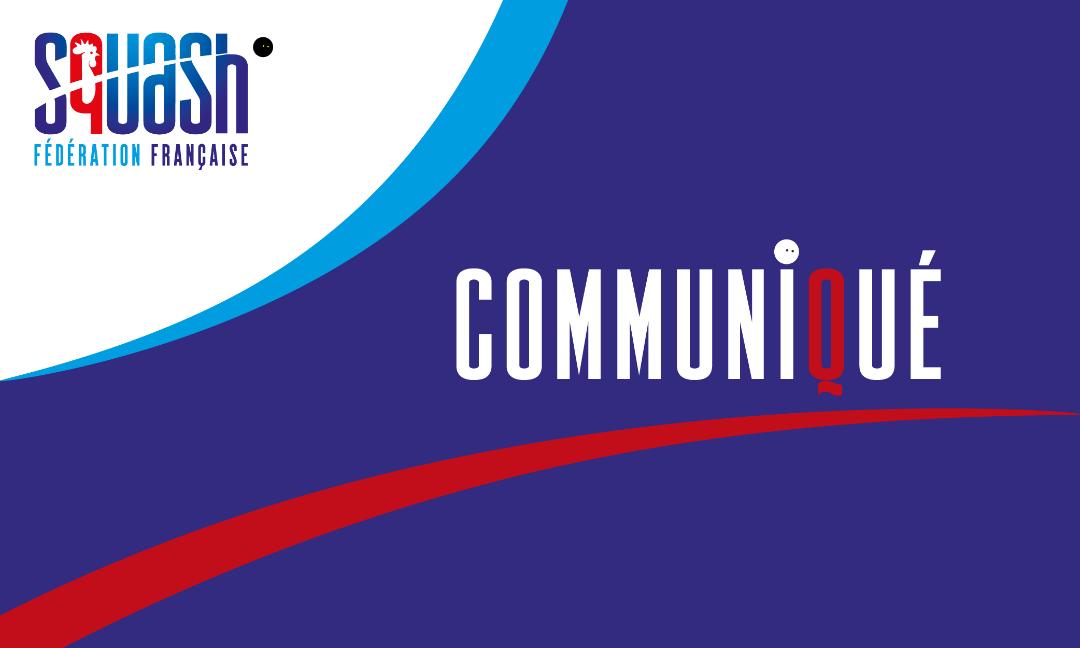 In a Q&A style communique released today by the Fédération Française de Squash, it was announced that elite French players can now resume on court training, subject to compliance with strict health protocols.

This is thanks to guidance from the Ministry of Sports, which allows all high level athletes to resume training activities, even amongst 3 categories of sports deemed high risk, these being indoor, team or contact/combat sports.

The French Federation has decided to endorse this approach, although has sought to clarify that this will only involve those players registered on its official high-level lists.

The Federation has also re-emphasised the fact that for non-elite players, the situation remains the same: ‘normal competitive squash’ on traditional indoor courts will remain strictly off limits for the time being.

That said, the Sports Ministry has also decreed that general physical training and motor skills development activities can be considered by the governing bodies and associations of those sports that for now remain unauthorised. These activities would have to comply with strict health guidelines: outdoors only, groups of 10 people maximum, zero personal contact, no sharing of any equipment (including balls), social distancing between participants, registration of participants, medical fitness declarations etc.

The Federation is suggesting that individual players speak to their clubs and associations to see whether these kinds of activities will be possible. For now, indoor courts will remain closed and the Federation has clarified that it is only the national government who can decide when the courts can be re-opened. It has committed to keeping players informed as soon as information is received.

In the meantime, it also transpires that the Federation has agreed a protocol for squash with the Ministry with the goal of some form of resumption of indoor activities as part of phase 2 of the governments “plan de déconfinement” to be announced on 2nd June as things stand.

Although the Federation is not able to release the details of this protocol until it has been authorised by the Ministry, it has outlined its broad principles. These include following social distancing, limited access to changing rooms, no sharing of equipment, enhanced cleaning regimes, no hand wiping on court walls. In addition, it is to be recommended that only solo rather than multi-player activities are undertaken as an initial first step.

We at Squash Mad will continue to keep a close eye on developments in France and are in touch with some clubs and players over the Channel. We will bring further details of the French protocol and local reactions to it as soon as it is confirmed.