Alan Thatcher January 16, 2020 No Comments on End of the line for Brits as Perry and Makin bow out at Grand Central 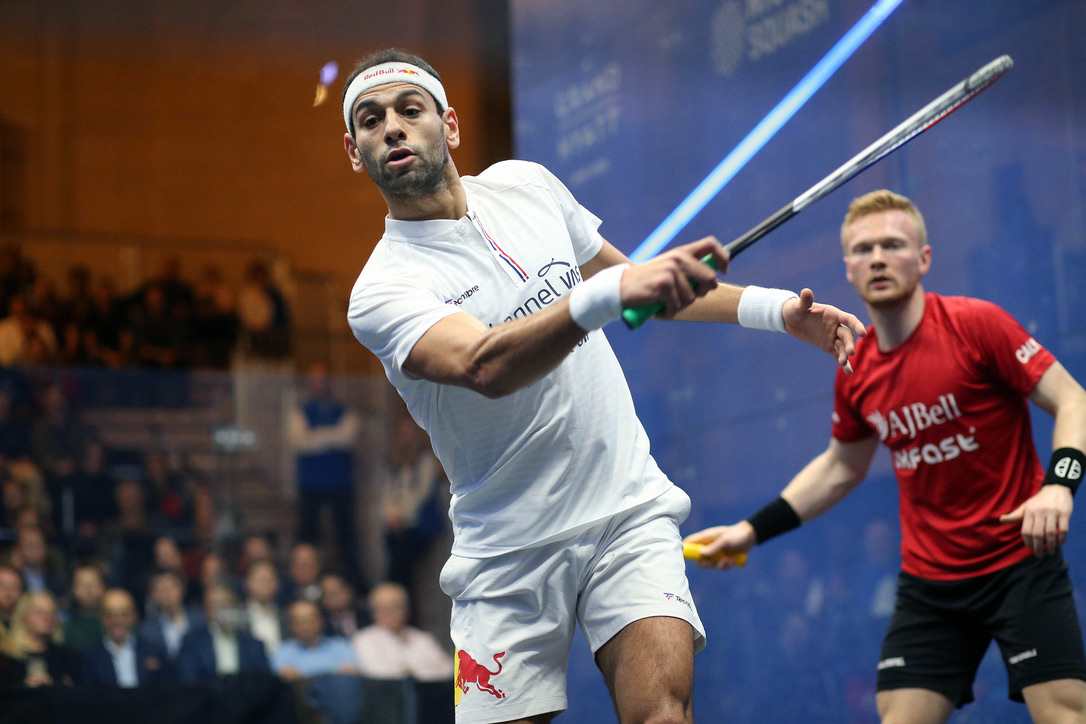 World Champion Nour El Sherbini put on a masterclass of attacking squash earlier today at New York’s Grand Central Terminal to end a three-match losing streak against England’s Sarah-Jane Perry and book her place in the semi-finals of the 2020 J.P. Morgan Tournament of Champions.

It was also the end of the line for Welsh star Joel Makin, his straight-games defeat to a brutally effective Mohamed ElShorbagy ending British involvement in the tournament. 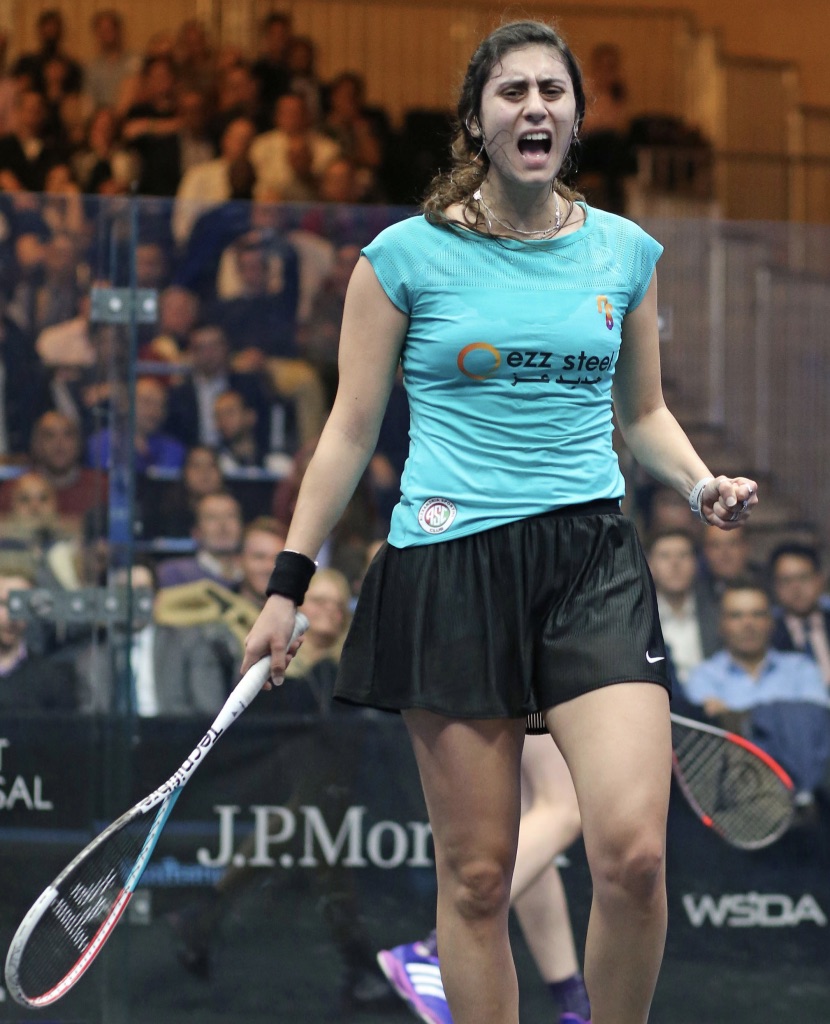 El Sherbini is appearing at just her second PSA event of the 2019-20 season after a knee injury, with her previous event seeing her capture a fourth World Championship triumph. The 24-year-old is also on the hunt for a fourth Tournament of Champions title, and she is now just one win away from a third successive ‘ToC’ final after beating Perry 11-7, 11-3, 11-8 in just 33 minutes.

The World No.2 has struggled against Perry in the past, with the English player winning four of the previous five matches, but it was all about El Sherbini at Grand Central today as the Egyptian attacked with gusto and dragged Perry into all four corners of the court to set up a semi-final fixture against New Zealand’s Joelle King.

“Losing once against any player is always hard, but losing three times is harder,” said El Sherbini. “Last season I wasn’t happy with the way I was playing and I played her three times and I lost three times. This time I was prepared well and I just wanted to come on and play good, enjoy more and I think I did a good plan with my coaches. I’m really glad it worked and happy that I won in three.

“SJ is very skilful and you can see that she can kill any shot from anywhere on the court. I was trying to take a step forward and be prepared for any shot she played and I’m happy that I’m playing loads better than yesterday and that gives me a huge push for tomorrow.”

King was in similarly impressive form as she overcame Egypt’s World No.14 Salma Hany, with the 31-year-old winning 11-6, 11-6, 11-8 to reach her second successive Tournament of Champions semi-final. 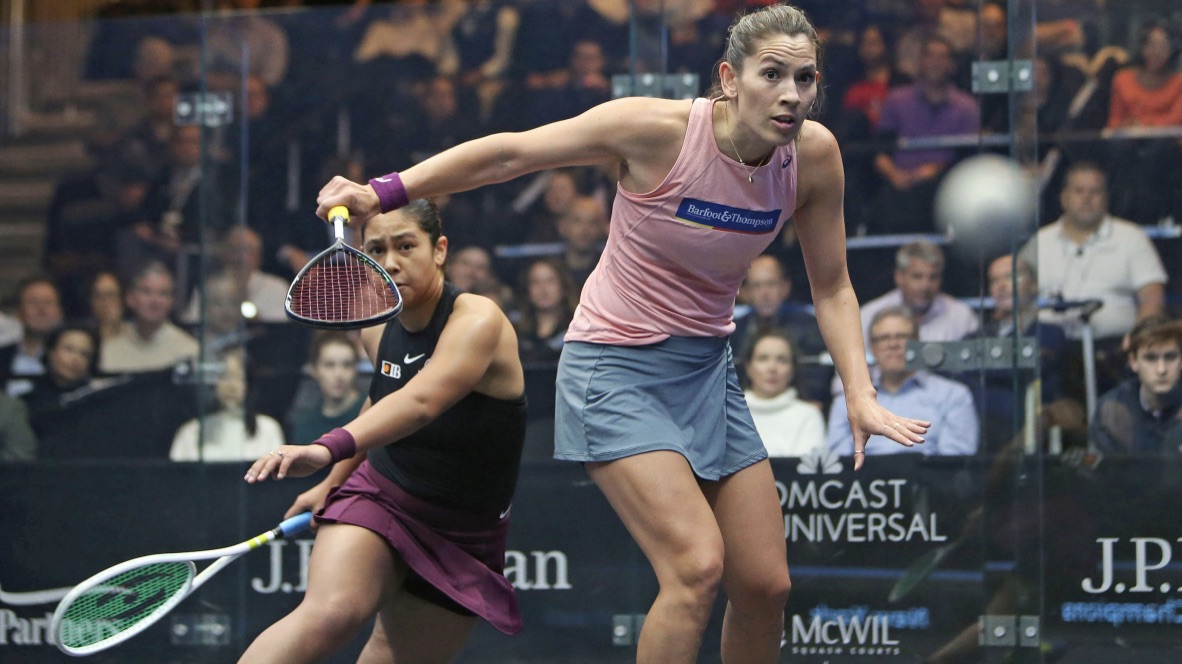 Hany caused one of the biggest upsets of the tournament so far when she overcame World No.4 Nour El Tayeb in round three, but King executed her game plan to perfection as she nullified Hany’s attacking intent to secure her last four berth.

“It just feels really good to be on court and playing close to back to my best,” King said. “I just want to keep playing and what better way than to keep playing here in Grand Central, it’s one of the most amazing events in the whole world.”

Men’s World No.2 Mohamed ElShorbagy continued his 100 per cent record at this year’s tournament, with an 11-6, 11-6, 11-6 victory over World No.12 Joel Makin meaning he stays in with a chance of reclaiming the World No.1 spot, a year on from surrendering it to current incumbent Ali Farag. 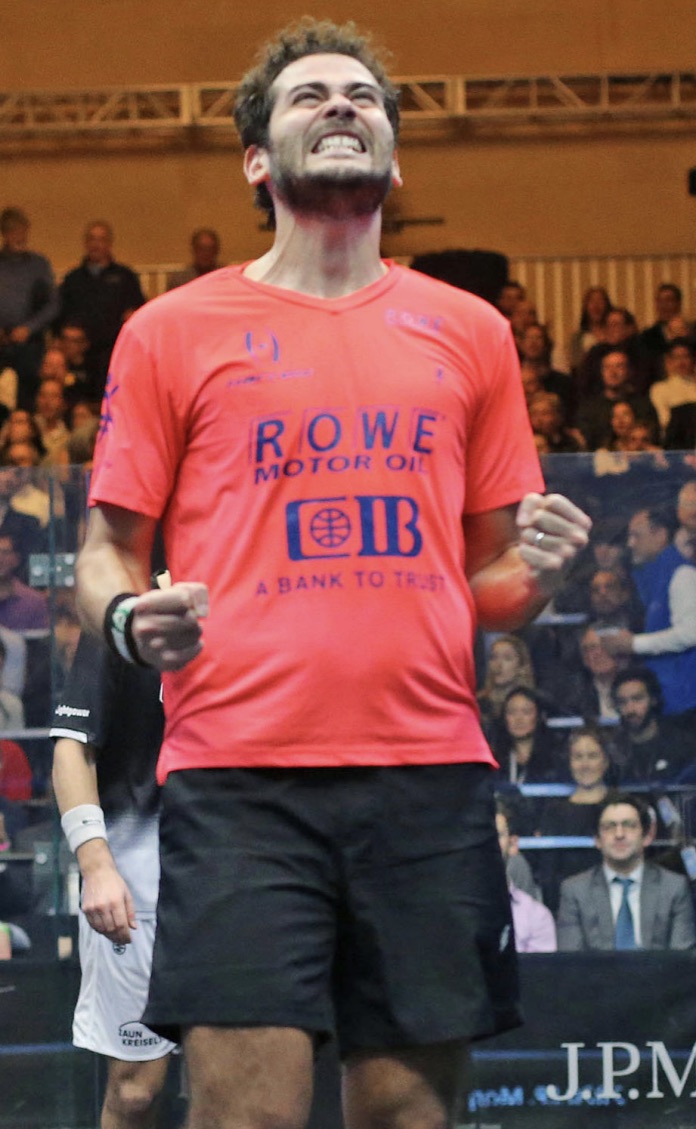 If Farag loses in today’s semi-finals and ElShorbagy wins the tournament, ElShorbagy will claim top spot in the February PSA Men’s World Rankings and he moved to one win of a fourth Tournament of Champions final after a powerhouse performance against his Welsh opponent.

“Joel, for me, is the most improved player every year,” ElShorbagy said. “Every match he plays there is something new that he brings to his game and for me he is a top five player. He is one of the most hungry players that I have come across in my career.

“He’s actually the first training partner I’ve had, beside my brother, in my career. We get on really well and he has had a fantastic tournament.”

The men’s semi-finals will be an all-Egyptian affair for a second year in a row, with Gawad joining ElShorbagy, defending champion Farag and World Champion Tarek Momen in a last four in which every player has had their hands on the prestigious World Championship trophy.

Gawad and ElShorbagy will go head-to-head for a place in the title decider, with Gawad overcoming 2018 winner Simon Rösner in a scrappy 3-2 victory.

“I’m really happy to be through,” said Gawad, the 2017 ‘ToC’ champion. “Simon played really great squash today. He hit amazing winners from all corners today, I was under pressure for the whole match, and I really wanted to push and win today to reach the semi-finals. I’m glad I did and I’m glad I’m in the semi-finals and get to play in front of such a great crowd.”

The semi-finals begin today at 17:00 (GMT-5) and action will be shown live on SQUASHTV (rest of world), Eurosport Player (Europe only), the official Facebook page of the PSA World Tour and mainstream broadcasters around the world including BT Sport and Sky Sport New Zealand.