Alan Thatcher November 20, 2020 No Comments on England Squash chief fights for greater freedoms for our sport when the latest lockdown is lifted

England Squash chief Keir Worth is demanding greater freedoms and fewer restrictions for squash players when the latest coronavirus lockdown is lifted.

Worth is working with other racket-sport federations to lobby the government.

However, squash was not included in a list of sports in England who will receive a rescue package totalling £300m from the government, which was announced yesterday.

A BBC report quoted DCMS minister Oliver Dowden as saying: “Clubs are the beating hearts of their communities – this boost will help them survive this difficult winter period.”

In an email to all members sent out this week, England Squash CEO Worth provided an update on the return to play, including a proposal to the DCMS for a relaxation of the rules at all tiers allowing an increased level of play, once the current lockdown is lifted. 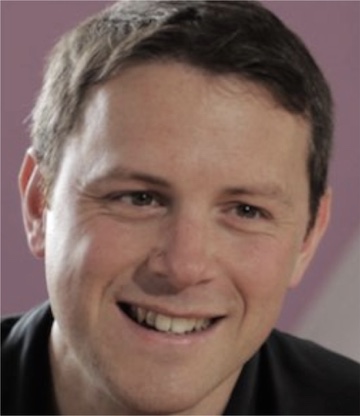 He wrote: “Like you, I was hugely frustrated by the news that squash clubs must close once again at a time when players were beginning to get back on court. COVID-19 has changed the world around us, affecting our families, communities, and our ability to do the things we love most, including playing, coaching, supporting and watching squash.

“As we all know, squash is more than just being on court. It brings people together, and for many it’s a way of life. Squash clubs are at the heart of many communities and play a vital role in sustaining mental wellbeing and community spirit as we weather the pandemic storm.

“I’ve been extremely proud and inspired by the resilience of the squash community, and heartened by the many stories of clubs, staff, coaches and volunteers who have worked tirelessly to make facilities as safe as possible so that we could return to play.

“The closure of courts for an extended period along with the new tiered restrictions have inevitably had a detrimental impact on our community, above and beyond the challenging financial pressures on facilities and the staff who work and volunteer within them. We are also aware of the huge social, health and general well-being impacts on players across the country.

“England Squash continues to do everything possible to help the community through this unprecedented period, so that together we can recover and, where necessary, reinvent and secure a sustainable future for squash.

“Alongside other national governing bodies including Badminton England and the Lawn Tennis Association, we have submitted a proposal to the Department for Digital, Culture, Media and Sport (DCMS) for a relaxation of the rules at all tiers allowing an increased level of play, once the current lockdown is lifted.

“We are also calling on Government to instigate emergency support to ensure sports clubs and leisure centres can remain open and survive the coming months through the Sports Recovery Fund petition. We urge you to sign the petition and help it reach 100,000 signatures so that it will be considered for debate in Parliament.

“To help shape our ongoing conversations with DCMS and Sport England in the return to play, and provide enhanced support and resources to clubs and venues, we have released a further club survey. We urge anyone involved in running a squash club or venue to complete the survey as soon as possible.

“I am confident that by continuing to work together and combining our efforts, we will overcome the challenges ahead and emerge from this crisis stronger and more adaptable than ever.”

Worth and his team are working with the PSA to rearrange the Allam British Open for early in the New Year. The iconic event was scheduled to take place in Hull in May but fell victim to the coronavirus lockdown.

Hull is currently the UK’s coronavirus hotspot with an infection rate of 751.4 cases per 100,000 people.

According to the Hull Daily Mail, a total of 1,952 new cases were recorded in the seven days to November 14 with Hull’s hospitals seeing more admission for Covid than they did during the first wave earlier this year.

Emergency funding for sport in England

Squash was not included in a list of sports who will receive a rescue package of £300m from the government which was announced yesterday. This emergency funding is for sports impacted by the absence of spectators because of coronavirus.

A BBC report quoted DCMS minister Oliver Dowden as saying: “Clubs are the beating hearts of their communities – this boost will help them survive this difficult winter period.”

The government said the Sports Winter Survival Package, which will be largely composed of low-interest loans, will support rugby union, horse racing, women’s football and the lower tiers of the National Football League. It added that rugby league, motorsport, tennis, netball, basketball, ice hockey, badminton and greyhound racing were also in line to benefit.

Sports Minister Nigel Huddleston added that grants would be available where organisations were unable to repay loans. He also said “the door was open” to any sport requiring funding.

The money available is for sports in England, with Scotland, Wales and Northern Ireland responsible for their own budgets.

The Department for Digital, Culture, Media & Sport (DCMS) statement added: “Preliminary allocations have been made on a needs-based assessment process and reflect the submissions made from the individual sports, and the funding process will be overseen by an independent decision-making board and supported by Sport England.”

It said the first tranche of funding will be distributed in the coming weeks.

“Since the start of the pandemic, Badminton England has lost more than £2.2m in income,” he told BBC Radio 5 Live. “The £2m award will help significantly towards closing the gap.

“It ensures the Yonex All-England Championships can take place – it’s the biggest event on the world tour and a qualification event for the Olympics.

“The operation of the organisation also needs the support with 25% of our staff at risk of redundancy – we hope we can save some jobs as a direct consequence. And also, we repurposed Sport England’s money from the outset for our survival. That money was taken away from the grassroots.”