Alan Thatcher May 1, 2019 No Comments on England welcome European rivals to Edgbaston Priory 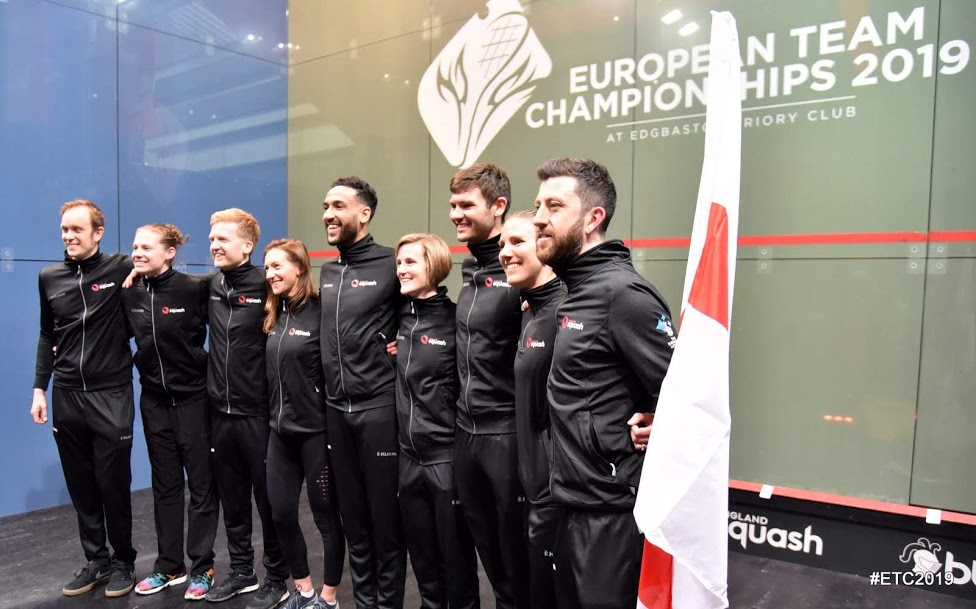 The England squad are welcomed to the court

More than 200 players representing 22 countries assembled in the arena for the opening ceremony of the 2019 European Team Championships at the Edgbaston Priory club in Birmingham.

Priory Club Chairman, David Tucker, extended a warm welcome to the players, saying: “On behalf of the members and staff at Edgbaston Priory Club, we look forward to your company in the clubhouse over the next four days and to seeing some close and exciting matches on court.”

Players from each country then carried their flags on to the court to a soundtrack of legends of the Birmingham music scene before the President of the European Squash Federation, Zena Wooldridge, declared the Championships officially open.

Addressing the players, Zena Wooldridge said: “On behalf of the European Squash Federation, we welcome you to Birmingham and the Edgbaston Priory Club for this the 47th Men’s and the 42nd women’s championships. 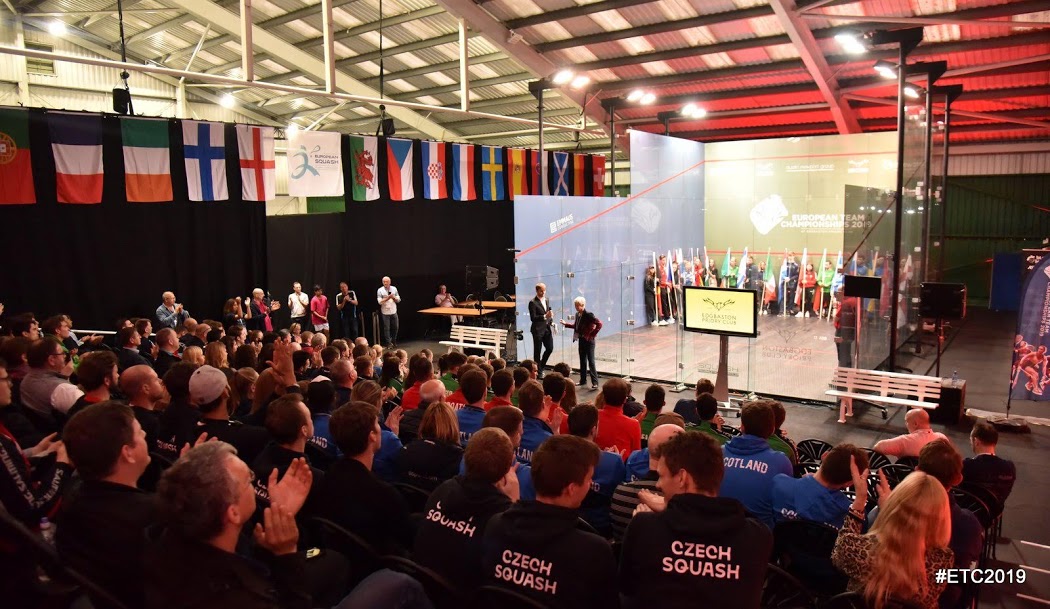 “England last hosted the European Team Championships in 2003 and I am delighted that England Squash backed Edgbaston Priory Club to host this event in 2019.

“This club is one of the most prestigious in the country and as well as having a reputation for delivering excellent tournaments has a fine pedigree in winning titles. The club hosted the National Club Championships at the weekend with the club lifting both the women’s and men’s titles.”

Zena went on to extend her thanks to all the club’s staff, especially Mike Edwards and Mike Harris, volunteers and sponsors for their hard work and support in bringing the event to fruition. 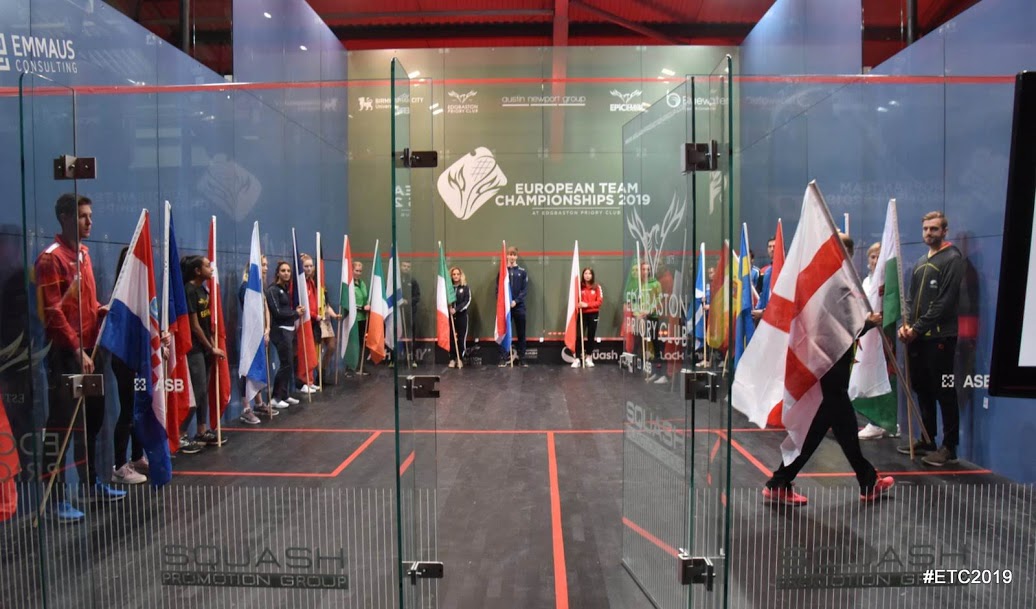 Flag bearers for every competing nation arrive on court