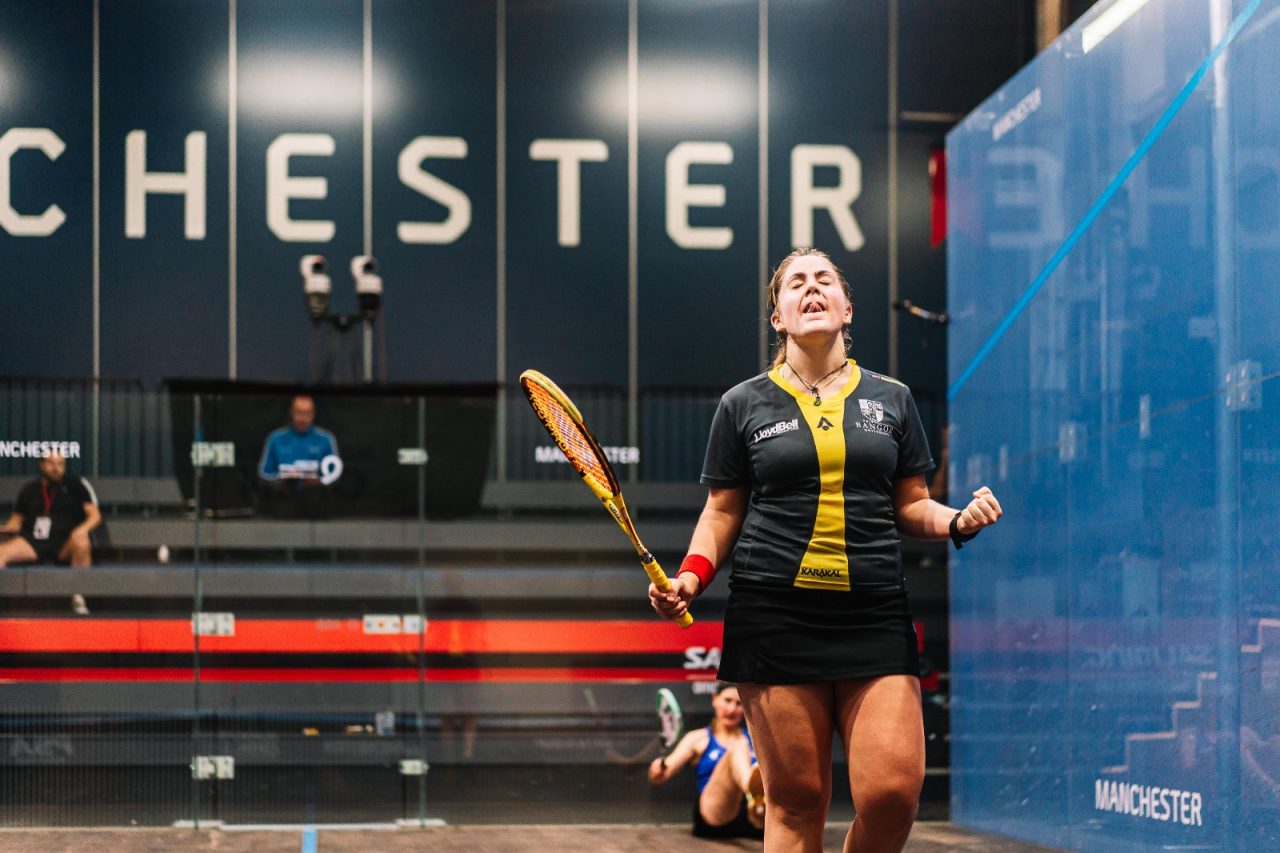 The Welsh player overturned two match balls in a tense decider and held her nerve on her first match ball to vanquish the former World No.3.

“I think I got away with one there, I am a bit lucky that I snuck that at the end, she outplayed me for most of the match, especially in the two games she won,” Evans said.

“It was a matter of either being too passive or too aggressive and I couldn’t find the middle ground. I just had to keep fighting and be a bit brave at the end. I didn’t want to come off and regret it really.

Evans will lock horns with England No.1 Perry for a place in the semi-finals. Perry, the World No.5, completed a superb comeback from 2-0 down to beat Naughton – the first time she has managed to overturn a two-game deficit since she overcame Evans at the Hong Kong Open back in November 2018.

Perry had prevailed in all four of their previous matches on the PSA World Tour but was blown away by Naughton in the opening two games as the Barnsley-born Canadian applied all the pressure on her higher-ranked opponent. 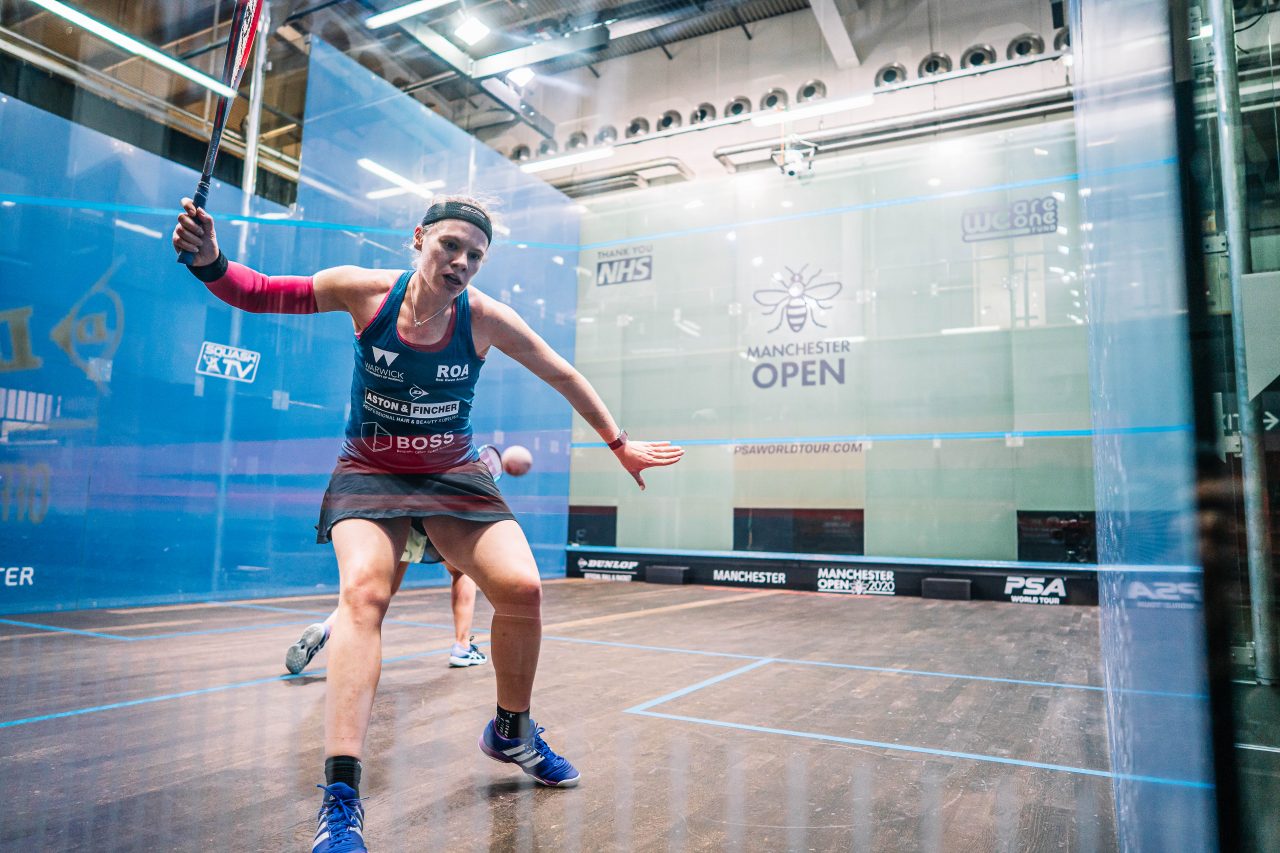 Perry said: “It is never all over. I don’t know when the last time I came back from two games down was. I haven’t even won 3-2 for an awfully long time.

“I know Hollie is a great player. She has been down training with me and I know how well she is moving. She put a lot of pressure on me in the first two games by getting a lot back. Even in that last game she wasn’t going to let me win when I was 10-1 up – she wasn’t going down without a fight. All the plaudits to her and it made me fight. Maybe I was just craving that extreme battle out there.”

Meanwhile, No.2 seed Nour El Tayeb defeated Australia’s Donna Lobban and she will line up against United States No.1 Amanda Sobhy in the next round. Sobhy defeated Belgium’s Tinne Gilis by a 3-1 margin. 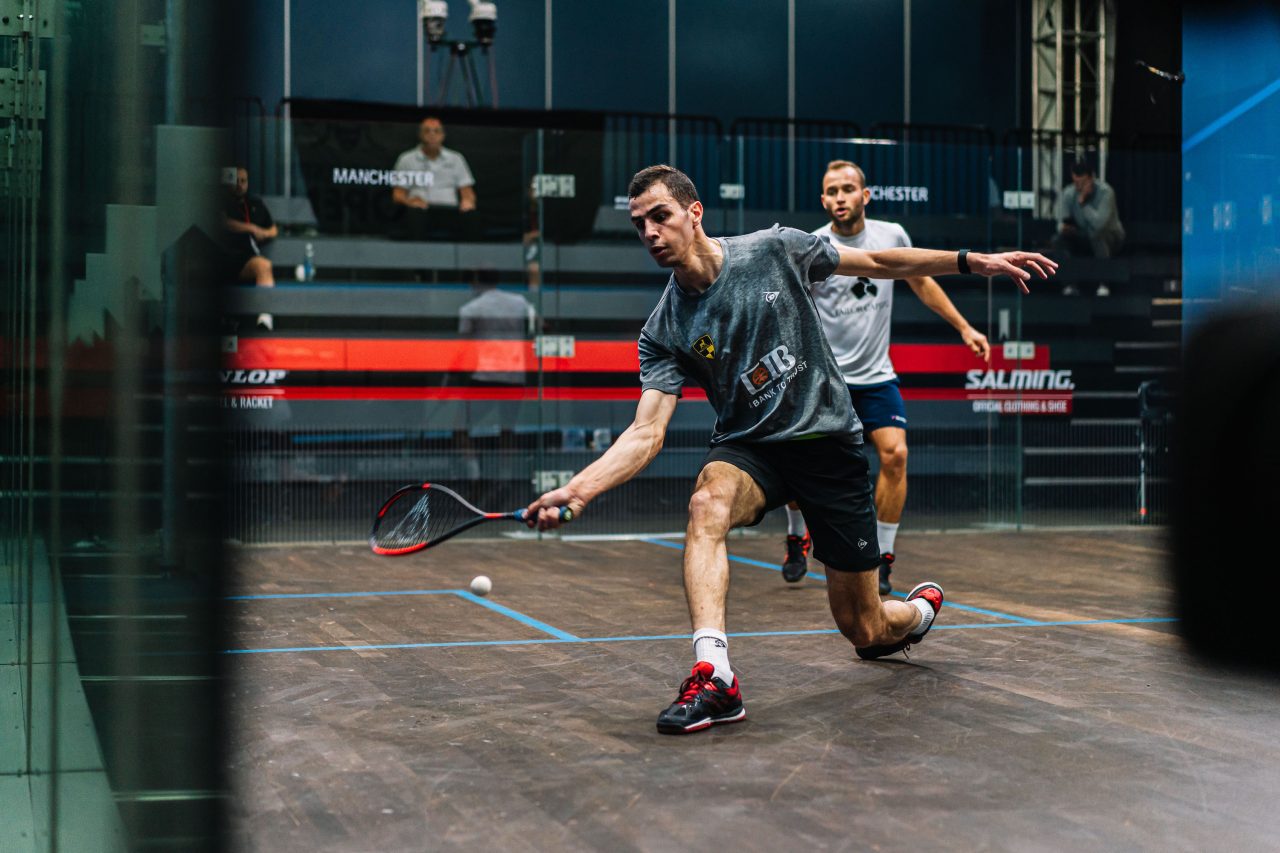 World No.2 Ali Farag continued his Manchester Open campaign in the men’s event as he overcame Frenchman Gregoire Marche, but he was made to work hard for his 11-1, 7-11, 11-8, 12-10 victory.

Farag, who had won all five of their previous meetings on the PSA World Tour, outclassed Marche in the opening game but the No.2 seed was pegged back after a superb response from his opponent. Farag did restore his lead in the third though and overturned three games balls to take the fourth on the tie-break.

“It’s a shame that there is no crowd to watch this,” said Farag, referring to the lack of spectators due to COVID-19 protocols.

“We draw off the energy of the crowd and I wish they were here to be as entertained as we were on court. We train for these kinds of matches and it’s always more pleasurable to have a crowd behind the glass.”

Farag will play World No.7 Marwan ElShorbagy for a place in the semi-finals. ElShorbagy defeated England’s Adrian Waller by a 3-1 scoreline and his head-to-head record with Farag is currently locked at four wins apiece. 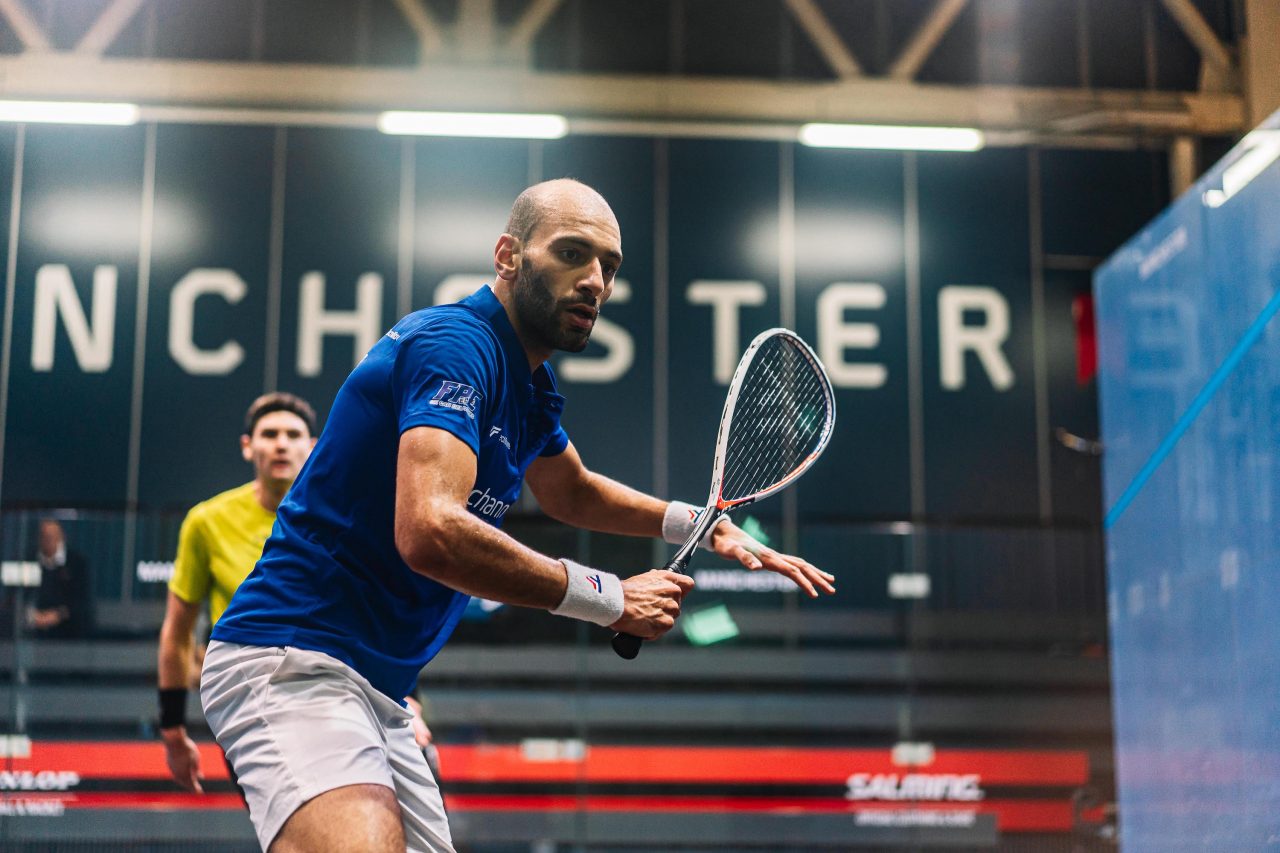 “I was happy with my performance today, I think I played better than in the first round,” said ElShorbagy afterwards.

“I would say I was sharper but I think I need to relax a little bit. I was in a rush in the second game and I wasn’t thinking about what I should be doing in the rallies themselves. But I’m happy with the way I played and I think it will make me sharper.”

Former World No.1 Karim Abdel Gawad also confirmed his place in the quarter-finals after beating England’s Declan James in straight games. He will play Germany’s Simon Rösner, who defeated close friend Nicolas Mueller 3-1 in the final match of the day.

The 2020 Manchester Open quarter-finals begin tomorrow (September 20) at 11:00 (GMT+1). Action will be shown live on SQUASHTV (rest of world), Eurosport Player (Europe only) and the official Facebook page of the PSA World Tour (excluding Europe & Japan).