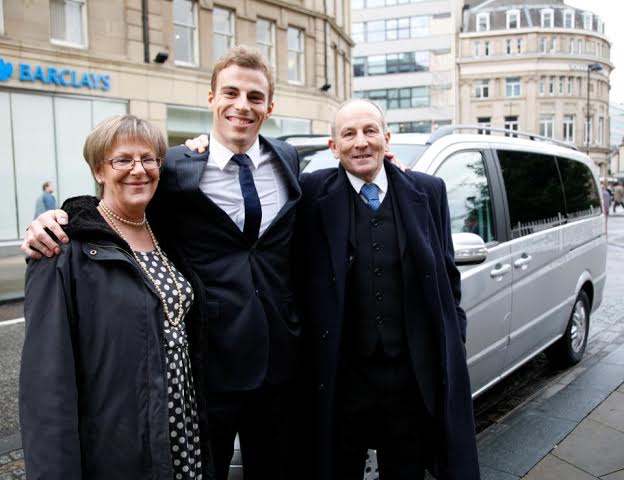 Nick Matthew’s father claims “mental drive” rather than ageing limbs will be the deciding factor when the world number one contemplates retirement from the PSA Tour.

The 33-year-old has taken steps to lighten his schedule after suffering mental exhaustion at the Canary Wharf Classic last March. 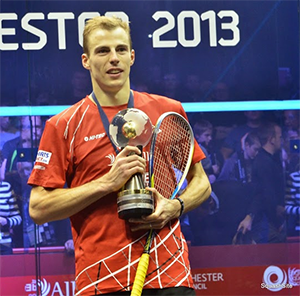 He is now more selective with his tournaments, and his relative freshness contributed to his glorious World Championship victory last November and this month’s return to the summit of the world rankings.

Gold at the Commonwealth Games is the next big target, and Nick’s father Hedley exclusively told Squash Mad that the dreaded ‘R’ word won’t even be considered until after Glasgow.

“He’s not looked beyond the Commonwealth Games, it’s all his training programme is building up to. Even if he doesn’t do so well this week [at the Tournament of Champions], I think he’ll be quite philosophical about it. His big aim this year is the Commonwealths.

“His physical condition is still amazing. The other side of it is mental. Last April Nick had hit a mental barrier. He didn’t want to be there. Physical tiredness or age had nothing to do with it. He needed a fortnight off away from squash to freshen his mind up.

“I think the mental factor of actually wanting to get on that plane, to go away from home, to drive himself to win, will be the deciding factor [when he retires]. 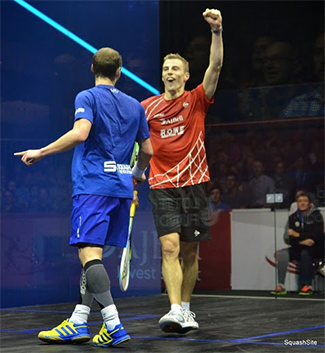 “He will think that through after the Commonwealth Games. It won’t even enter his mind before then.”

There are few players who rely on huge reserves of mental strength as much as Matthew. Hedley insists it was the decisive factor separating his son and Gregory Gaultier in the fifth game of their titanic World Championship final in Manchester (pictured right)

“People said afterwards that Greg was just knackered. I don’t believe that. Players train to last into a fifth game.

“Greg was sitting in his chair just in front of me after the fourth game. Nick was on the other side bouncing up and down, swinging his arms and doing a bit of ghosting. I saw Greg looking across and thinking, ‘Surely not!’

“That was a big mental advantage he established there. After the first two or three points of the fifth game, Greg mentally couldn’t do it. I think his brain couldn’t drag his body through it any more.”

Hedley played a big role in developing Nick’s chief attributes as a young player – his tenacity and physical toughness.

Hedley elaborates: “Nick has a never-say-die attitude but I don’t believe he was born with it. I think that sort of thing is a skill, and any skill is learned. 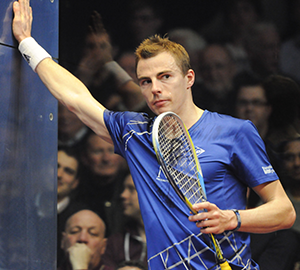 “When we travelled together all the way to Ipswich, Scotland or London for tournaments we didn’t want to mess about. We’d warm up together a good half an hour before his match. I wasn’t being a pushy parent, I was a PE teacher so I knew the benefits of a good warm-up.

“At the end of the match, a lot of the other boys would scoot in the shower, in the car, and off. But Nick and I would warm down, do a jog in the car park. That was where my PE background benefitted Nick. We did things properly, not half-heartedly.”

The fact that Hedley always stayed the right side of “pushy” was crucial in Nick’s development. Hedley had a close-up look at the world’s top ‘squash parents’ last week when his club, Hallamshire, hosted the British Junior Open. He didn’t like everything he saw.

“I think the main problem is a lot of parents think of their sons and daughters as being better than they are, rather than keeping them in check by knocking them back a little bit.

“There were dozens of young squash players who were as good as, if not better than Nick when they were juniors, but aren’t even playing the game any more. They had the talent, but was there too much pressure to put on them to win?

“One of the parents of a young player at Hallamshire chatted to me the other day about her daughter. She said, ‘She can’t beat this girl from Pontefract!’ I said, ‘Forget about that. Try and think about the process, rather than the outcome. Think about how well she’s playing.’

“There’s too much emphasis on the result. “Winning” and “beating” are the only words they use, when actually just being on court with a better player is good for them. Parents can put the emphasis on winning far too much, and that puts any young player under stress.”

Nick himself was a relatively modest achiever as a junior, and only broke into the England team aged 24. Something of a ‘late bloomer’, he only achieved top-class consistency after recovering fully from shoulder surgery in 2009. Since then, his trophy cabinet has needed regular expansion.

In ‘Sweating Blood’, Nick chuckles at how sparsely Matthew Snr dishes out praise, but Hedley is surprisingly moved to tears when asked to describe his pride in his son’s achievements.

“Amazingly proud. When he got to world number one the first time [in June 2010] I was watching it on the TV at the squash club and I had to go out into the car park.

When he stood on the podium with a gold medal at the Commonwealth Games…[pause]. It’s bringing a tear to my eye now. That’s all I can say…Amazing.”

With a newly-married son in his mid-thirties, the subject of becoming a grandfather inevitably comes up, but Hedley is keeping any excitement he might feel under wraps pretty successfully.

“I’m not very good with little babies,” he says. “Obviously it would be fantastic for Nick and Esme, but I’m not very good at all the coo-cooing. I like them to be running around, kicking and hitting things!

“The other thing I don’t like about becoming a grandad is it means I’m getting old. I played squash yesterday and it’s the best I’ve played for about five years, but sometimes I go on court and my legs just don’t move and my back aches.

“I’m not very good at being old. I still think I’m 25. In some ways being a grandad would be fantastic, but in other ways, it’s depressing.”