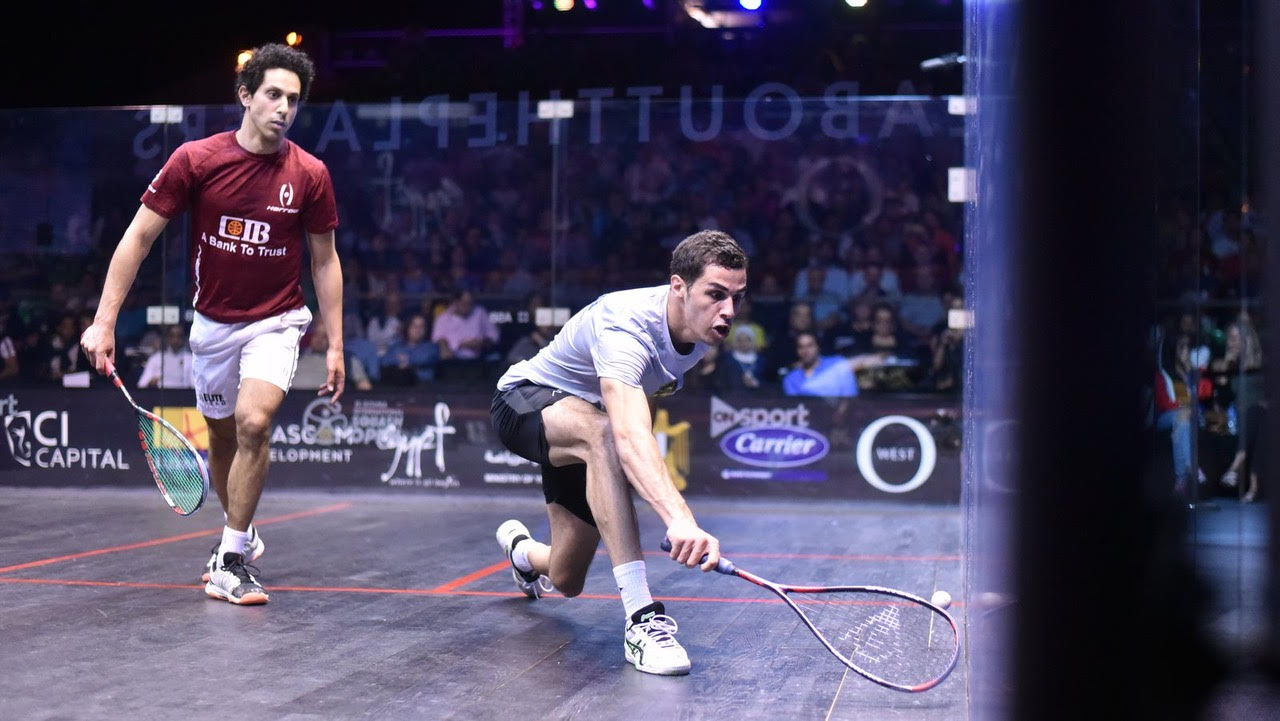 World champion Ali Farag completed a stunning comeback from two games down to beat Tarek Momen in the semi-finals of the El Gouna Open.

It was a thrilling battle as Farag fought back to win the third and fourth games. He held match ball at 10-6 in the fifth but then it was Momen’s turn to show his spirit as he pulled back to 10-10. But this time there was no stopping Farag as he duly completed the job on his fifth match ball.

His victory in the final match of the evening means that both the men’s and women’s finals of the El Gouna International, PSA World Tour Platinum tournament will be all-Egyptian clashes, as Farag, Karim Abdel Gawad, Nouran Gohar and Raneem El Welily all tasted victory on the glass court at Abu Tig Marina.

Farag, 27, lost out to compatriot Marwan ElShorbagy in the final 12 months ago, and will have the chance to go a step further after denying Momen a place in a fourth successive PSA Tour final.

Farag revealed: “I couldn’t be more proud of today. I didn’t start the game badly, but by the end of the first, and then the entirety of the second game, he was standing in front of me.

“He did so for the whole game really, and I couldn’t get the ball back in the deep corners. I have to say thanks to Karim [Darwish] and Nour [El Tayeb] in my corner.

“You know, some days, some people make the difference. Today, looking at my brother who I haven’t seen for a while, he gave me the energy which made all the difference and I am really happy to be through.

“Tarek played really well when he was down. He was attacking really well and he played both points so well. At 10-10, I told myself that it was not lost, and that we were still all even. All credit to Tarek, he never makes it easy but I am over the moon with the win and to be in another final here in El Gouna.” 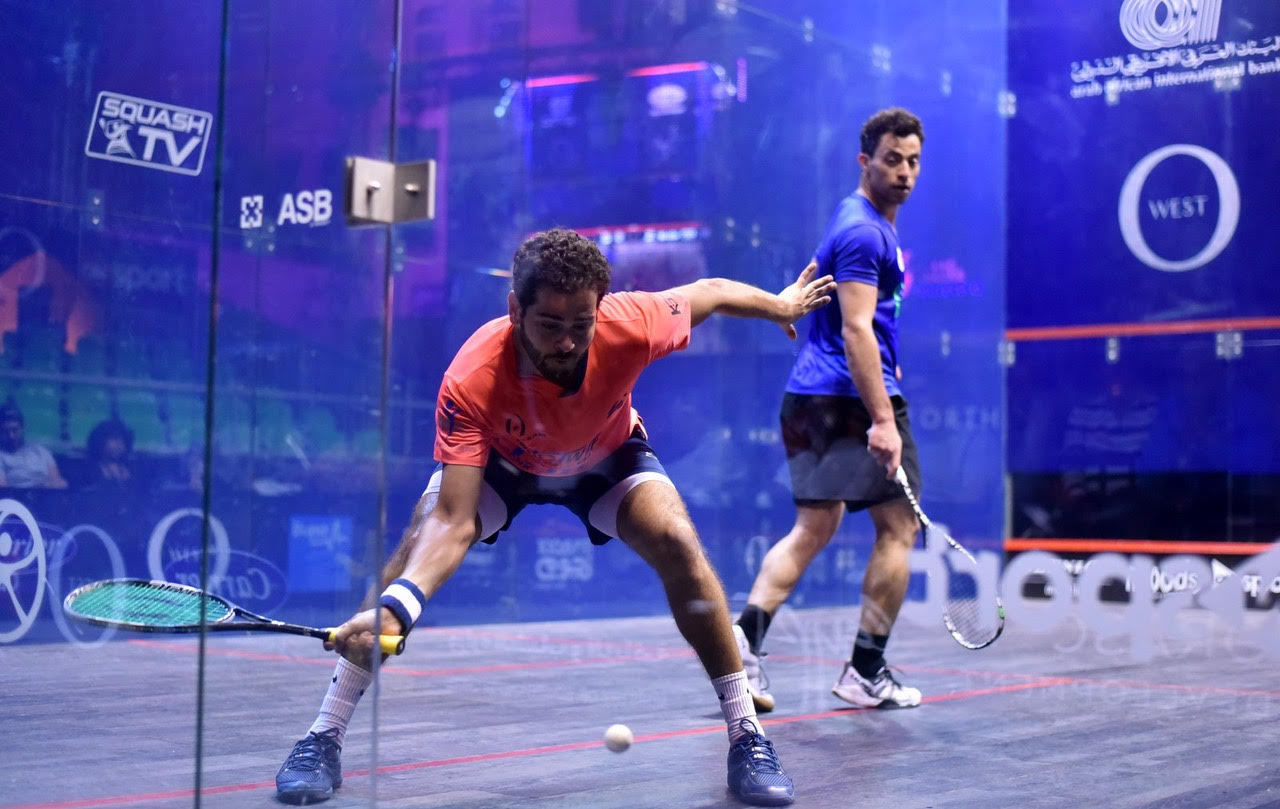 Farag will aim to avenge his defeat to former World No.1 Gawad in the final of December’s Black Ball Open, with Gawad beating wildcard Fares Dessouky 5-11, 13-11, 11-7, 11-1 to reach a second El Gouna International final.

Gawad fell to a one-game deficit and looked on the ropes as Dessouky looked to follow up a quarter-final scalp of World No.2 ElShorbagy. But he found his range towards the back end of the second and stayed out in front to earn his spot in the title decider.

Gawad said: “I didn’t play my best squash today. I feel that in the first game I was picking up the ball for him! So from the second on, I tried and forget about it and push as much as I could, and to stay as strong as I could mentally.

“It was a bit scrappy at times, but this is the outdoor conditions, squash is also an outdoor sport, and we are used to it. I also need to salute Fares, he is just back from an ACL injury, and the way he came back shows how strong and how professional he is.” 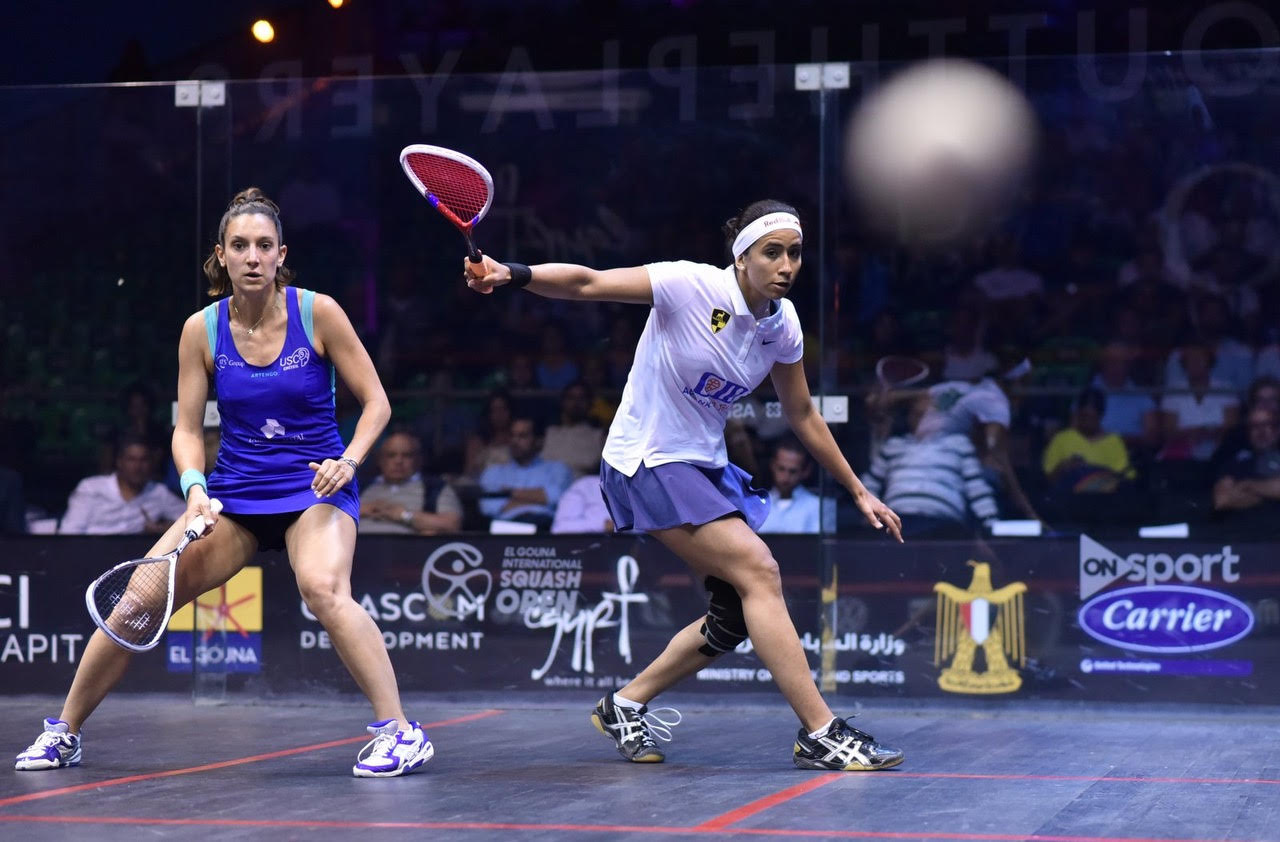 Meanwhile, Gohar advanced to her first Platinum final since August 2016 after beating France’s Camille Serme in four games at Abu Tig Marina. The Egyptian last reached a final of a Platinum event at the Hong Kong Open and will have the chance to add a second Platinum title to her trophy haul after an 11-1, 6-11, 11-5, 11-4 triumph.

“I am feeling very happy right now, I cannot express what I feel at the moment. It’s my first final since 2016, but more importantly, I’m playing well again,” Gohar said.

“My game plan was to put as much pressure on her I could, but making sure I was as accurate as possible. Camille is physically so strong, I cannot reach the ball when she plays her short game, so I had to make sure I was as tight and precise as I could today.”

Her final opponent will be defending champion Raneem El Welily after she eased to a straight games victory over US No.1 Amanda Sobhy. She had won 10 of their 11 previous meetings against the American, with Sobhy’s only victory coming at the 2016 Tournament of Champions.

It was the American that started the stronger, as she controlled the first game. However, Welily saved two game balls as she won four straight points to turn the game around from 10-8 down to win it 12-10. The second and third games were much more comfortable for the World No.1. 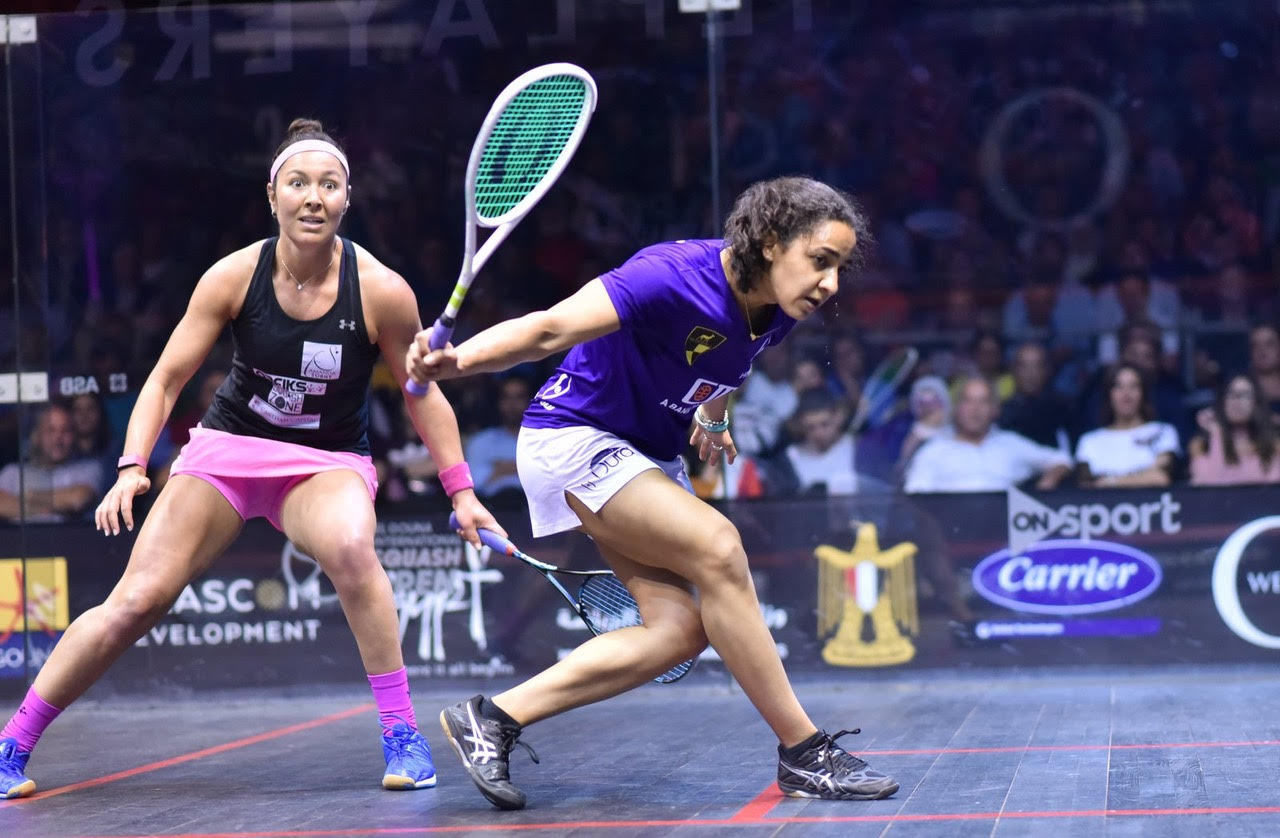 She secured her spot in the final for a second successive year, while she also made it to the final of the women’s PSA World Championships when they were held in El Gouna in 2017. The win also sees Welily move to 12 matches unbeaten, the longest run of her career.

“We are both shot makers so it was always going to be the one who moves to the front first. It was not easy, there was a lot of work involved,” El Welily explained.

“Obviously, winning 3-0 in 27 minutes is a great advantage as I will be fresh for tomorrow’s final. I’m very happy to play against Nouran, she played fantastic squash this week, she is a terrific player, we had a lot of great matches this season, and no doubt tomorrow will be another great battle.”

The action comes to a conclusion tomorrow as the finals take place at Abu Tig Marina. Play will start at 19:30 local time (GMT+2).

The finals will be broadcast live on SQUASHTV (rest of world), Eurosport Player (Europe only) and the official Facebook page of the PSA World Tour (Indian subcontinent only).