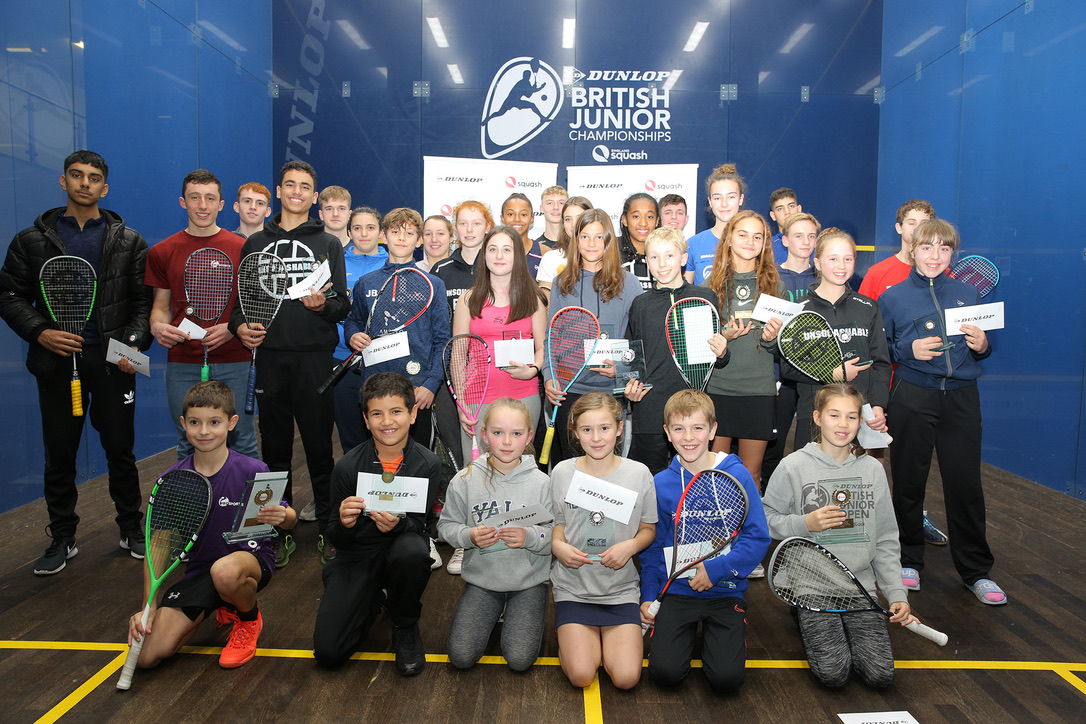 Finalists at the Dunlop British Junior Open in Nottingham

The Dunlop British Junior Championships 2019 reached a dramatic conclusion as eight of the top seeds triumphed, with Ireland’s Denis Gilevskiy making history by becoming the first Irishman to lift the Boys Under 17 title.

Champions were crowned from five English counties, with Ireland (Denis Gilevskiy) and Scotland (Georgia Adderley, GU19) landing podium finishes for the second consecutive year at one of the most prestigious tournaments on the junior circuit.

After Todd took the first two games, Anderson fought back resiliently to claim the third. Todd quickly responded, breezing into a 7-love lead before closing out the match 11-3 to earn his fifth BJC title.

Describing his victory, Todd said: “It feels great to have won all of the age groups and the under 19s feels the best of them all! Playing Lewis is always tricky because we’re both quite explosive and play short a lot. I just had to be patient and not attack too much.” 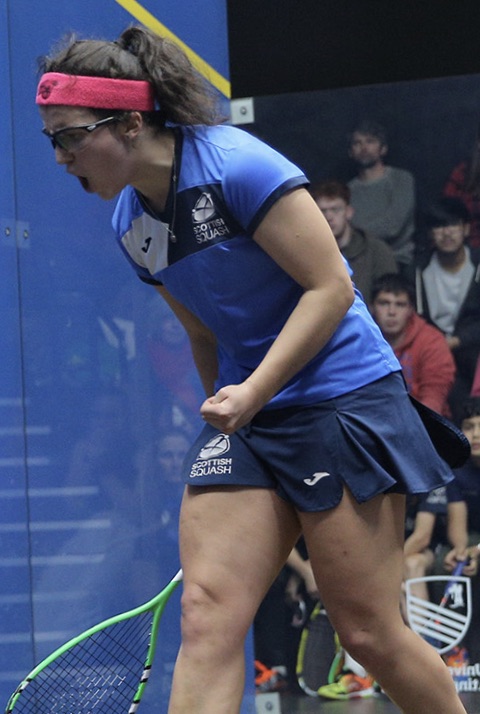 Green quickly replied to snatch the third 11-7 before Adderley wrapped up the victory in a physical fourth game. The match finished 11-7, 11-8, 7-11, 11-8, marking a third consecutive BJC title for the Scot.

“I’m over the moon,” said a delighted Adderley. “Coming in with the pressure of number one seed is always really hard. Alice gave a really good fight today, so it was a tough one.”

In the BU17, [1] Denis Gilevskiy had to go the distance to earn his second consecutive BJC title following an epic battle against [3/4] Hassan Khalil (Warks). After losing the first game, Gilevskiy regained control to win the next two. Khalil forced a decider but Gilevskiy came from 9-7 down to prevail 7-11, 12-10, 11-8, 5-11, 11-9, becoming the first Irish champion of the BU17.

“It feels great to win a second British title,” said the Irish no.1. “The final was tough, and it came down to last ditch efforts, but I pulled through and I’m overjoyed. It’s great to put Ireland on the map.”

The GU17 was an equally close encounter. Top seed Torrie Malik (Sussex) had to fight tooth and nail against [2] Saran Nghiem (Lancs) to capture her third BJC title. 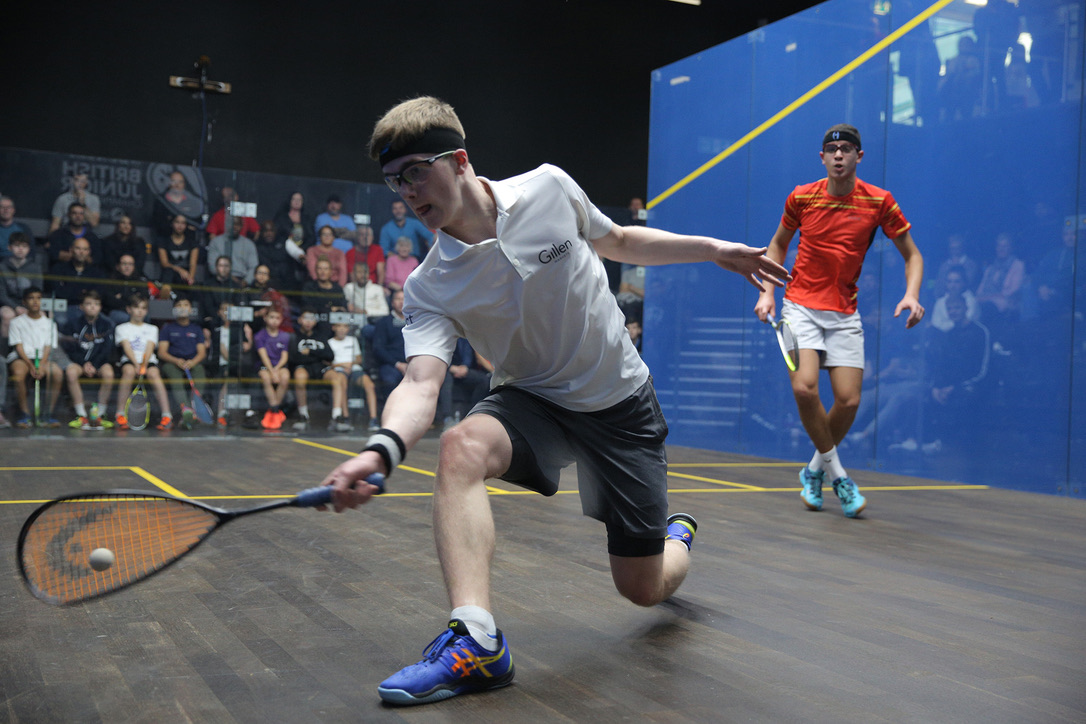 “It feels amazing to be British champion again,” said a tired Malik. “It was a tough game against Saran, she’s playing really well at the moment. It was a physical game, but it feels amazing to have won and hopefully there’s more to come.”

In the biggest upset of the day [5/8] Tala Abaza (Middx) overpowered GU13 top seed Charlie McCrone (Lancs) to claim her maiden British title. Abaza’s power and athleticism proved to be the difference as she triumphed in straight games 11-8, 11-9, 11-3.

Elsewhere, in the BU15 top seed Jonah Bryant (Sussex) secured his second BJC crown following a straight games victory over [2] Abd-Allah Eissa (Warks) 11-6, 11-8, 12-10. Bryant cruised through the first two games but had to fend off a resurgent Eissa who held game point in the third game.

Describing the moment he won, Bryant said: “It feels great to be champion again. I was just thinking don’t hit a stupid shot, just get it in!”

“It feels absolutely amazing to be British champion again,” said Harris. “Amelie is an amazing player. When she saved championship point I was thinking, I can’t last another couple of points. My legs were going, I was shaking. But as soon as I hit the drop shot [to win] I was so relieved.”

In the BU13, [1] Alexander Broadbridge (Hants) defeated [3/4] Dylan Roberts (Kent) 11-4, 11-9, 11-6 to claim his first BJC title. Broadbridge made the most of his height advantage and dominated the court to secure a convincing victory.

In a high-quality encounter, [1] Reka Kemescei (Sussex) produced a skilful performance to defeat [3/4] Harriet Broadbridge (Hants) and claim the GU11 title. Broadbridge clawed her way back from 7-1 down to 10-6 in the first game and holding game point in the second, but the first seed held on to win 11-6, 13-11, 11-4.