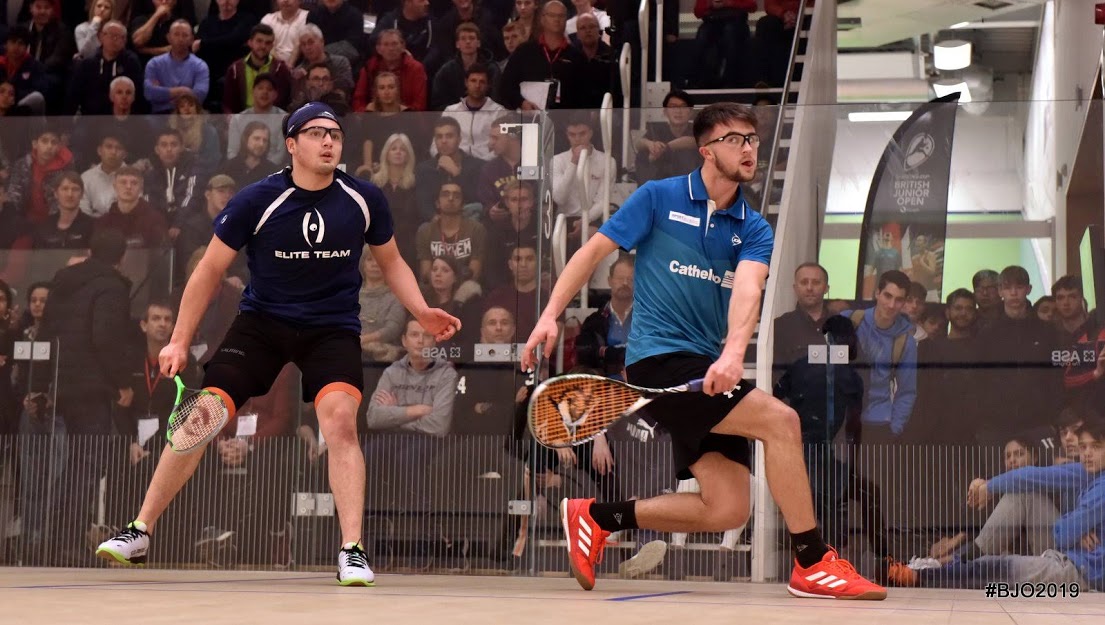 Day three of the Dunlop British Junior Open in Birmingham saw 40 juniors from nine nations seal semi-final berths with more than three-quarters of the field being Egyptian, Malaysian or English.

Egypt leads the field with 20 semi-finalists, followed by Malaysia with seven, hosts England with five, India and Pakistan with two and Hong Kong, USA, France and Ireland with one.

All but one of the top seeds made it through, with the top four seeded players winning in five of the 10 categories, while Egypt continued to dominate much of the main draw and seal precisely half of all the slots on offer.

Twenty Egyptian boys and girls were victorious in their quarter-final ties at the University of Birmingham, and will feature in the last four of every age-category excluding the Boys’ Under 13 competition.

Five of the categories proceeded exactly as their respective seedings had intended, with the Boys’ Under 11 and Girls’ Under 11, Under 13, Under 17 and Under 19 categories all featuring victories for the four top-ranked players. Egypt is guaranteed an eventual champion in at least one of those, given that a quartet of its representatives make up the entire Girls’ Under 13 last four.

England is the third-best represented nation in the semis, with five home players now within touching distance of places in Sunday’s finals.

Boys’ Under 13 second seed Abd-Allah Eissa (Warwickshire) is now the highest-ranked remaining player in the category, after seeing off a spirited challenge from Pakistan’s [9/16] Anas Ali Syed, and holding his nerve in a tight second and third game to prevail 3-0: 11-6, 12-10, 12-10.

And Yorkshiremen Sam Todd and Nick Wall will be gunning for glory in the Boys’ Under 17 and Under 19 events respectively.

Full results can be viewed at www.britishjunioropen.com/draws-results